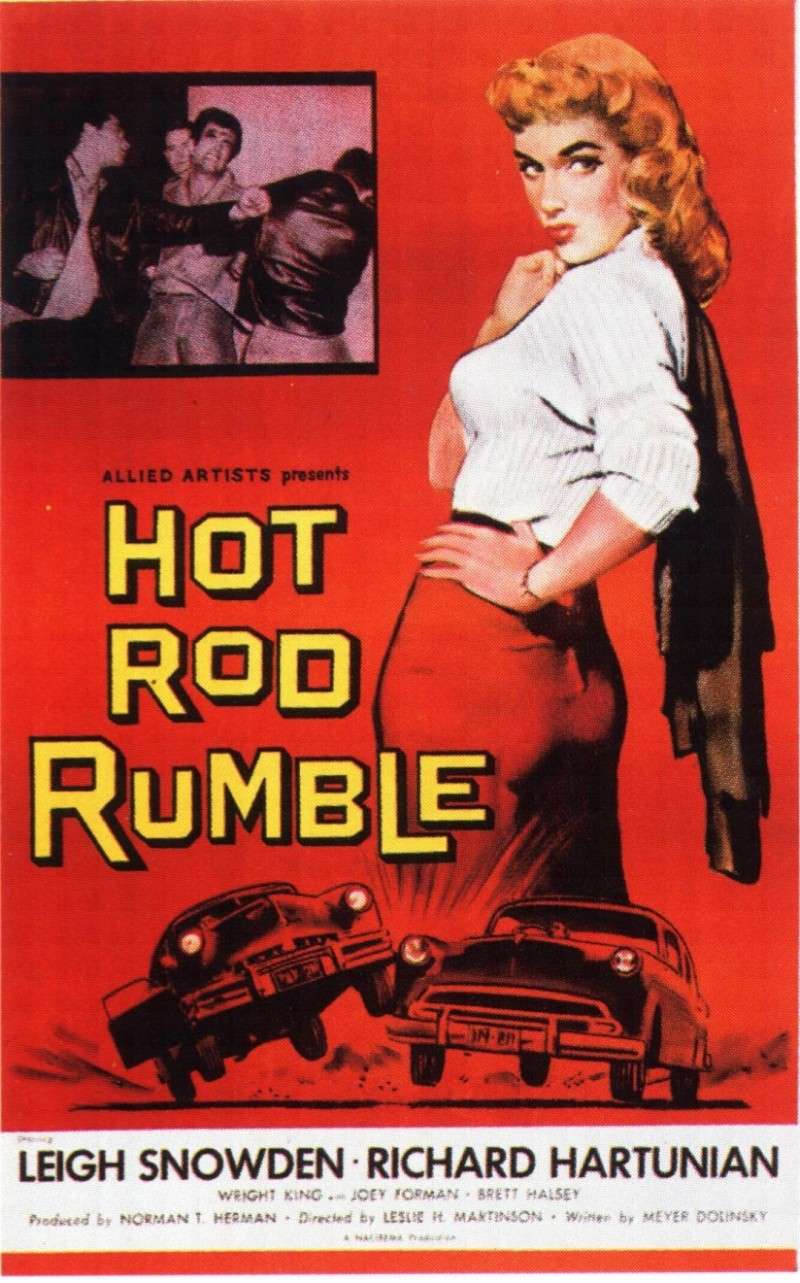 79 min - Crime | Drama - 9 June 1957 (USA)
Story:
Arny joins a hot rod club, but his eccentric mannerisms (a Marlon Brando rip-off performance from "The Wild One" by look-alike Hartunian) make him unpopular. At a party, Terry rebukes him for his coarseness and centers her attention on another boy. A fight between the two men is stopped by Jim Lawrence, but Ray Johnson, pretending friendship with Arny, keeps the antagonism going and tries to win Terry for himself. Driving home, Hank and Terry are harassed by a hot rod which they think is driver by Arny. Swerving to avoid a collision, they are thrown from the car, and Hank is killed and Terry badly injured and unconscious. Ray, the actual driver of the hot rod, carries Terry to his car, but frightened by approaching vehicles, he returns her to the wreckage and flees. All, including Terry, blame Arny for the wreck, but there is no proof. Vindictive club members destroy Arny's car and beat him mercilessly. He rebuild his car for the big race. Terry goes to the race with Ray and, in his car she finds an earring she lost in the accident and realizes it was Ray who drove the fatal car. Arny wins the race, sour disposition and all, wins the race and Terry forces Ray to admit the truth about the wreck 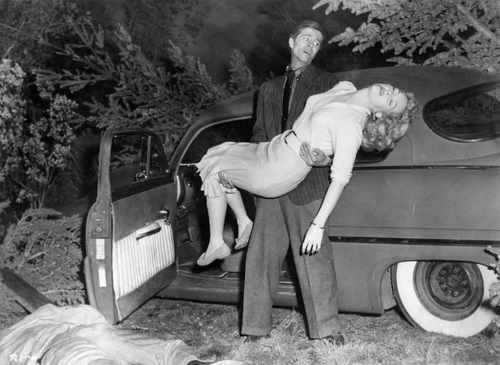 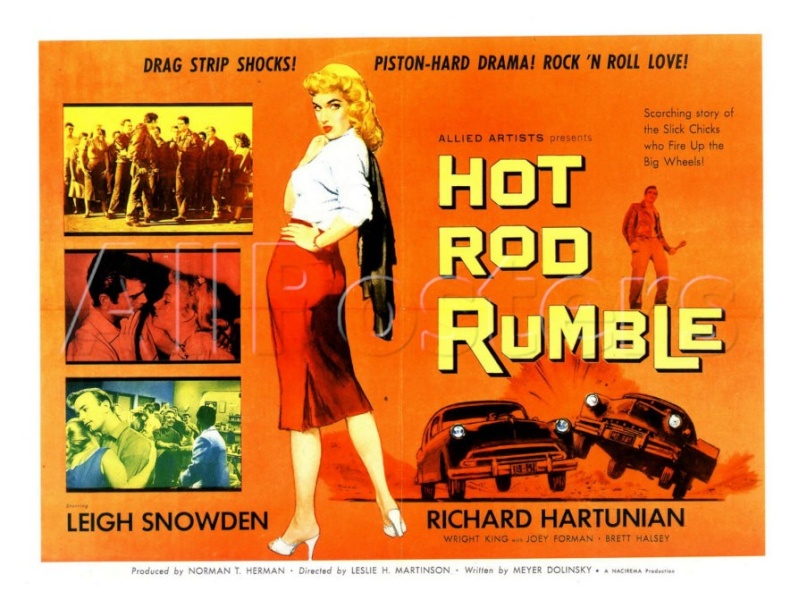 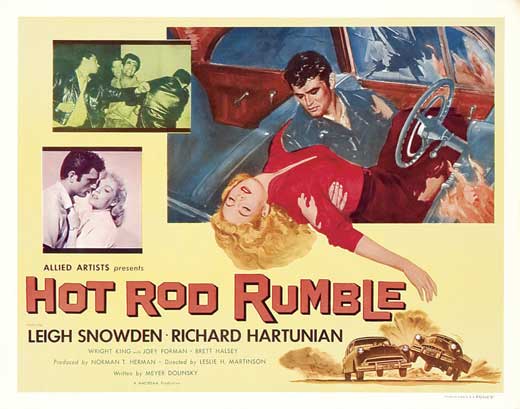