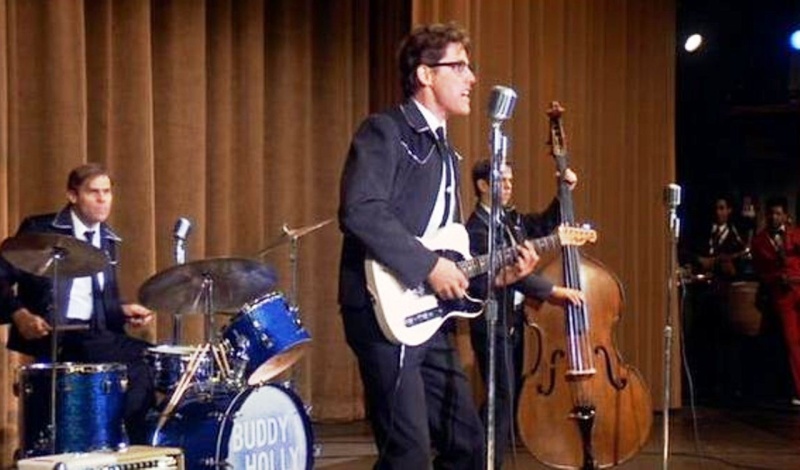 The film was adapted by Robert Gittler from Buddy Holly: His Life and Music, the biography of Holly by John Goldrosen. It was directed by Steve Rash 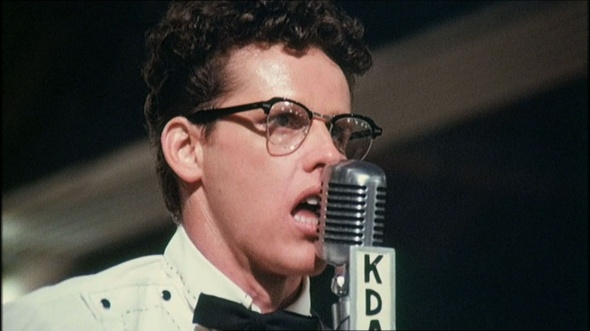 Story:The film opens with Buddy Holly's beginnings as a teenager in Lubbock, Texas and his emergence into the world of rock and roll with his fictional good friends and bandmates, drummer Jesse Charles (Don Stroud) and bass player Ray Bob Simmons (Charles Martin Smith), soon to be known as The Crickets. Their first break comes when they are brought to Nashville, Tennessee to record, but Buddy's vision soon clashes with the producers' rigid ideas of how the music should sound and he walks out. Eventually, he finds a more flexible producer, Ross Turner (Conrad Janis), who, after listening to their audition, very reluctantly allows Buddy and the Crickets to make music the way they want. 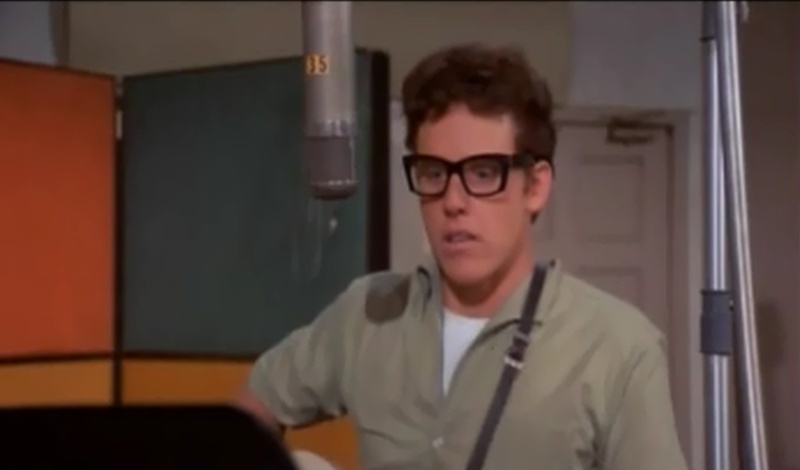 While there, he meets Turner's secretary, Maria Elena Santiago (Maria Richwine). His budding romance with her nearly ends before it can begin, when her aunt initially refuses to let her date him, but Buddy persuades her to change her mind. On their very first date, Maria accepts his marriage proposal and they are soon wed. 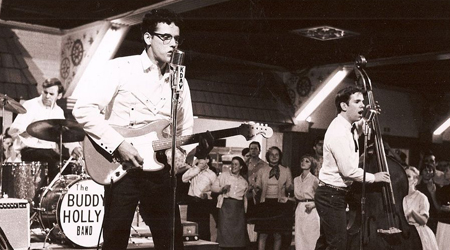 A humorous episode results from a misunderstanding in one of their early bookings. Sol Gittler (Dick O'Neill) signs them up sight-unseen for the famous Apollo Theater in Harlem, assuming from their music that they're a black band. When three white Texans show up instead, he is stunned, but unwilling to pay them for doing nothing, he nervously lets them perform and prays fervently that the all-black audience doesn't riot at the sight of the first all-white band to play there. (In real life, that distinction belongs to Jimmy Cavallo and The House Rockers, who played at that venue in 1956.) After an uncomfortable start and an initially hostile crowd, Buddy's songs soon win them over and the Crickets are a tremendous hit. Gitler books them to come back several times. 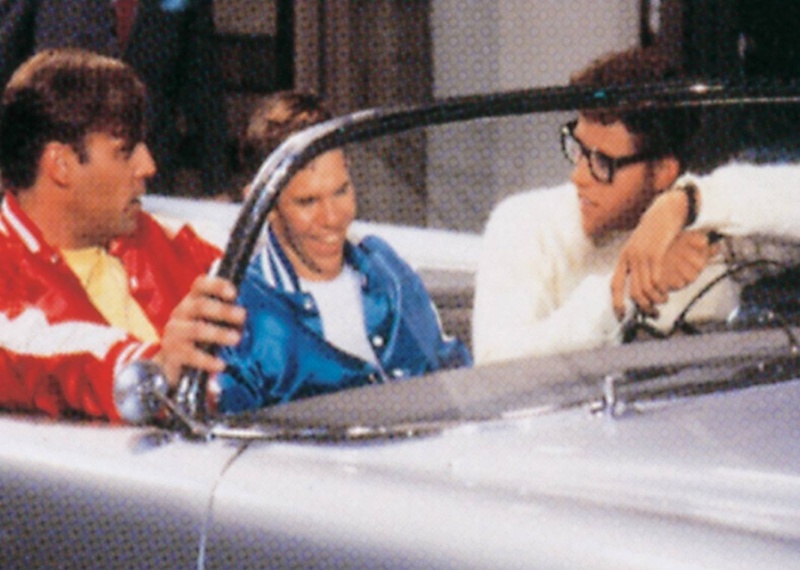 After two years, Ray Bob and Jesse decide to break up the band, feeling overshadowed by Buddy and not wanting to relocate to New York City. Initially, he is saddened by their departure, but he soldiers on. When Maria announces that she is pregnant, Buddy is delighted. 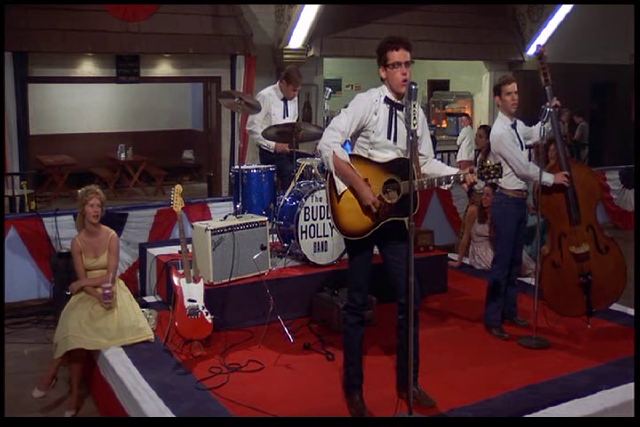 On February 2, 1959, preparing for a concert at Clear Lake, Iowa, Holly decides to charter a private plane to fly to Moorhead, Minnesota for his next big concert. The Big Bopper and Ritchie Valens join him on the flight. Meanwhile, the Crickets, feeling nostalgic, appear unexpectedly at Maria's door, expressing their desire to reunite the band. They plan to surprise Buddy at his next tour stop. After playing his final song, "Not Fade Away", Holly bids the crowd farewell with "Thank you Clear Lake! C'mon. We love you. We'll see you next year". A caption then reveals the deaths of Holly, Valens, and the Bopper in a plane crash that night...and the rest is Rock and Roll. 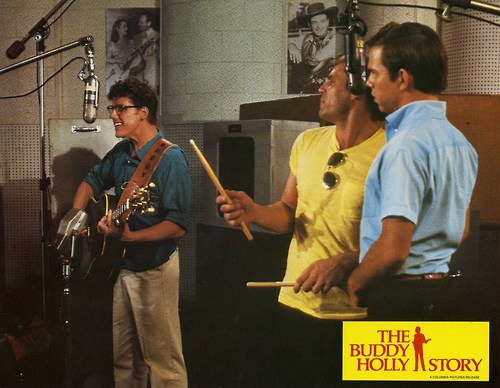