Great Balls of Fire! is a 1989 American biographical film directed by Jim McBride and starring Dennis Quaid as pioneer rock 'n' roll star Jerry Lee Lewis. Based on a biography by Myra Lewis and Murray M. Silver, Jr., the screenplay is written by McBride and Jack Baran.[1] The film is produced by Adam Fields, with executive producers credited as Michael Grais, Mark Victor, and Art Levinson. 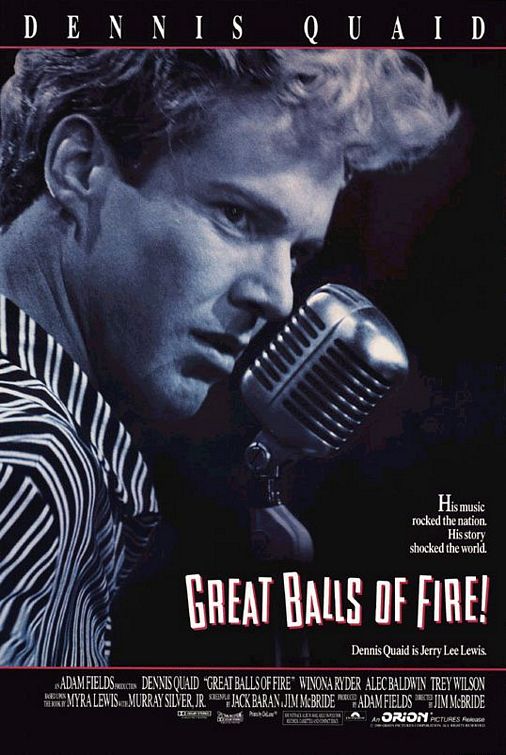 The early career of Jerry Lee Lewis, from his rise to rock 'n' roll stardom to his controversial marriage to his 13-year-old cousin that led to his downfall, is depicted in the film. Until the scandal of the marriage depreciated his image, many had thought Lewis would supplant Elvis Presley as the "King of Rock and Roll" in the 1950s. 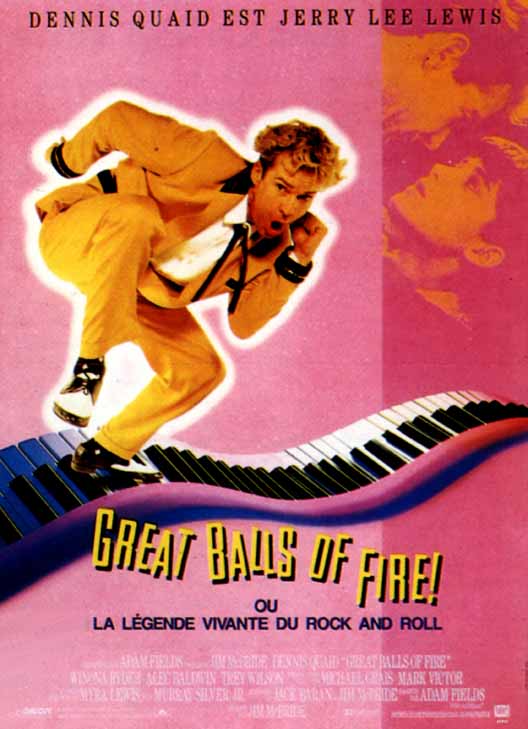 Jerry Lee Lewis (Quaid) plays piano (as opposed to a guitar like most other rock artists) during rock 'n' roll's early years from 1956 to 1958. Jerry Lee is a man with many different sides: a skilled performer with little discipline, and an alcoholic. As Jerry Lee rises to the top of the charts with such hits as "Crazy Arms", "Whole Lotta Shakin' Goin On", and "Great Balls of Fire", he falls in love with Myra Gale Brown (Winona Ryder), the 13-year-old daughter of his first cousin (and bass player) J. W. Brown (John Doe), and eventually marries her, (eloping to Mississippi), much to the anger and chagrin of her parents. 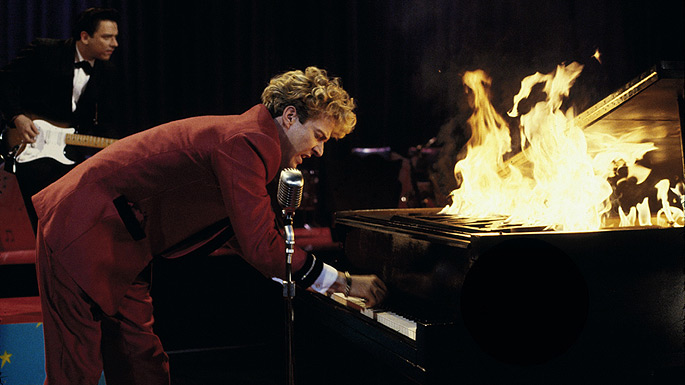 A subplot deals with Jerry Lee's relationship with another cousin, evangelist Jimmy Swaggart (Alec Baldwin), who, during this period, was a struggling Pentacostal preacher. Jimmy's career kept him in constant conflict with his cousin's wild rock 'n' roll career and brings out some uncomfortable exchanges between the two. The now-financially successful Jerry Lee buys a new car and gives it to his cousin, and when Jimmy praises the Lord for the gift, Jerry Lee replies, "Don't thank Jesus, thank Jerry Lee Lewis!" 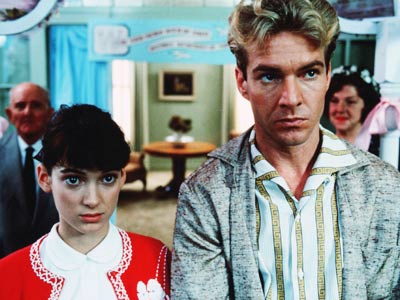 While Jerry Lee is touring in England, a British reporter discovers he is married to his teenage cousin. Jerry Lee is then condemned as a child molester and a pervert by the public. As a result, his British tour is cancelled and he is deported from England. It doesn't diminish Jerry Lee's confidence that his career will continue. However, the scandal follows him back to the States. 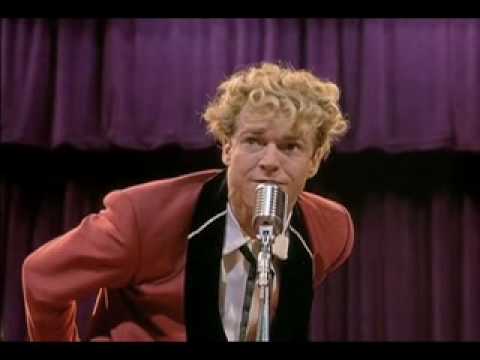 Jerry Lee resigns to alcoholism when record sales and concert attendances are significantly down. He is furious when requested to print a public apology in Billboard and becomes increasingly abusive toward Myra. It was during one of these abusive episodes that Myra informs Jerry Lee that she is pregnant, and he collapses into Myra's arms, crying hysterically. 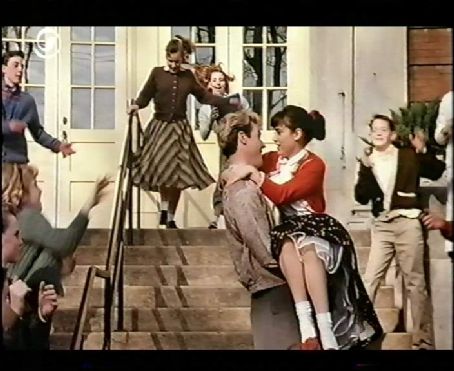 Jerry Lee and Myra attend a church service conducted by Swaggart. When Jimmy offers one more chance to become saved and get right with God, Jerry Lee again refuses, declaring, "If I'm going to hell, I'm going there playing the piano!" The caption preceding the closing credits reads, "Jerry Lee Lewis is playing his heart out somewhere in America tonight."
_________________
We don't care the People Says , Rock 'n' roll is here to stay - Danny & the Juniors - 1958 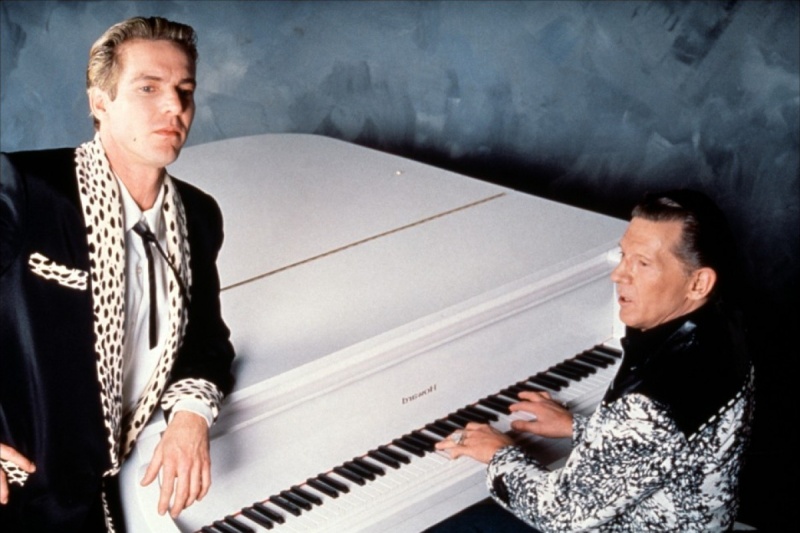 Soundtrack
An original motion picture soundtrack was released by the producers on the Polydor Records label on June 8, 1989. Jerry Lee Lewis re-recorded his music from the 1950s for the soundtrack with the title track "Great Balls Of Fire," "Whole Lotta Shakin' Goin' On" and "That Lucky Old Sun." The soundtrack contains 12 tracks.[7]