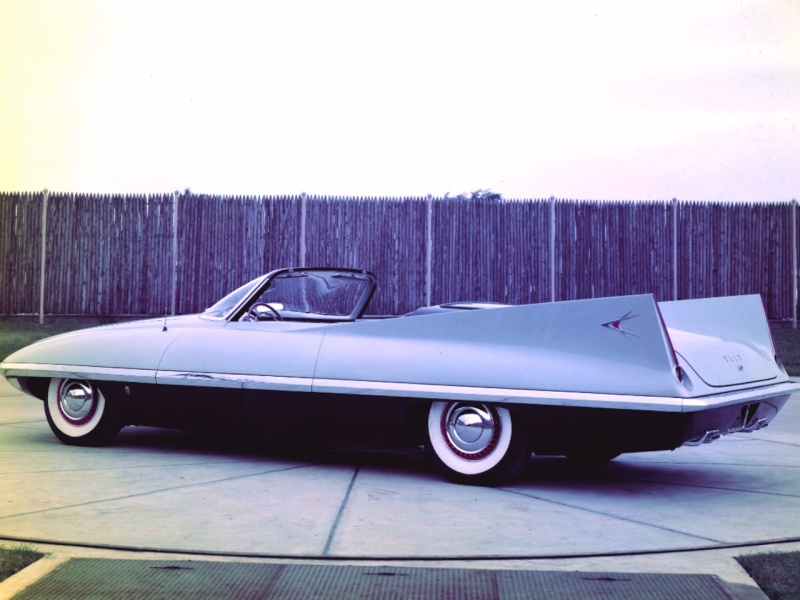 This 1956 Chrysler Dart Concept is a vehicle constructed to defy wind. It was very aerodynamic and finely tuned in one of Europe's largest wind tunnels. At the time of its construction, it was the most aerodynamic car in existence. It had less than one-third the air drag of any other passenger car on the road. 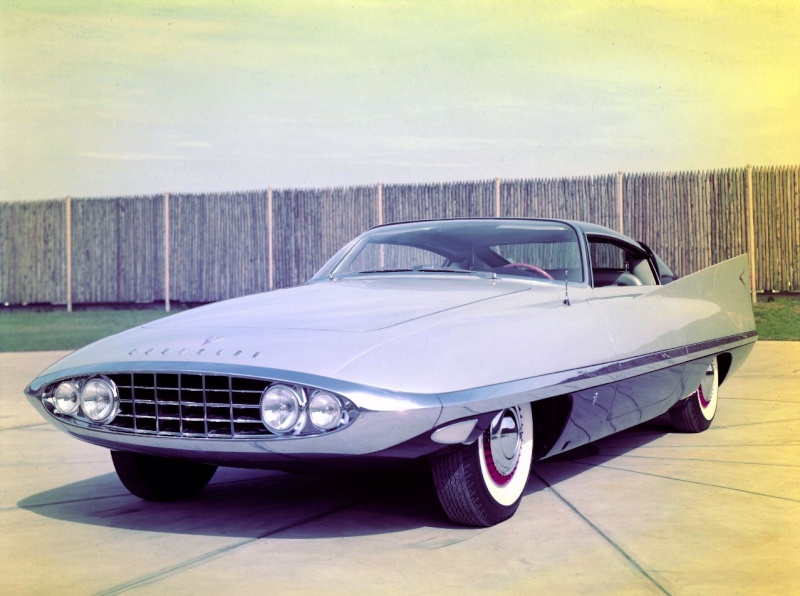 The design of the vehicle was handled by Virgil Exner's design studio at Chrysler. 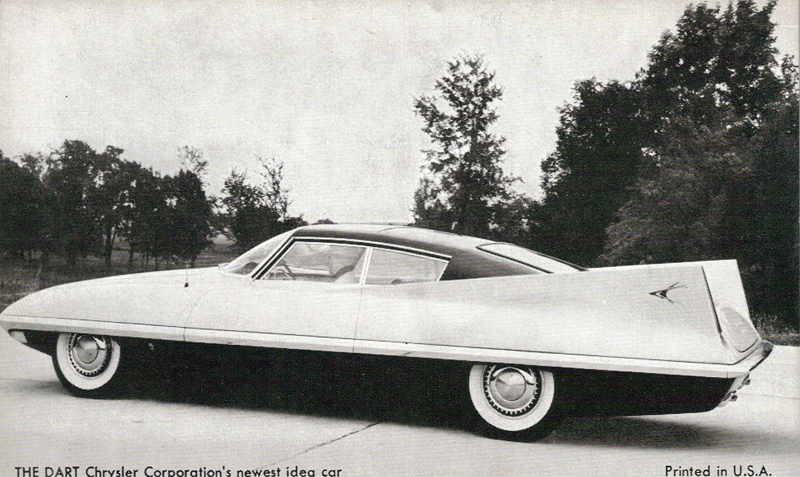 The bumper was a wrap-around rubber mounted unit that provided protection while still preserving the vehicles design and aerodynamic principles. There was a sliding roof panel which could be removed and carefully concealed in a special compartment behind the rear seat. Part of the roof could also be retracted which would leave the rear seat mostly closed, but the front seat open. 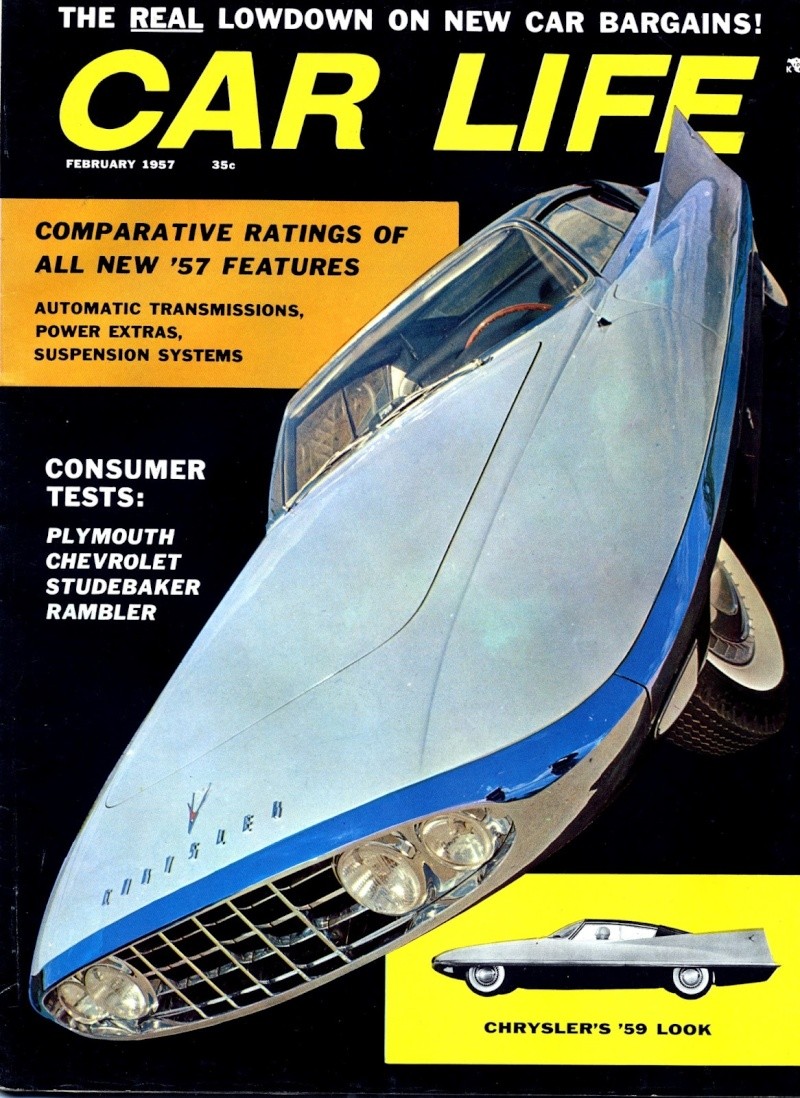 Virgil Exner reportedly described it as his favorite concept car and the epitome of his desire to make the most aerodynamic and scupltured cars possible, and early next year the Chrysler Diablo will come up for auction once again as part of Barrett-Jackson’s all-reserve Salon Collection. 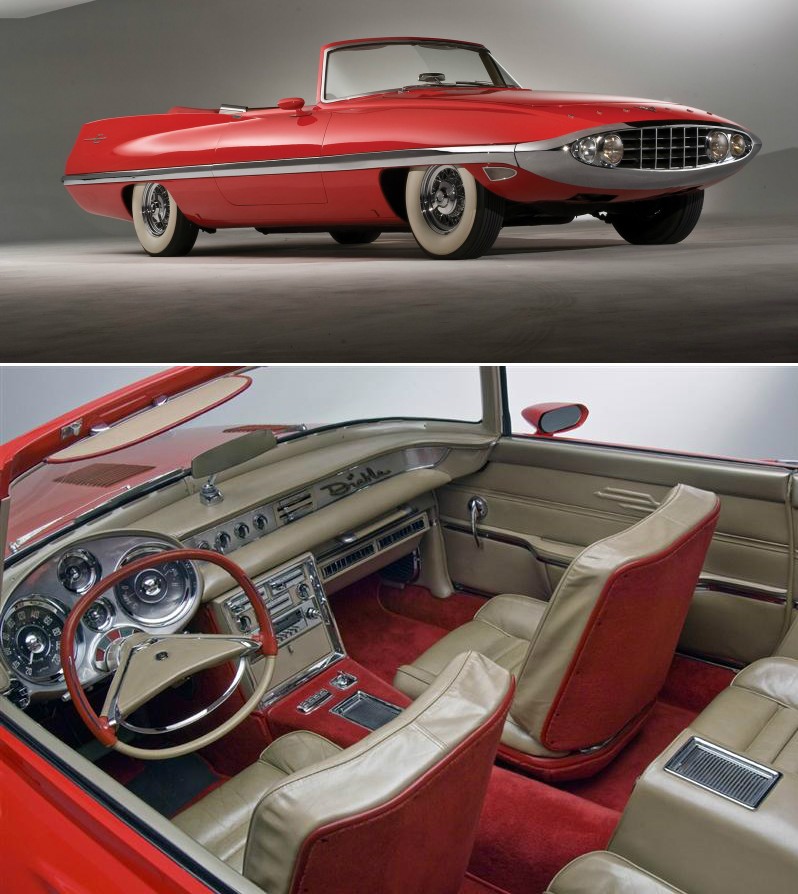 Originally appearing as the Dart concept car in 1956, Chrysler stressed the importance of aerodynamics in its development, noting that ink blots driven by 200 MPH winds in a wind tunnel inspired its shape and that every aspect of its design – from the severely raked windshield down to the design of the engine compartment – was intended to reduce drag as much as possible. Built by Ghia from Exner’s designs on a 1956 Chrysler chassis stretched three inches, the Dart featured a dual-quad Chrysler 354-cu.in. Hemi V-8, pushbutton TorqueFlite automatic transmission, and seating for four under a retractable fastback-style hardtop roof. To maximize its investment, Chrysler decided to revamp the Dart for 1957, removing the roof entirely (the retractable portion of it didn’t work well, according to the Diablo’s current owner), reducing the height of the fins, installing a dual-quad 392-cu.in. Hemi, and repainting it red. 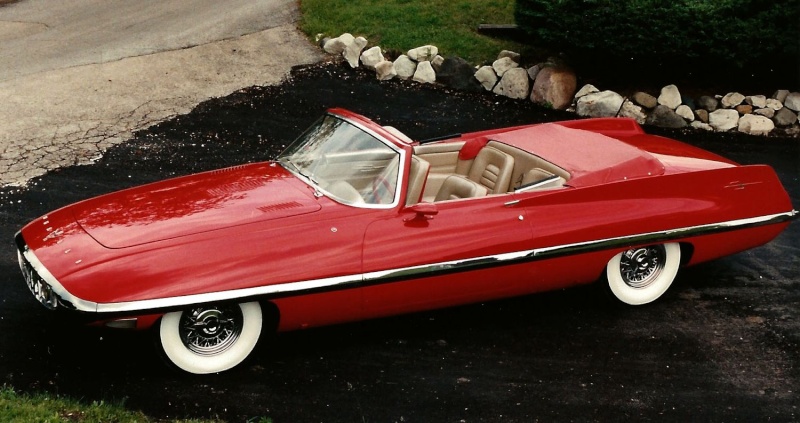 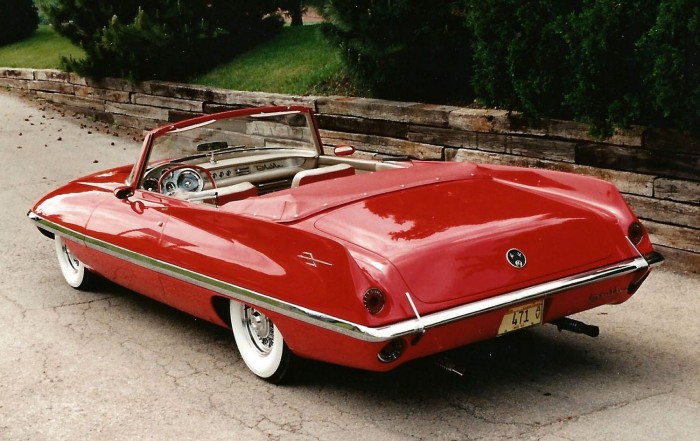