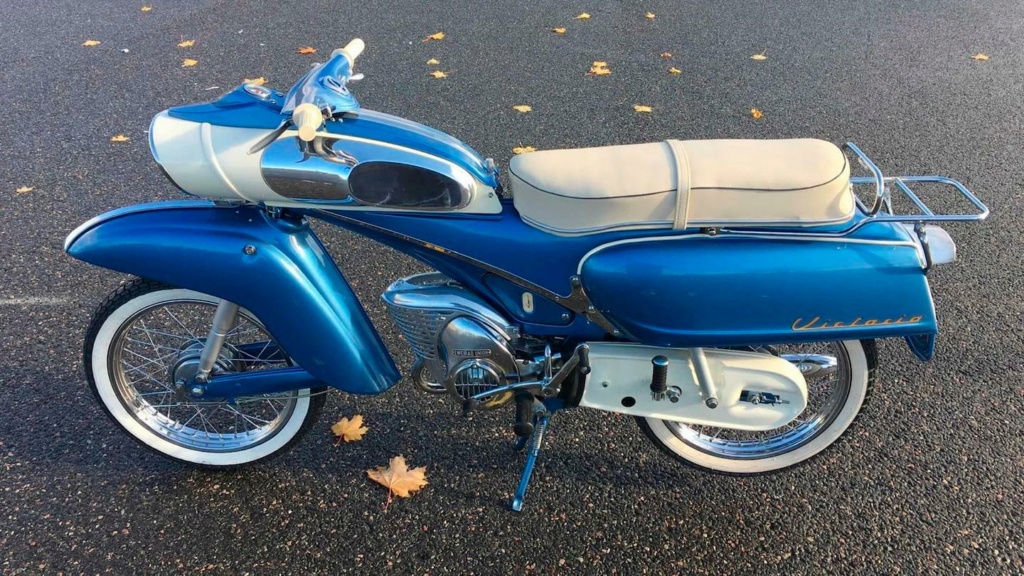 This stylish light motorcycle made by Zweirad Union is considered to be the icon of 20th century European design. There were several variants of this model, sold under Victoria, DKW and Express names. They all shared the nickname Tin Banana or Blechbanane. They were identical, only color schemes were different.
Victoria 115: blue with cream tank and white seat
DKW 115: anthracite with cream tank and white seat
Express 115: sand color with cream tank and white seat
Additional variant (available for each Zweirad Union make) was Kavalier: perl white with brown tank and red seat.
Another "Tin Banana" model built by Zweirad Union was Type 155. This machine was a bit faster (power output: 4.2 HP and top speed: 70kph) It also had high beam lamp and electric horn. Besides it was identical with Type 115.
Tin Banana model was in production from 1961 to 1965 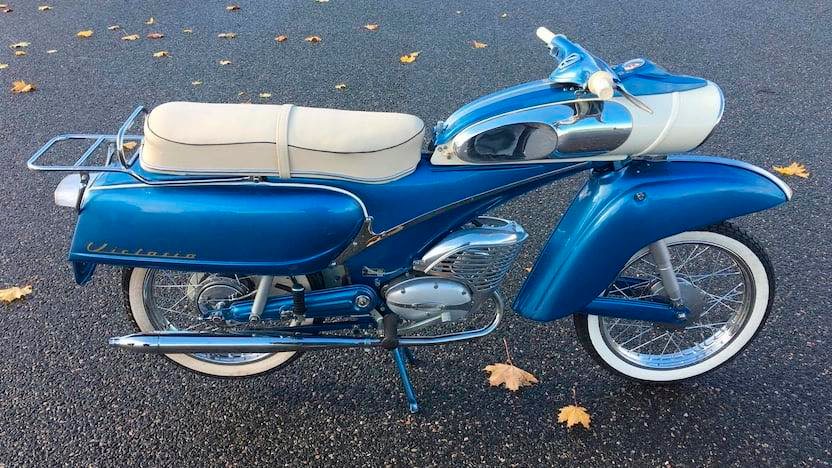 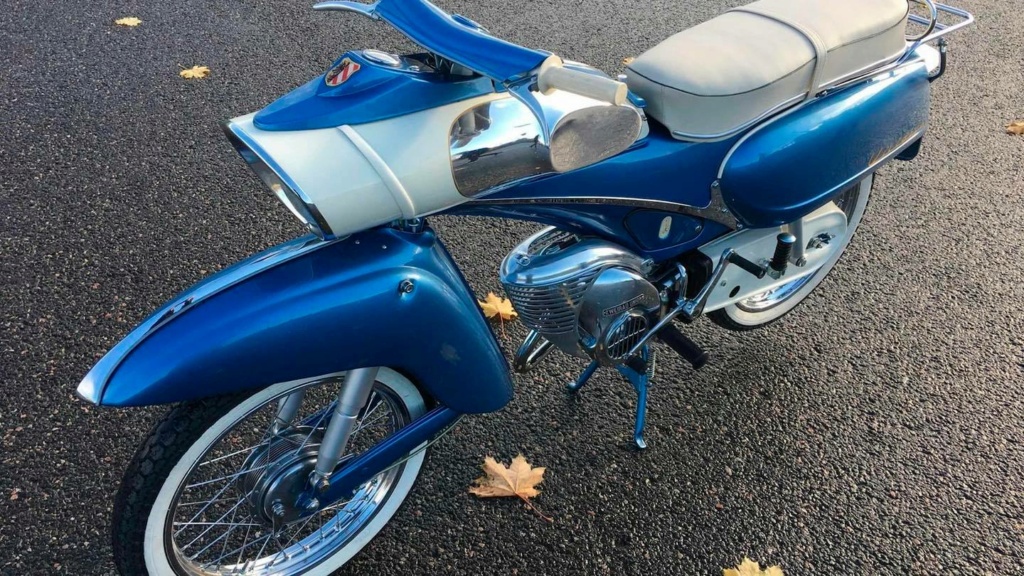 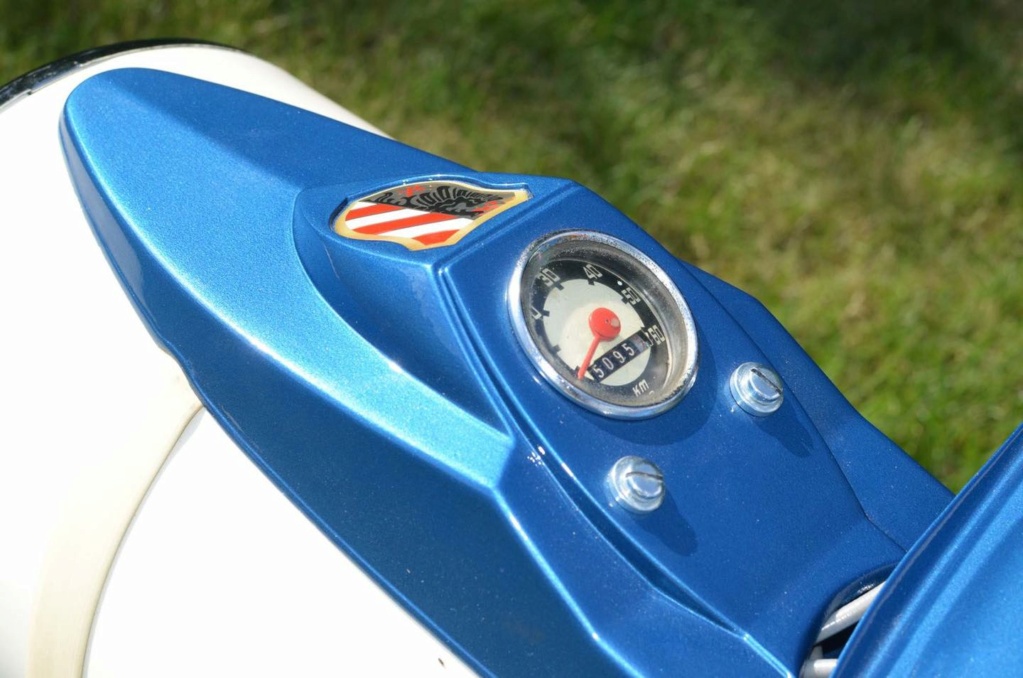 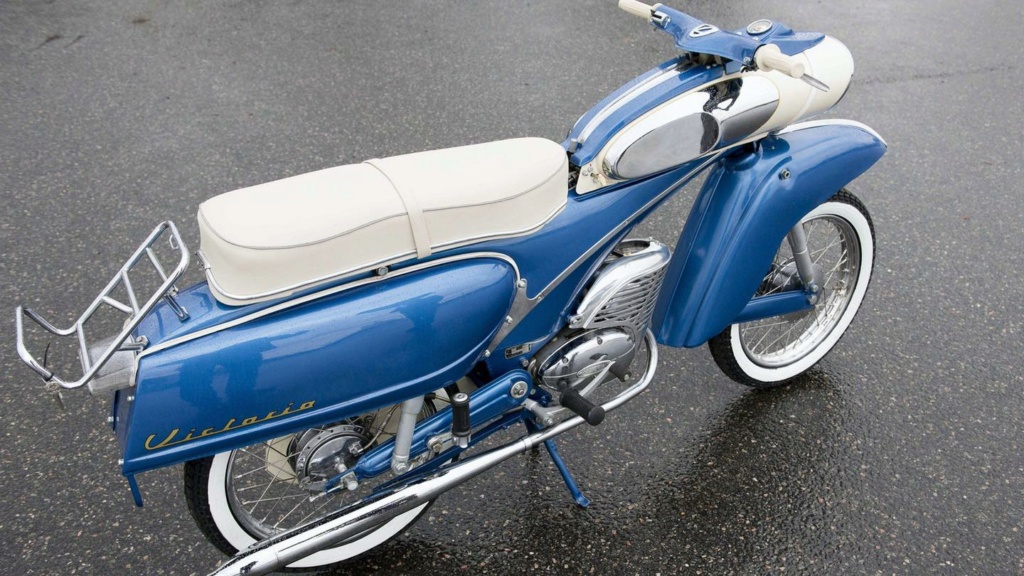 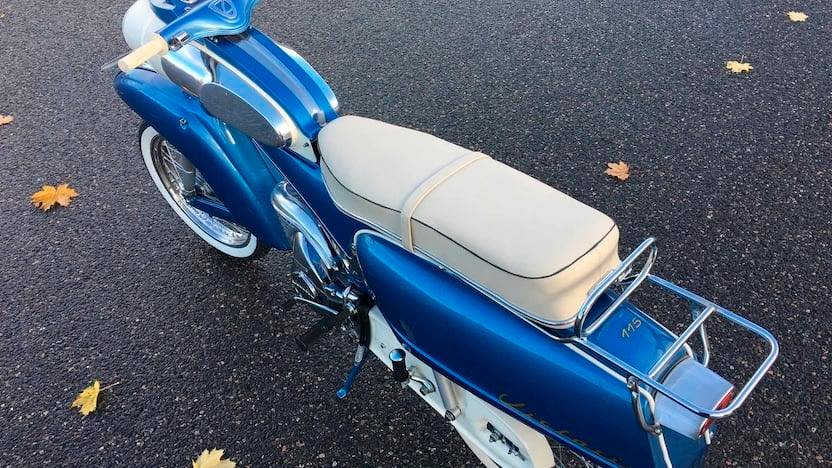 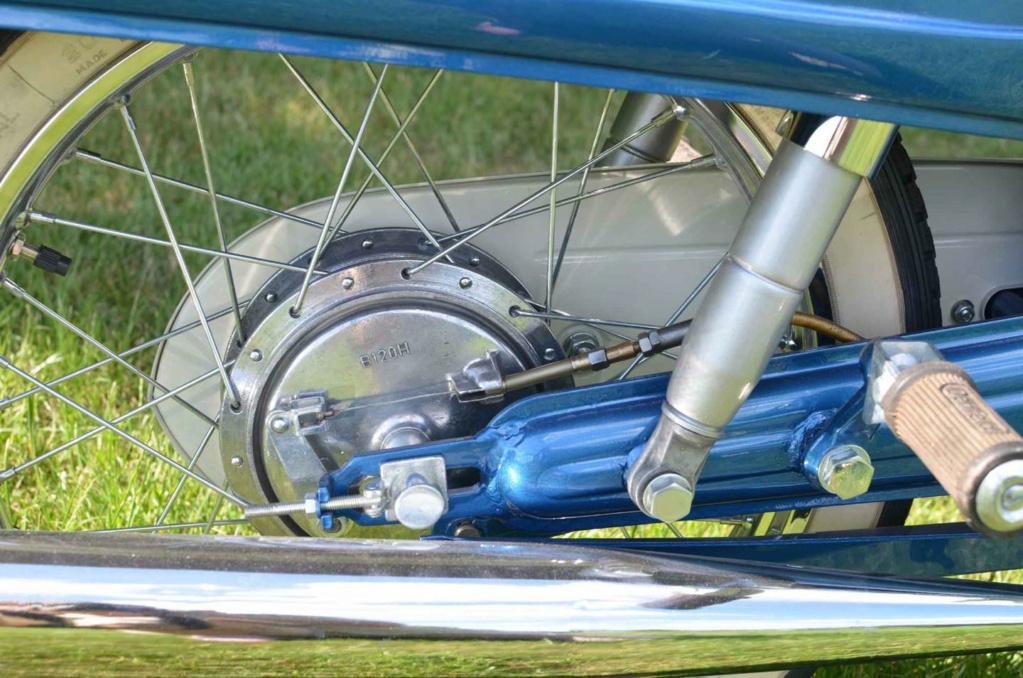 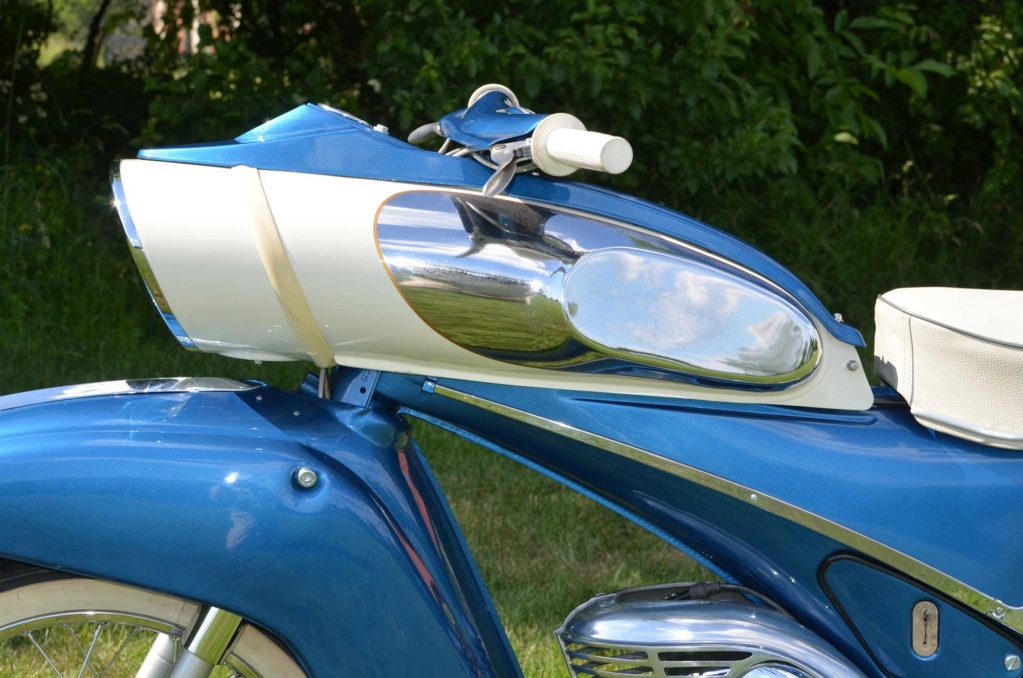 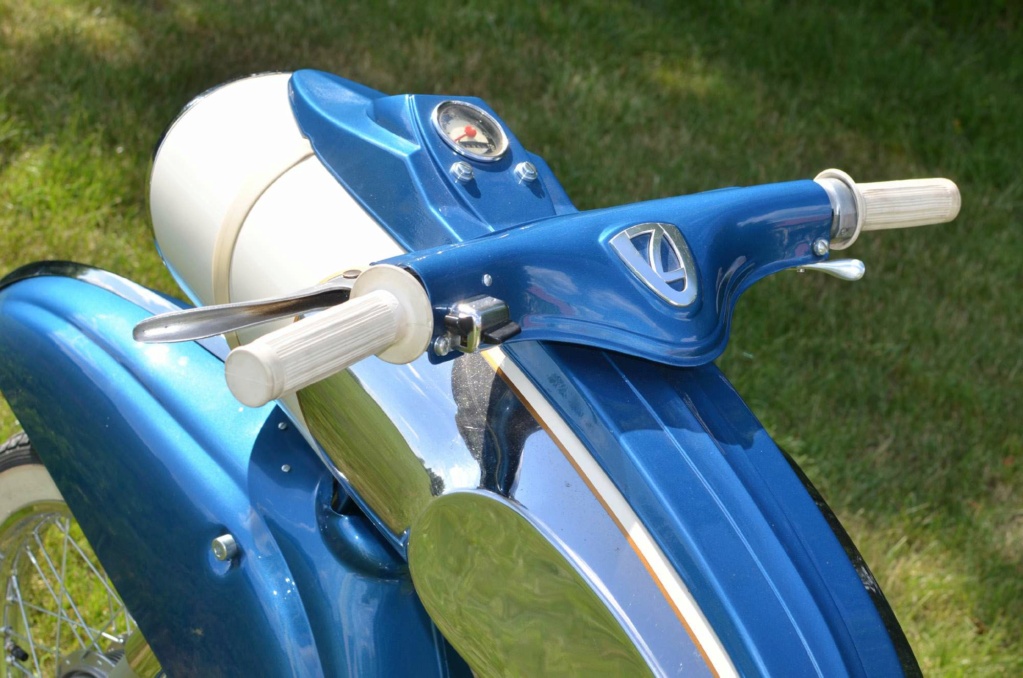 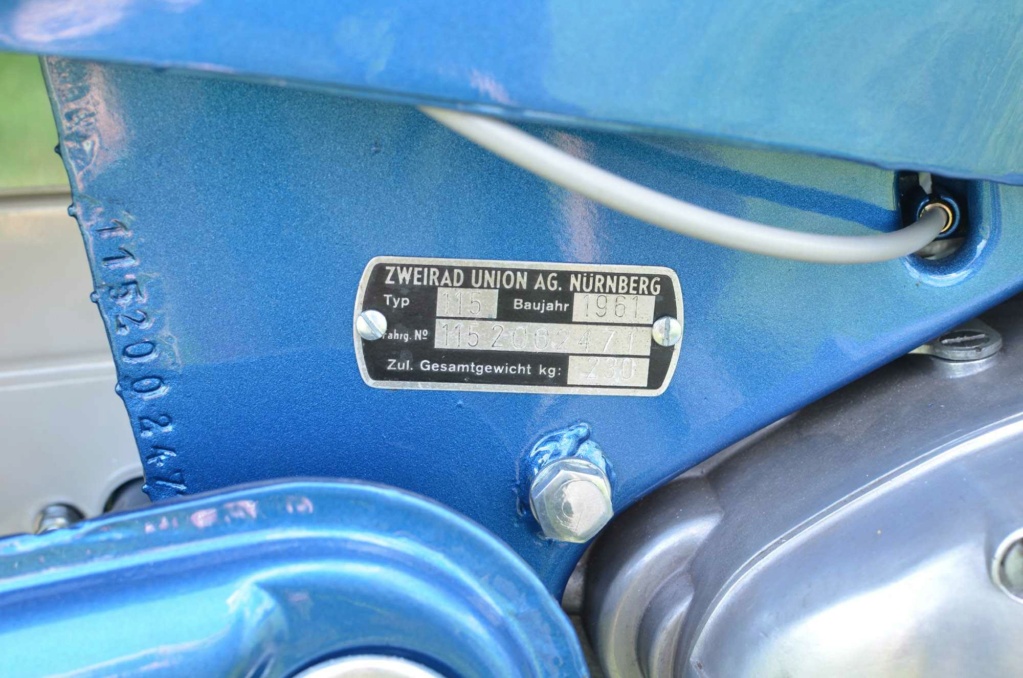 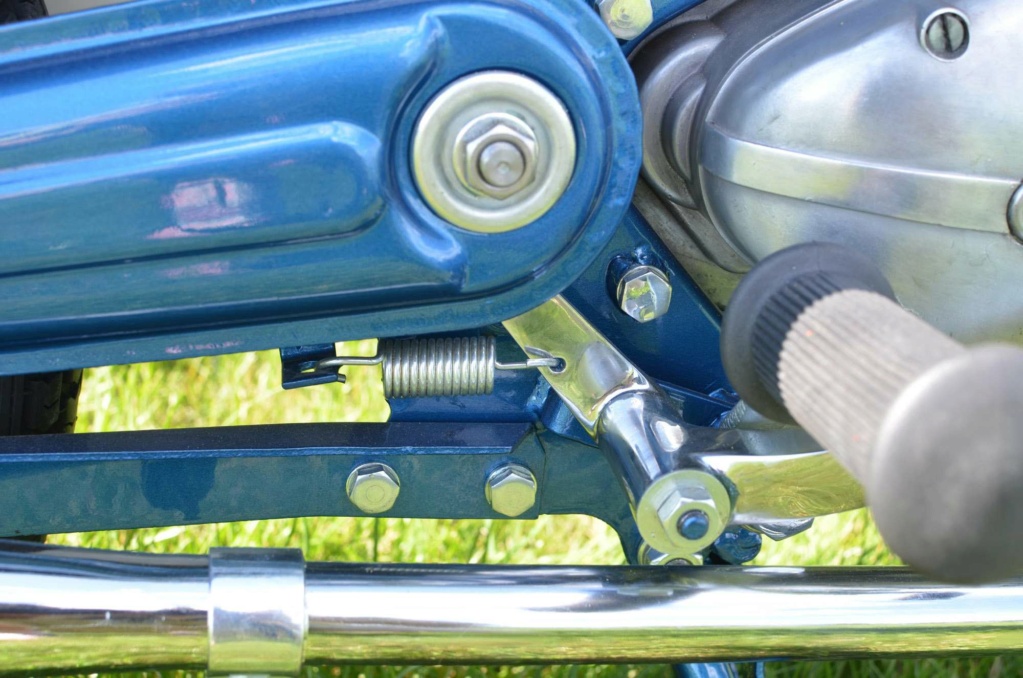 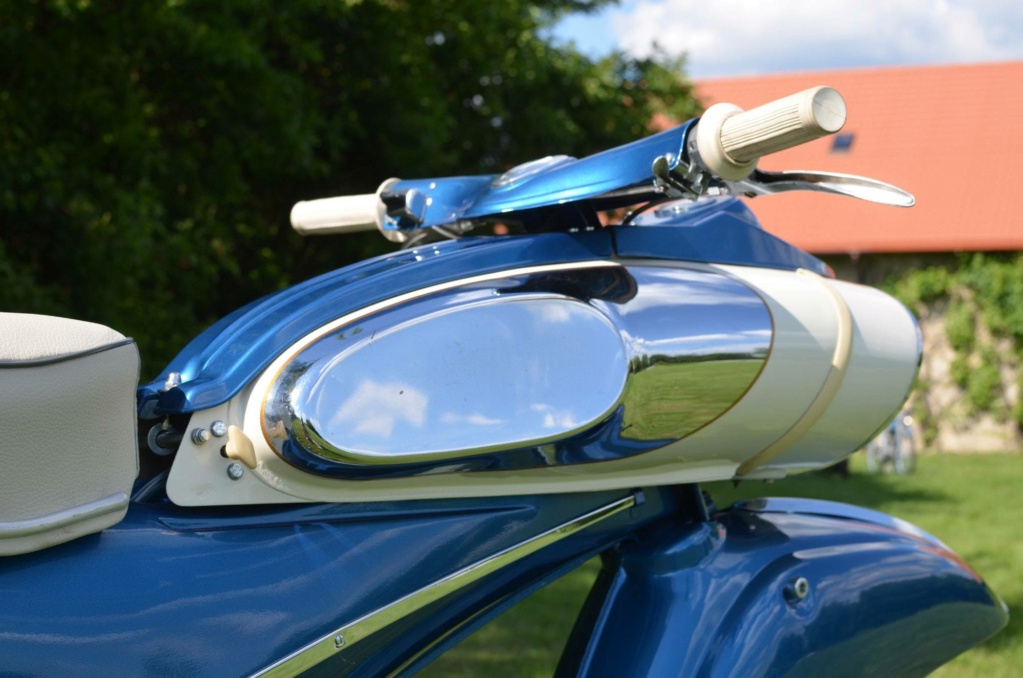 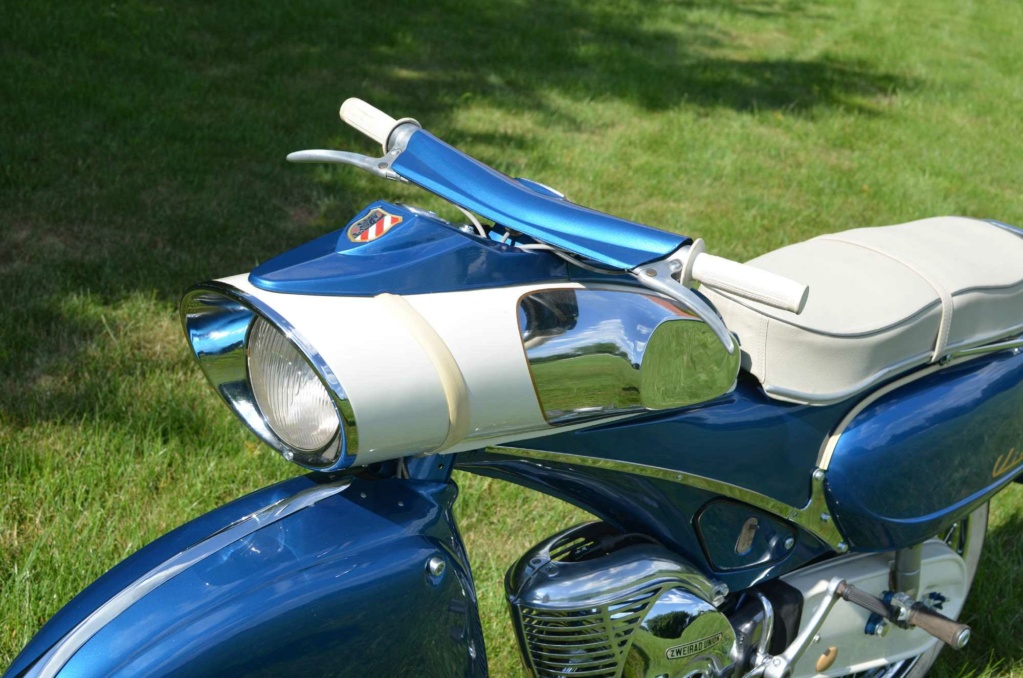 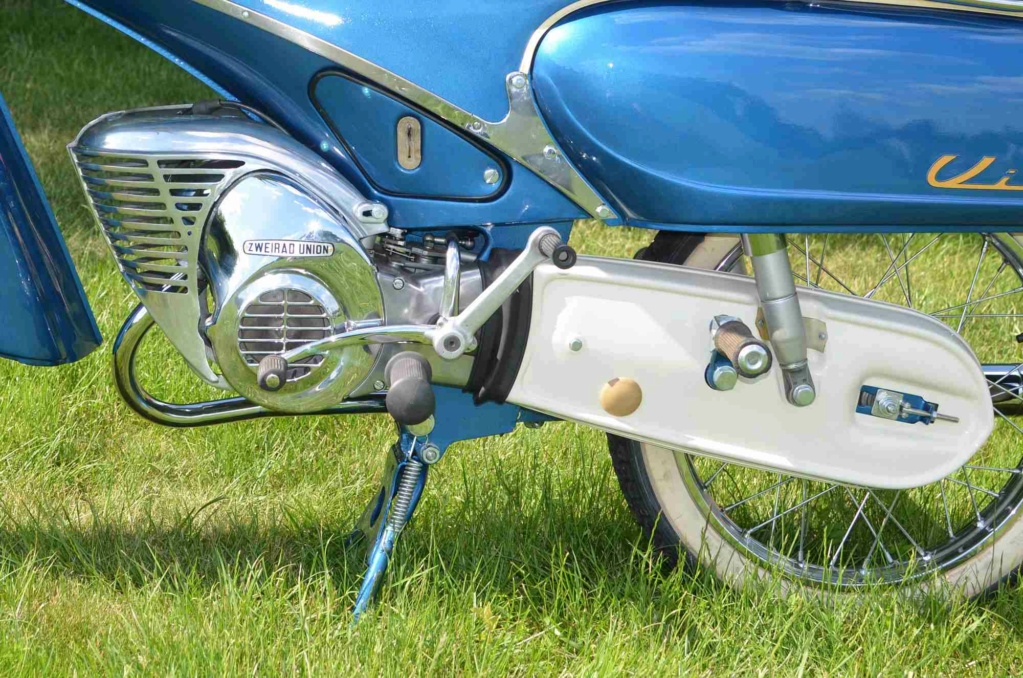