https://www.stuff.co.nz/motoring/customs-classics/111190458/quirky-custom-car-el-cadillette-comes-with-challenges
A 6.2 metre-long "orange beast" is the most unusual project South Canterbury car restorer Hadleigh Oudemans​ has ever taken on. 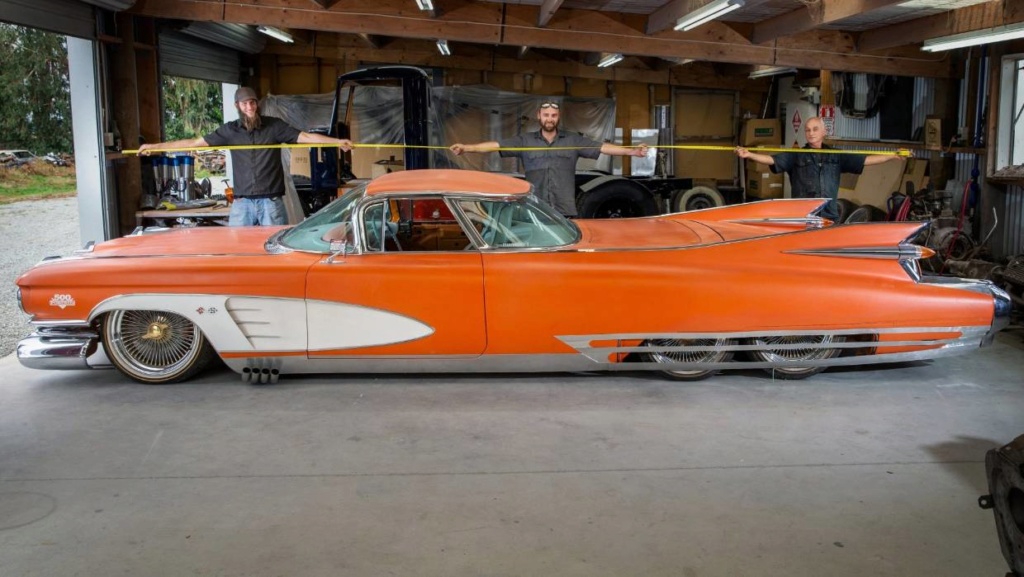 Oudemans and four others have the task of customising a vehicle that began its life as a 1959 Cadillac four door hard top for an expat Kiwi living on the Gold Coast.

HBomb Customs and Classics near Temuka has a reputation as one of the top vehicle restoration/customising shops in New Zealand but this project is the most complex Oudemans has worked on in more than 10 years of trading. 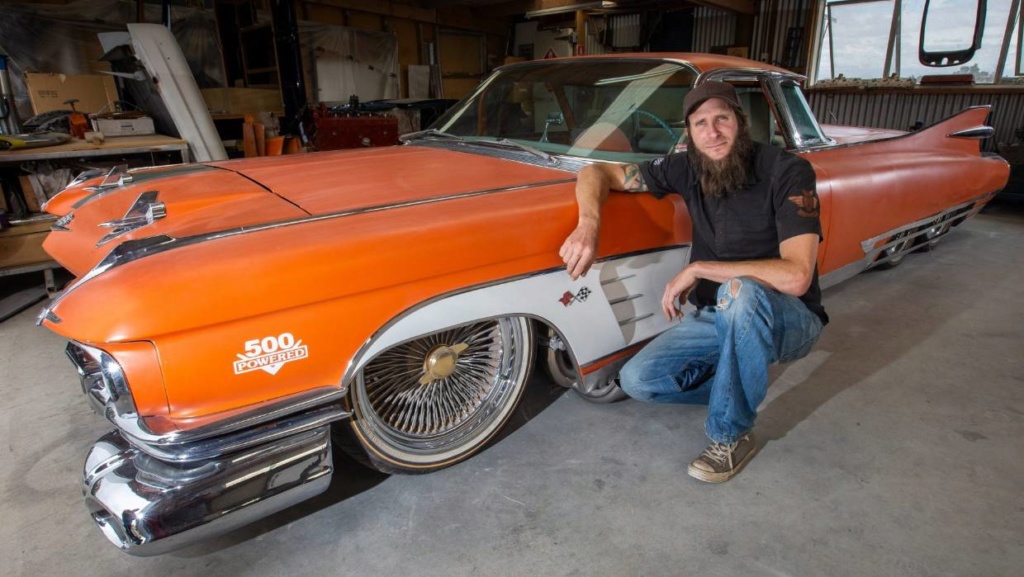 It arrived partly completed from Wellington in a container about 18 months ago and Oudemans wants it finished by Christmas meaning it won't be among the amazing array of customs and classics at this weekend's Rock & Hop in Timaru but he is hoping it may still be in the region for the 2020 event.

Oudemans has his own name for it - "El Cadillette" - as it is a combination an El Camino, the Cadillac and a 1959 Corvette. There are event bonnet rockets from a 1957 Chev Bel Air and a "rumble seat" set up behind the cockpit style cabin. 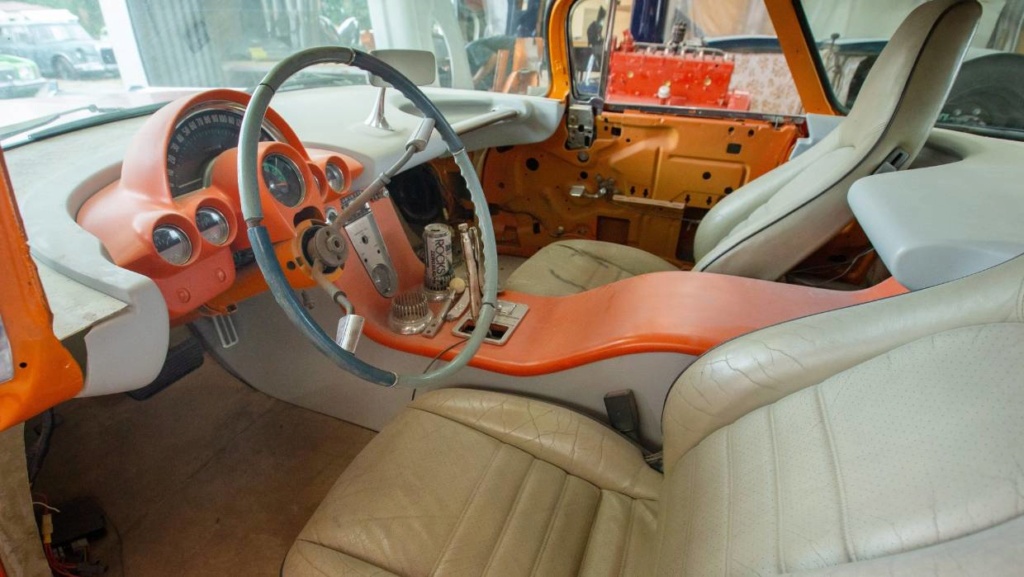 "I have been running this operation for 13 years now and I have never seen anything like it."

One of the more difficult aspects has been the "lazy axle" set up required for the twin rear wheels which make it a six wheeled vehicle  - similar in vein to FAB 1 - the pink six-wheeled car made famous in the 1960s' British science-fiction puppet television series Thunderbirds.

"It's very tricky and not everybody is prepared to pay for tricky.

"The rear wheels have been the biggest challenge."

Over the course of the project, Oudemans and his team have also made changes to the wheel arches and still have to include a specially-built grille put together from two grilles taken from '59 Corvettes, paint the exterior "Lamborghini Orange" and customise the interior in white and orange crocodile skin. 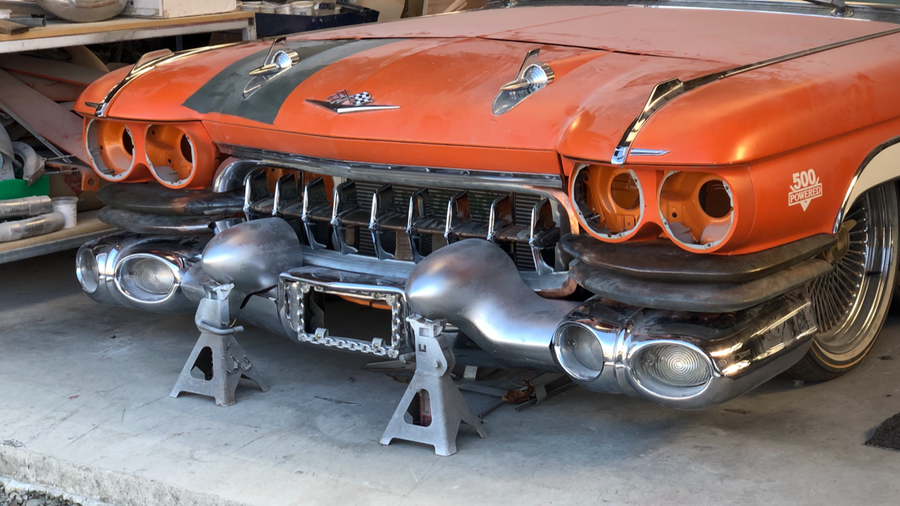 The owner also wants the roof in clear glass.

"The customer gave me some initial ideas and impressions.

"It's a massive project as it's difficult in terms of sourcing the parts and getting it right."

Oudemans said he spent a considerable amount of time sourcing and chasing Cadillac parts suitable for the project. 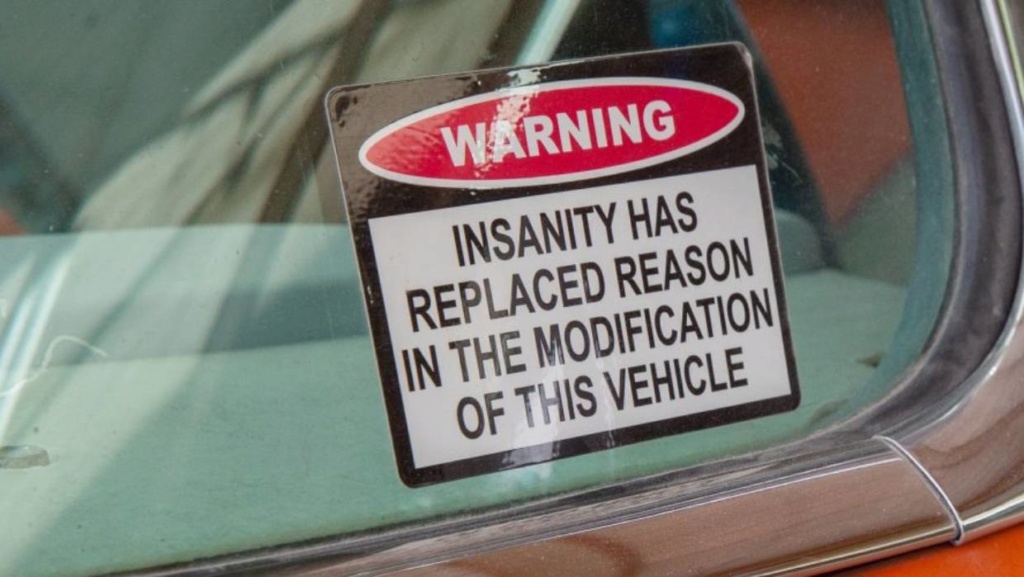 The car is powered by a 500 cubic inch V8 Cadillac motor.

Oudemans said the project could eventually cost between $200,000 and $300,000 with another feature being the installation of a television in the middle of the spare wheel cover so the owner can "park up" and watch 50s' music videos. 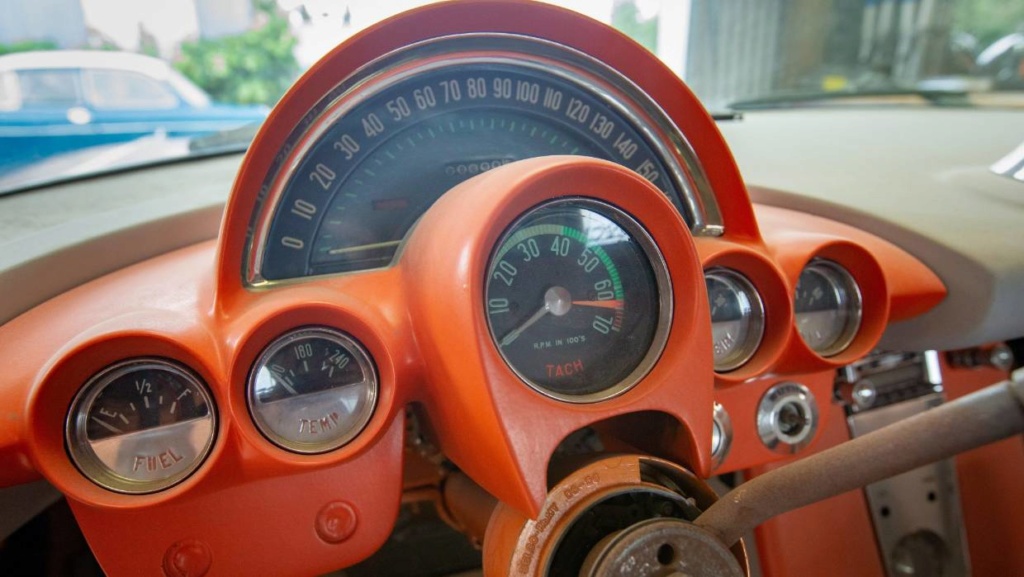 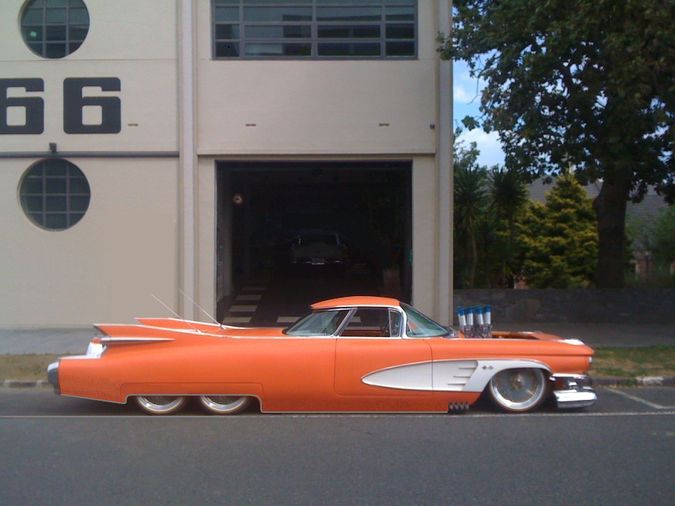 Many moons ago, while composing yet another photochops post, I hemmed and hawed about including the above photo. It would have fit perfectly, thought I, in with the six-wheelers and other general automotive off-the-wallness from some of our regular photochop contributors. However, as I look over the series, I see that I never posted it, likely because a) I wasn't entirely sure whether it was actually photochopped, and b) I couldn't track down who did the work.
No longer! I mean, the photo may have been chopped (insert "I can tell from the pixels" meme), but the car does, in fact, exist in real life.
According to Hadleigh Oudemans​ of HBomb Customs and Classics in Timaru on New Zealand's South Island, the custom - dubbed El Cadillette - started out as a 1959 Cadillac four-door hardtop, either a four-window Sedan de Ville or a four-window Series 62, that landed on the shop's doorstep in late 2017. Another shop had cut the Cadillac down from sedan to coupe utility, installed the Continental kit, and added the Corvette coves, but the car's owner, a kiwi who'd moved to Australia, wanted Oudemans to finish it for him. 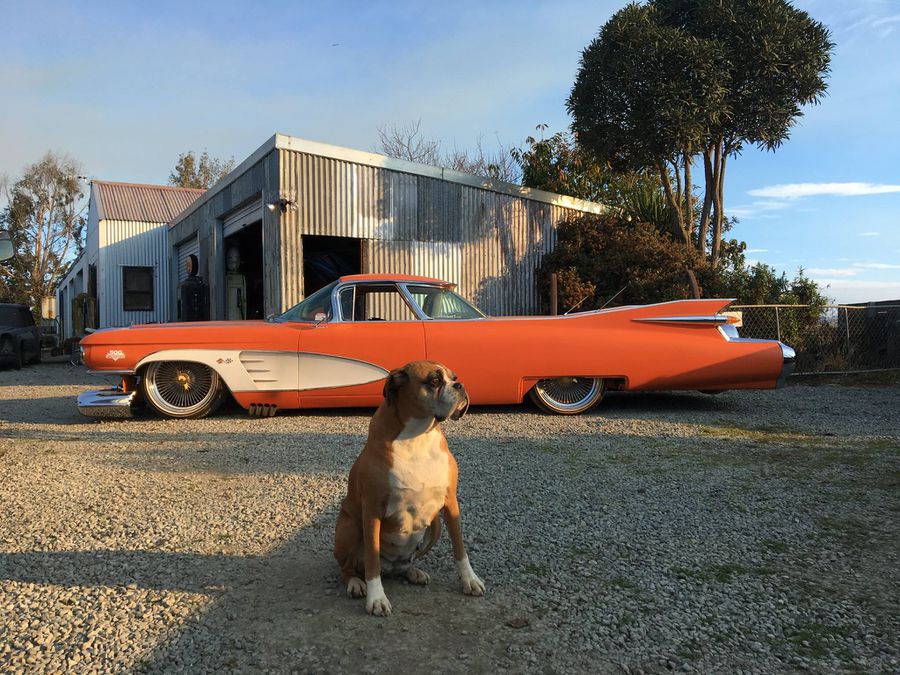 That meant adding the tag axle, finishing the interior, and fabricating and installing custom chrome. While the owner was at it, he also asked Oudemans to finish off the 1957 Chevrolet Bel Air hood rockets and the rumbleseat in the deck, build a custom grille from two 1959 Corvette grilles, and install a clear roof. A 500-cu.in. Cadillac V-8 powers the car with a four-barrel now instead of the stacked fuel injection system.
"I have been running this operation for 13 years now and I have never seen anything like it," he told New Zealand's Stuff. In addition to sourcing late Fifties American car parts in New Zealand, "the rear wheels have been the biggest challenge."
_________________
We don't care the People Says , Rock 'n' roll is here to stay - Danny & the Juniors - 1958

The owner has between $200,000 and $300,000 in the car already. According to Oudemans, once finished, the car may hit the show circuit in the United States.
Photochop or not, I admire the creativity. Looking forward to seeing it in this hemisphere.
UPDATE: As you've all seen in the comments below, David Blackmore is the enthusiastic owner of El Cadillette. "pursuing the concept of creating 'an ode to the excess of the 50s' is what it's all about," he wrote. And he sent more photos. 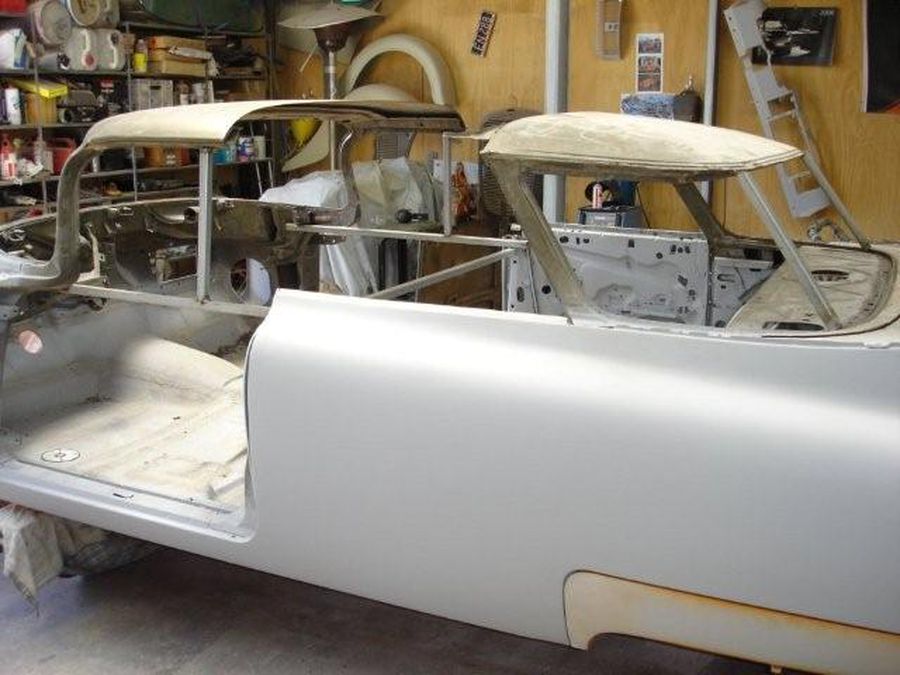 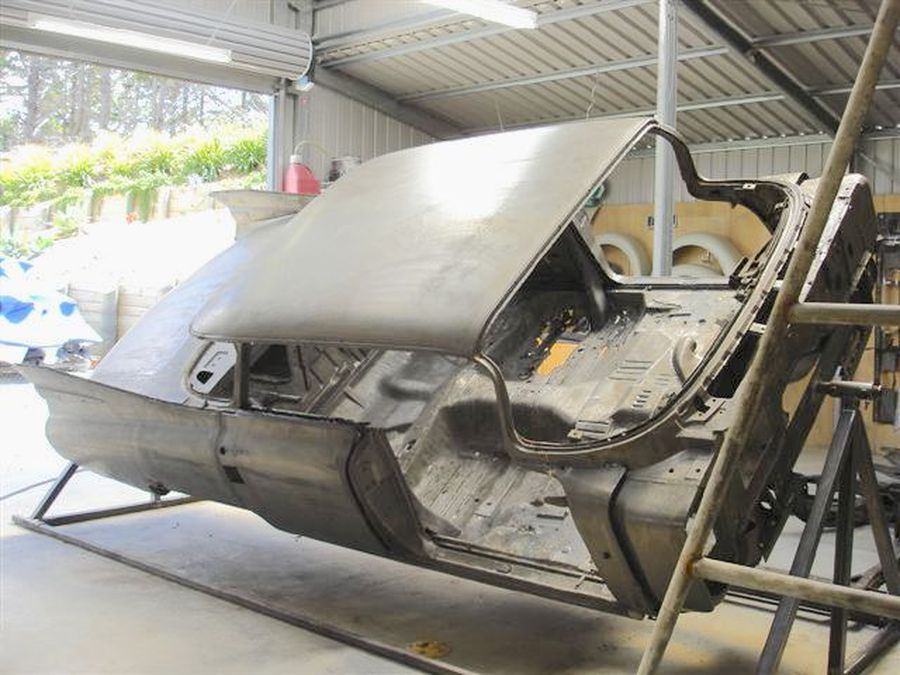 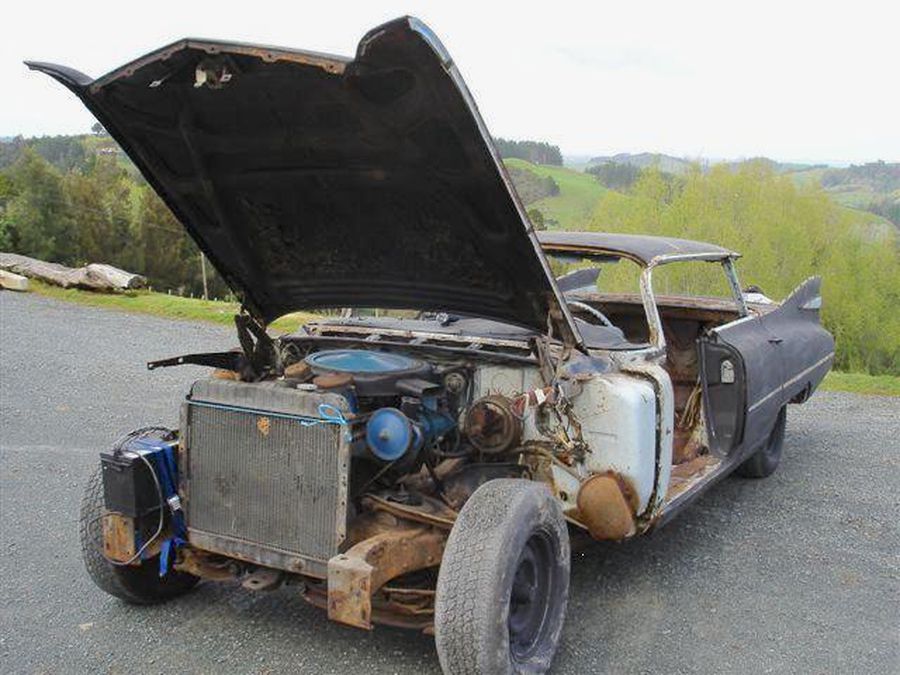 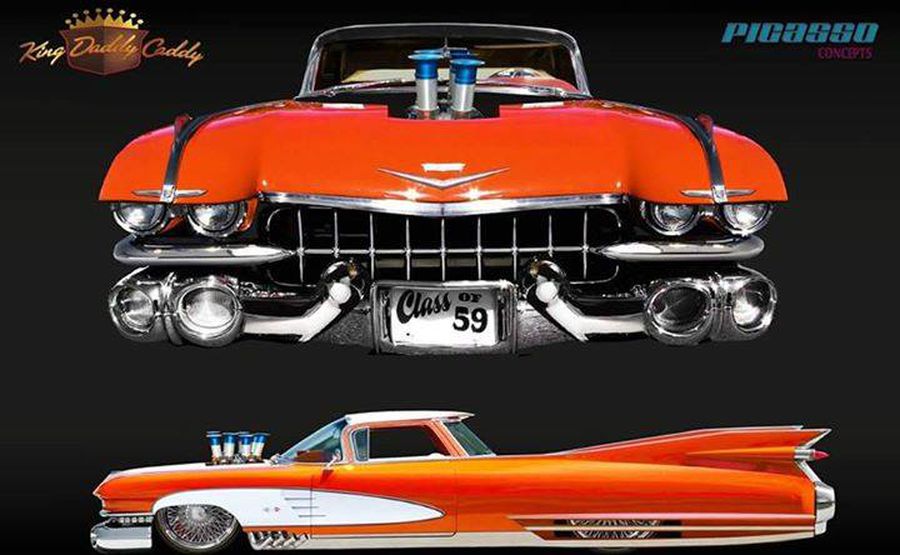 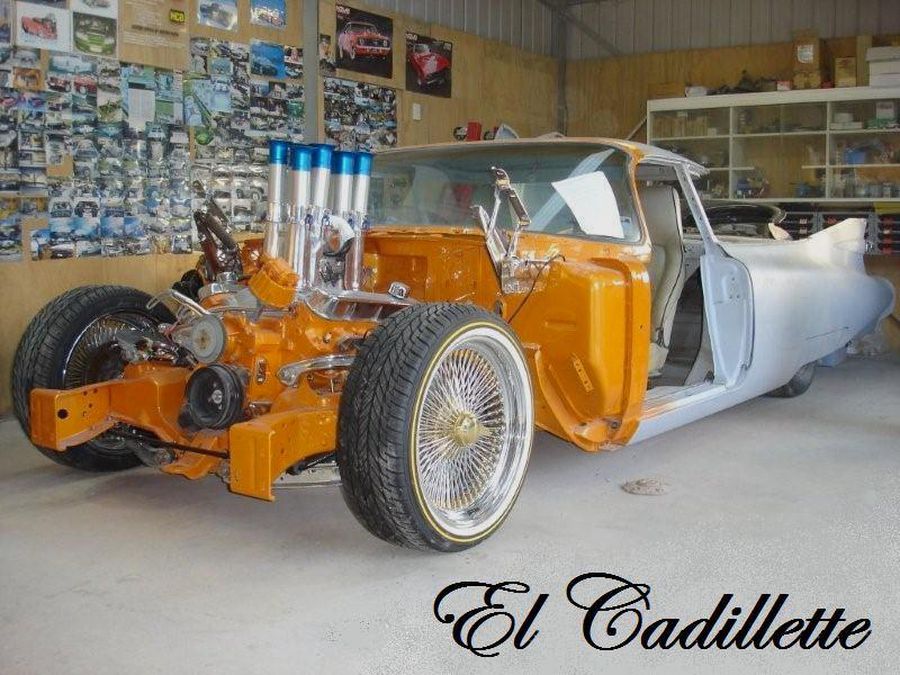 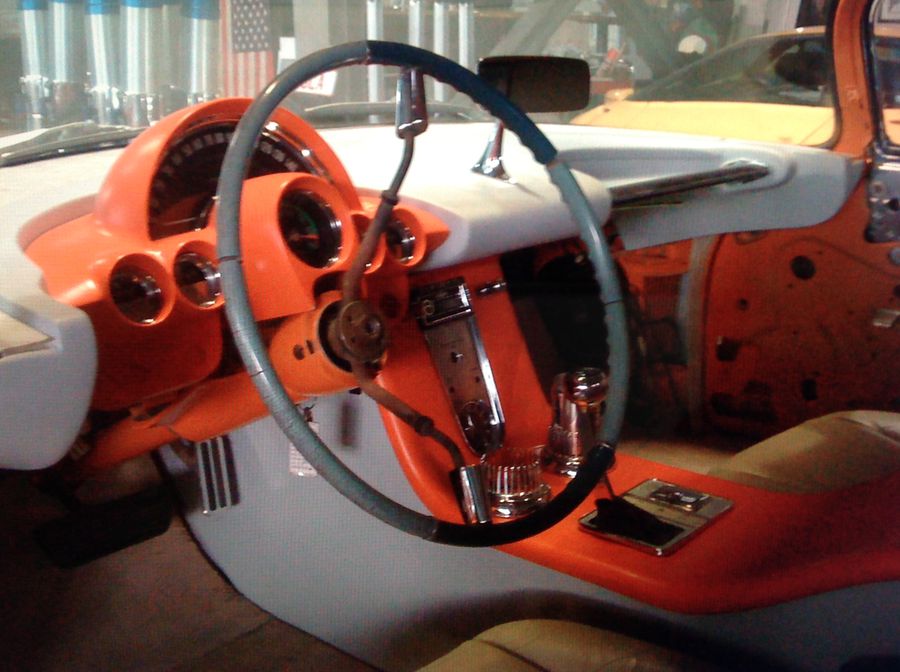