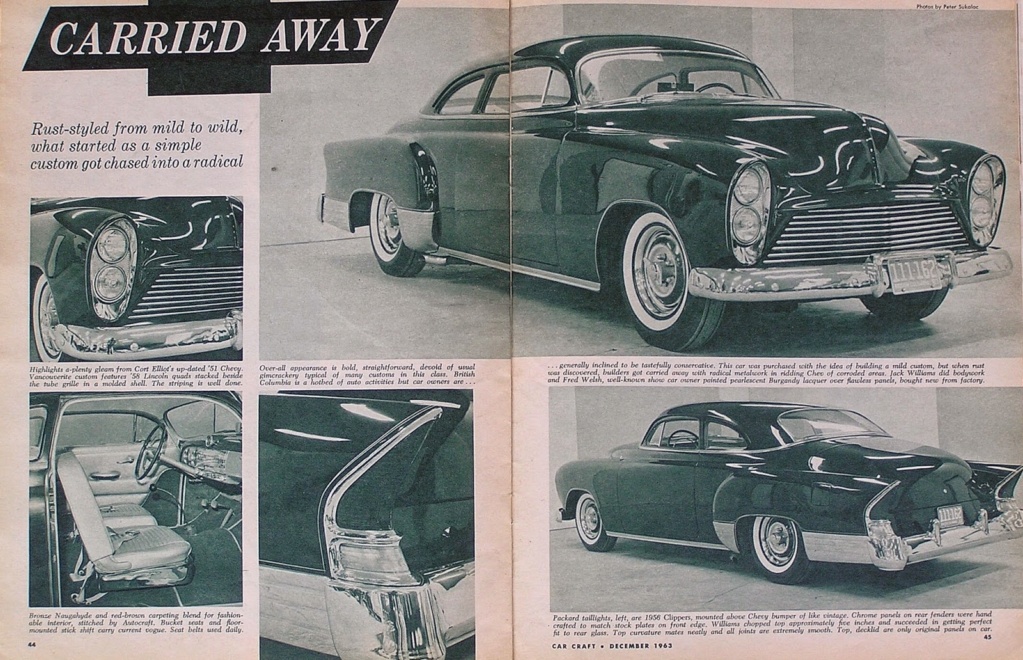 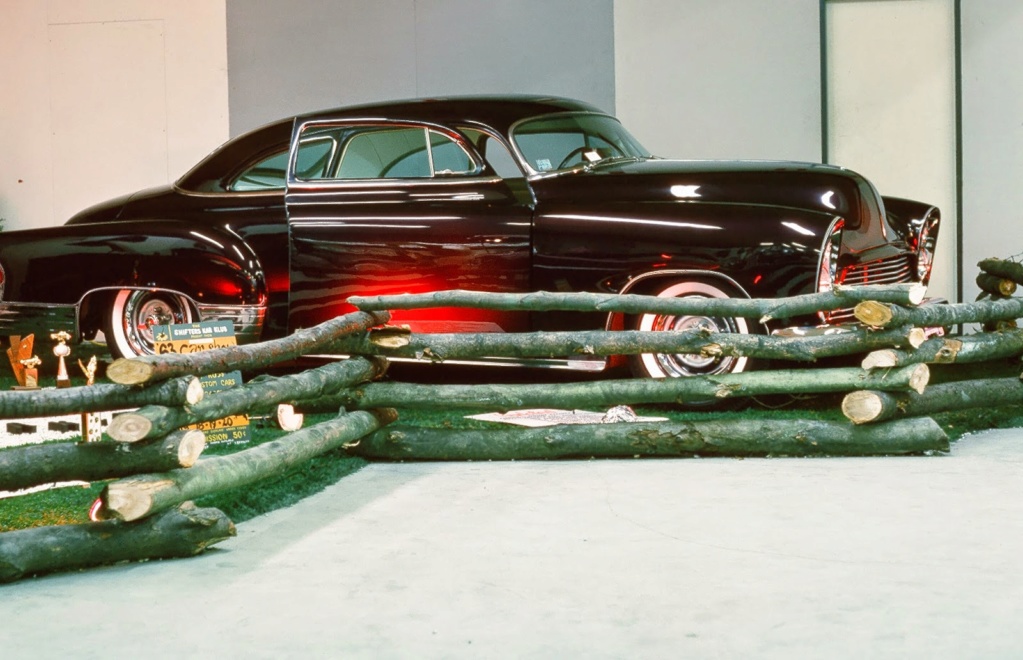 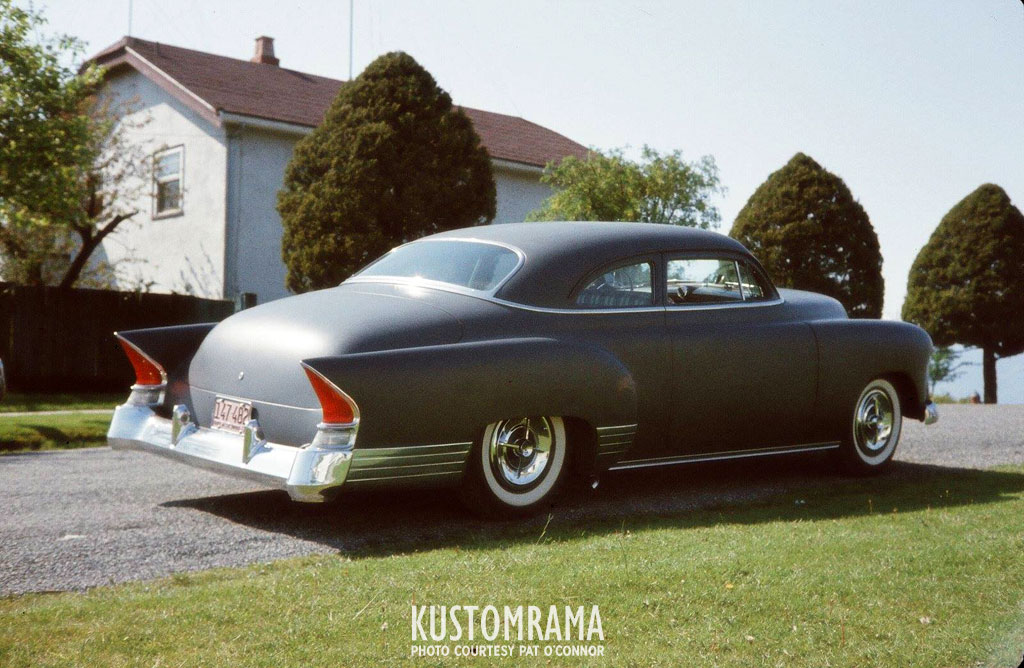 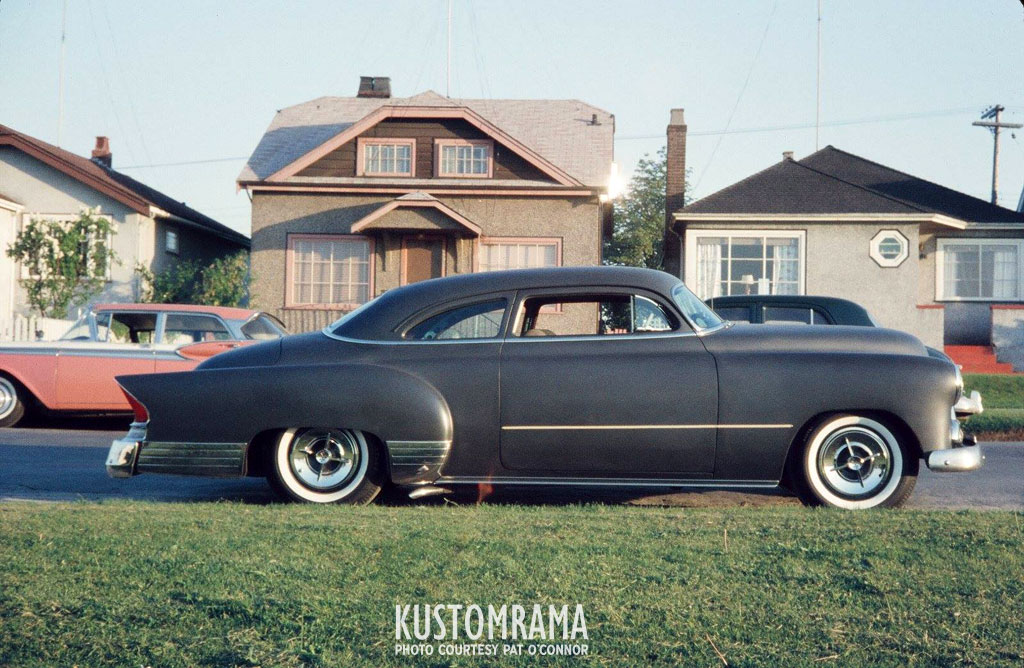 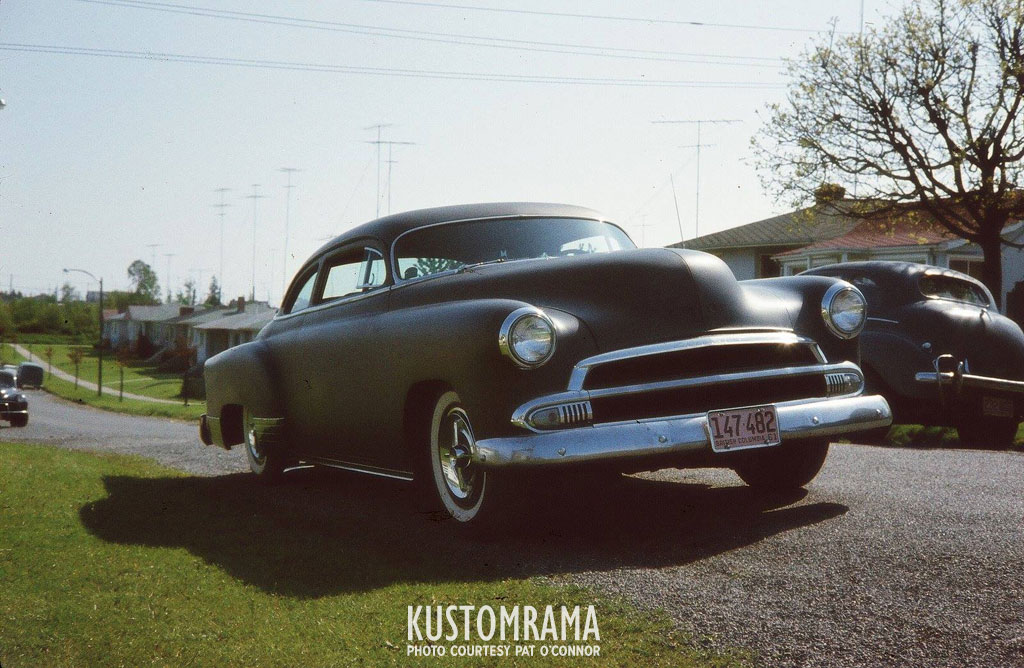 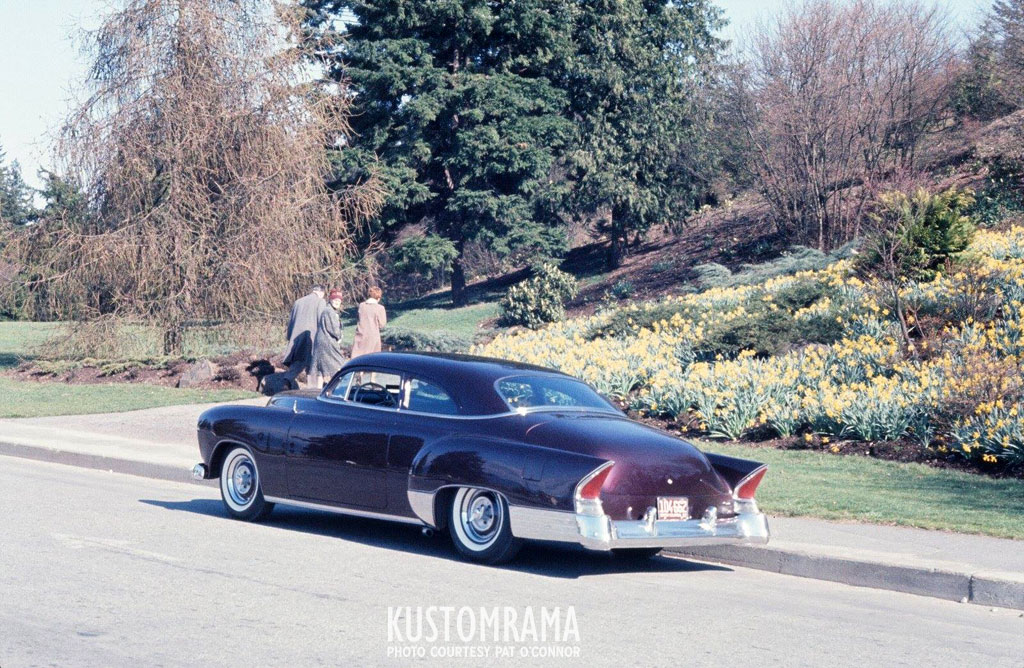 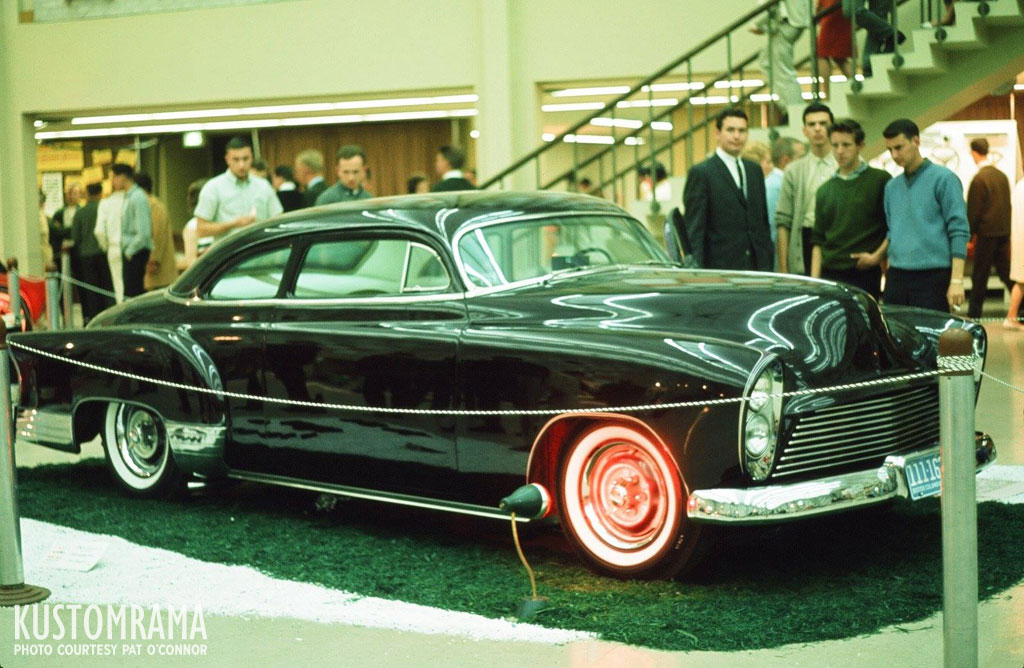 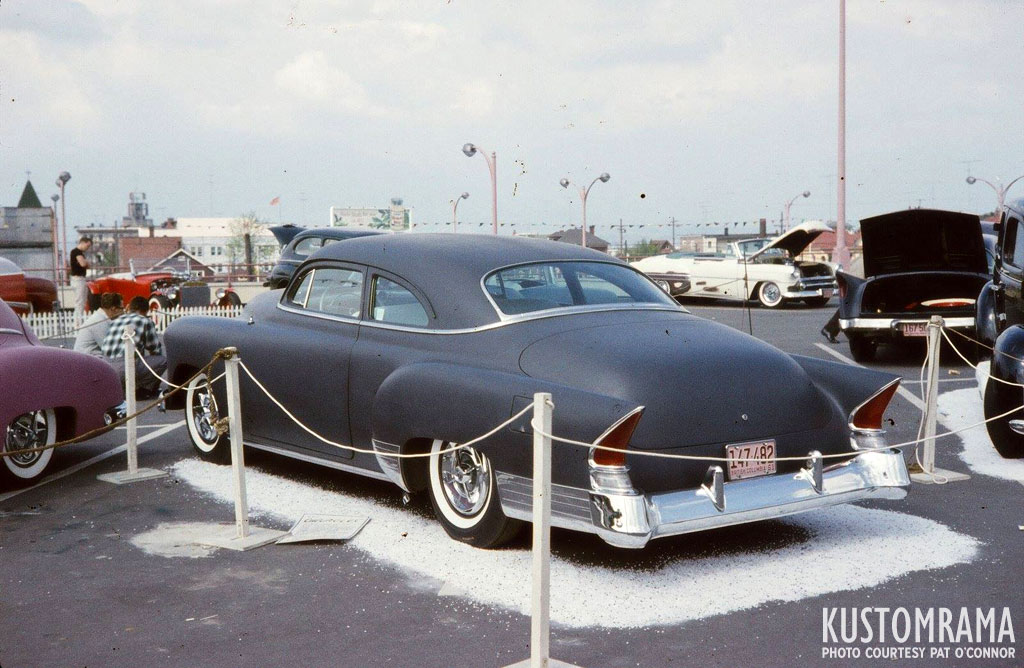 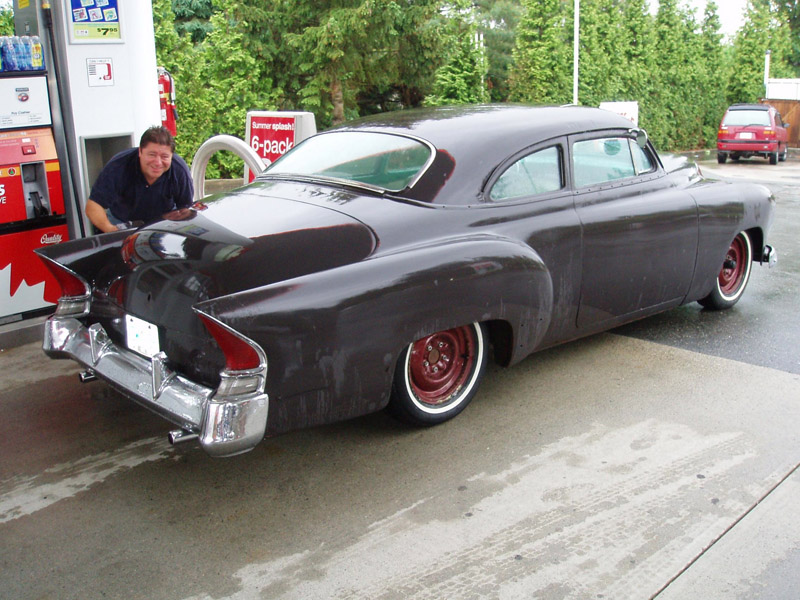 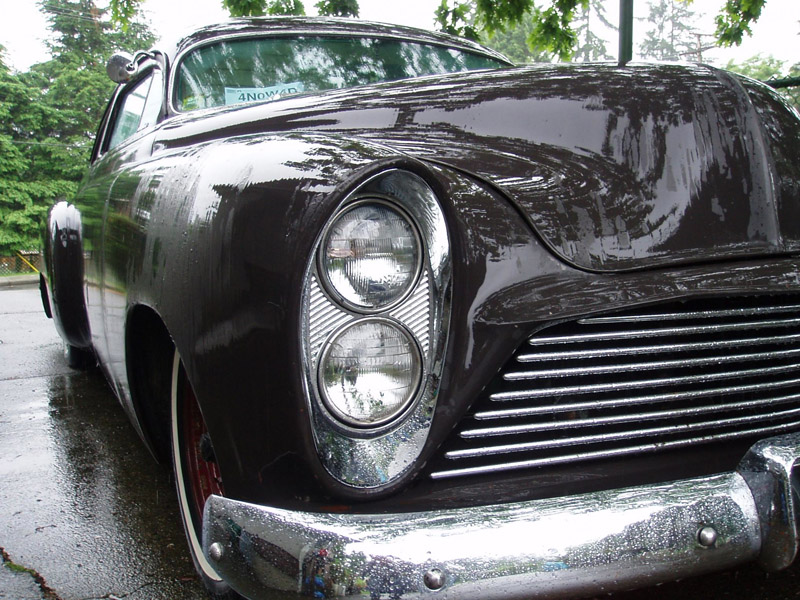 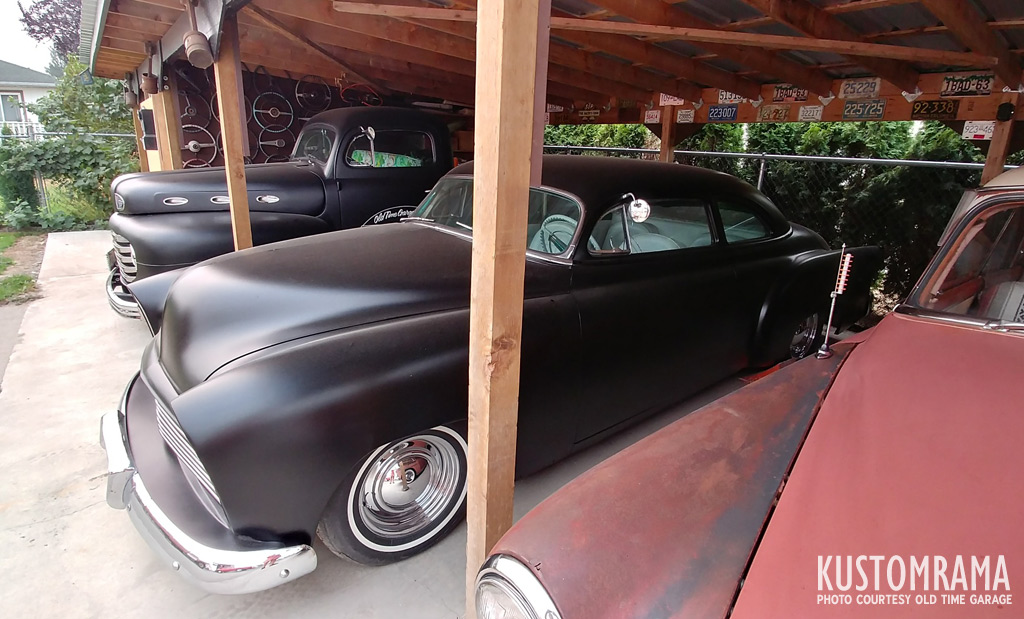 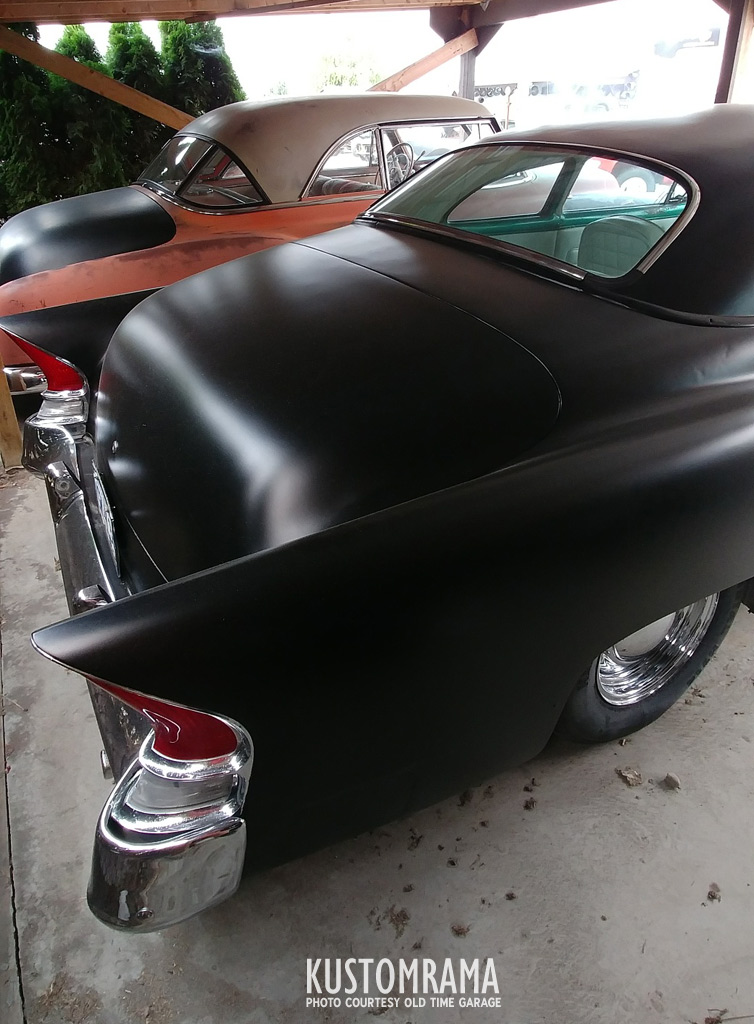 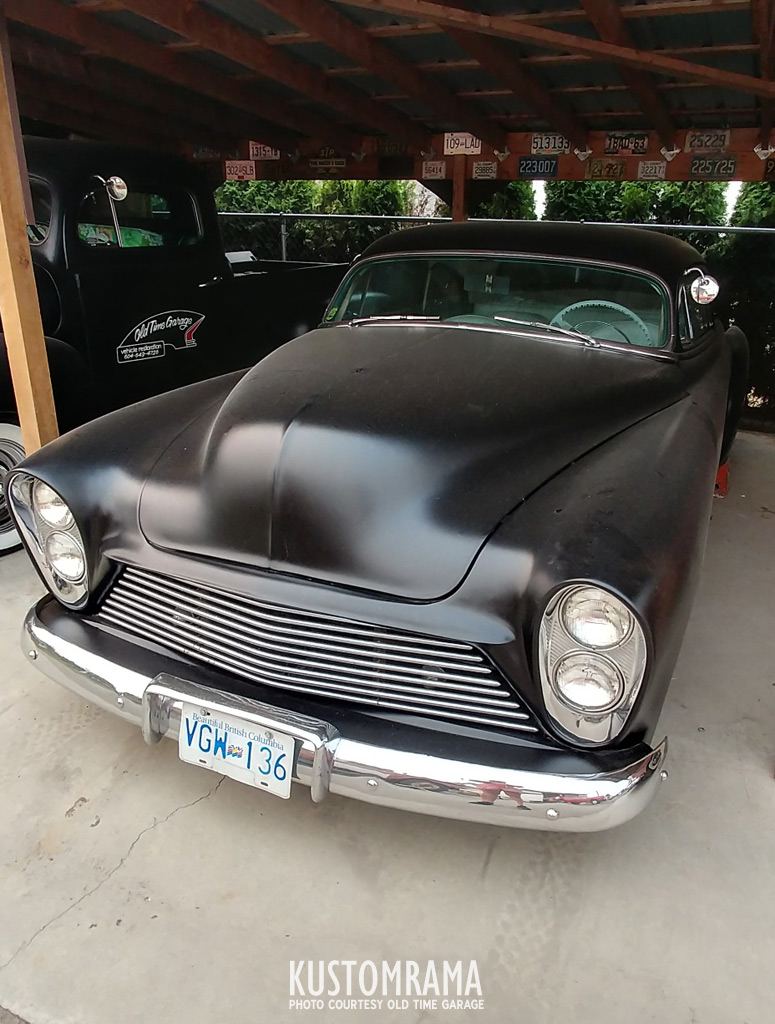 https://www.rodauthority.com/news/iconic-steel-1951-2-door-chevy-carried-away/
This 1951 Chevy 2 door came to be known by Car Craft Magazine as “Carried Away”. Starting off as being a minor rust repair, things got a little bit….carried away. The back end of the car was tackled first. The rear quarter panels were stretched out and 1956 Packard taillights were blended in. A 1956 Chevy rear bumper was brought in for final touches. Wanting to differ from the rest of the show crown of the day, Elliott opted to leave the car without fender skirts.

The car was driven for a bit before the next stage; the roof was chopped for that classic hot rod look we all know and love. After more time on the road, Williams dug into the balance of the car. The front nose features a rounded hood that blends perfectly into Lincoln headlights. A tub grille was dropped in and a stock front bumper with a riser from an early 50s Chevy finished the front clip.

All the handles and emblems were shaved off. Inside, the car was kept simple. With the addition of ’57 T-bird seats, the interior has been left all original since it was first built in the 60s. That’s the thing about this whole car. The body has zero body filler in it, just as it was originally. More recent years, the washed out paint was sanded and the steel was recoated in a satin black. Maintenance repairs were done, but the car is all-original. The current owner, Terry K. has owned the car since 1973 and has resisted any potential urges to mod the car. 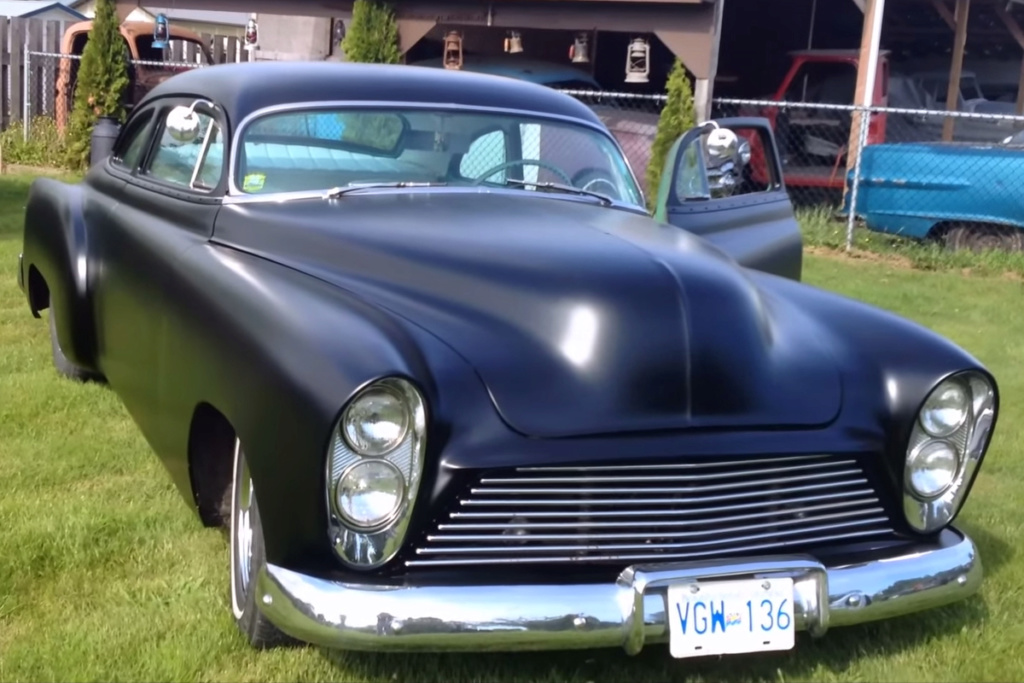 In the mid-60s, this car got coverage in three issues of Car Craft Magazine after winning multiple awards. One of those issues had a full feature on the car, dead center of the book. The car received Top 10 Honors in the Full Custom Coupe Sedan class, as well as several other awards. In January 1964, Car Craft even stated the car has the “finest body work ever seen.”
_________________
We don't care the People Says , Rock 'n' roll is here to stay - Danny & the Juniors - 1958