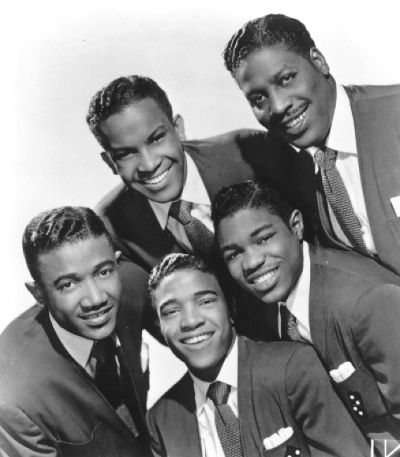 Billy Ward and his Dominoes were an African-American R&B vocal group. One of the most successful R&B groups of the early 1950s, the Dominoes helped launch the singing careers of two notable members, Clyde McPhatter and Jackie Wilson.[1] 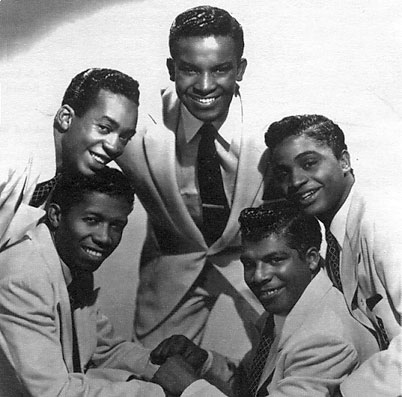 Billy Ward (born Robert L. Williams, 19 September 1921, Savannah, Georgia, died 16 February 2002, Inglewood, California[2]) grew up in Philadelphia, the second of three sons of Charles Williams and Cora Bates Williams, and was a child musical prodigy, winning an award for a piano composition at the age of 14.[3] Following military service with the Coast Guard Artillery Choir, he studied music in Chicago, and at the Juilliard School of Music in New York, something that very few blacks like Ward had achieved. While working as a vocal coach and part-time arranger on Broadway, he met talent agent Rose Marks, who became his business and songwriting partner.

The pair set out to form a vocal group from the ranks of his students, hoping to cash in on the new trend of vocal quintets in R&B. The group was at first called the Ques, composed of Clyde McPhatter (lead tenor), whom Ward recruited after McPhatter won "Amateur Night" at the Apollo Theater, Charlie White (tenor), Joe Lamont (baritone), and Bill Brown (bass). Ward acted as their pianist and arranger.[3] As for Charlie White. After the group made successful appearances on talent shows in the Apollo Theater and on the Arthur Godfrey show in 1950, Rene Hall recommended them to Ralph Bass of Federal Records, a subsidiary of King, where they were signed to a recording contract and renamed themselves the Dominoes. Their first single release, "Do Something For Me", with McPhatter’s lead vocal, reached the R&B charts in early 1951, climbing to number 6.[3]

After a less successful follow-up, the group released "Sixty Minute Man", on which Brown sang lead,[3] and boasted of being able to satisfy his girls with fifteen minutes each of "kissin'" "teasin'" and "squeezin'", before "blowin'" his "top".[1] It reached number 1 on the R&B chart in May 1951 and stayed there for 14 weeks, and crossed over to the pop charts, reaching number 17 and voted "Song of the Year" of 1951.[3] It was an important record in several respects—it crossed the boundaries between gospel singing and blues, its lyrics pushed the limits of what was deemed acceptable,[4][5] and it appealed to many white as well as black listeners. In later years, it became a contender for the title of "first rock 'n' roll record".

The group toured widely, building up a reputation as one of the top R&B acts of the era, edging out the Five Keys and the Clovers (two of the top R&B groups of the early 1950s) and commanding an audience which crossed racial divides. However, Ward's strict disciplinarian approach, and failure to recompense the singers, caused internal problems. Jackie Wilson recalled, "Billy Ward was not an easy man to work for. He played piano and organ, could arrange, and he was a fine director and coach. He knew what he wanted, and you had to give it to him. And he was a strict disciplinarian. You better believe it! You paid a fine if you stepped out of line."[6] Ward most likely got the idea of levying fines against group members from his tenure in the military. Article 15 of the Uniform Code of Military Justice gives a unit commander authority to mete a certain amount of punishment to troops under his or her command without going through a court-martial, which includes fines (partial forfeiture of pay).

The name "The Dominoes" was owned by Ward and Marks, who had the power to hire and fire and to pay the singers a salary. Clyde McPhatter was being paid barely enough to live on, even though most of the Dominoes' success was due to McPhatter's soaring vocal abilities. "Whenever I'd get back on the block where everybody'd heard my records—half the time I couldn't afford a Coca-Cola," according to McPhatter.[7] Allegedly, Ward paid his singers $100 a week (US$936 in 2018 dollars[8]), minus deductions for taxes, food and hotel bills.[9] McPhatter often found himself billed as "Clyde Ward" to fool fans into thinking he was Billy Ward's little brother. Others assumed Ward was doing the lead singing.

White and Brown both left in 1951 to form the Checkers and were replaced by James Van Loan (1922–1976) and David McNeil (1932–2005, previously of the Larks). In March 1952, the Dominoes were chosen to be the only vocal group at Alan Freed's "Moondog Coronation Ball". The hits continued, with "Have Mercy Baby" topping the R&B charts for 10 weeks in 1952. Later records were credited to "Billy Ward and His Dominoes".[10]

In early 1953, McPhatter left to form his own group, the Drifters. His replacement in the Dominoes was Jackie Wilson, who had been coached by McPhatter while also singing with the group on tour. Lamont and McNeil also left and were replaced by Milton Merle and Cliff Givens (Givens had been in the Southern Sons Gospel Quartet; he joined the Ink Spots in 1944 upon the death of original bass Orville "Hoppy" Jones). With Wilson singing lead, singles such as "You Can't Keep a Good Man Down" continued to be successful, although the Dominoes did not enjoy quite the same success as they had with McPhatter as lead tenor.

In 1954, Ward moved the group to Jubilee Records and then to Decca Records, with which they had a number 27 pop hit, "St. Therese of the Roses",[3] featuring Wilson on tenor, giving the Dominoes a brief moment in the spotlight again. However, the group was unable to follow that success on the charts, and there were a succession of personnel changes. They increasingly moved away from their R&B roots with appearances in Las Vegas and elsewhere. Elvis Presley went to hear Jackie Wilson and the Dominoes in Las Vegas in 1956 and was so impressed with Wilson's singing that he went back to Sun Studios and cut the Million Dollar Quartet's version of "Don't Be Cruel". Presley introduced the song by saying how Wilson sang it much better and then proceeded to do an impersonation of the much slower Dominoes version, backed by Johnny Cash, Carl Perkins and Jerry Lee Lewis.

In late 1957, Wilson left for a solo career and was replaced by Gene Mumford of the Larks,[3] after which the group signed a contract with Liberty Records. They had a #13 pop hit with "Star Dust". "Star Dust" was one of the earliest multitrack recordings in the rock & roll era. The session was on March 7, 1957. The tapes have been mixed into true stereo, making the recording one of the first songs (1957) by a rock & roll/R&B artist in true stereo. The track also reached #13 in the UK Singles Chart in October 1957.[2] It was to be their only million seller.[11] It was followed by "Deep Purple". This proved to be their last major success, although various lineups of the group continued recording and performing into the 1960s.

They were inducted into the Vocal Group Hall of Fame in 2006. 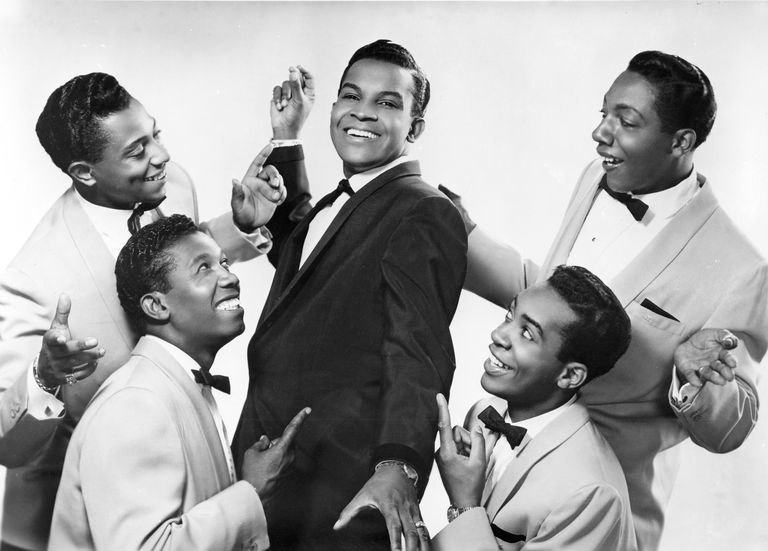