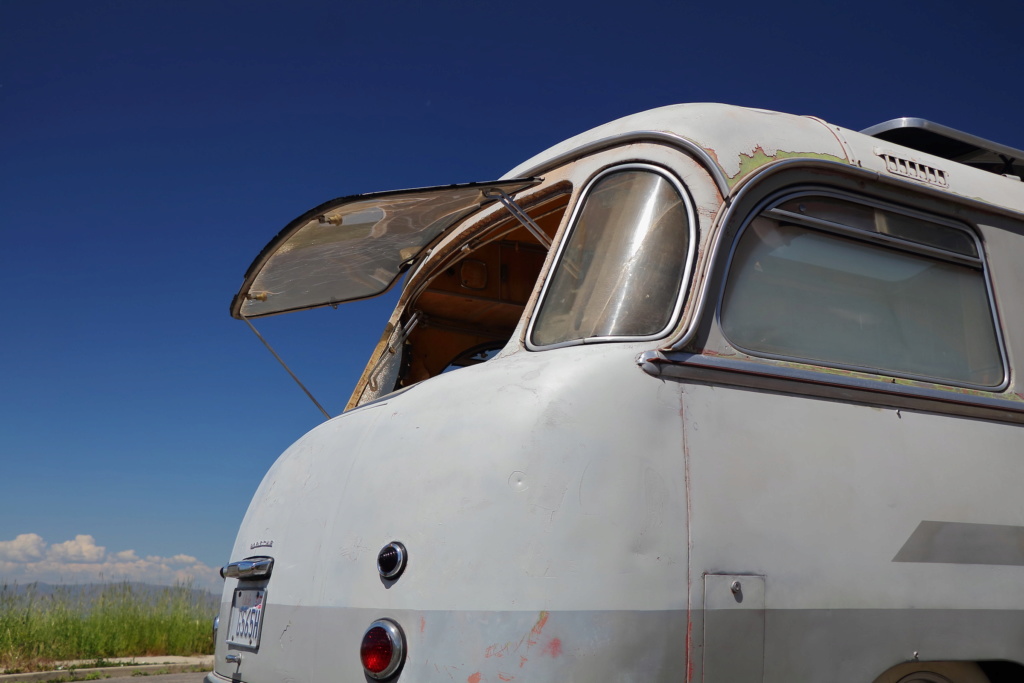 The Tempo Mikafa Sport Camper left the factory with a Porsche 356 engine and Porsche badging, making it perhaps the most interesting camper van in the world.

The construction of the Mikafa included a lightweight body made from aluminum alloy with a lightweight frame, all the furniture and fittings were kept as a light as possible as well, and perspex was used for some of the windows.
Mikafa Aero-Inspired Campers

If this all sounds somewhat similar to aircraft construction you’d be more right than you know, German coachbuilder Mikafa started out as an aircraft builder but had to give up the trade in the years after WW2 during the disarmament of Germany.

The company pivoted to coachbuilding and created a line of travel trailers (caravans) using Hahn trailer axles. These sold well enough, Germans take their holidays very seriously after all, and soon enough the company began offering full size camper vans like the one you see here. 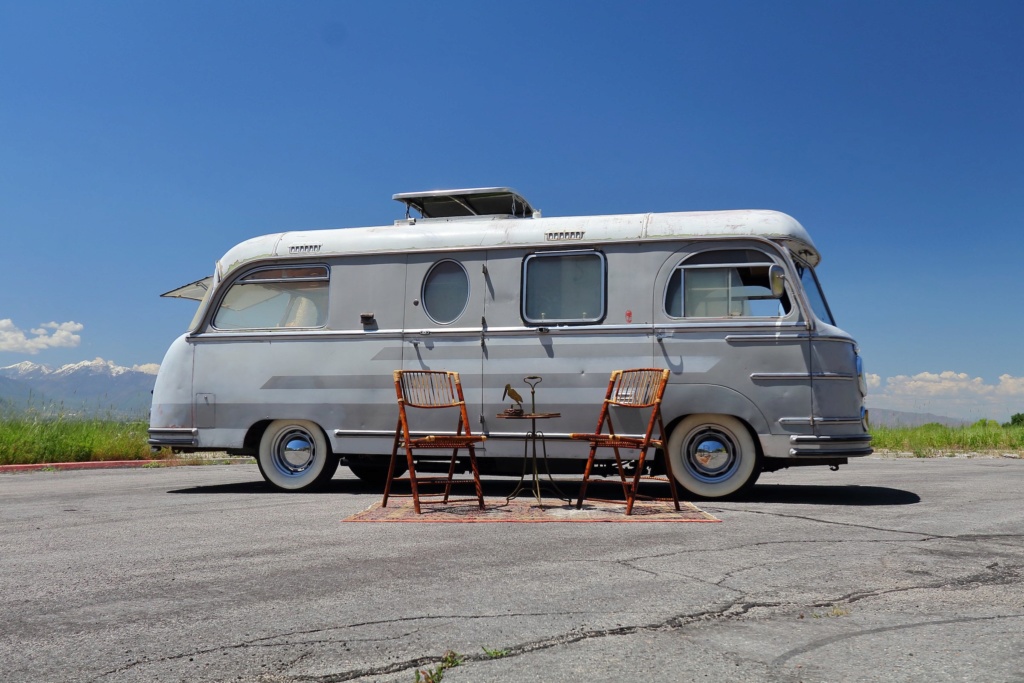 Each camper van was built in the Mikafa factory using chassis provided by Tempo, a German truck and van manufacturer.

Powered rolling chassis would be delivered to Mikafa who would then painstakingly build aluminum bodies with carefully constructed wood panelled interiors featuring upholstered seating, cabinetry, an optional ice box, a twin gas burner stove top, a bathroom including a sink with running water and a toilet, and bench seating upfront that could fit four in a pinch.
Mikafa Engines and Drivetrains

Many of the early powered chassis were fitted with 25 hp air-cooled, flat four Volkswagen industrial engines derived from the VW Beetle. Obviously with 25 hp propelling the not inconsiderable weight of the camper van the top speed was limited to approximately 50 mph in most cases.

In 1952 Tempo and Volkswagen had a significant contractual dispute, and the supply of engines dried up forcing Tempo to source engines from elsewhere including Austin 4-cylinders and even a few BMW V8s.

One of the rarest Mikafa models, the Mikafa Sport Camper, was fitted with a Porsche 356 engine. Porsche badging was added prominently front and rear, the Porsche flat-4 was fitted up front in a front wheel drive configuration. 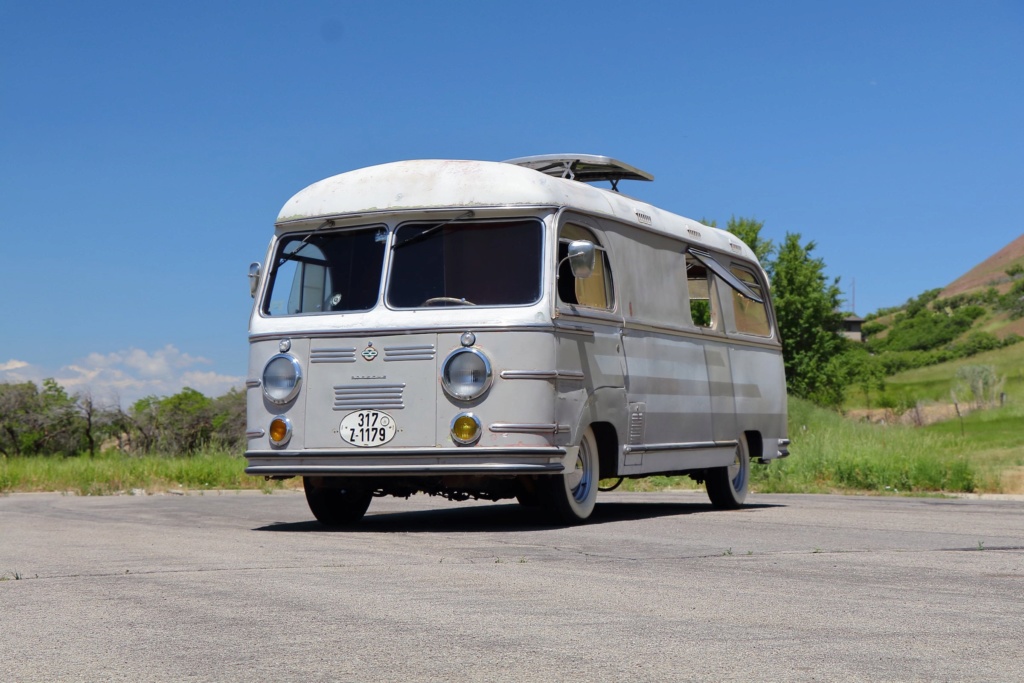 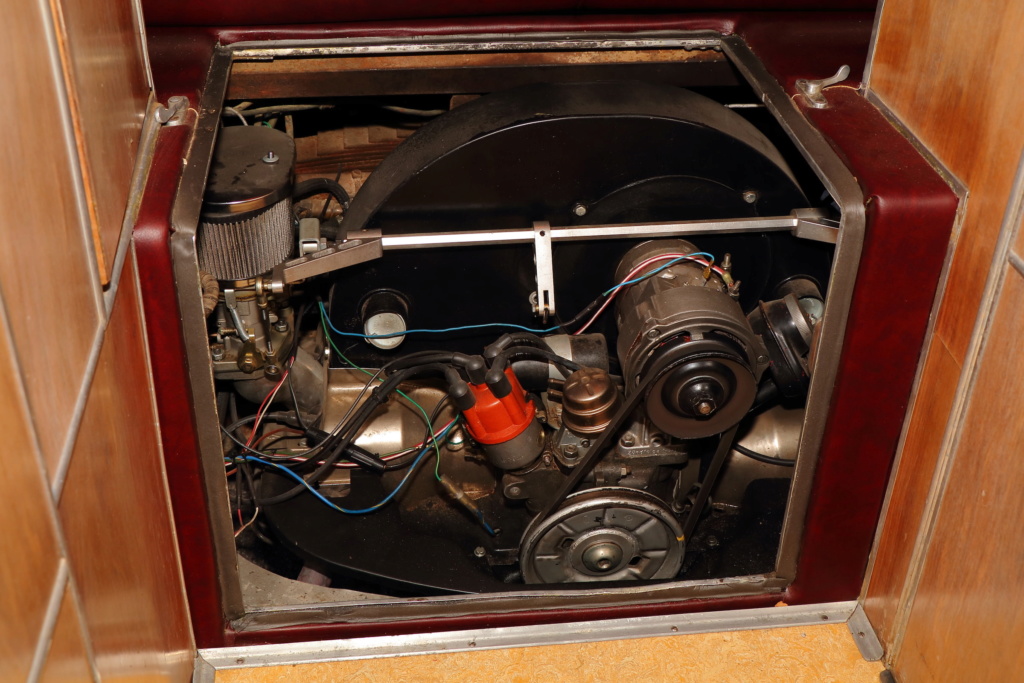 In 1955 Porsche 356 engines were producing approximately 60 bhp, a considerable bump over the 25 hp VW units, though it still had to move well over 4,000 lbs of beds, sinks, stoves, toilets, and couches.

This camper hasn’t been restored and remains cosmetically original, it’s currently fitted with a non-original VW engine which would certainly make maintenance a little cheaper, though hopefully the new owner will take the time to fit a proper Porsche 356 motor to bring it back to original.

Power is sent to the front wheels via a 4-speed transmission, and this model is fitted with a pop-up fresh air roof, pop-out and sliding plexiglass windows, a functional restroom, VDO instruments, whitewall tires, painted wheels and chrome hubcaps, and perhaps best of all, it’s titled as a 1955 Porsche.

There’s little doubt that this is a once in a lifetime opportunity to buy what may very well be the coolest camper van in the world, it’s due to roll across the auction block with Mecum in mid-August. If you’d like to read more about it or register to bid you can click here to visit the listing. 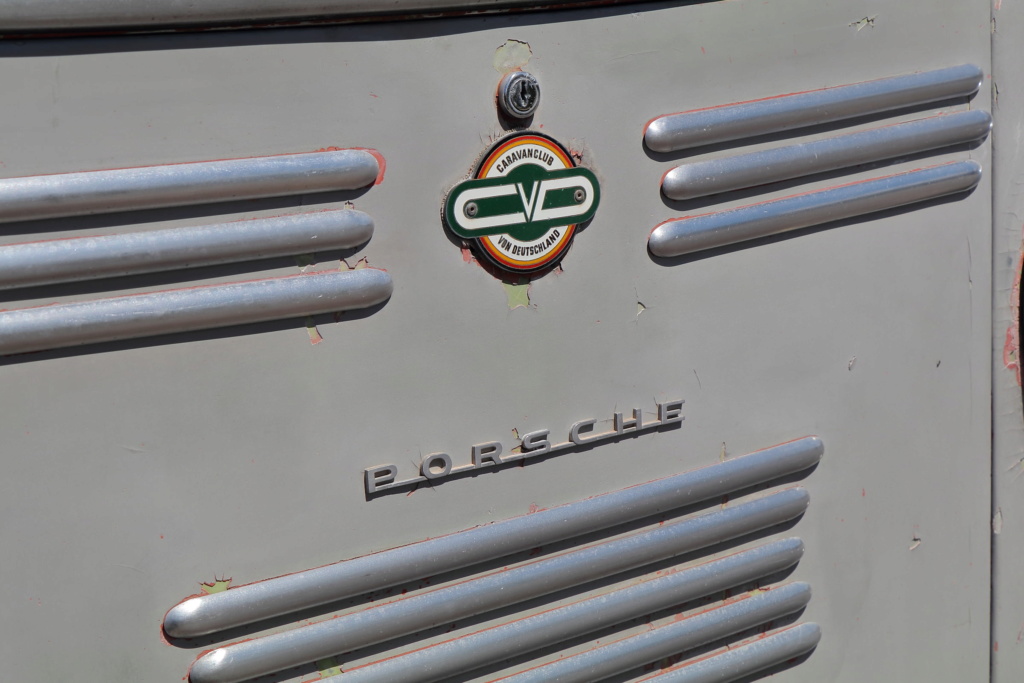 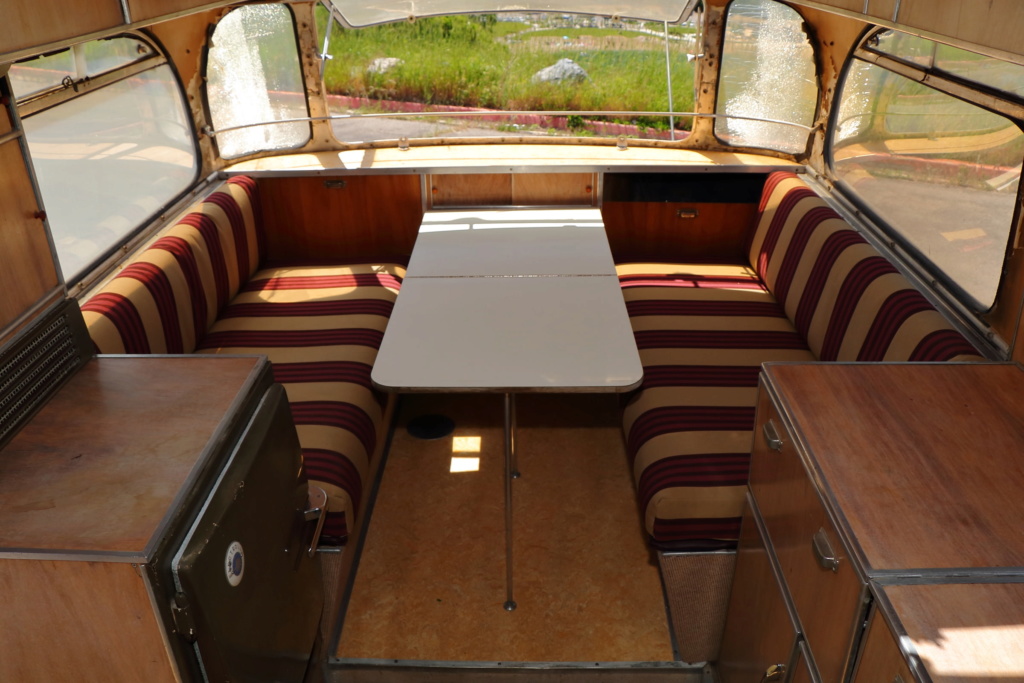 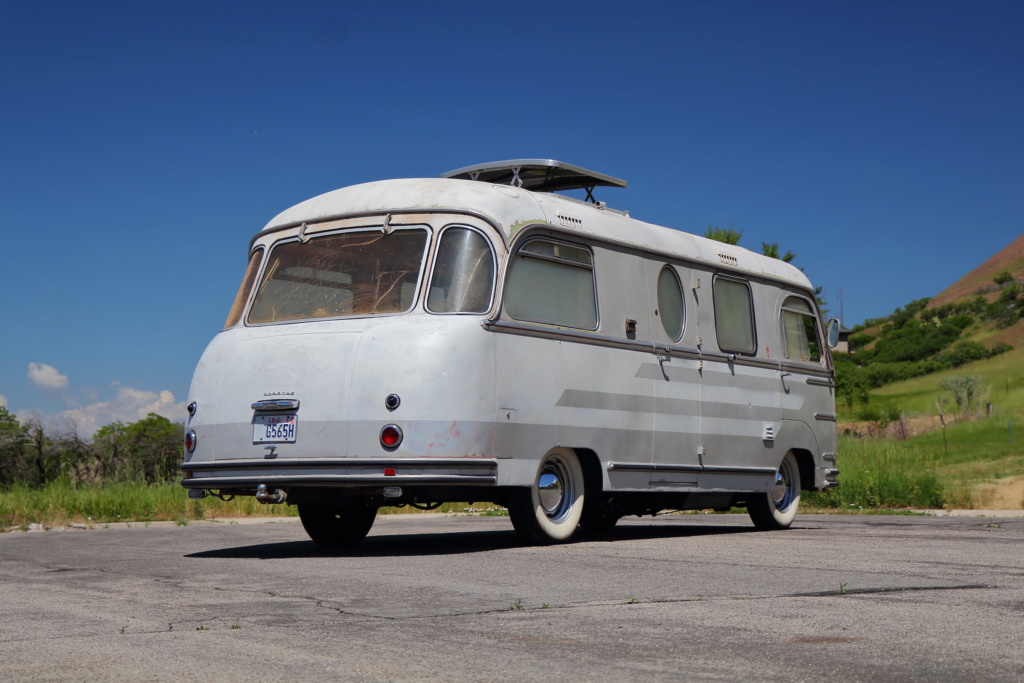 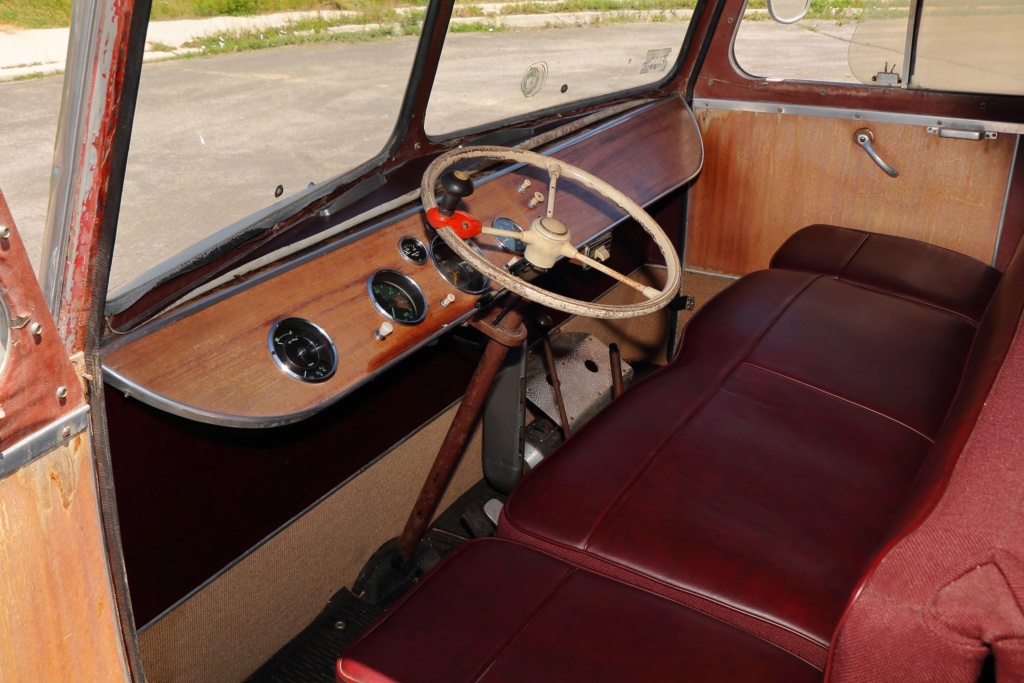 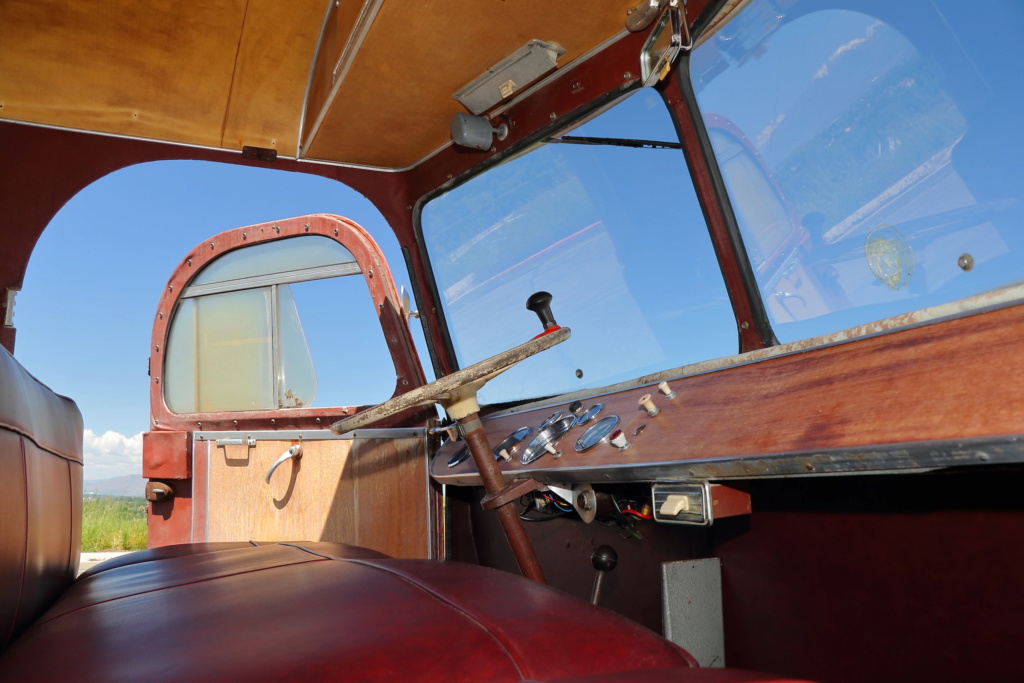 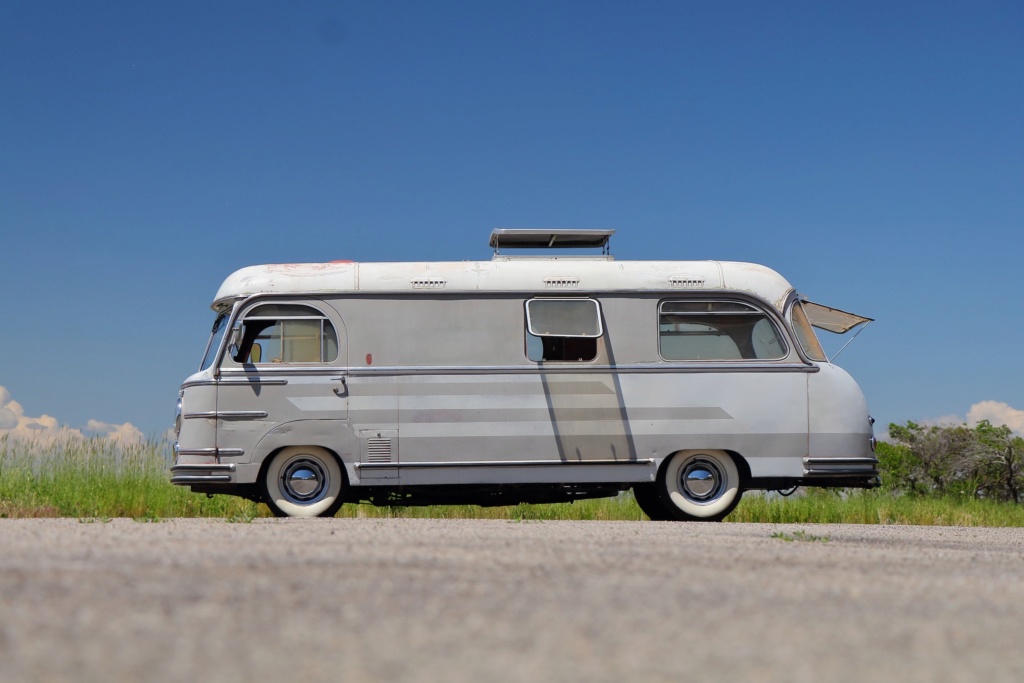 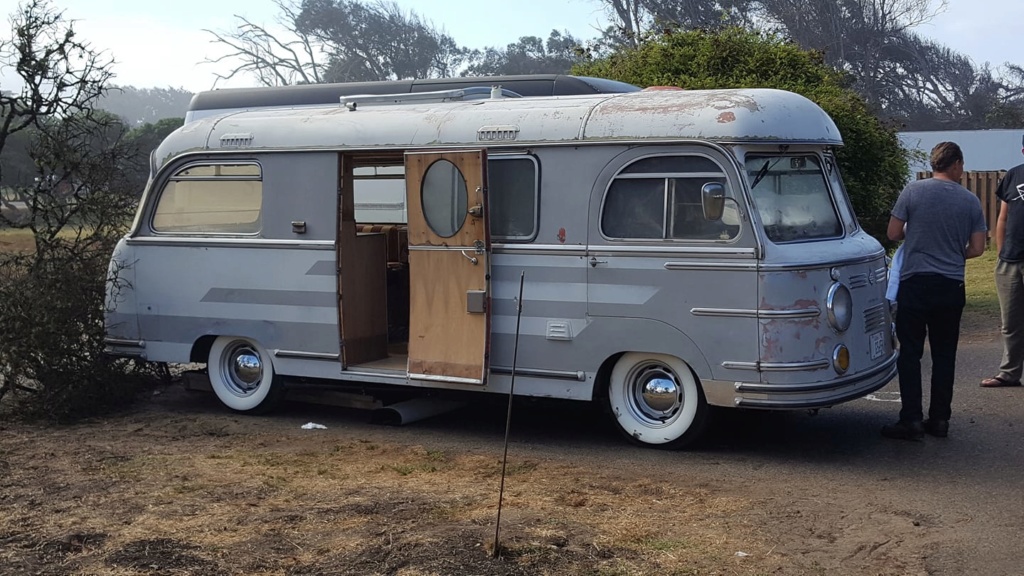