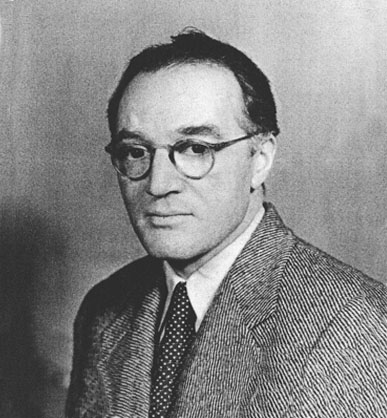 When he was five years of age his father died around 1906 (the same year as the famous earthquake) so he was raised by his mother.

By 1921 he had a job as a bank clerk and he studied night classes at the California School of Fine Arts. In his spare time he drew unsolicited interior story illustrations and mailed them to pulp publishers in hopes of seeing his work in print. His hopes were soon gratified as he sold his first drawings to Street & Smith.

After the financial crisis of October 1929 the banking industry nearly collapsed, and Amos Sewell soon lost his job at the bank. In June of 1930 on his 29th birthday he shipped out of San Francisco on a lumber boat and traveled through the Panama Canal.

He arrived in New York City and visited Street & Smith in person in search of freelance illustration work. He drew dry brush interior story illustrations for many issues of Clues. He also found work drawing for Popular Publication's Horror Stories, and Terror Tales.

He studied at The Grand Central School of Art with Harvey Dunn.

In 1936 he married his wife Ruth Sewell and they moved to 4 Sturges Highway Road, Westport, Connecticut.

In 1937 he began to get assignments from slick magazines such as Country Gentleman, and later for The Saturday Evening Post, for which he illustrated an ongoing series of stories by R.R. Annett that ran for over twenty years.

No record has been foound of his military service during WWII.

"The Practice of Illustration" by H. Pitz shows Amos Sewell's technique for drawing in charcoal.

In the 1950s Sewell was busy doing advertising work for major advertisers.

During the 1950s he and his wife enjoyed several transatlantic voyages on vacations to England.

During the christmas season from 1953 until 1963 he contributed drawings that regularly appeared in The New York Times feature article, "Remember The Neediest." 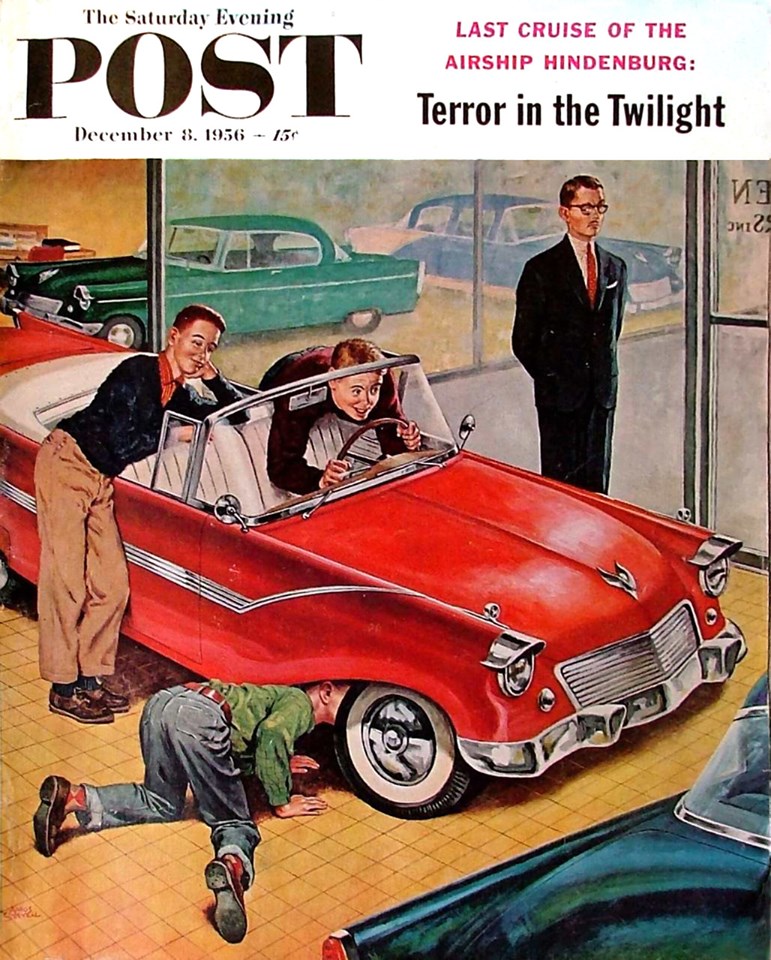 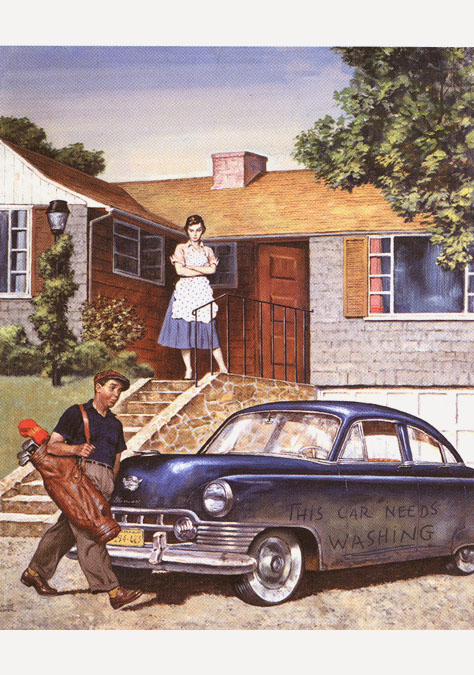 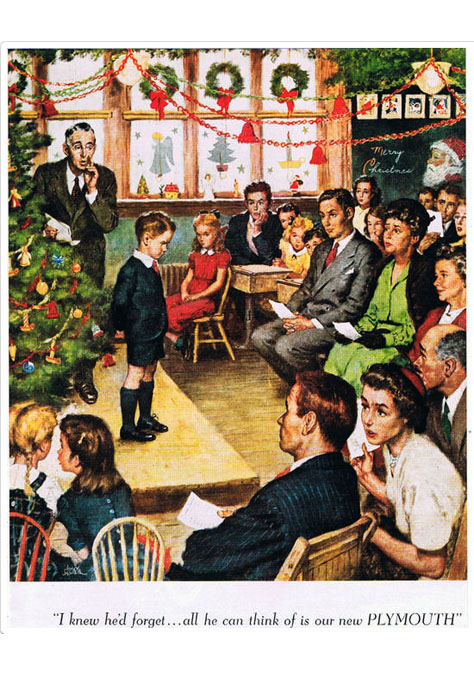 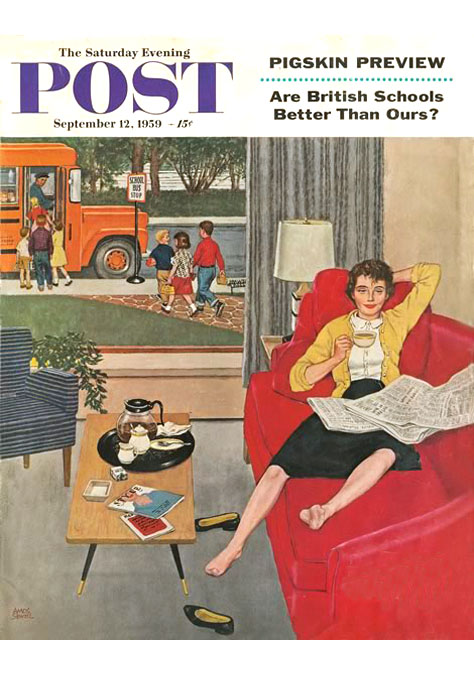 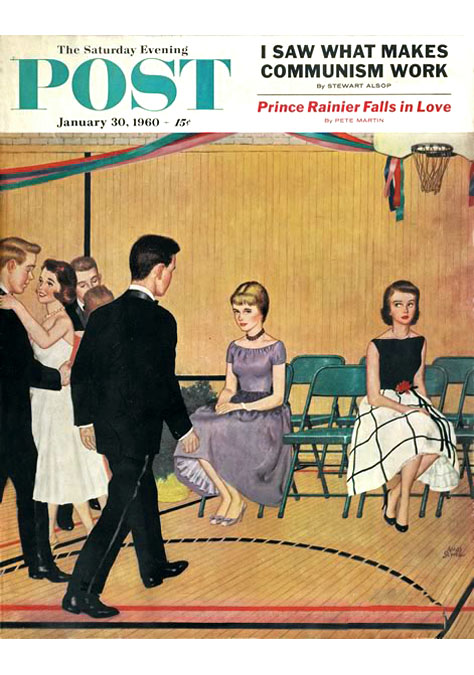 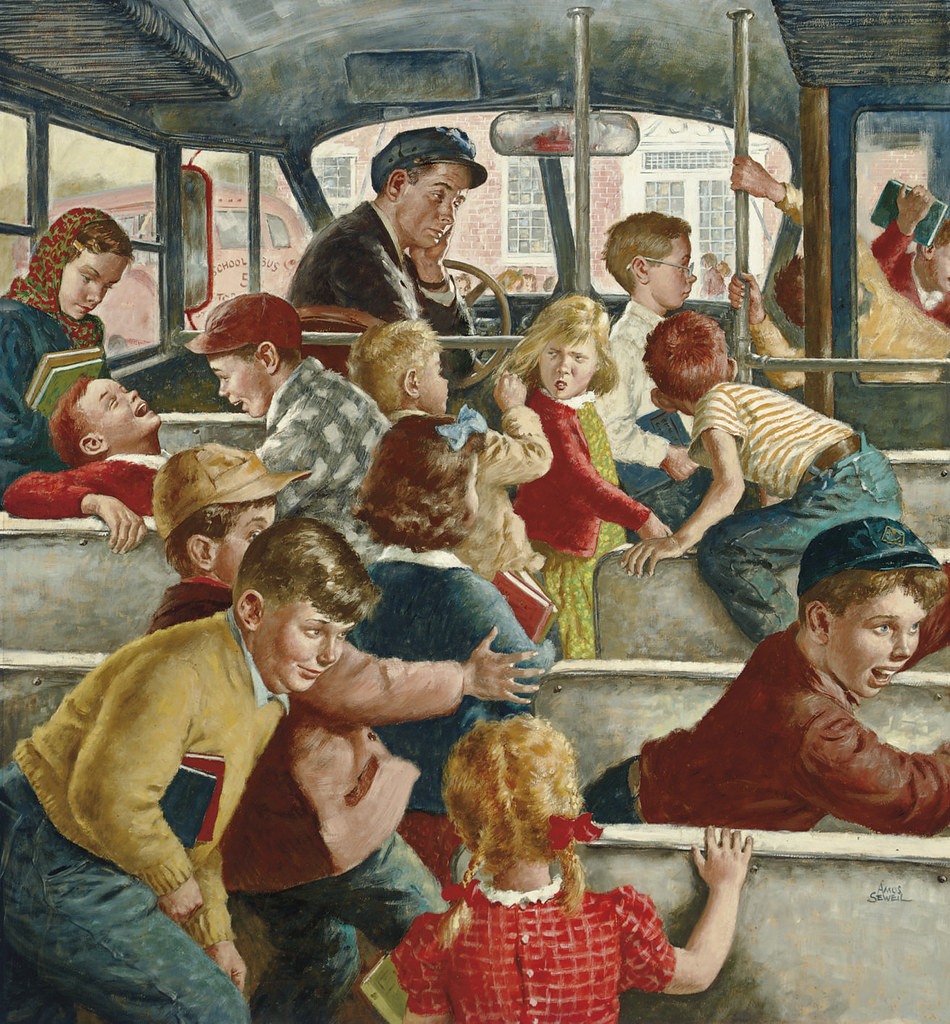 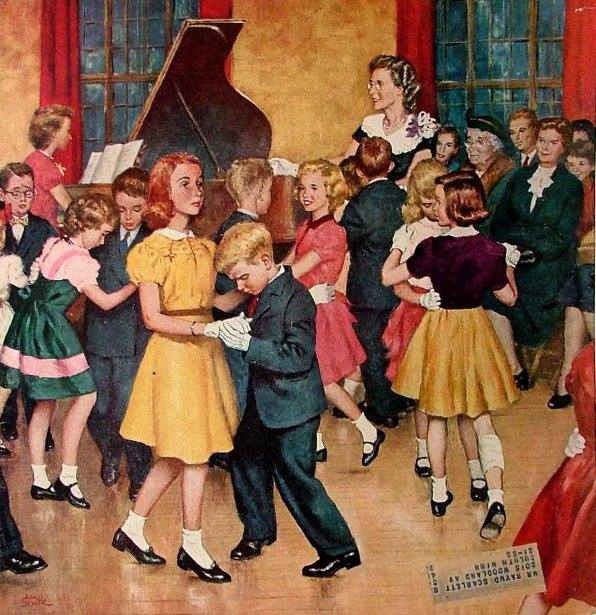 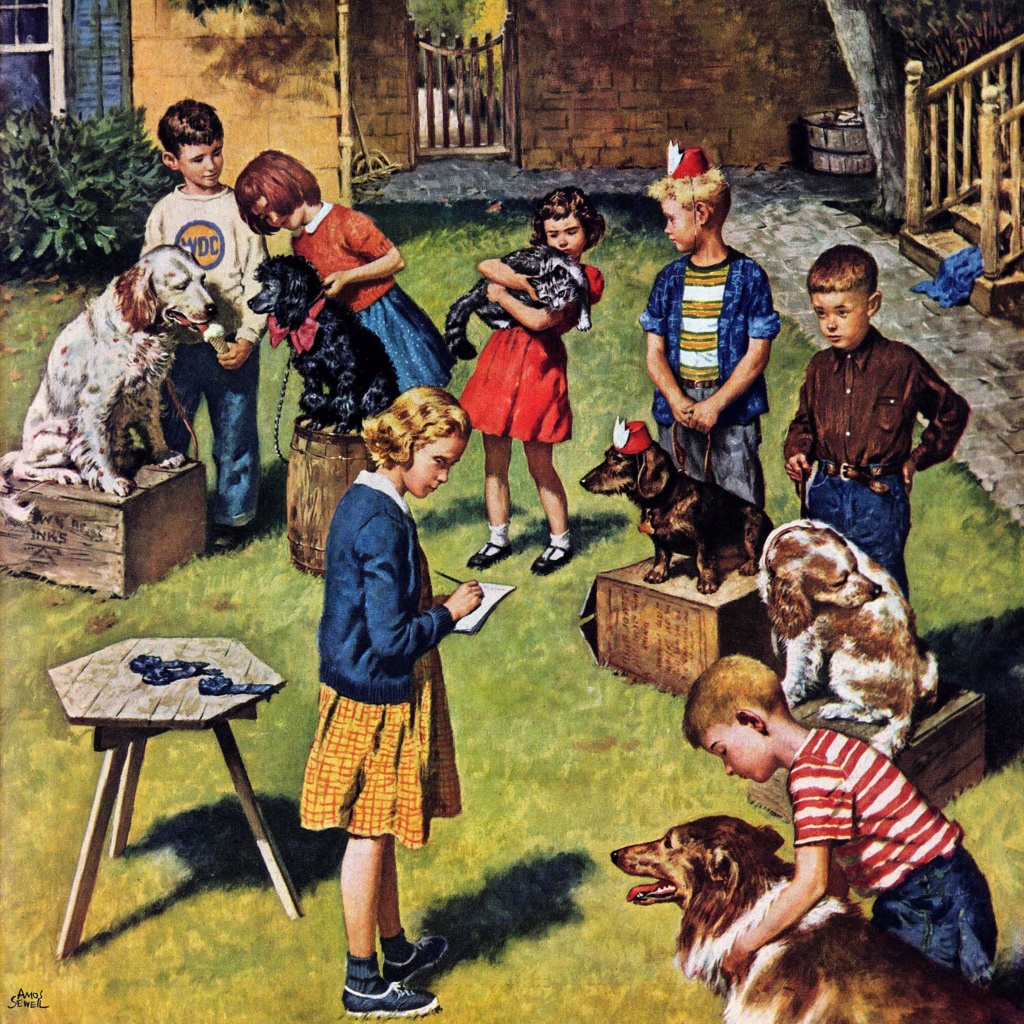 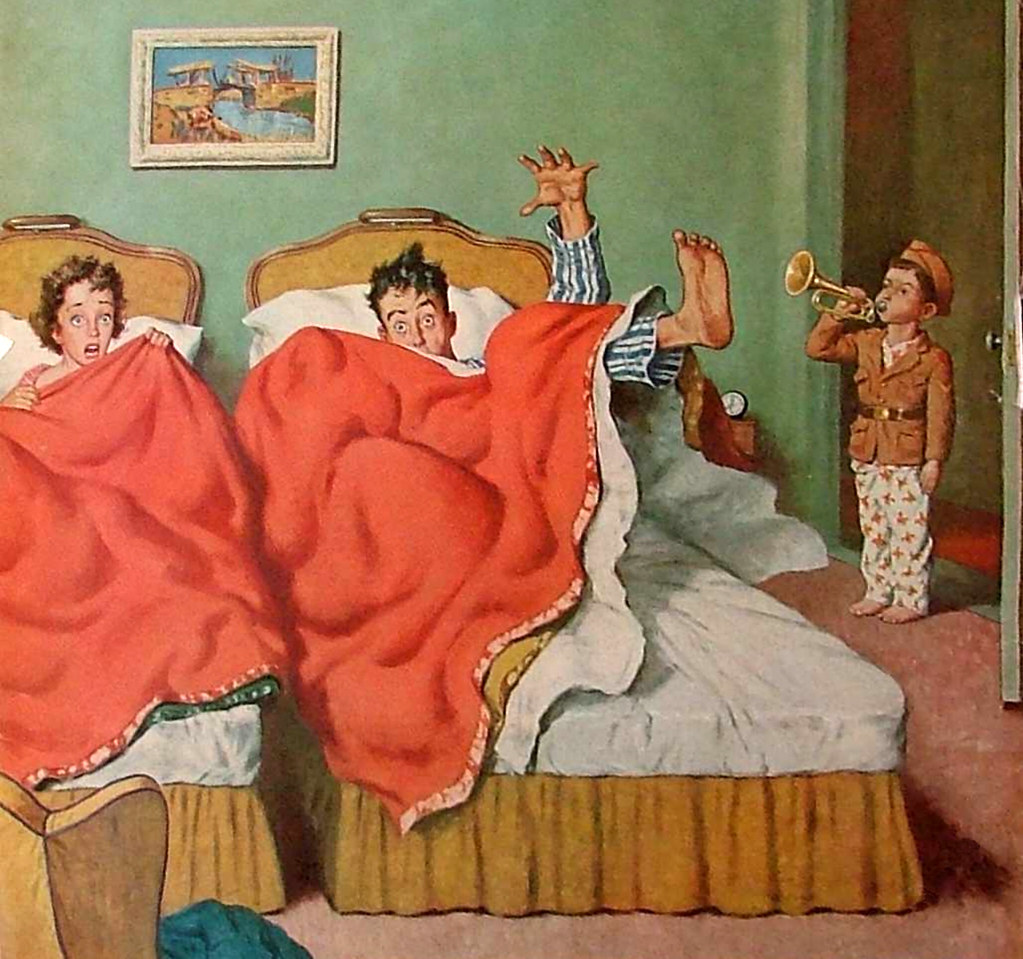 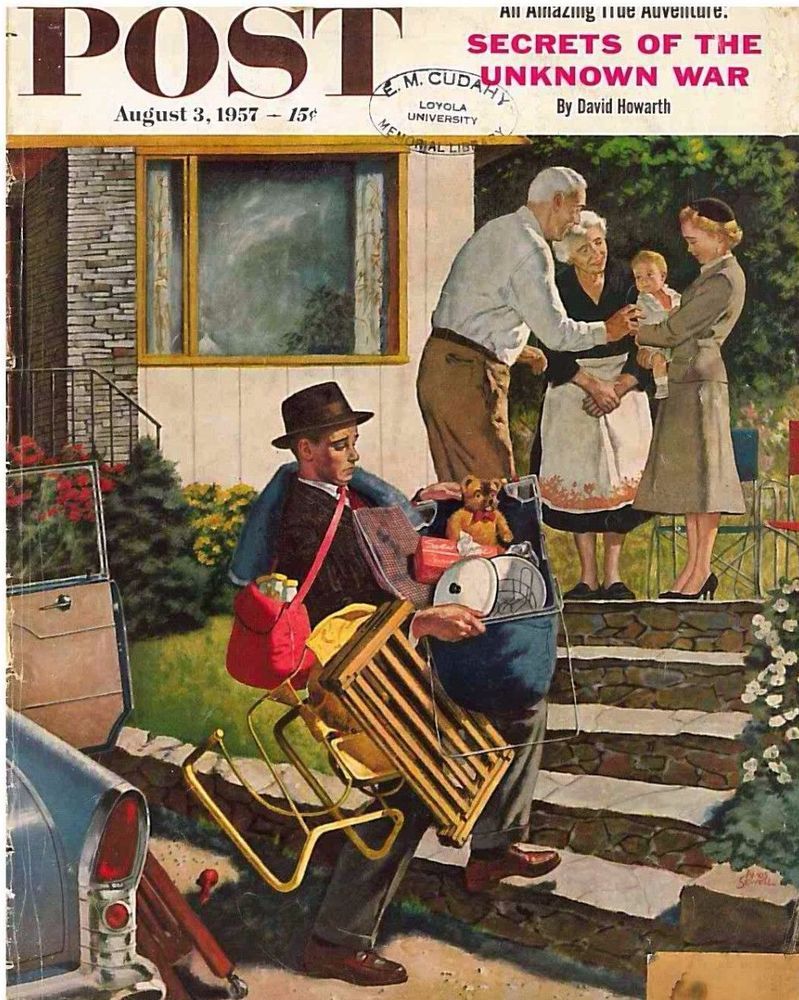 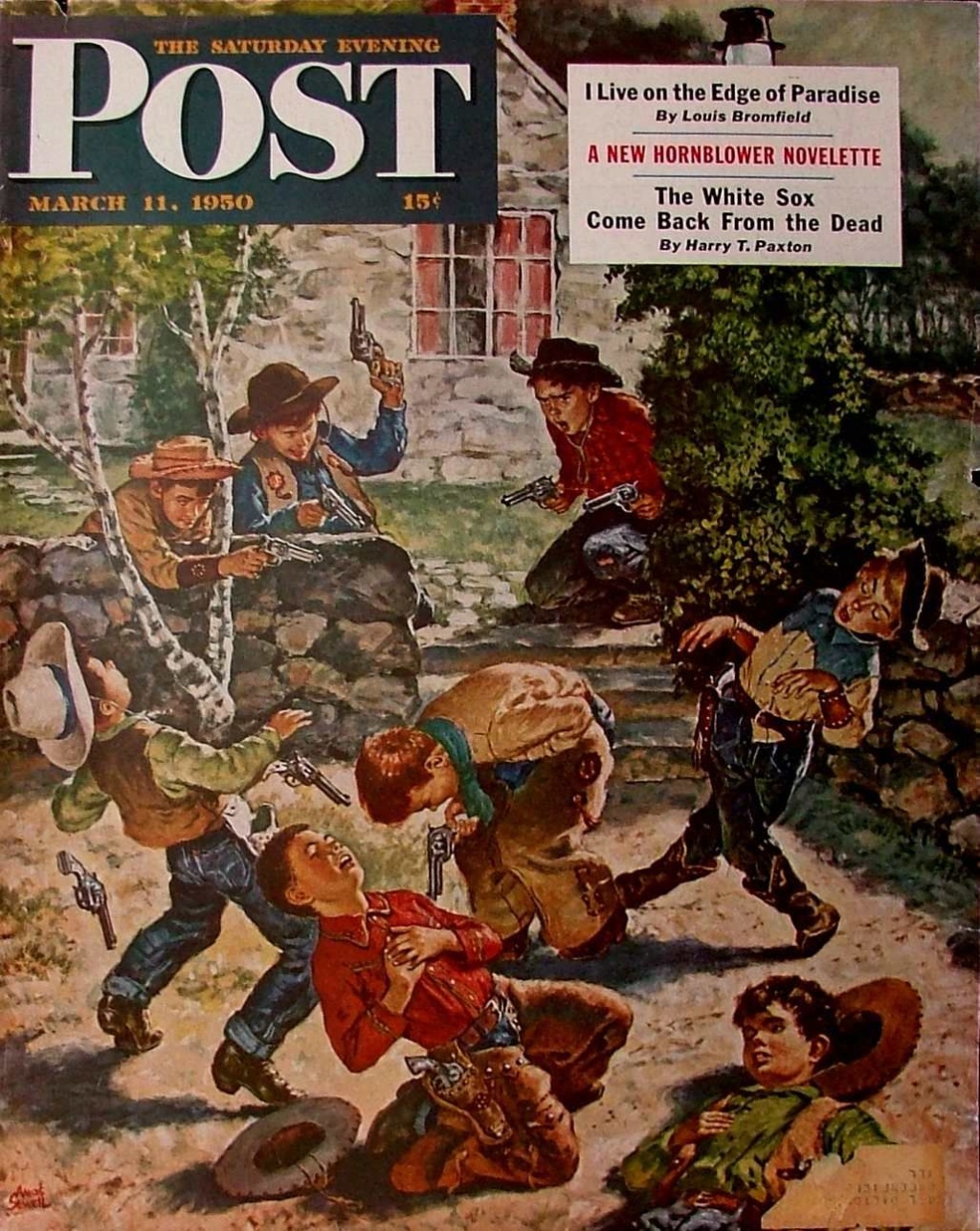