The Strip Star is a show and competition race car built by Gene Winfield of Winfield's Custom Shop for the Promotions Inc Show Car Division in 1963. The Strip Star featured an asymmetrically offset hand-formed aluminum body that was mounted on a modified 1948 Ford chassis with a 107" wheel base. The body was covered by a full belly pan underneath. The Strip Star had an electronically operated tonneau cover over the passenger seat, and an off-center asymmetrical grille and headlight assembly. Yhe lights are French driving lights and one Honda headlight.The sleek fastback design of the Strip Star begins in the special roof over the drivers compartment and flows down to enclose the drag chute. The Strip Star was powered by a full race 427 Ford engine rated at 425 hp. The engine is coupled to a Ford 4-speed transmission that is hooked to the 1948 Ford rear end. Total weight of the car was 2300 pounds. 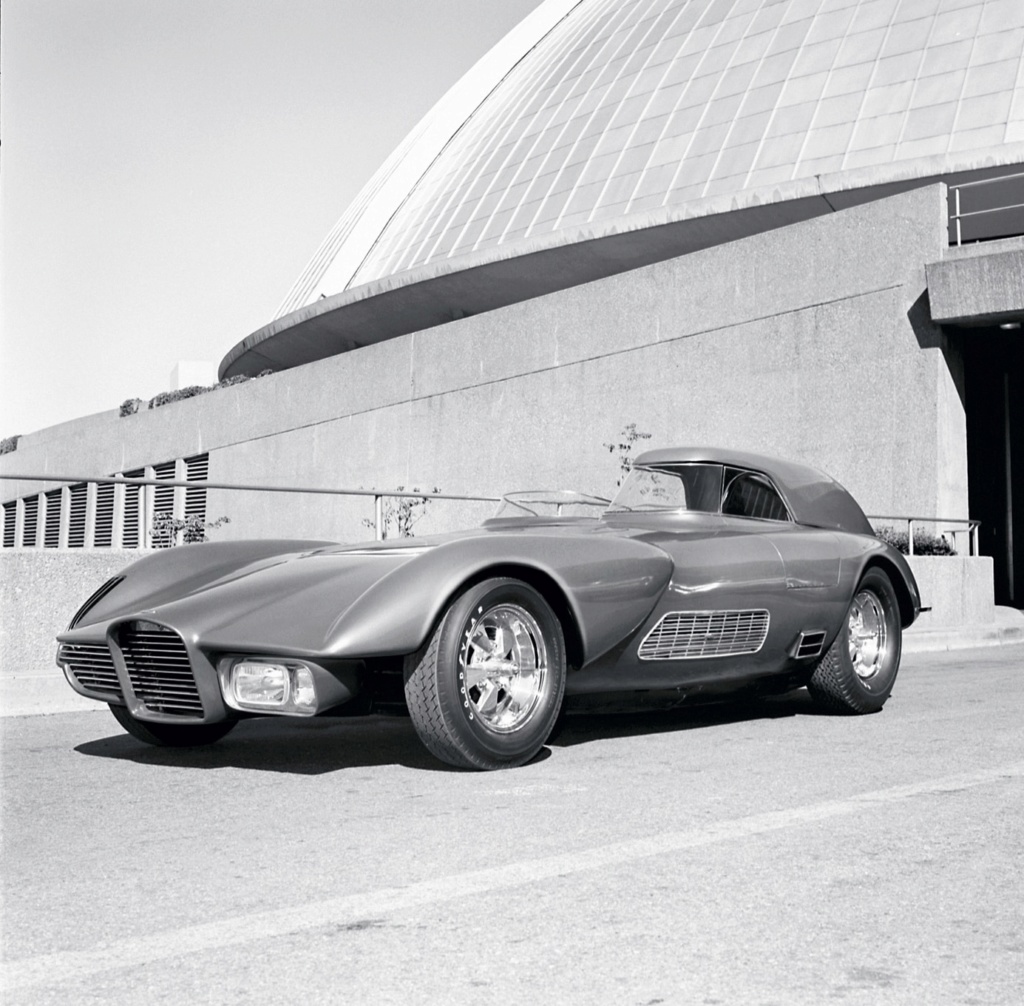 Inside the car was done in black Naugahyde with foam-padded fiberglass bucket seats and black carpeting. The unusual steering wheel was made of aluminum stock bent back to a 90 degree angle. The exterior was painted with 40 coats of candy tangerine over a pearl underbase. Goodyear Super Sport tires were mounted on Terra Thrust Wheels. designed and manufactured by Gene Winfield. A remote control raised and lowered the top, started the engine, and operated the passenger windshield. 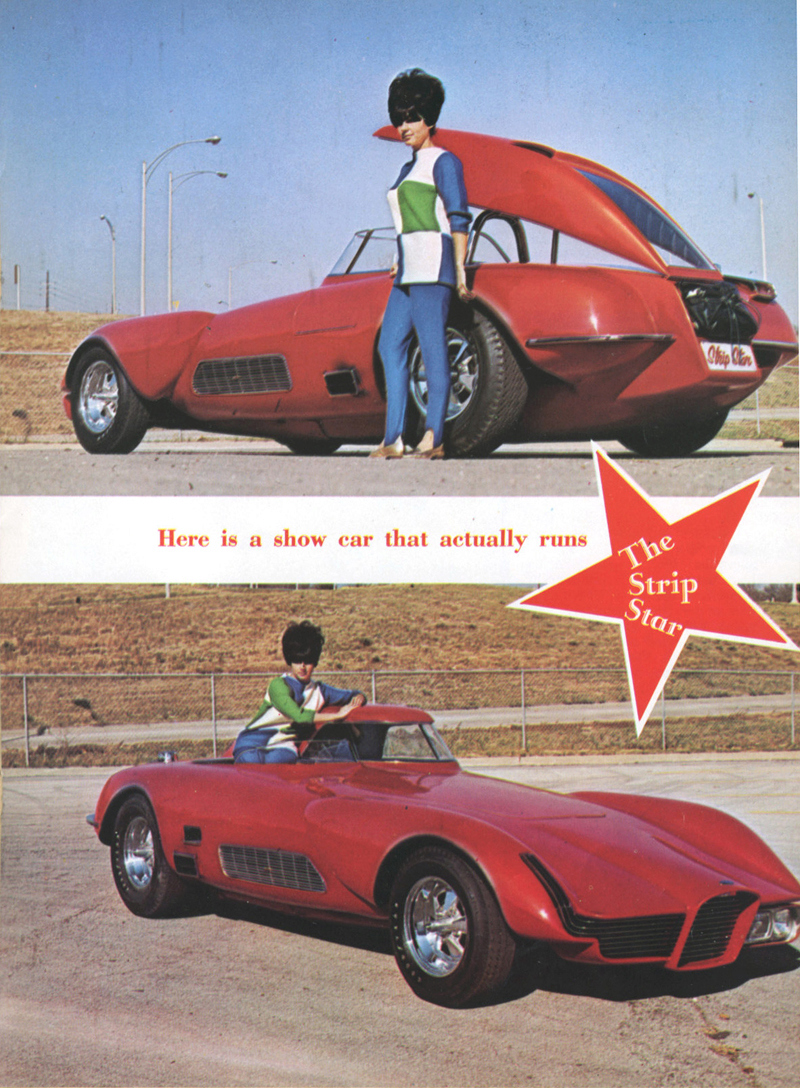 In 1989 the Strip Star appeared in Back to the Future II as a futuristic vehicle from 2015. 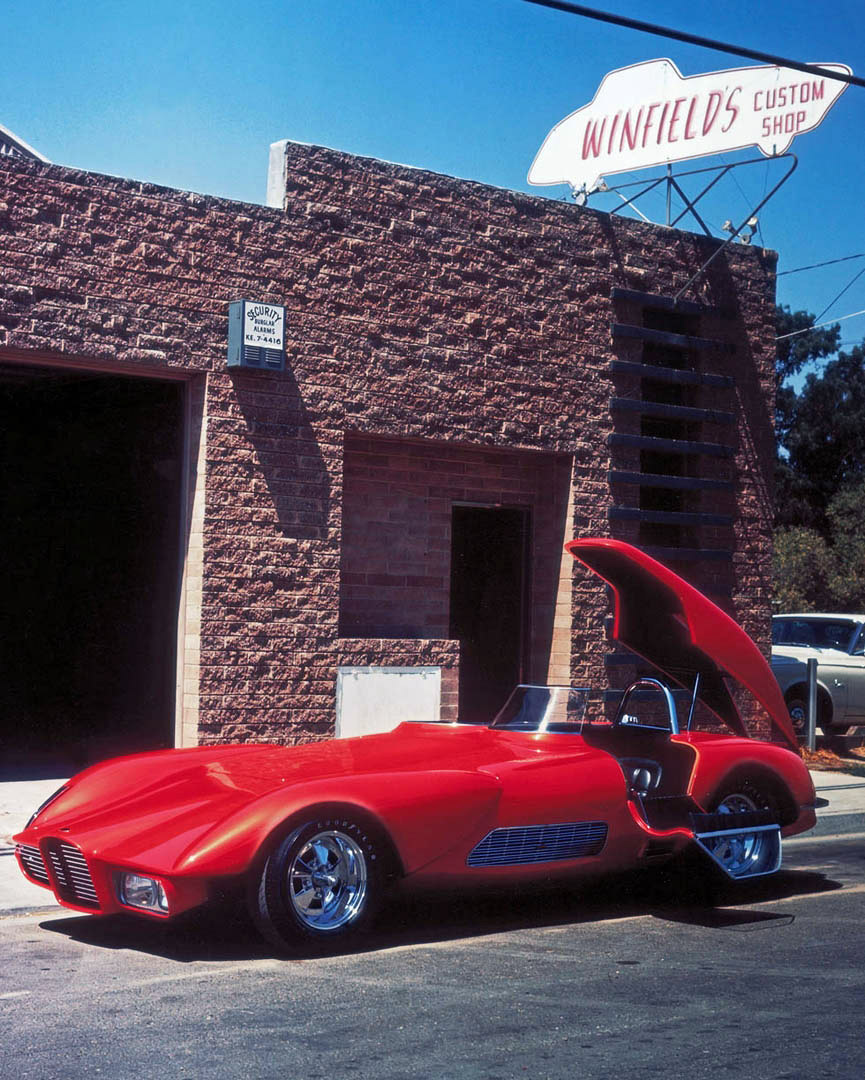 The Astro was Bill Cushenberry of Cushenberry Custom Shop's contribution to the Ford Custom Caravan. The build was based on a 1963 Ford Galaxie Convertible. Bill used Ford's traditional round taillight theme as motif for the front end of the car. https://kustomrama.com/wiki/1963_Ford_Astro 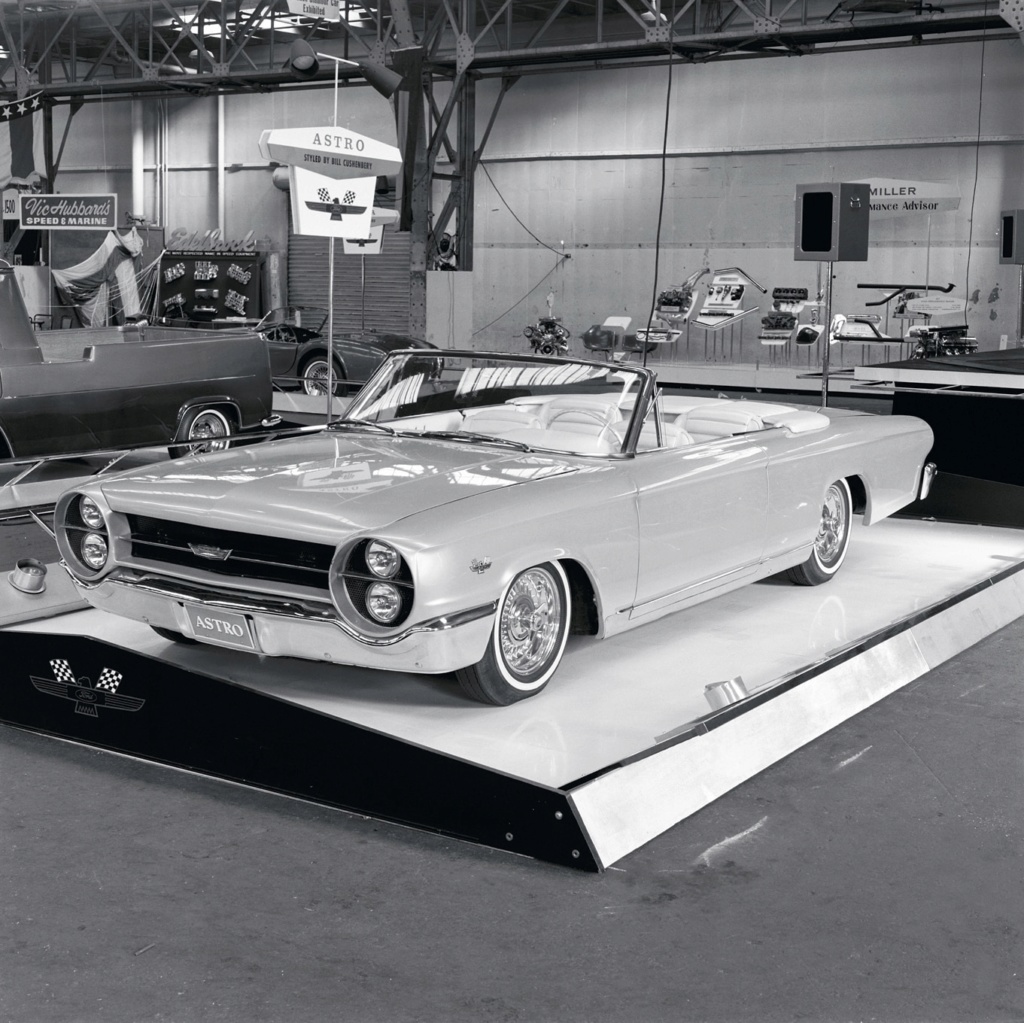 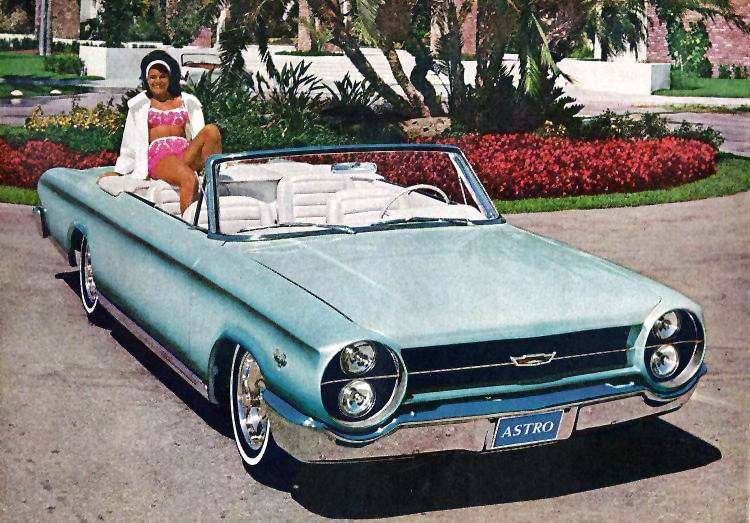