The spaceship-like theater, which is still in use, was one of the most popular exhibits at the 1964 New York World's Fair. 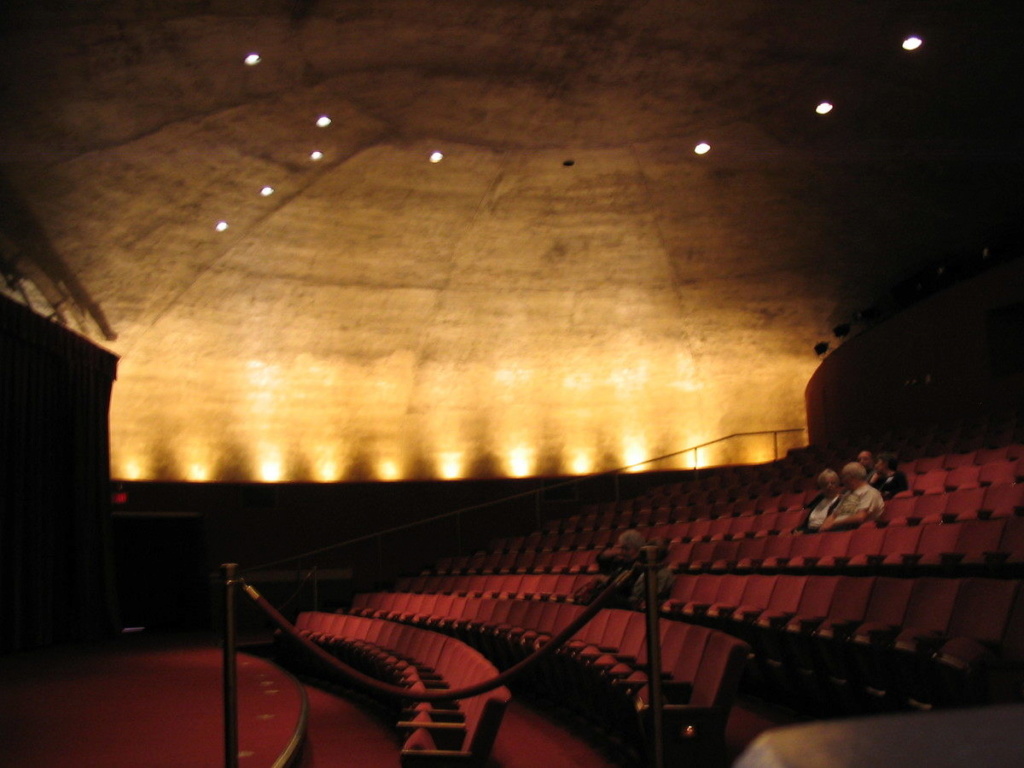 The 1964 New York World’s Fair was momentous, and some structures put up for the global exposition still stand in Flushing Meadows. But Racine, Wisconsin has its own gilded reminder of its participation in the fair: the striking Golden Rondelle theater. 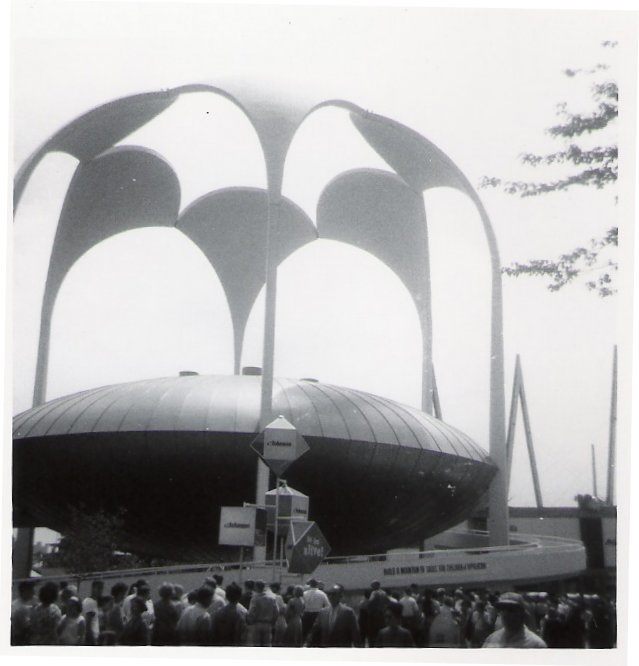 The spherical golden theater, which resembles a giant metallic spaceship, was the brainchild of the then-head of the SC Johnson company, H.F. Johnson Junior. He had wanted the company’s exhibit to make an impression upon the event’s attendees. The theater, built to hold 500 people, screened the 18-minute film To Be Alive! at regular intervals. The film was shot specifically for the grand global affair.

The film, which depicted children from different cultures maturing into adults, struck a chord with visitors, as it premiered at a time when the world had seen several incidents of unrest and upheaval. The pavilion became one of the most popular exhibits at the fair, and was called “exceptional” by critics.

When the expo was completed, the frame of the structure was disassembled and made its way to Racine, where the household cleaning supplies corporation was headquartered. It was redesigned and continues to function as a three-screen theater and visitor center on the company’s campus. The short film, which went on to win an Academy Award, is still screened, extending the World’s Fair experience. 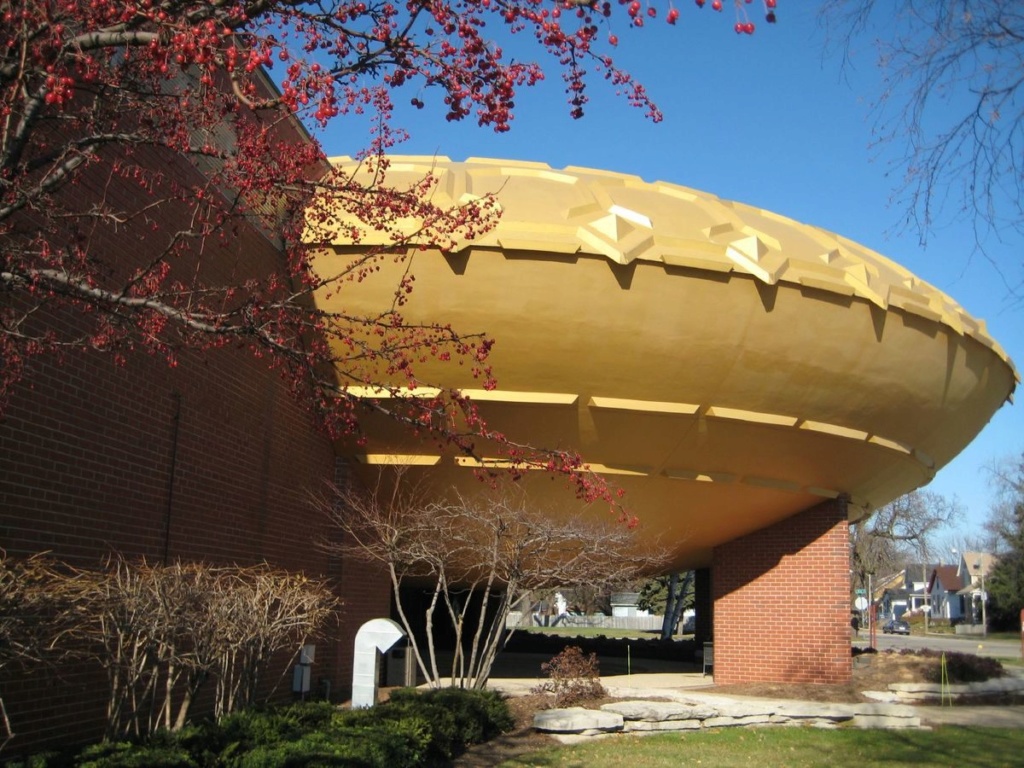 Re: The Golden Rondelle - Racine, Wisconsin - a giant metallic spaceship 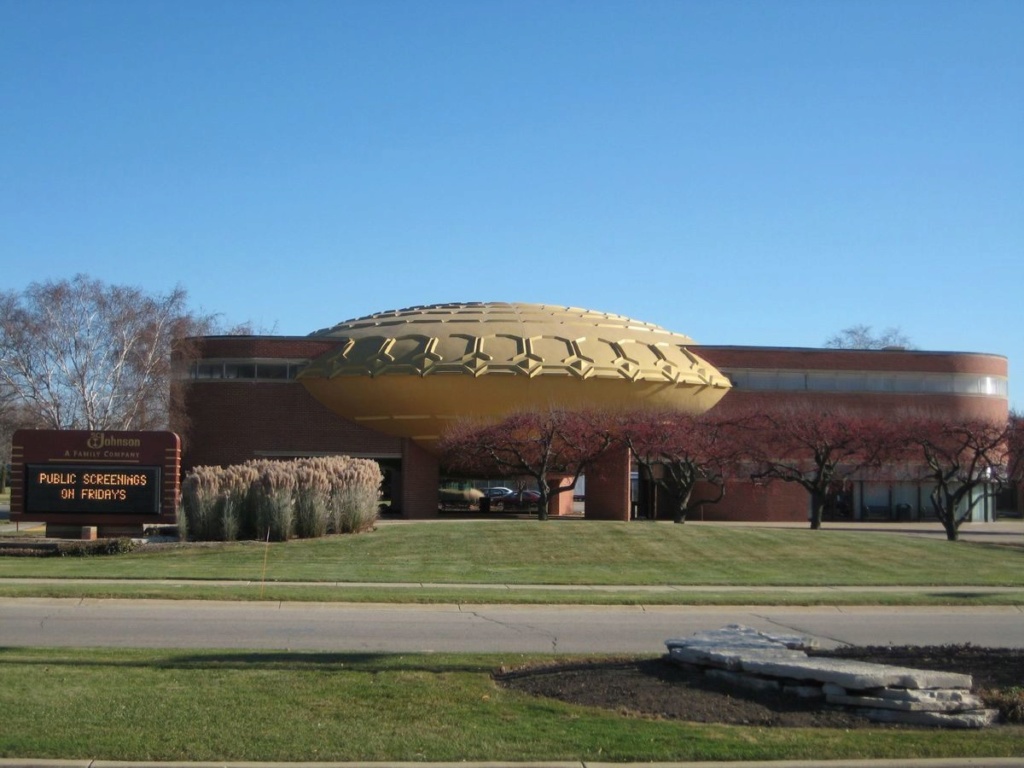