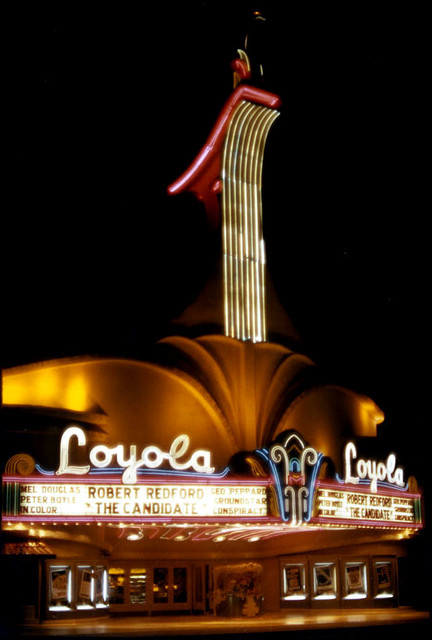 Loyola Theater in 1982, shortly before it was converted into office space. The spectacular Loyola Theater in Westchester showed its last film in 1982. The building was converted into office space, though vestiges of its former splendor can still be seen in the building’s present-day facade. It was a beauty in its day; the lobby alone, complete with sunken concessions stand, was worth the price of admission. 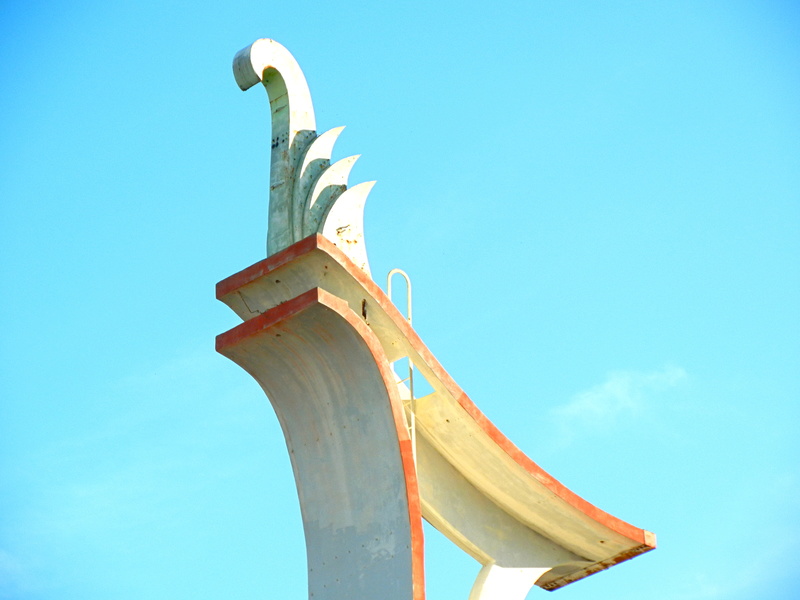 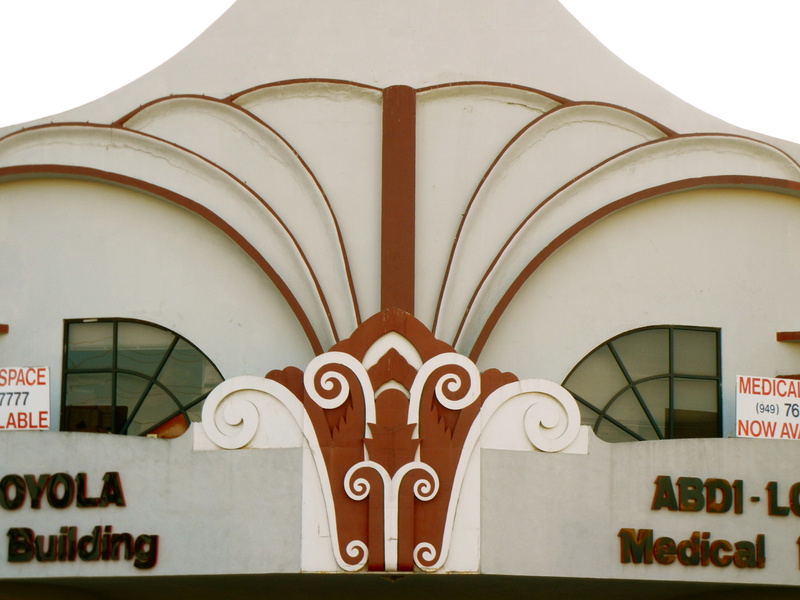 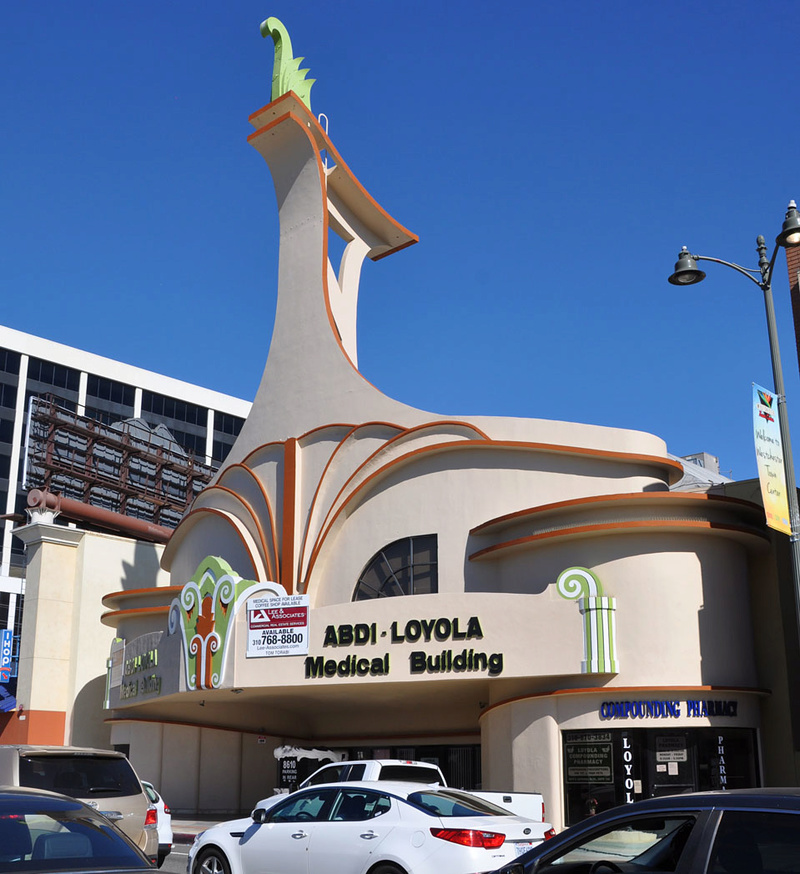 The Loyola Theater was opened on October 3, 1946. Located in the Westchester district of Los Angeles, close to LAX airport. Before the theater’s conversion to a medical office building, the front of the Loyola Theatre featured a beautiful swan that rose about sixty feet above the theater’s marquee. The auditorium was similiar to the Fox Crest Theater in North Long Beach, CA (now razed) and featured an early form of stadium-style seating. 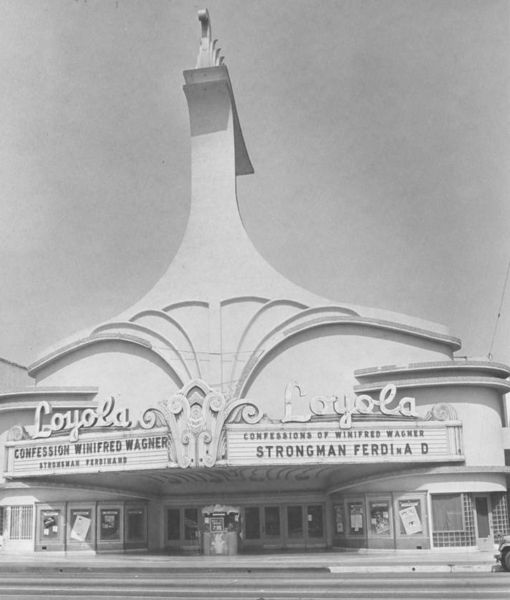