The Palais Theatre located in the Melbourne inner suburb of St Kilda was built in 1926 as a cinema, designed by Henry E White. Used mainly as live theatre and concert venue since the 1950s with a capacity of 2,896 people, it is the largest seated theatre in Australia. It is situated by Port Phillip Bay, facing the Lower Esplanade, and is part of a turn-of-the-century entertainment district. 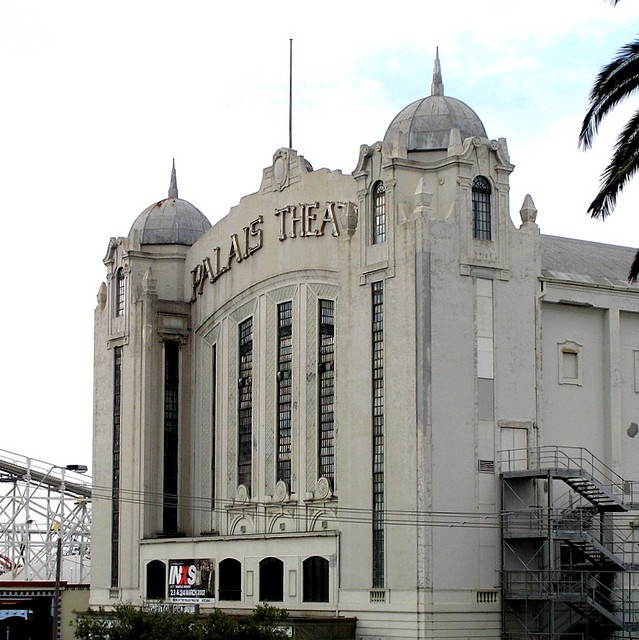 There have been several theatres named "Palais" in St Kilda

The theatres on this site were originally owned by the Phillips brothers (Leon, Herman and Harold), three American showmen from Spokane, Washington. Arriving in Australia prior to the First World War, Leon Phillips joined forces with fellow American James Dixon Williams. After establishing a chain of upmarket and highly successful cinemas around the nation together with a major film exchange business, the pair moved into the area of outdoor amusements with the construction of Luna Park in St Kilda in 1912. Williams eventually returned to the United States where he became a key figure in the movie industry as co-founder of First National Pictures, a distribution and production company which was later acquired by Warner Bros. He is also remembered as the man who signed Charlie Chaplin to Hollywood's first ever million dollar contact. The Phillips, however, chose to remain in Australia where they continued to expand their commercial interests which eventually included part ownership of the Capitol Theatre, another former picture palace, which still stands in Swanston Street, Melbourne.

The first of these opened in 1914 on this site as the Palais de Danse. At the end of World War I, it became "Palais Pictures". In 1919, a steel-framed and arched truss structure was built over the former dance-hall, which was dismantled and relocated next door, to the north.

In 1922, the architect Walter Burley Griffin began designing a remodelled Palais Pictures. Construction of Griffin's plans began in 1925, but a fire engulfed the stage in February of the following year, just before completion, bringing work to a halt. When Griffin moved on to Sydney, the developers commissioned a new architect, Henry E. White, to build a larger, more grand theatre. 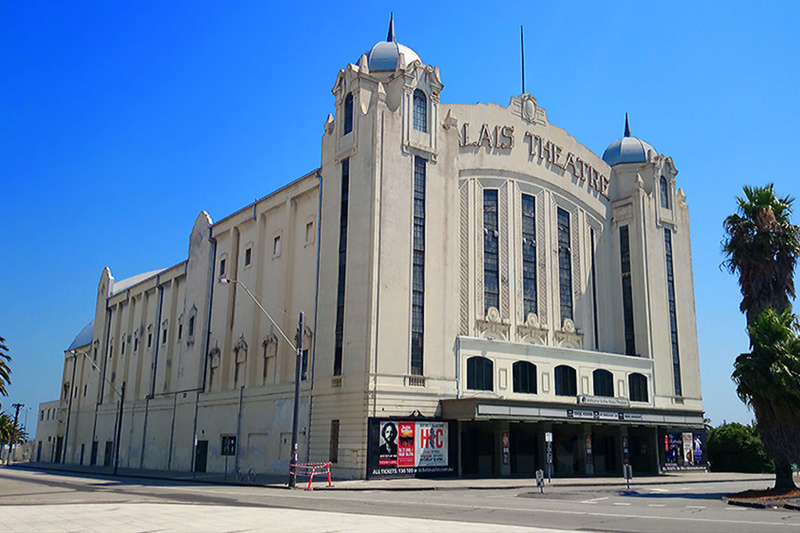 When the last of the Phillips died in 1957, the Palais, the Palais de Danse and Luna Park were sold to local entrepreneurs in Melbourne. A brass plaque, still in place on the second level of the Palais, bears a tribute to Leon Phillips from members of the American community of Victoria. The theatre, which had operated primarily as a cinema until the 1950s, became increasingly popular as a live performance venue for top overseas stars such as Johnnie Ray, Bob Hope, the Rolling Stones, Tom Jones and many others.

In the 1970s, the theatre regularly presented ballets, including The Bolshoi, The Kirov, Stars of World Ballet and The Australian Ballet.[2] The Australian Ballet also had some of their ballets premiered there including Anne Woolliams' production of Swan Lake on 19 October 1977,[3] and its first commissioned Nutcracker choreographed by Leonid Kozlov and Valentina Kozlova on 8 October 1982.[4] 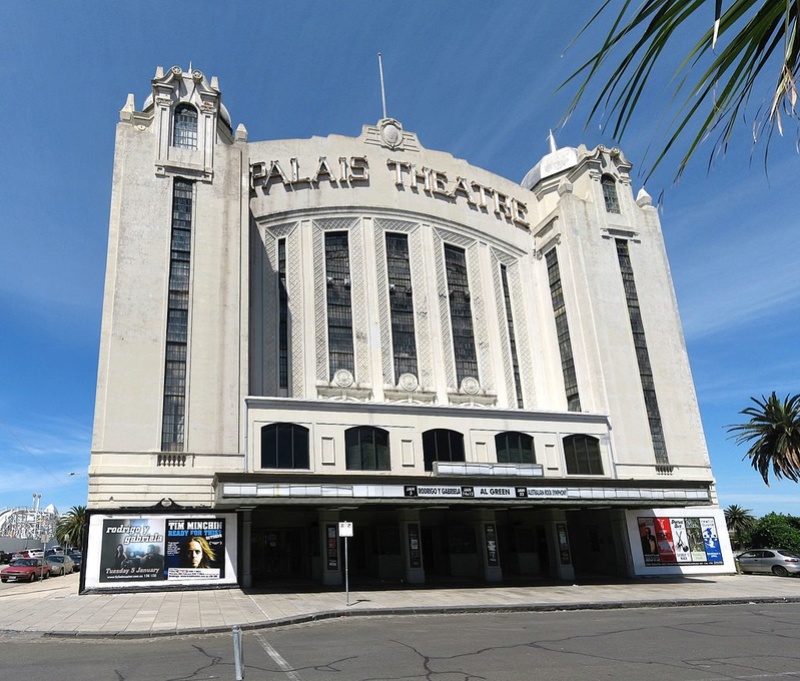 In 2016 the Premier of Victoria Daniel Andrews announced a $20 million restoration,[5] and the renovated theatre reoped in May 2017.[6]

From 2007 the venue has been managed by Palais Theatre Management Pty Ltd, from 2017 the lease will be taken over by Live Nation following restoration works [7]