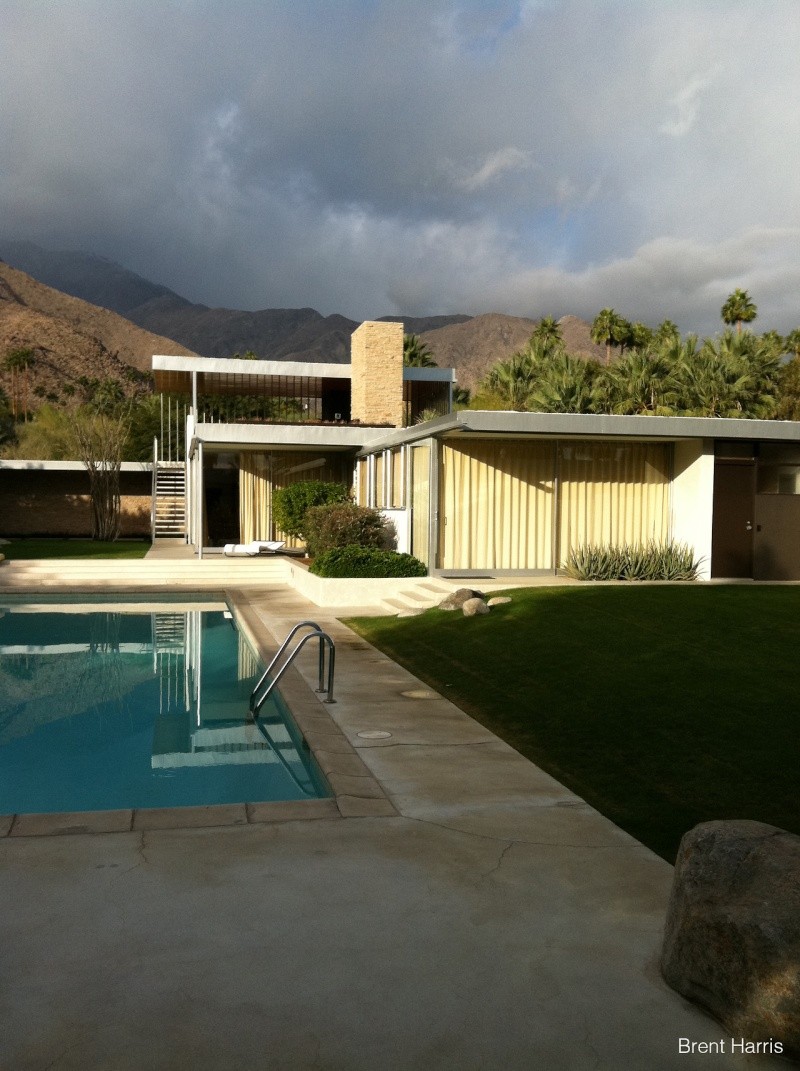 The Kaufmann Desert House designed by architect Richard Neutra in 1946 is arguably the most famous mid-century modern home in Palm Springs. So, it is a real honor to be asked by the current owner, Brent Harris, if he could share a few exclusive and never-before-published photographs (he shot these himself!) of the architectural masterpiece with our faithful Mid-Century Modern Freak readers. The three featured images capture the first glow of the desert sun slowly illuminating the home against the Mt. San Jacinto backdrop facing the West. Taken just this winter, they offer a truly unique view we would otherwise not be privy to!
_________________
We don't care the People Says , Rock 'n' roll is here to stay - Danny & the Juniors - 1958 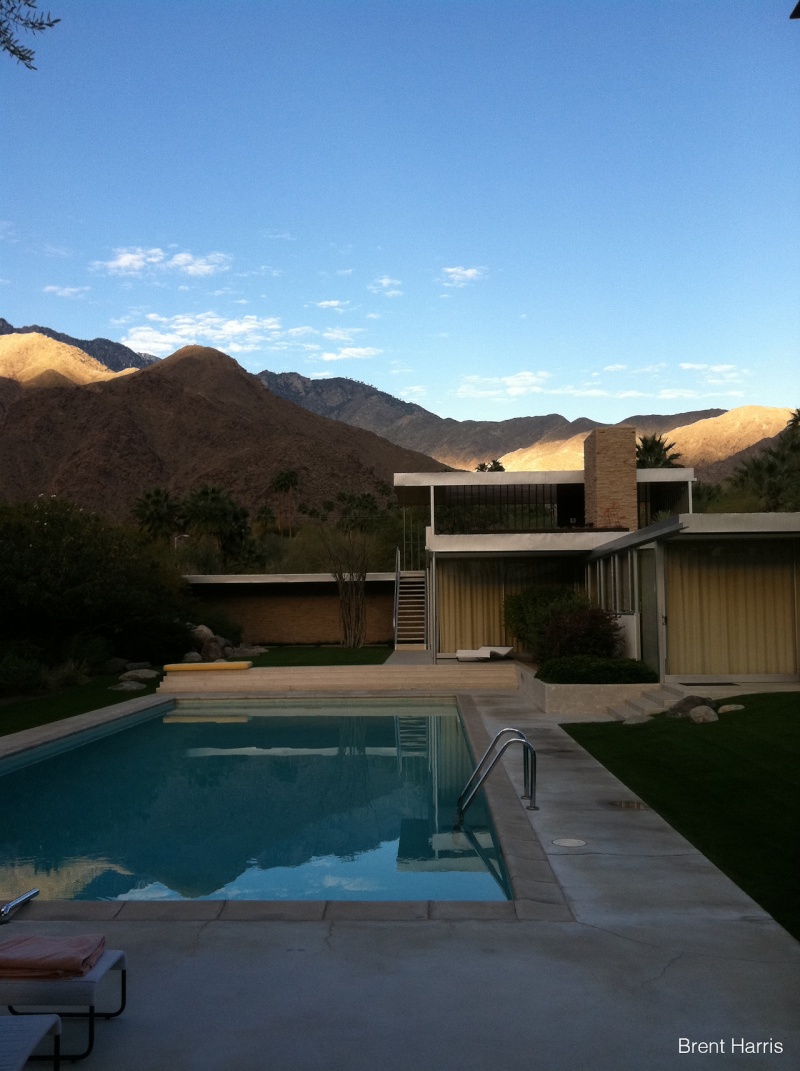 There is another little tidbit Mr. Harris would like to share. The property site, courtesy of department store mogul Edgar J. Kaufmann Sr. (who also commissioned Fallingwater), acquired the lot during the war after seeing the Miller House by Neutra. By the time Mr. Harris purchased the home in 1993, the size of the lot shrank to only one acre. He then set out and reacquired the surrounding land right before it was to be developed. The Kaufmann Desert House lot size is now close to or equal to its original size at 2 3/8 acres.
_________________
We don't care the People Says , Rock 'n' roll is here to stay - Danny & the Juniors - 1958 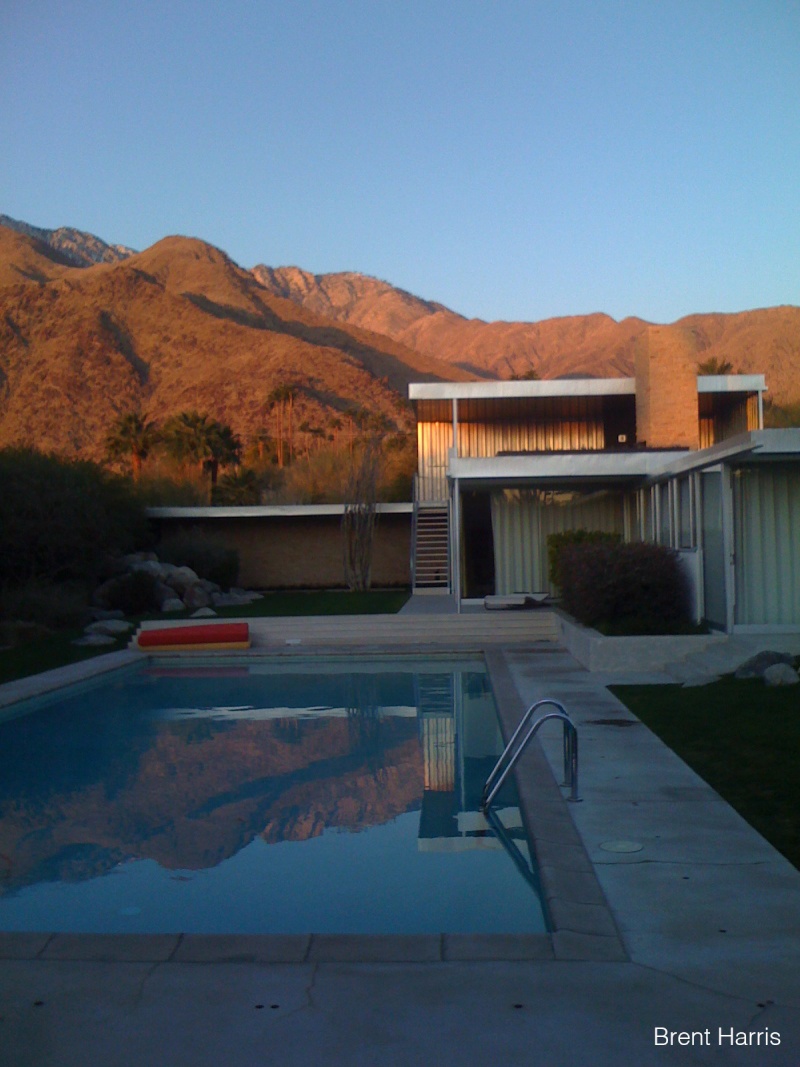 Mr. Harris, an ardent preservationist, found his home almost unrecognizable due to ill-conceived modifications of years gone by. Faced with a very daunting task, he took full control (beginning 20 years ago) of the restoration process. In Palm Springs, doing any kind of quality restoration of a modern building back then was not even a thought. Nevertheless, Mr. Harris luckily had the foresight and hired a pair of little known architects, Leo Marmol and Ron Radziner, who showed a very unusual passion for modern architecture at a time when it was it was not even fashionable. They operated out of a tiny storefront in LA on Centinela Ave. located in between a nail salon and a slightly run down liquor store. After their huge success with the Kaufmann project, Marmol Radziner + Associates went on to become an award-winning and much sought after architectural design team. They have restored other well known modern homes, including John Lautner’s Garcia House, other Neutra houses, the Eliot House by R.M. Schindler, and many more.

For historical accuracy, Mr. Harris also worked extensively with famed architectural photographer, Julius Shulman to reference unpublished photos of the Kaufmann home. He also acquired documents at Columbia University, searched the Neutra Archives at UCLA, and even re-opened a closed quarry to mine the same Utah Buff Standstone used in both the Kaufmann and Fallingwater homes. Meticulous attention to exact details and dedication have resulted in something Neutra would have been proud of.

Brent Harris had single-handedly resurrected the the Kaufmann Desert House to Richard Neutra’s original design for future generations to enjoy!
_________________
We don't care the People Says , Rock 'n' roll is here to stay - Danny & the Juniors - 1958