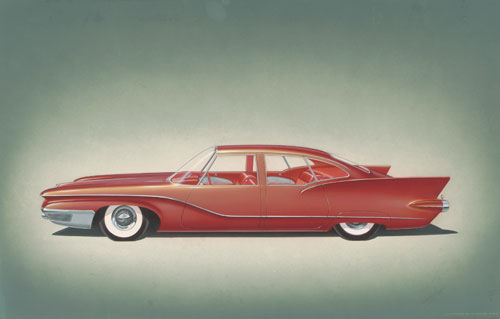 Here are some pictures of the 1958 D’Elegance styling study. Supposedly Exner was never very happy with this car, but nonetheless it is just chock full of embryonic design themes that he used in modified form on production cars within a few years 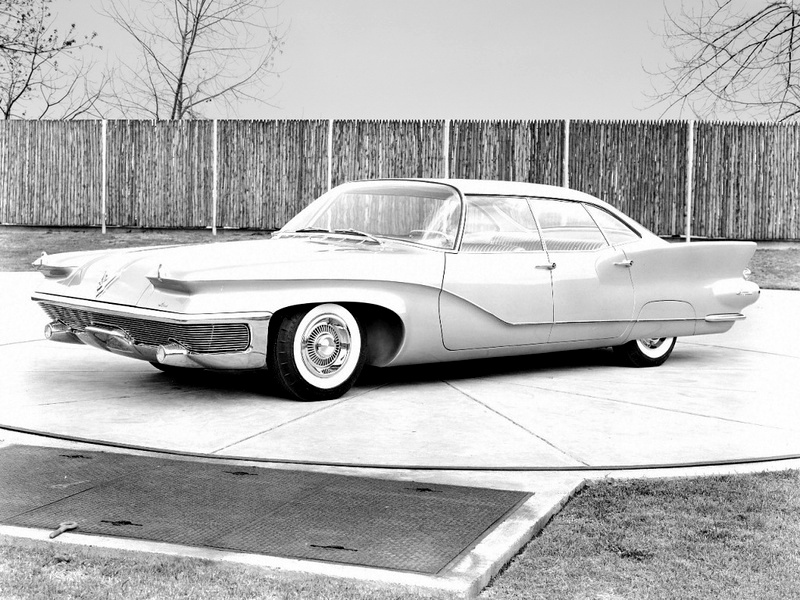 - The greenhouse and sloping trunk profile went to the ’60 Valiant

- The sweepspear on the side of the car appeared on the Valiant, but going in the other direction

- The fin treatment with suspended lighting appeared on the ’61 Imperial

- The taillight pods (minus the fins above!) appeared on the ’62 Dodge

- The eyebrows and hood shape appeared on the ’60 Imperial 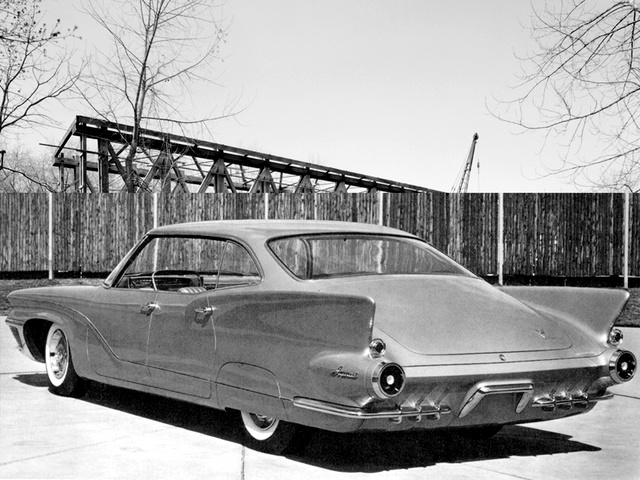 It is difficult to see in these photos, but the door handles are most unusual - the buttons are positioned right in the middle of the cut lines of the door openings. How did they work, how were they attached so they wouldn’t bind the unopened door, and what was the point esthetically?
Source: Chris Hawkins via www.imperialclub.com
_________________
We don't care the People Says , Rock 'n' roll is here to stay - Danny & the Juniors - 1958