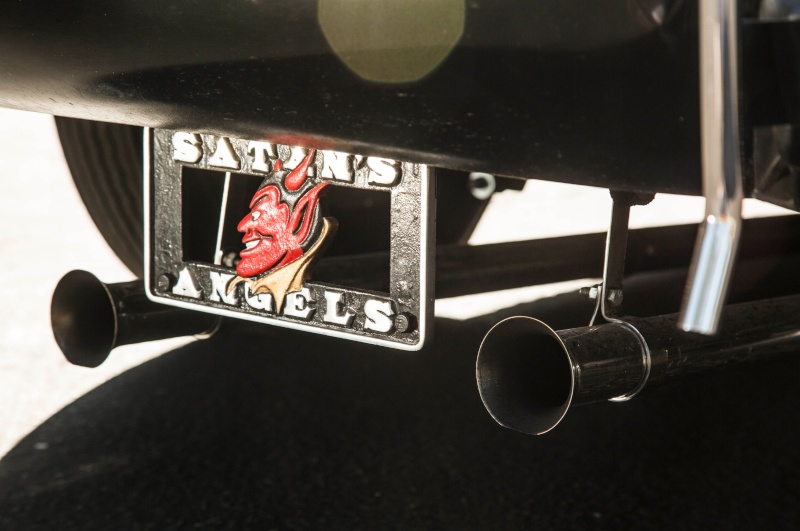 When Bob McCoy built his 1940 Ford Tudor in the '50s, Tudor sedans weren't preferred material for hot rodders. Even so, McCoy's car was an attention-getter—with wild flames painted across the hood and fenders and a serious California rake courtesy of a Dago axle, reverse-eye springs, and a big 'n' little tire combo that left the front of the car less than 4 inches from the pavement. It wasn't long before the magazine photographers were all over it; the Hot Rod 1958 Annual and a 1956 issue of Car Craft featured McCoy's 1940 on their covers. Suddenly sedans got a status boost in the hot rod world mostly occupied by roadsters and coupes. 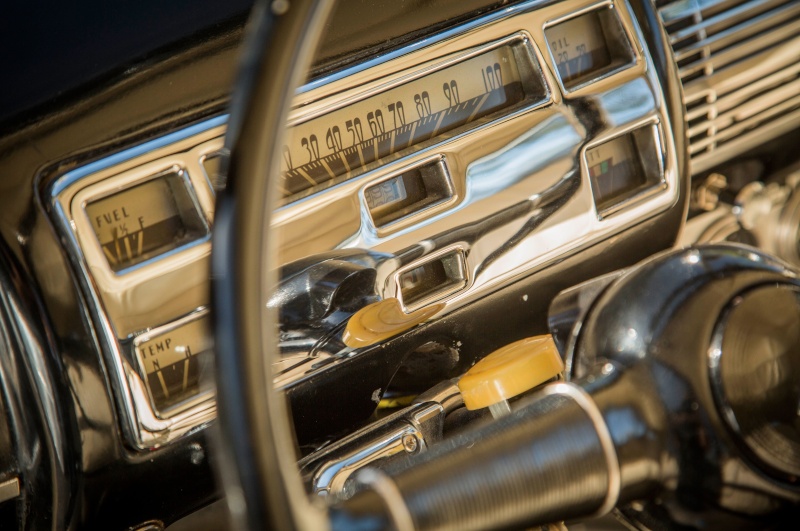 Marcus Edell from Castro Valley, California, has been collecting and reading those vintage car magazines since he was a kid in the '80s. Like many others, he had regarded Tudors as "old man cars." And like many others, his mind was changed by the McCoy 1940. A couple years ago, when Marcus was looking to build a replacement for his recently sold 1934 Ford coupe, he decided to build a 1940 Tudor of his own. 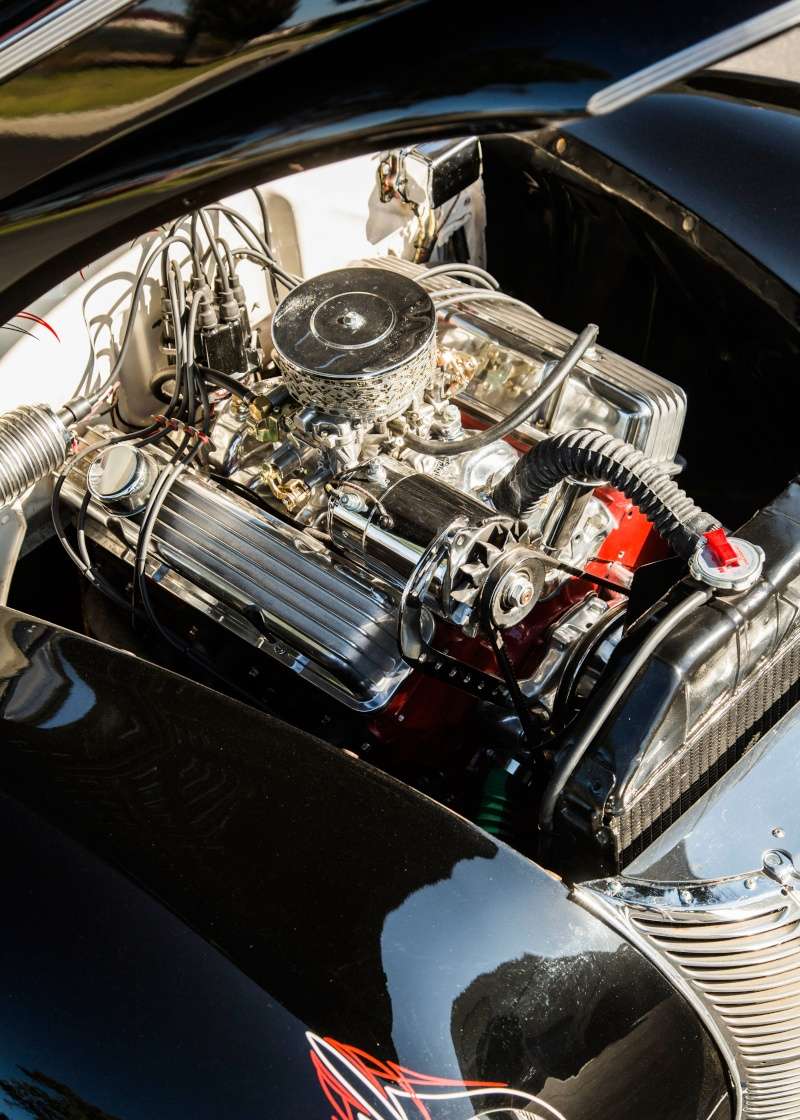 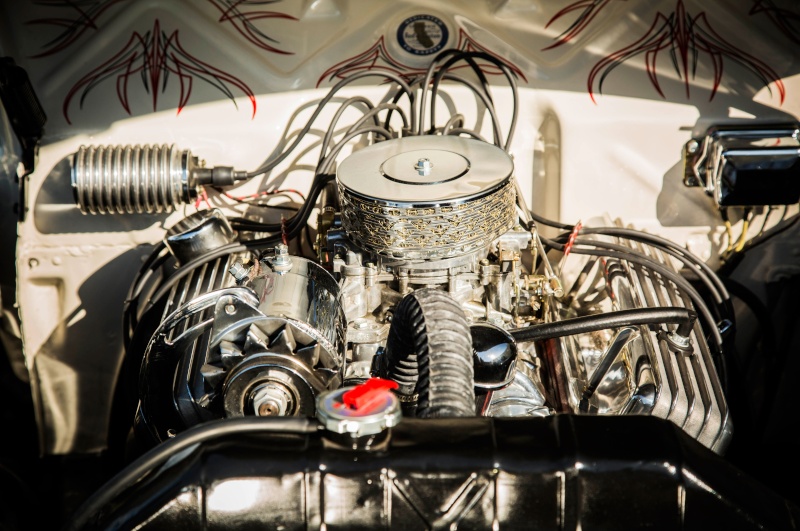 Marcus' sedan is no clone of McCoy's, but the influence of that earlier Tudor can be seen in a lot of the details—and in the whole personality of the car. Jeff Spence at Kustoms by Spence in Willits, California, did a lot of the custom work on the all-original body—including shaving the door handles, frenching the license plate in the decklid, shaving the gas filler, and adding 1941 Studebaker taillights. The hood louvers were punched by Matt Seret in Vallejo, California. Marcus started looking online for 1940 Ford nerf bars and found these on the McMillan Rod & Custom website. A driver-side peep mirror, dual spots, and the chromed grille add some additional bright spots to the exterior. Spence flawlessly blended new paint with the older black enamel that had been on the car for years. Legendary pinstriper Herb Martinez took his brush to the nose, deck, fenders, beltline, louvers, firewall, and dash. Tony Gomes at Tri-Valley Auto Glass upholstered the running boards with vinyl tuck ‘n' roll. 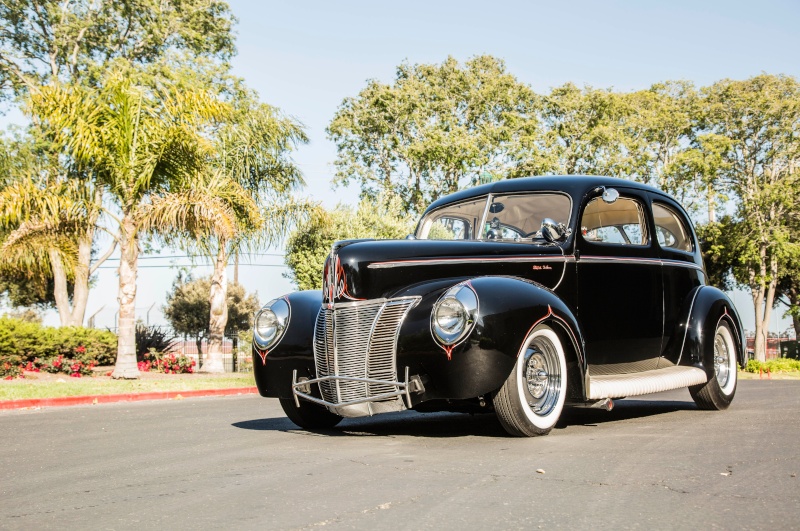 Completing the right look required big 'n' littles inside the fenders. These wide whites are 8.20x15 and 5.60x15 U.S. Royal Masters from Coker on chrome reverse wheels. The front wheels are from Pete Paulsen Motorsports. The rears are early '60s survivors that had been on another 1940 Ford back then. 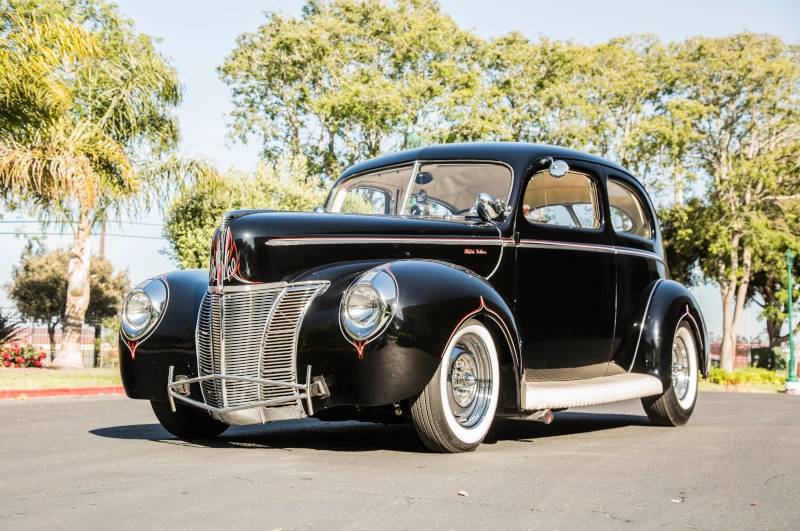 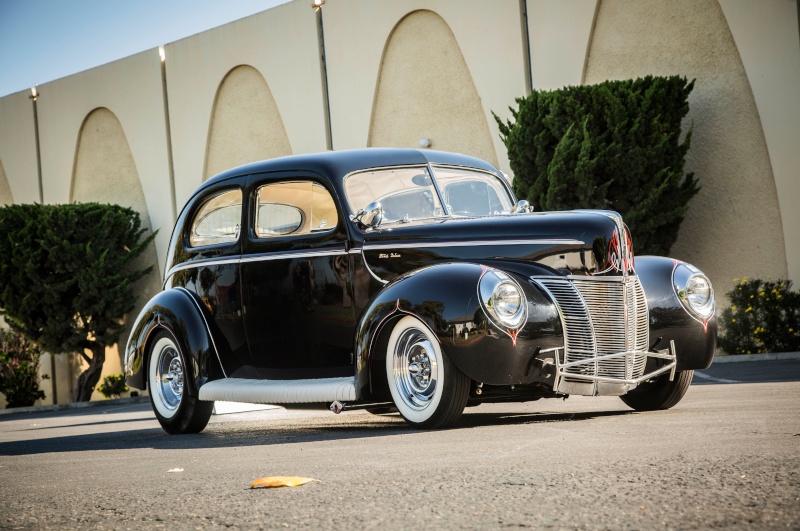 The chassis was rebuilt to enhance the stance. At JEM Klassics (Marcus' former shop), the front clip was replaced with hot rod parts, starting with the Magnum dropped axle and spindles, dropped steering arms, and reverse-eye front springs with leaves removed. Rear springs also had leaves pulled and were mounted on Vern Tardel lowering shackles. Monroe tube shocks are used front and rear. The rear brakes are stock, but installing GM power discs in the front required some work to adapt the stock clutch-and-brake pedal assembly. 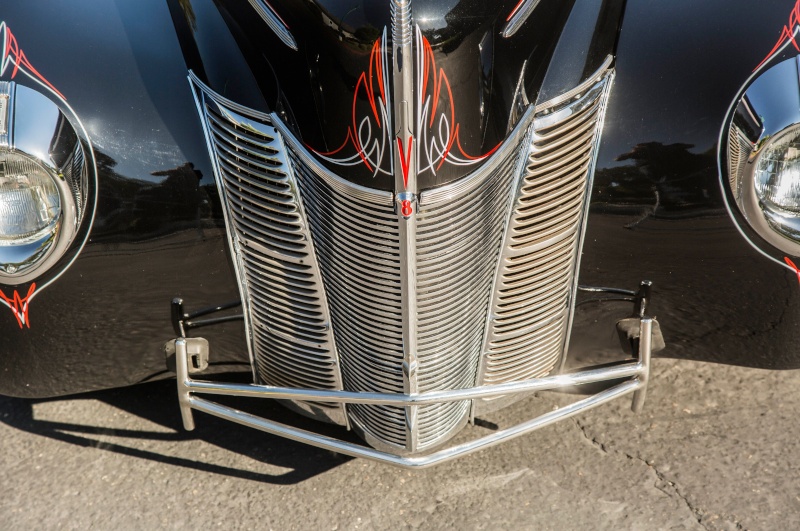 The Tudor was running a tired 283 with 265 heads when Marcus bought it. Today it's powered by a 327 with a pair of Corvette aluminum heads, rebuilt '60s-style by JEM Klassics. The N.O.S. 1966 Cal Custom air cleaner, chrome GM generator, finned coil cover, and off-the workbench finned valve covers make the initial impression. An Edelbrock four-barrel and 1965 Edelbrock C4B manifold provide fuel and air, lit by a Bubba's Hot Rod Shop GM distributor with a PerTronix Ignitor. Sanderson headers draw the exhaust to retro-style scavenger pipes and functioning dump tubes, corked with glasspack mufflers from Smithy's. The 1939 Ford transmission features a Centerforce clutch, and sends torque to the 4.11 rear gears via a stock torque tube.
Marcus kept the Tudor interior much as he got it, with a few changes. The stock seats and door panels wear the white pleated vinyl applied by a previous builder—but the speaker holes in the kick panels and package tray were filled when the interior was redone. New black carpet came from O'Reilly's Auto Parts. The factory gauges were retained, and Marcus mounted a '60s-era Moon panel filled with Stewart-Warner gauges below the dash, with a Sun tach above. A vintage turn signal switch was installed on the stock steering column; the wheel is also stock. The floor shifter is a 1939 Ford part. Bobby Vee at JEM Klassics wired the Tudor using a kit from Sacramento Vintage Ford. 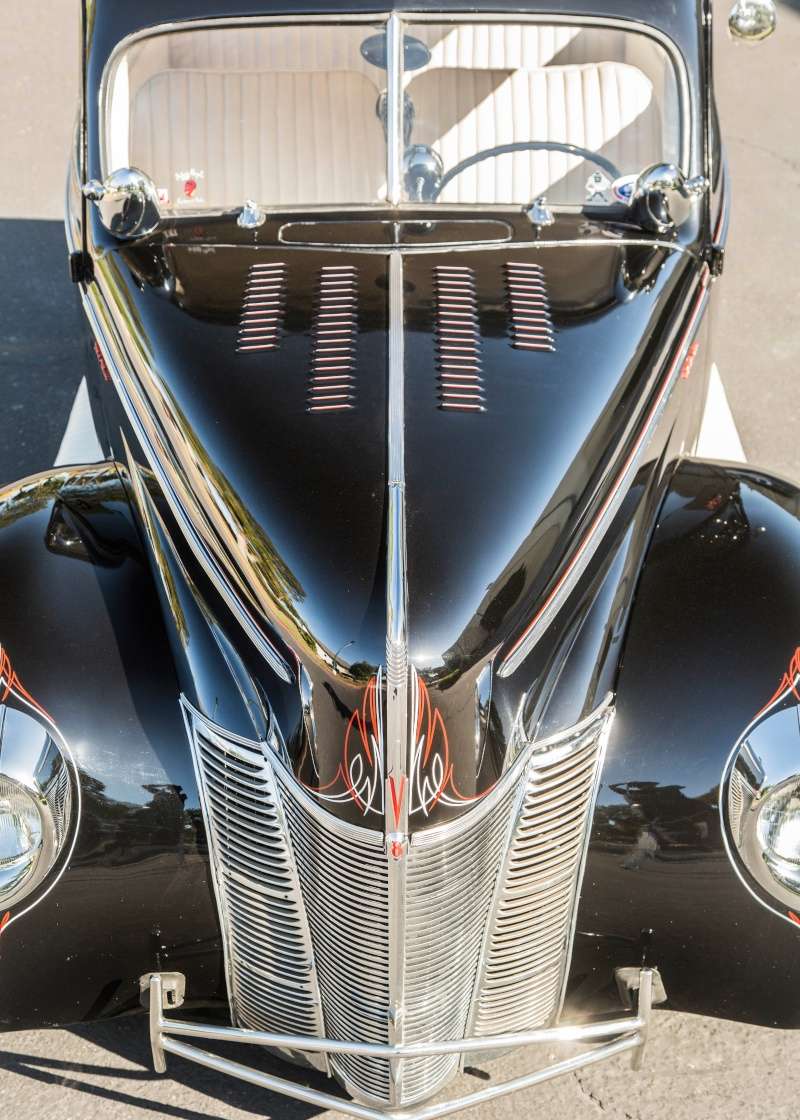 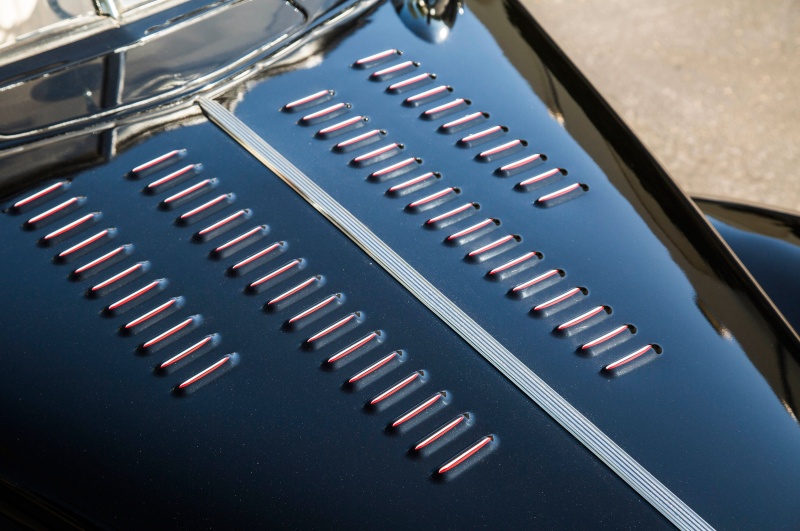 If you happened to be at the 2015 West Coast Kustoms show in Santa Maria or at the Suede Palace at the 2015 Grand National Roadster Show, you would have seen this 1940 Tudor in person. Marcus credits Bobby Vee, Bret Cryer, and the crew at JEM Klassics for all their contributions to the Tudor. We'd also thank Bob McCoy, who died in September 2014, for inspiring Marcus and so many other hot rodders. Just like McCoy's car from 50 years ago, Marcus Edell's 1940 Ford gives Tudor sedans another 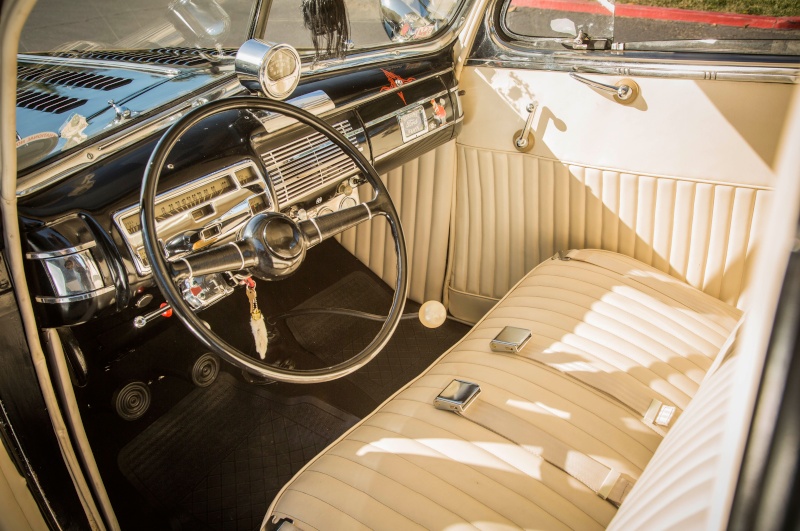 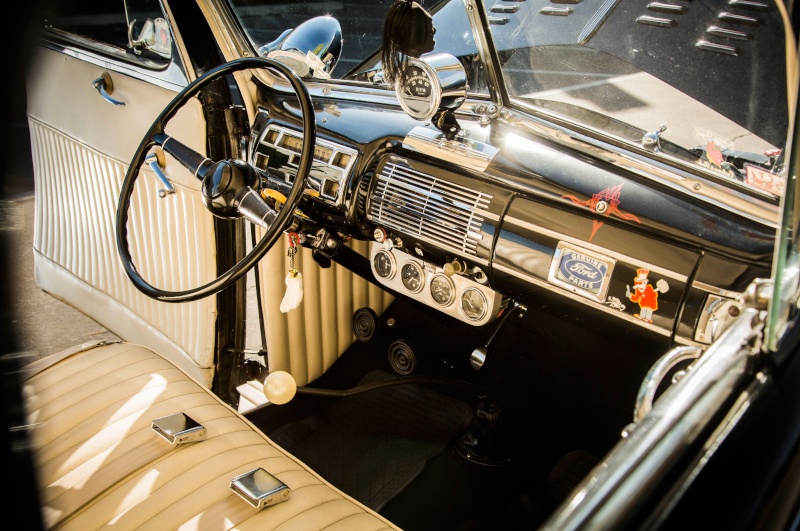 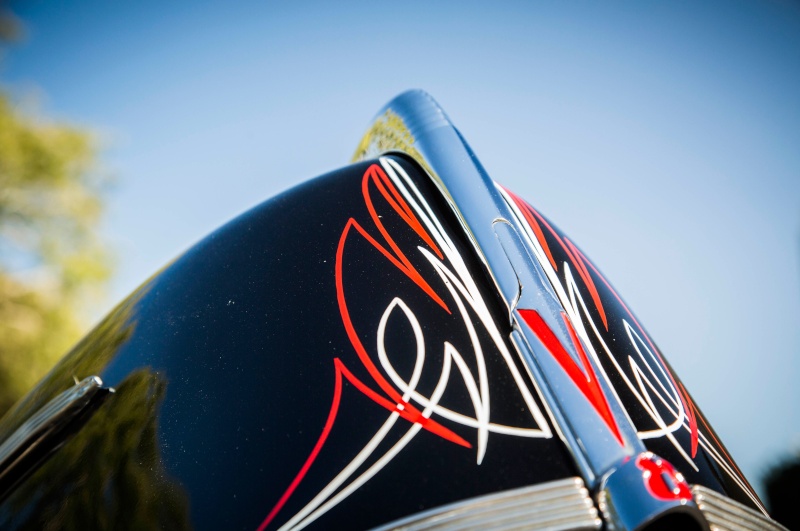 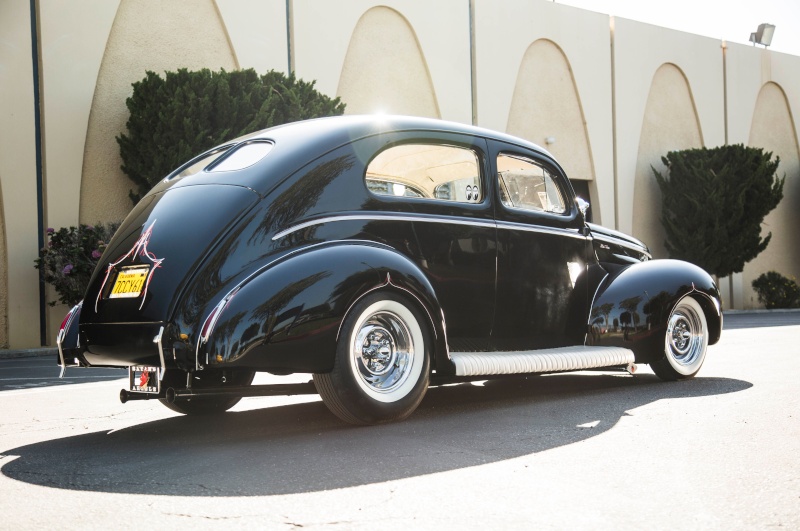 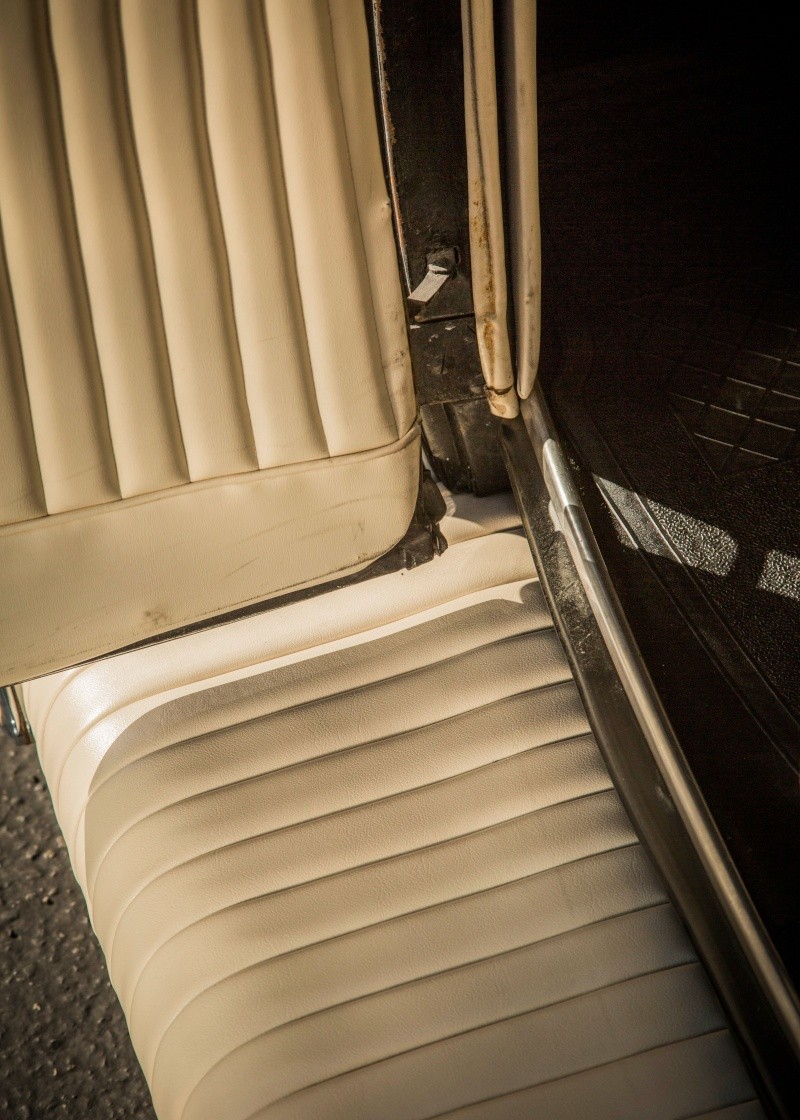 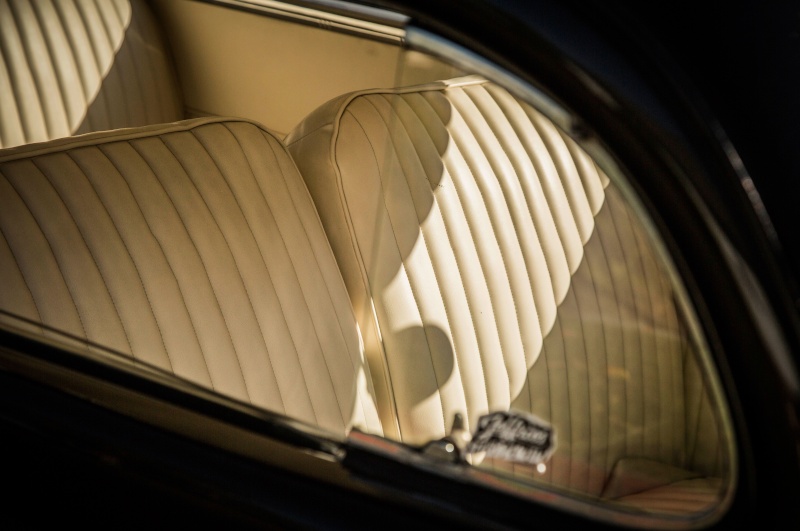 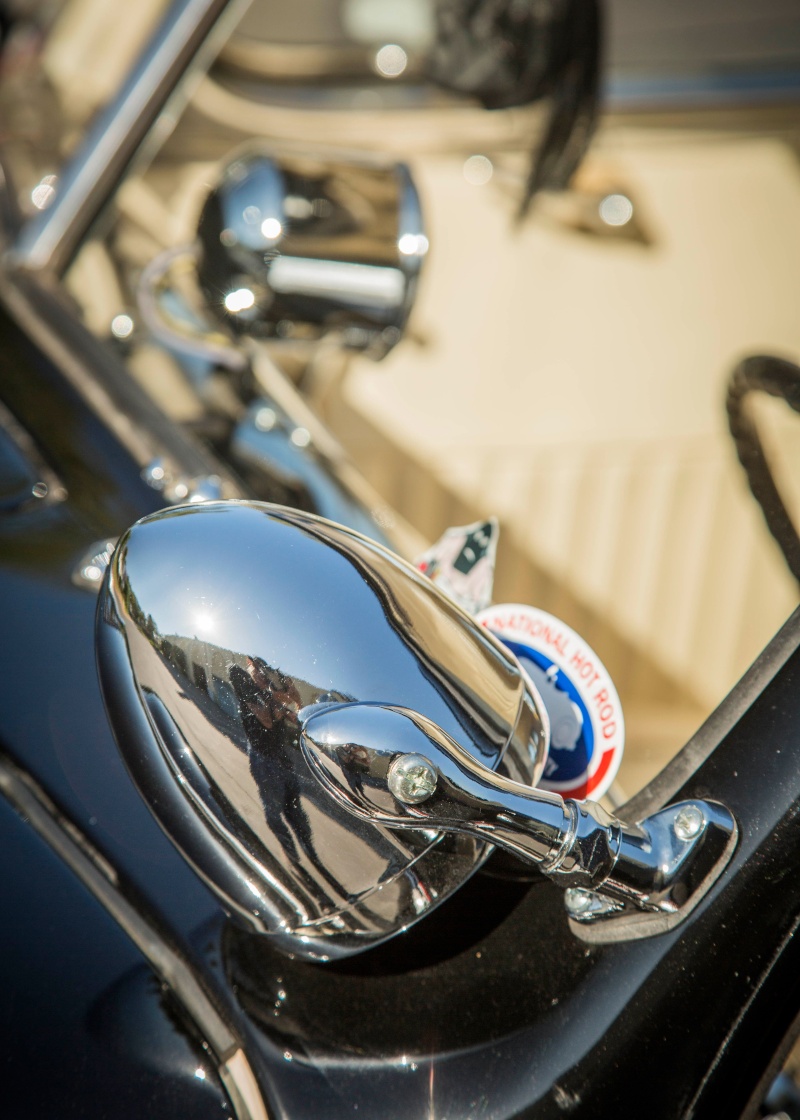 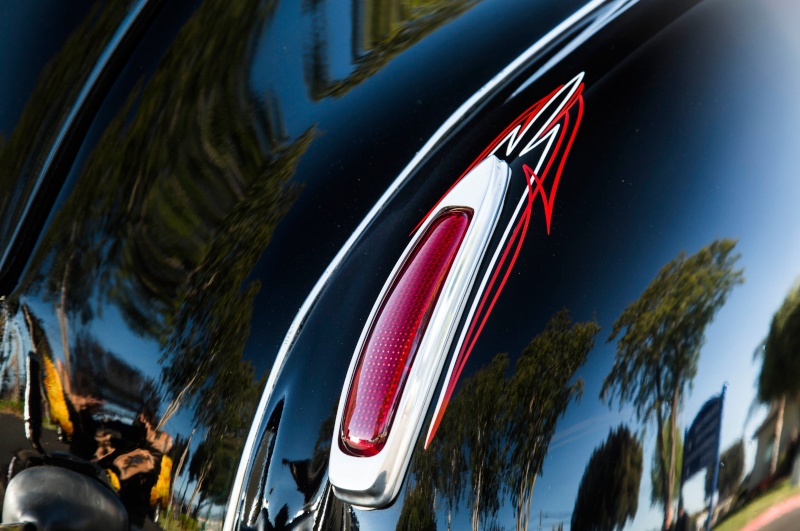 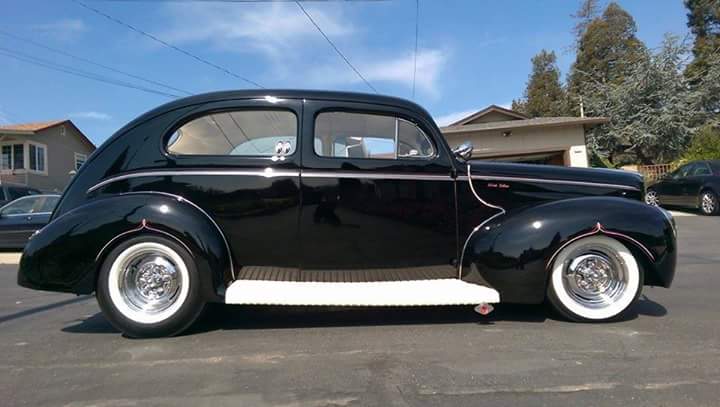