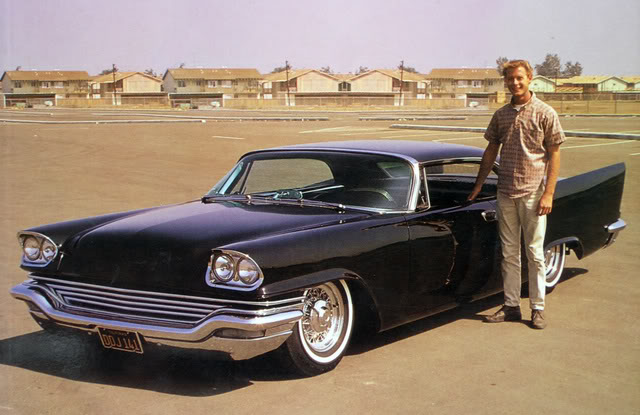 1957 Chrysler restyled by Joe Wilhelm of Wilhelm's Custom Shop for Clif Inman of San Jose, California. Inman, a Willow Glen High School alumnus, caught the rodding fever after hanging out at Tut's Auto Supply on Lincoln Avenue. Inman had a hot rod style Oldsmobile, and used to hang out at John's Drive-In in San Jose. Someday in the late 1950s Inman saw a sleek 1957 Chrysler cruising the Drive-In and he was instantly hooked. Around 1960 he sold his Oldsmobile and bought a black 1957 Chrysler. He took his new car to Joe Wilhelm and had him rework the front end to accept quad Lucas headlights. He also installed a custom tube grille and lowered the car. Inman drove it like this for two years. In 1962 he was involved in an accident and brought the car back to Joe to fix the damage on the quarter panel. While working on the car, Clif told Joe to chop the top. Joe took 3 1/2 inches out of it and installed a windshield from a 1958 Dodge. The rear window was taken from a 1961 Mercury Comet. While he was at it, Joe also frenched the stock taillights, removed the side trim and modified the trunk lid. Inside, the front seat was cut down and set back 5 inches in order to meet Inman's measurements. Several interior parts were chromed and the stock steering wheel was replaced by a square steering wheel from a 1960 Plymouth. The package tray and interior were done by ABC Upholstery of San Jose. Once the bodywork was done, the car was painted in RM 400 Black nitrocellulose Lacquer. The build took a year-and-a-half to complete and cost Inman $5000 USD. The effort paid off and Clif's Chrysler became Grand National Custom Champion at the National Roadster Show. He also became the Custom Sweepstakes Winner at the Sacramento Autorama. 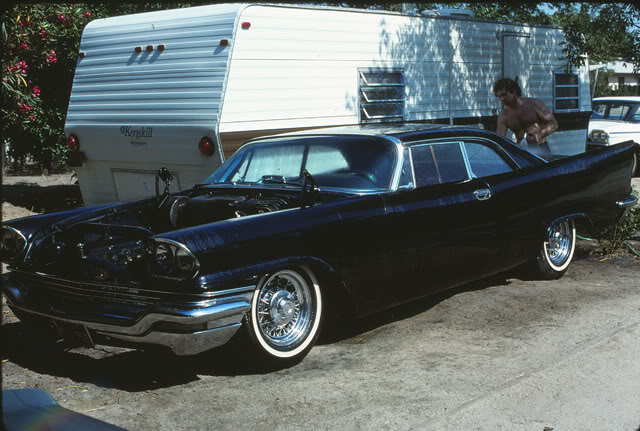 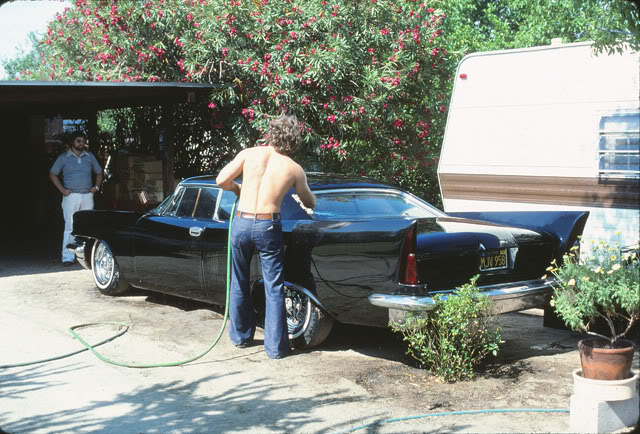 Inman sold the car in the 1965, and it ended up in Fresno, California in the hands of one or more hard-core bikers. The car was never driven and sat outside under a car-port. Bruce Olson and Gary Meadors found the car in Fresno in 1977. The owner didn't want to sell the "milestone custom" to someone "uninformed", but since Bruce knew all about it, it was offered to him for $3500 US. The Inman Chrysler had been Bruce's favorite custom since he first laid eyes on it in 1963 or 1964. The price was high and since he was busy building two 1932 Fords and restoring a 1957 Chrysler 300 he had to decline the offer. Bruce later discovered that Salinas customizer Rod Powell had a secret customer that wanted the car. The secret customer was movie and record producer William E. McEuen. Money was not an issue for McEuen and arrangements were made for Bruce to buy the car and have it delivered to Rod Powell's shop where it was restored back to its 1960s glory. Rod remembered the car from when Clif cruised it at John's Drive-In; he also watched the customizing at Wilhelm's shop.  The car was in excellent condition, but McEuen still had Rod apply several fresh coats of RM 400 Black nitrocellulose Lacquer, just like Joe did the first time. During the restoration they never figured out the windshield, and both Wilhelm and Inman claimed it was the original glass that had been cut down. Brian Burnett's Ferrari of Los Gatos handled the mechanical and interior work. The upholstery in black leather and mohair with wool carpet, similar to the original, was done by Street West of Campbell, California. A hot police 440 engine sat in the car when McEuen bought it; this engine was retained. After the restoration was completed, McEuen drove the car to a very large warehouse and studio recording office facility where it was stored along with a Bill Reasoner/Sam Foose chopped Mercury that never had been seen in public, a chopped 1957 Buick that had been owned by Richard Zocchi, a custom 1957 Cadillac Seville and at least 6 other custom and classic cars that never had seen the light of day. The car was kept secretly in storage until 1990. In 1990 Rod convinced McEuen to display it at his picnic where Joe Wilhelm was a secret guest. Rod & Custom Magazine was able to take some photos of the car at the picnic, and the car was later featured as "The Dark Secret" in Rod & Custom December 1991. The owner of the car was not revealed in the story. 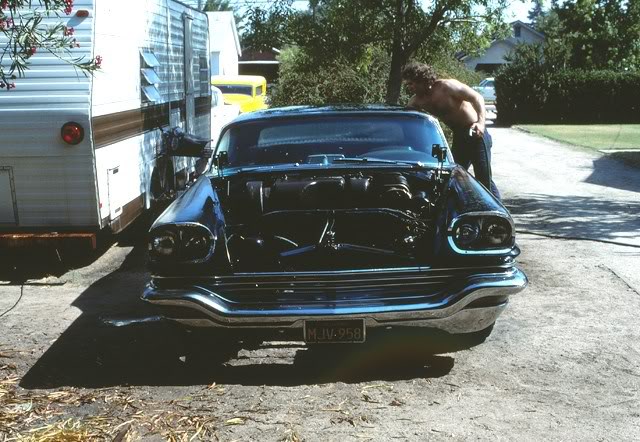 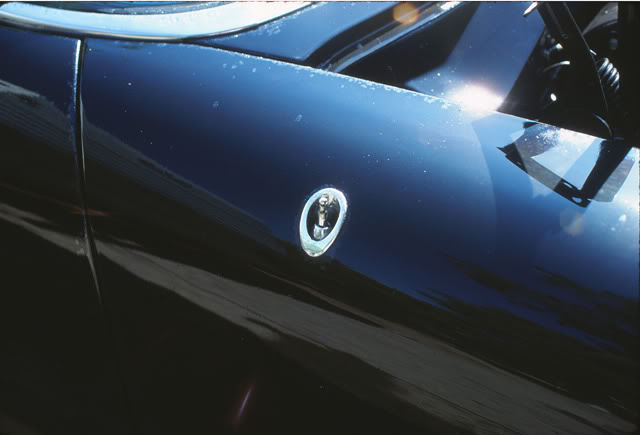 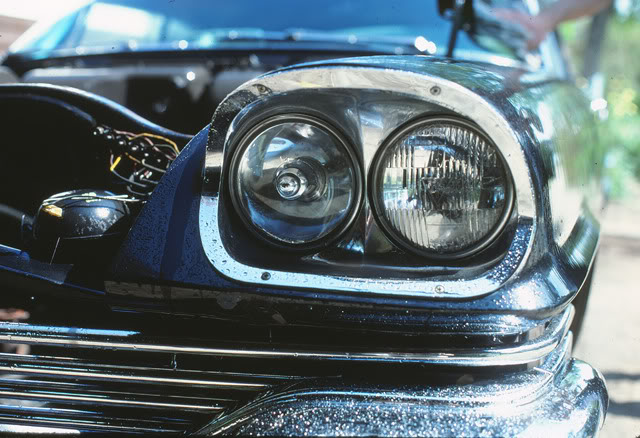 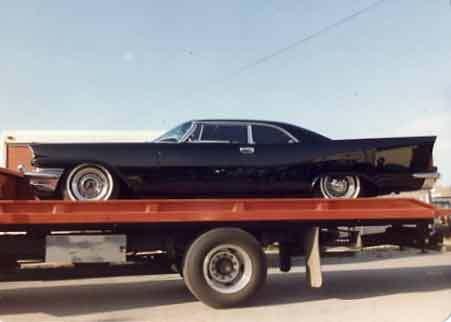 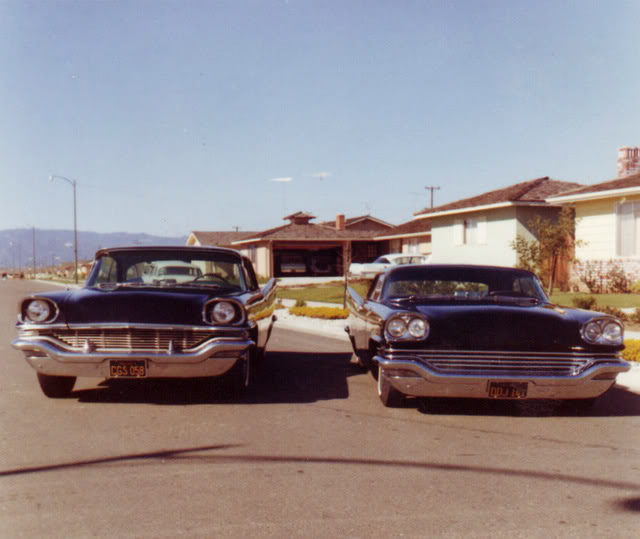 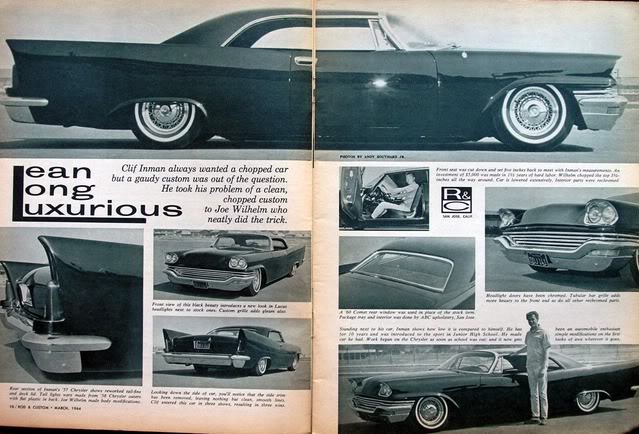 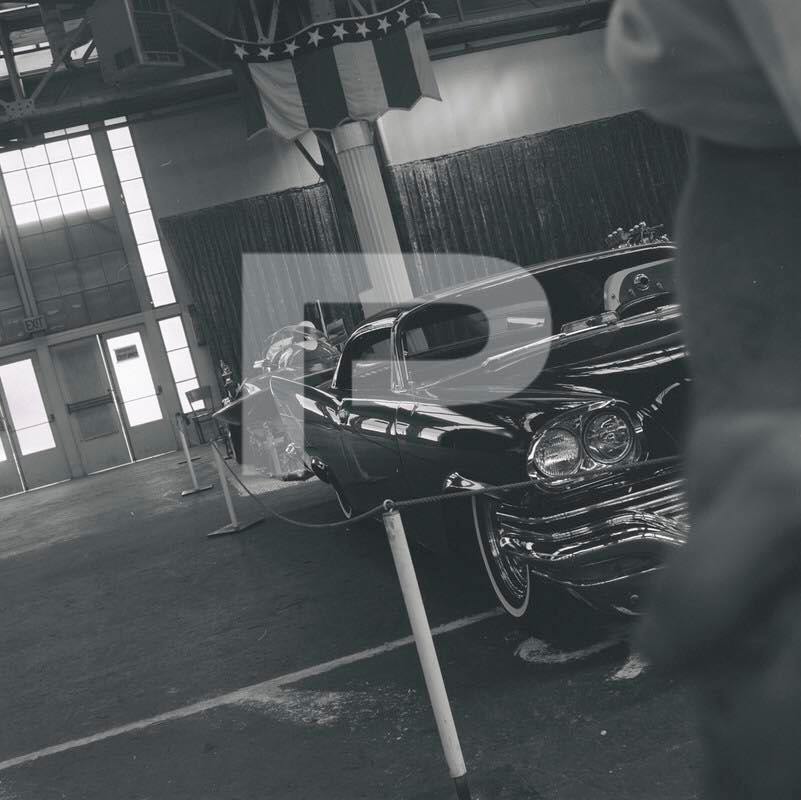 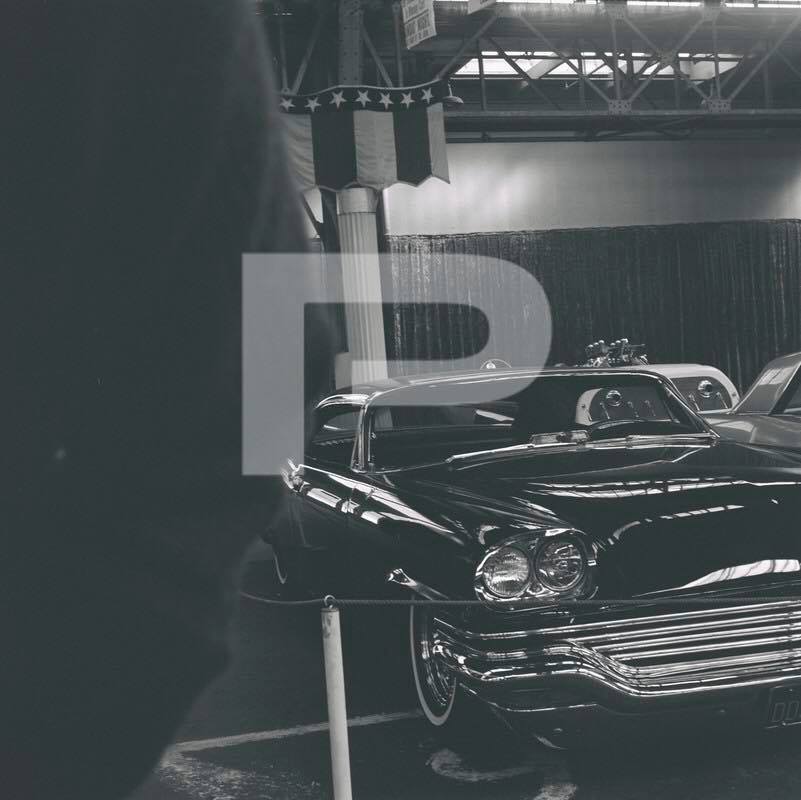 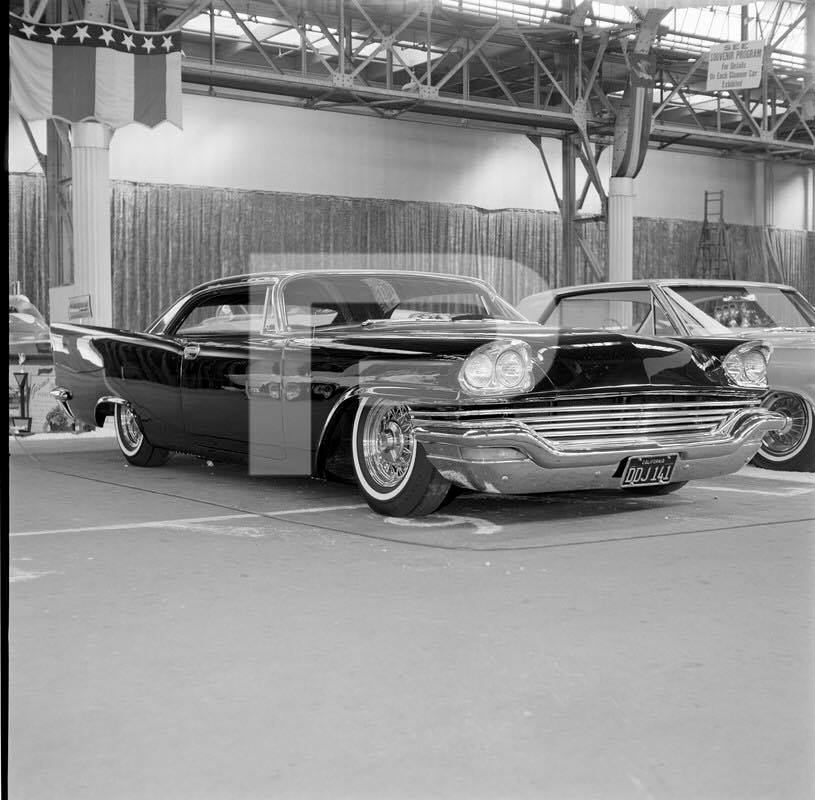 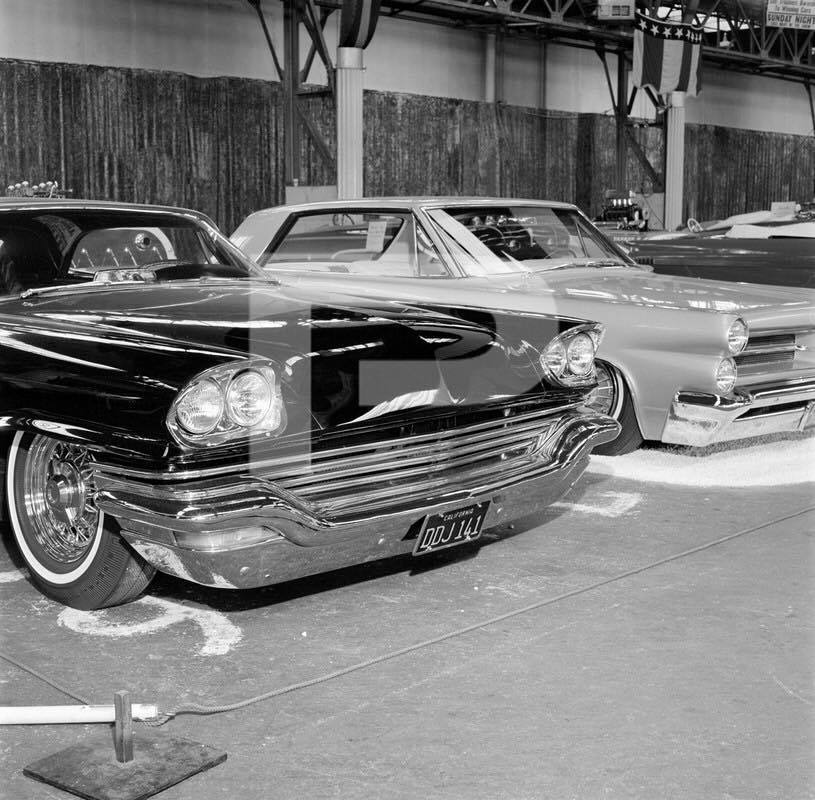 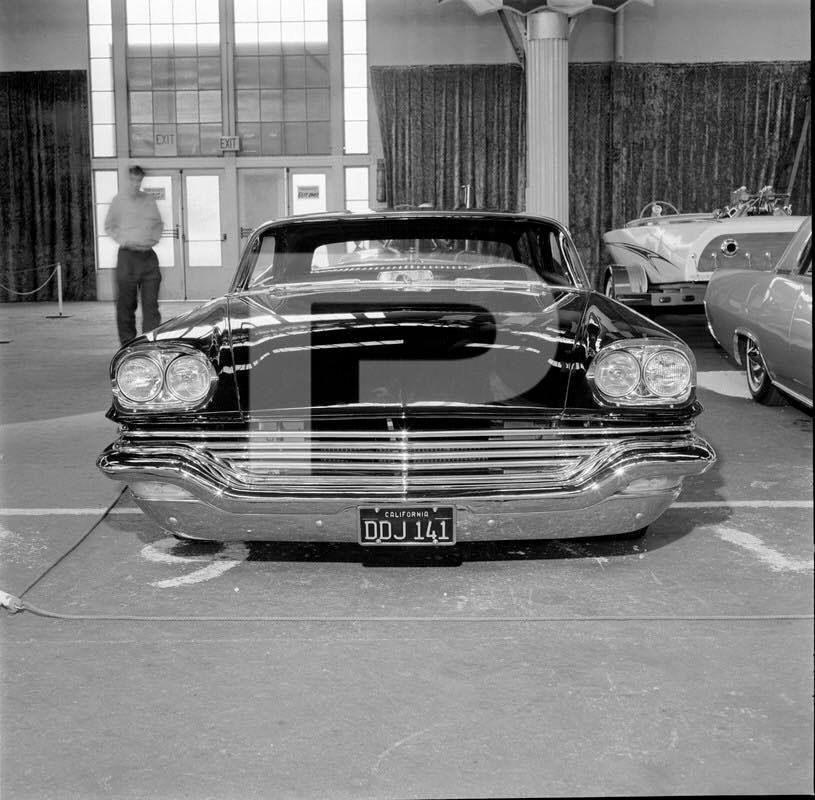 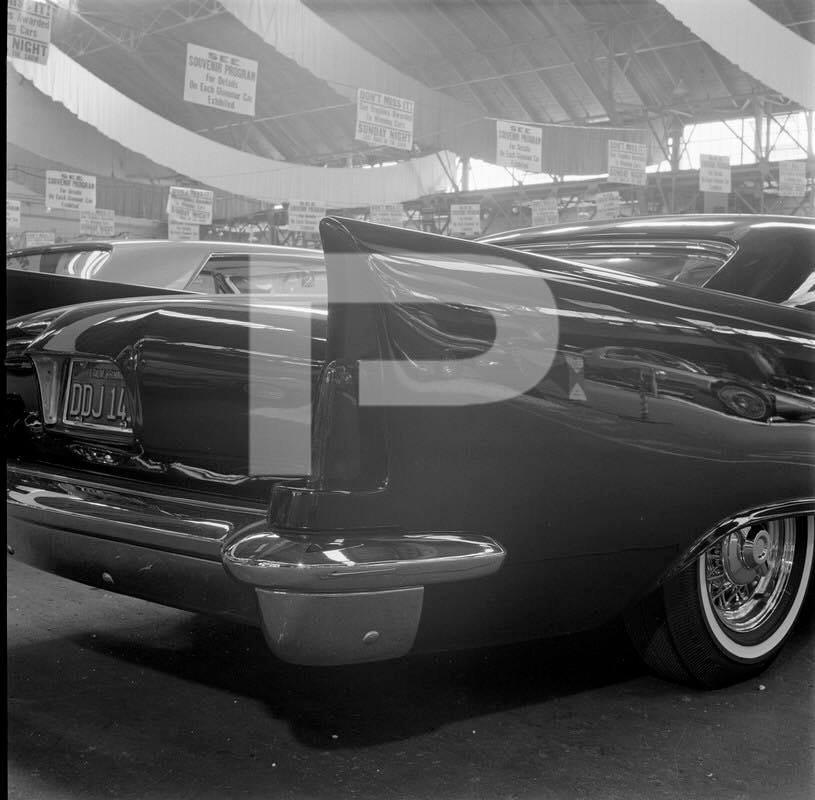 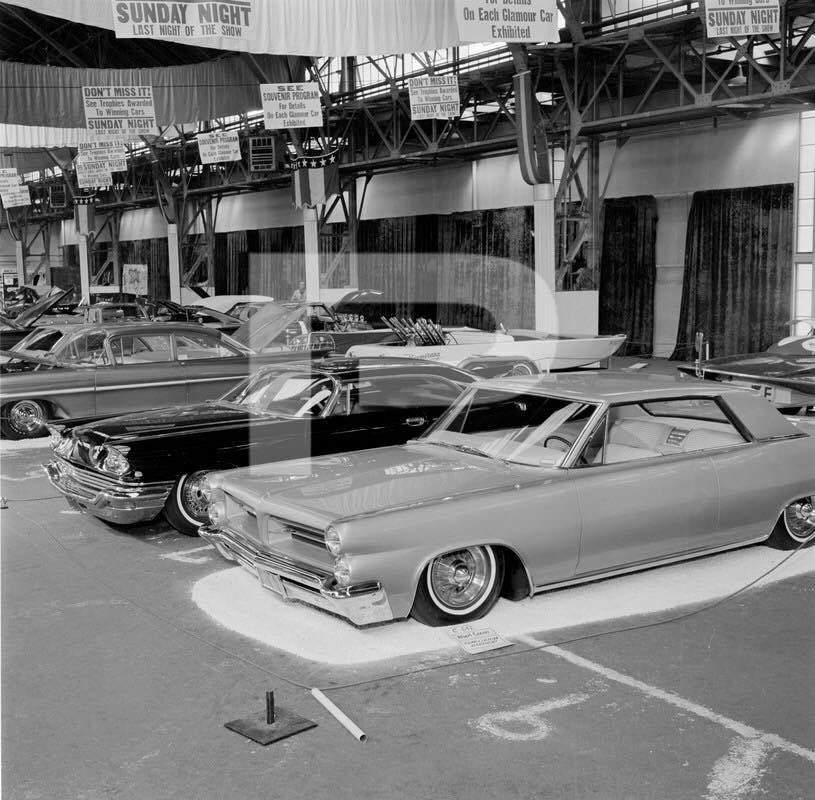 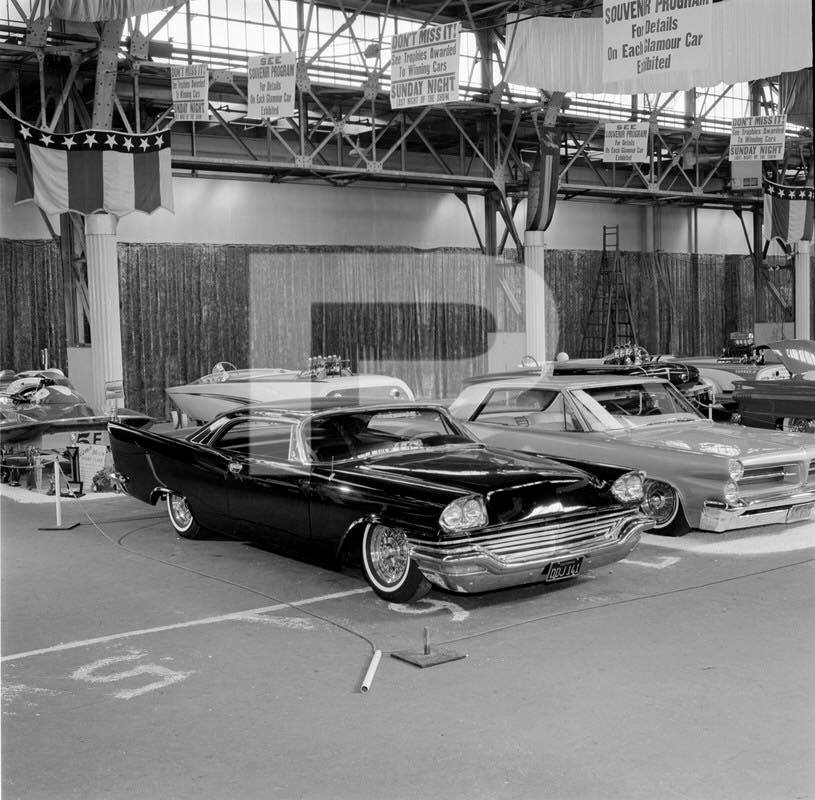 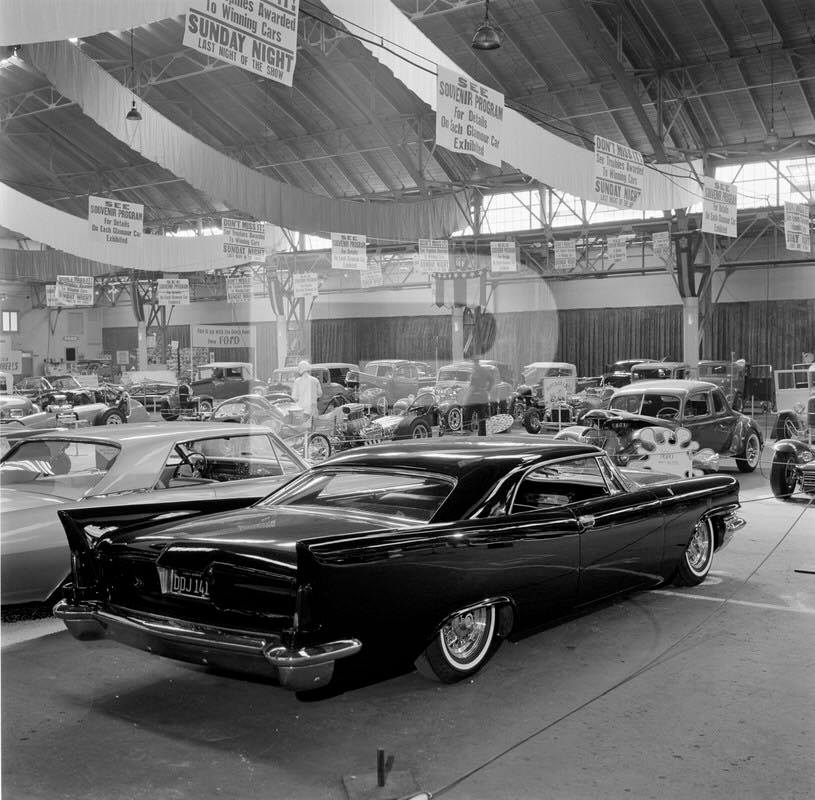