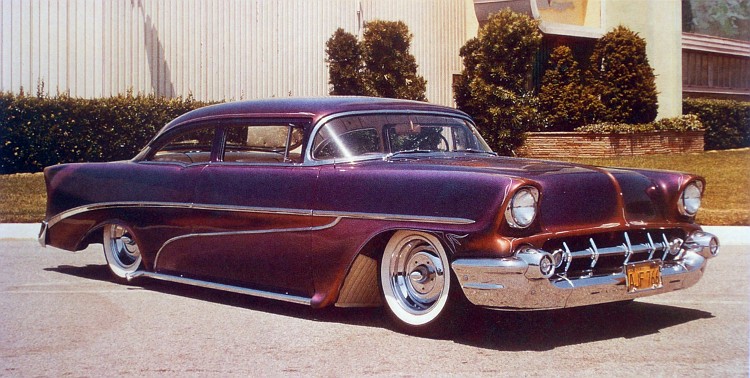 1956 Chevrolet restyled by Winfield's Custom Shop for Lanny Ericson in 1957. Lanny brought the car to Gene Winfield in October of 1957, he wanted Gene to finsh the Chevy that he already had started customizing. The top on the car had been chopped by Clovis Body Shop. Lanny brought it to Gene to straighten out the top and the body work and have some more custom work done. Gene modified the front end with a 1957 Chevrolet bumper and a 1954 Chevrolet grille bar and teeth capped on the ends with parking lights from a 1957 Chevrolet. The fenders and hood were molded to fit. The side trim was a combination of Desoto and Chevy. The rear modifications included taillights from a 1955 Lincoln and a 1950 Mercury back window. Chrome reverse wheels were added with a set of Winfield built bullet centers. The whole car finished in a blend job that Gene called “Violet Fantasy.” It was then upholstered by Tuxedo Auto Upholstery. Under the hood, the radiator, the inner fender panels, the trunk and the area behind the grille were all upholstered. 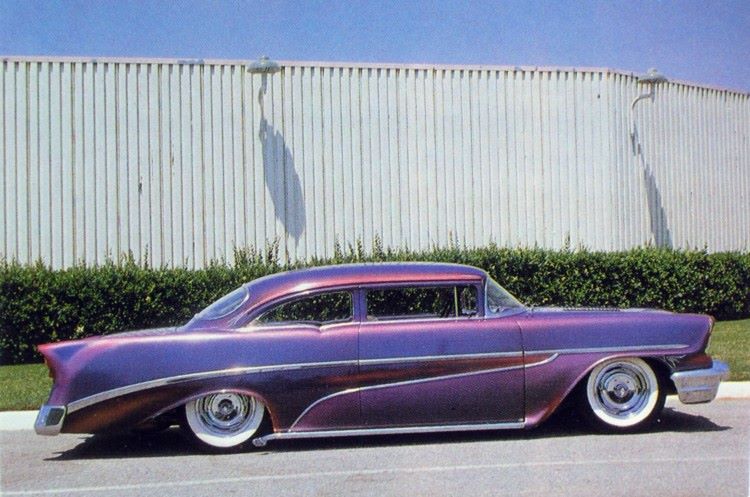 Lanny sold the car years ago. After being apart from it for some years Lanny bought the car back. He brought the car to Texas where he recently lives. The car is currently being restored back to its first version by Hatfield Restorations. When he bought the car back it was missing the front clip, custom dash and various other parts. Lanny's Chevrolet was going to be restored alongside Gene Winfield's 1935 Ford Shoptruck, and both cars were planned to make their debut at the 2010 Grand National Roadster Show. In October 2009 Lanny decided to finish the restoration himself and picked the car up from Hatfield Restorations. 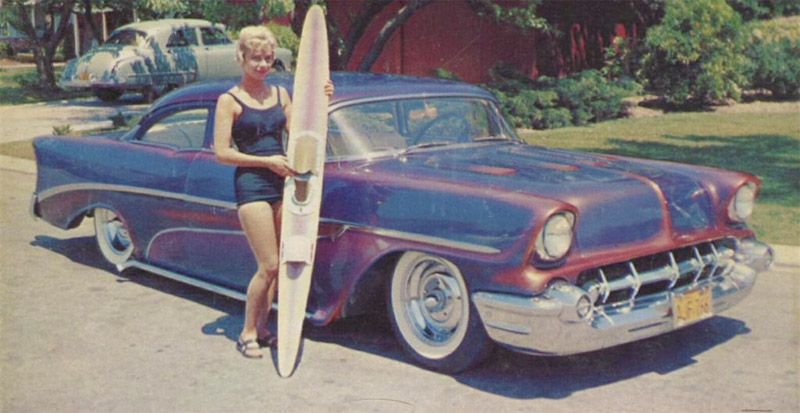 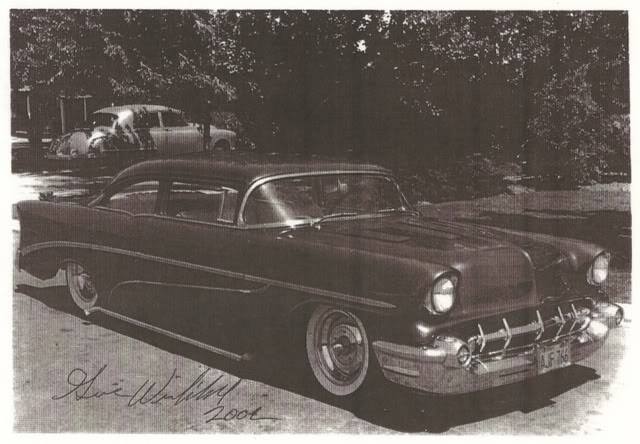 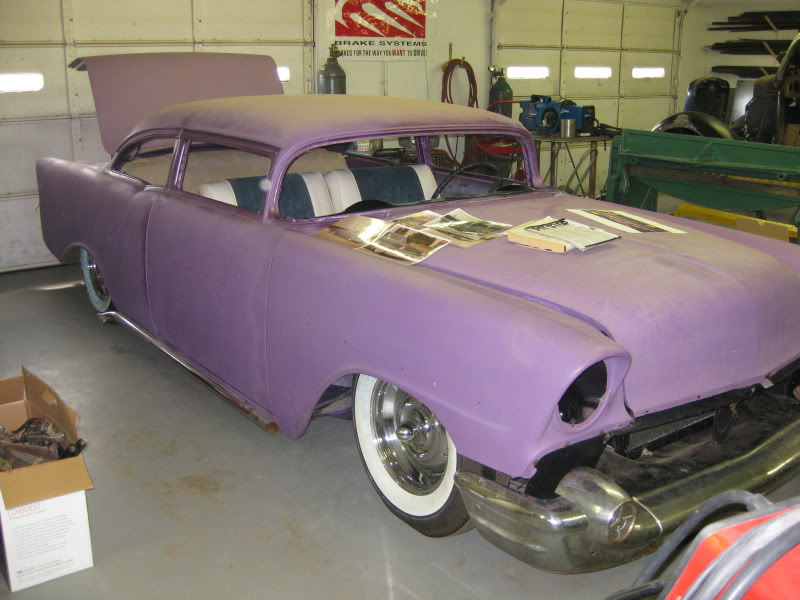 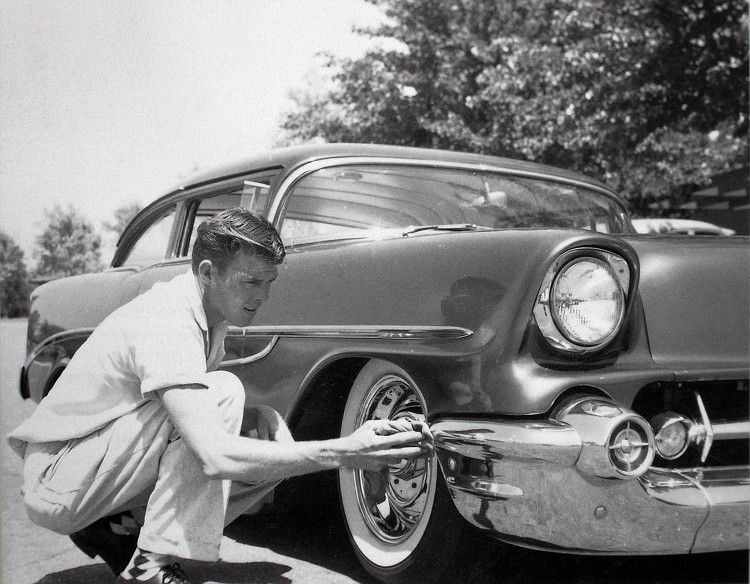