1958 Ford Thunderbird owned and painted by Larry Watson of Watson's House of Style. The car is also known as "Vino Pasiano". It's rumored that the car was named "Vino Pasiano" after a bottle of wine on a shelf in his shop. Another opinion holds that it was due to the color. 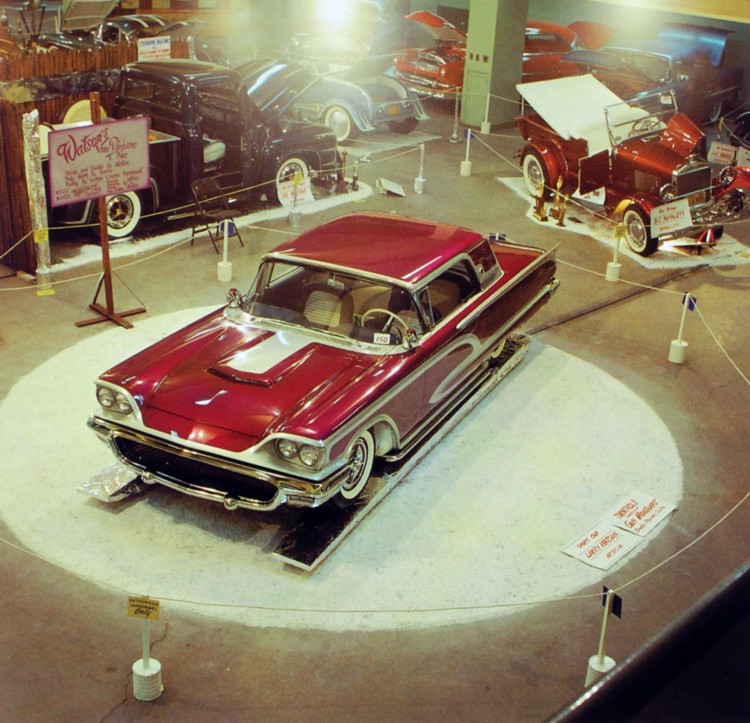 Larry bought the car brand new in 1958 after selling his 1950 Chevrolet known as the Grapevine. He wanted to start a new trend in painting and wanted to use a brand new car as his canvas. What he really wanted was a 1958 Cadillac Brougham, but that was far to expensive, so he decided to go for the newly redesigned Thunderbird instead. The new T-Bird was exotic carrying the hottest trends in customized cars such as dual headlights, small fins and an optional tuck n' roll interior. After looking at a brand new Thunderbird at Downey Ford, he told the seller to give him a call as soon as the first car with a tuck n' roll interior arrived. [2] Larry started to personalize the car right after he bought it. He was in a hurry to get it out on the street and went straight from the dealership to Lindy's Muffler shop for a set of dual pipes. After that he brought the Thunderbird directly to Barris Kustoms for a mild kustom job.[3] At Barris Kustoms, Bill Hines and Bill DeCarr nosed and decked the car. The handles were shaved, filled and replaced by pushbuttons. Nearly all outside ornamentation was removed before the edges and corners were softened, giving the car a sleek streamlined look. The taillights were modified with chrome-reflective center bullets. The grille mesh was brass-plated by Custom Chrome of Paramount, California.[4] Twin spotlights were installed before the car returned to Watson's House of Style were Larry applied a silver base coat on the car. The base job was followed by six coats of pearl lacquer. Larry thought the car was too bright, and he decided to mask the edges with one and one quarter inch masking tape and shot a special mix of candy apple burgundy in the open areas. The purple paint was mixed up by Joe Sheline.[2] As a result of this paint scheme many think that Larry invented the Panel Paint Job. The Thunderbird was the first car featuring a silver pearl and candy burgundy paint job, but before he painted panels on his own car he had already paneled Zeno Stephens' 1955 Mercury. Zeno wanted something different, no scallops or flames, so Larry body paneled it by painting applying Titian Red and striping it in gold. After painting the car Larry never saw it again, not in a magazine, or at a car show, nowhere. Three weeks after the Thunderbird was delivered to Barris Kustoms it was on a turntable at the first Renegades Rod & Custom Motorama in 1958.[3] In the souvenir program for the show, the car is presented as "The Burgundy Bird". 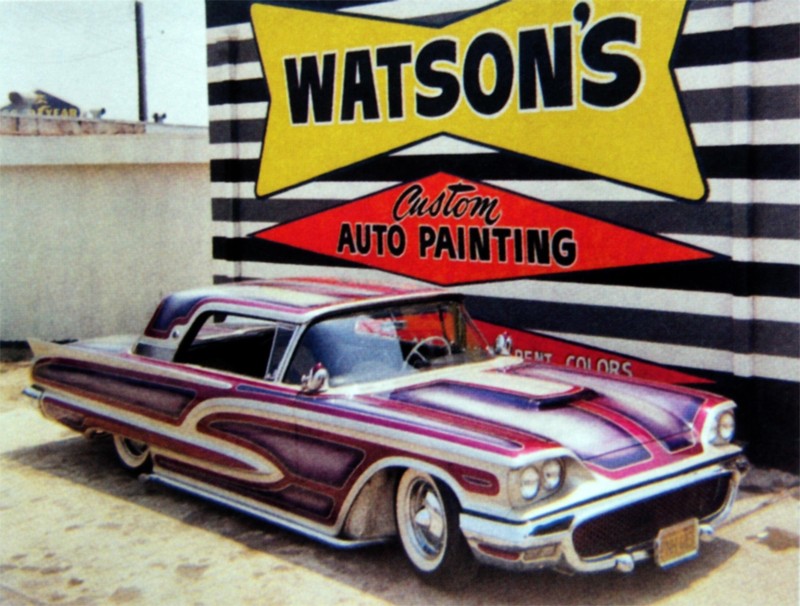 As Watson's Thunderbird toured major car shows, it was constantly awarded the highest honors for its outstanding paint and body work. In addition to being viewed by thousands of show goers, his breakthrough beauty appeared in over 20 different publications of the day and was in constant demand for appearances not only around the Southern California area, but all over the country.[5] 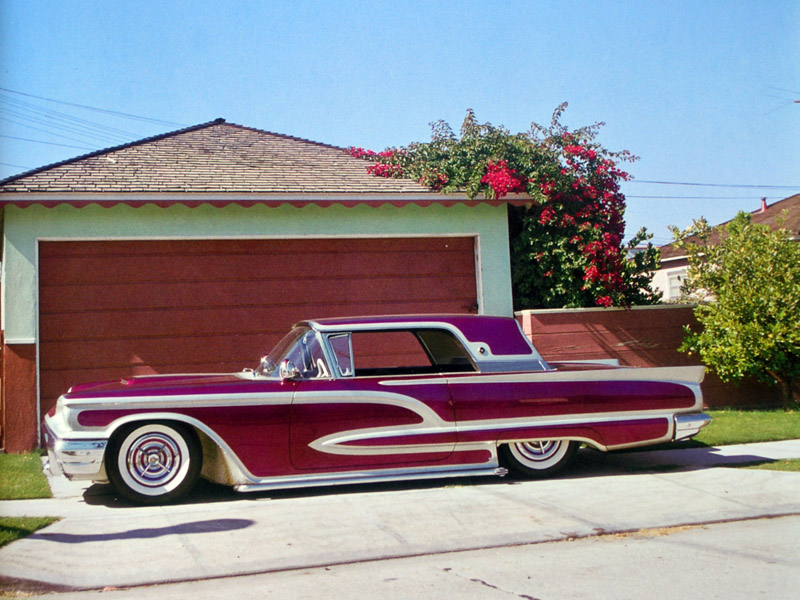 The candy pigments used in the late 1950s were temperamental at best. The color was prone to fading in the sunlight, and often required touch-ups or re sprays. As Watson's paint began to fade, Larry decided to fix it by masking off more panels within the panels, and by adding more colors. The second version of the car looked even wilder then the first one. After a while Larry sold the Thunderbird to a kid named Bob Finley so he could buy a brand new 1959 Cadillac.[2]

The Thunderbird swapped hands several times before it disappeared from the scene. Rumor has it that the car spent fifteen years disassembled in a body shop before being meticulously restored to Larry's first version in 2000. Larry helped the owner match the paint and outline the panels. The restored version of the car attended a few car shows and spent some time at the Peterson Museum.[2]

September 26th, 2009 Larry Watson's Thunderbird was offered for sale as part of the Ralph Whitworth collection at the Icons of Speed & Style Auction in Los Angeles, California. The car changed hands for $55,000.[5] Rogerl and Marie O'Dell, who had dreamed about owning the car for a long time, were the buyers. After buying the car, Roger and Marie let Larry Watson display his old car in his personal museum 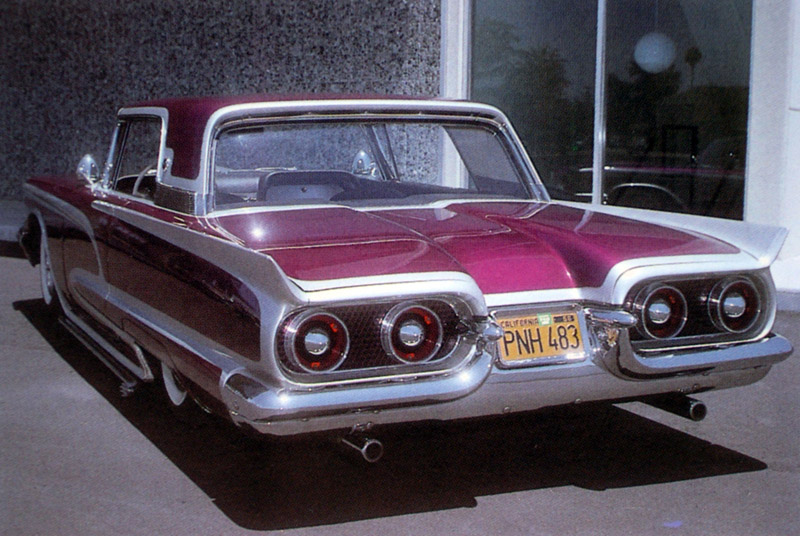 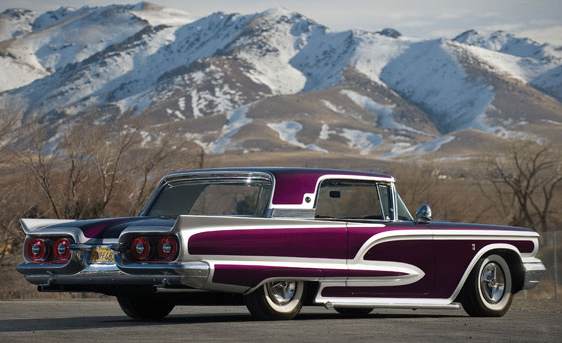 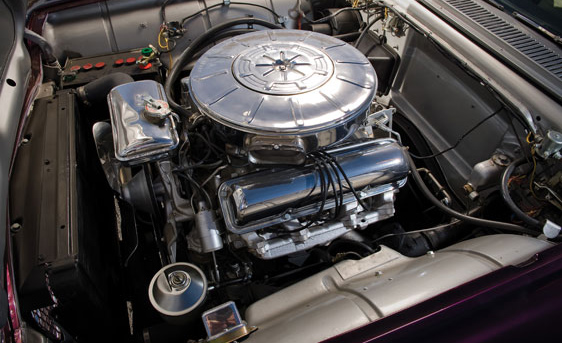 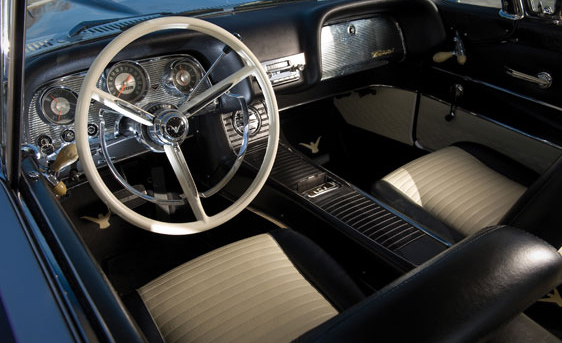 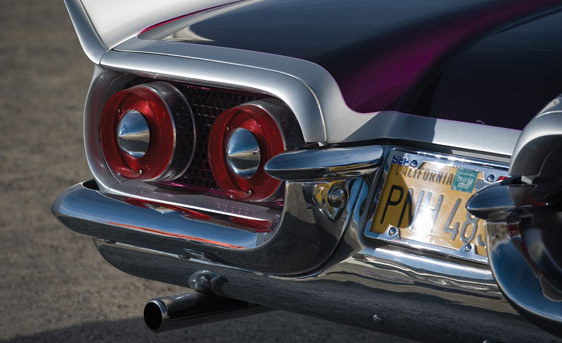 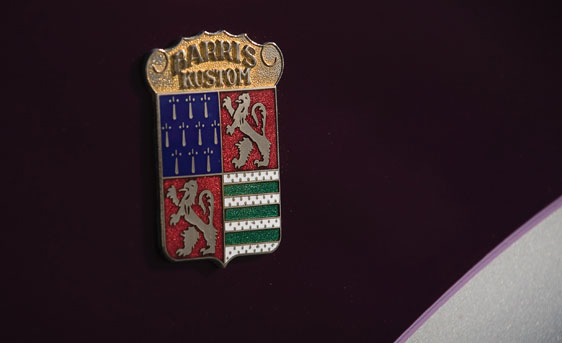 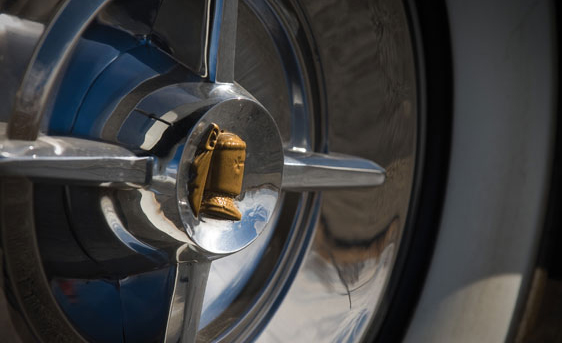 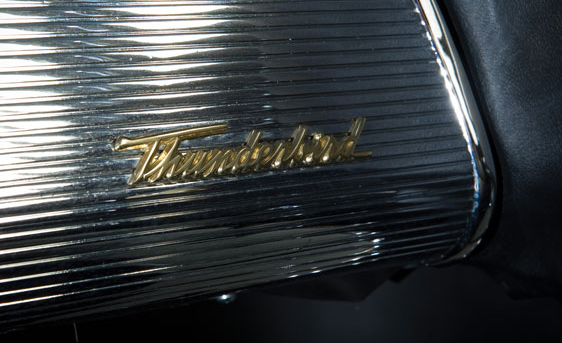 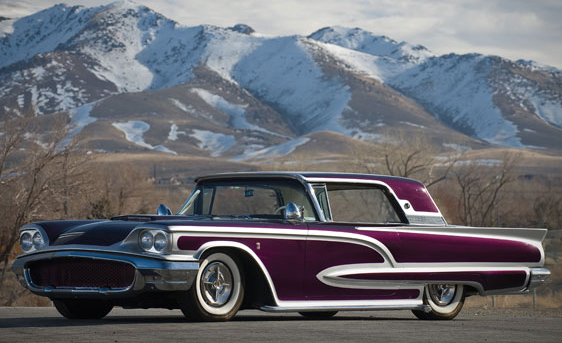 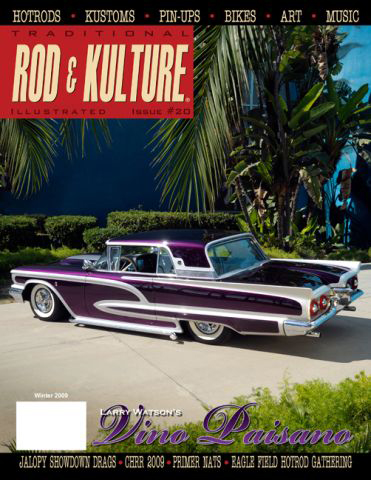 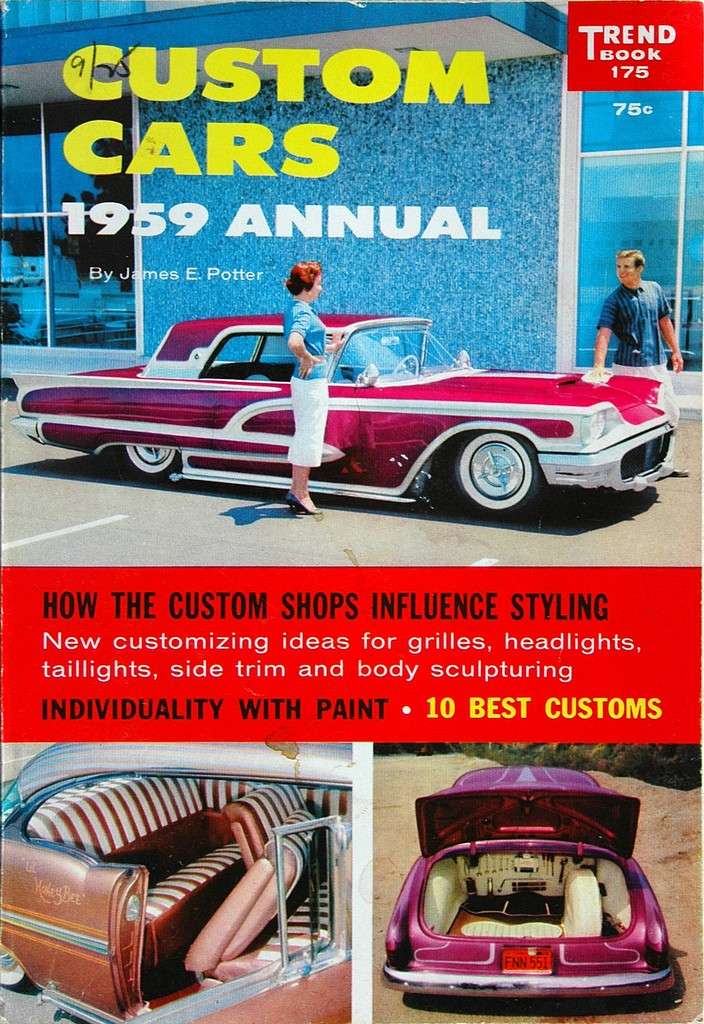 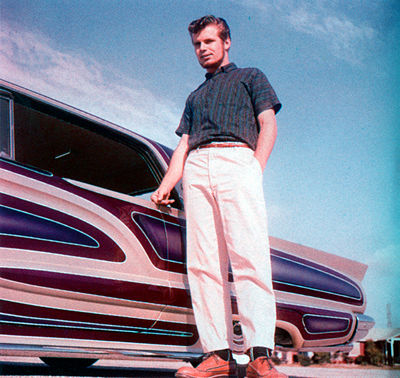 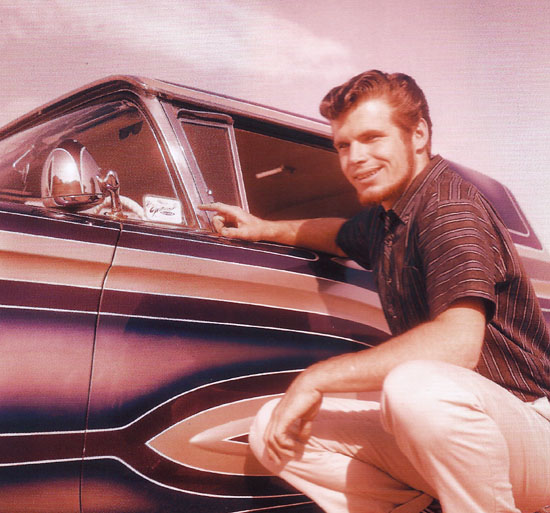 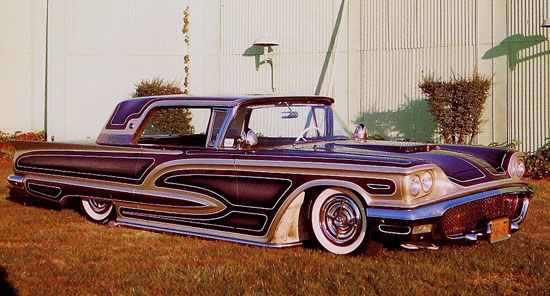 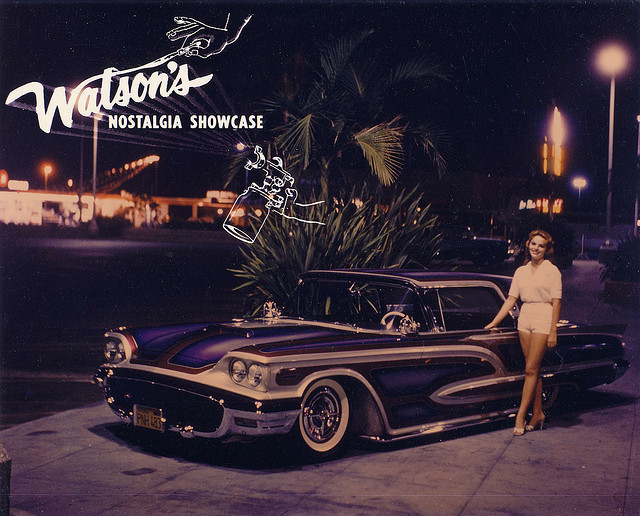 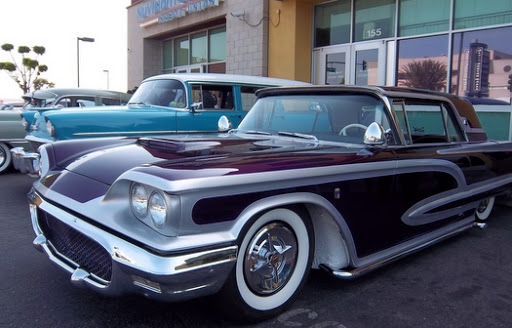 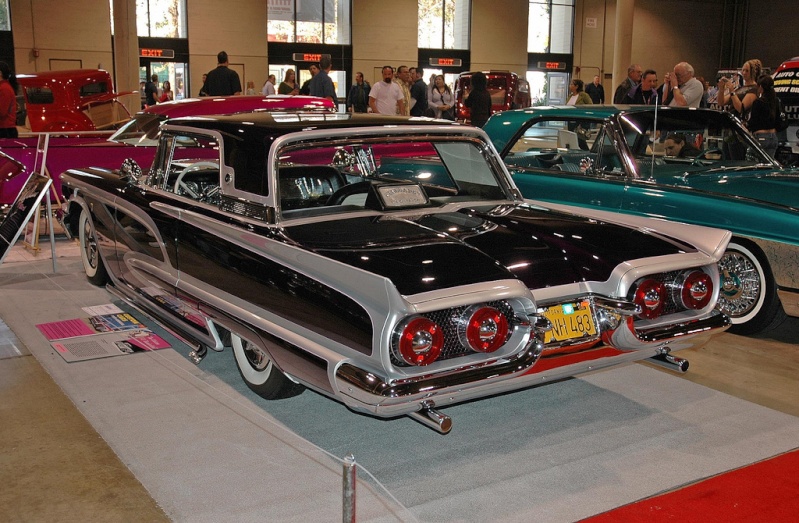 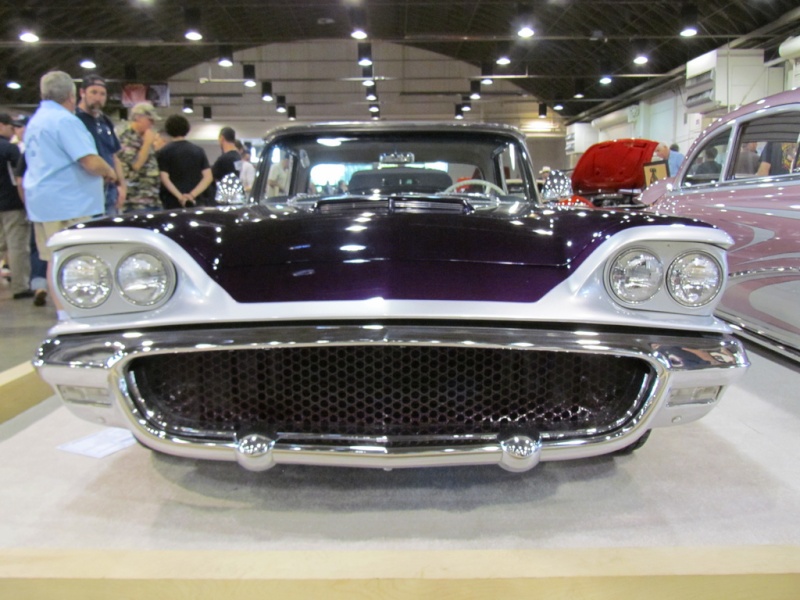 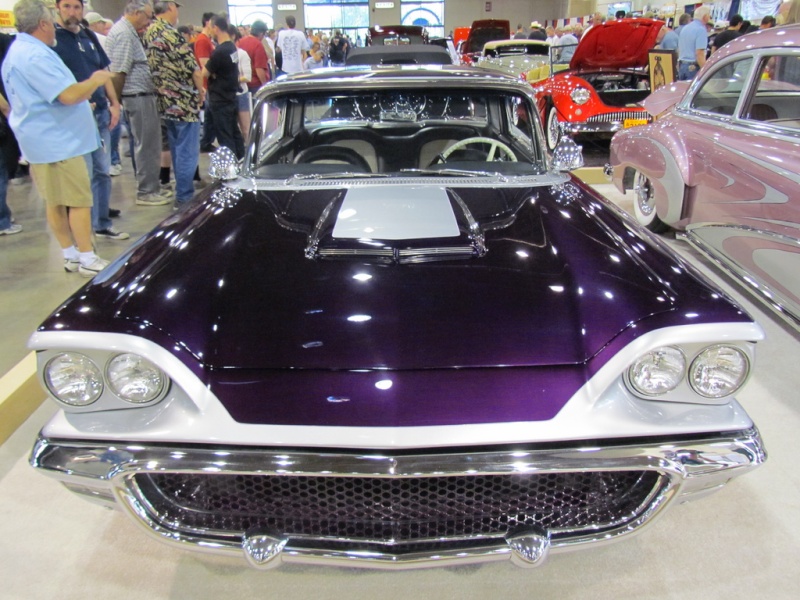 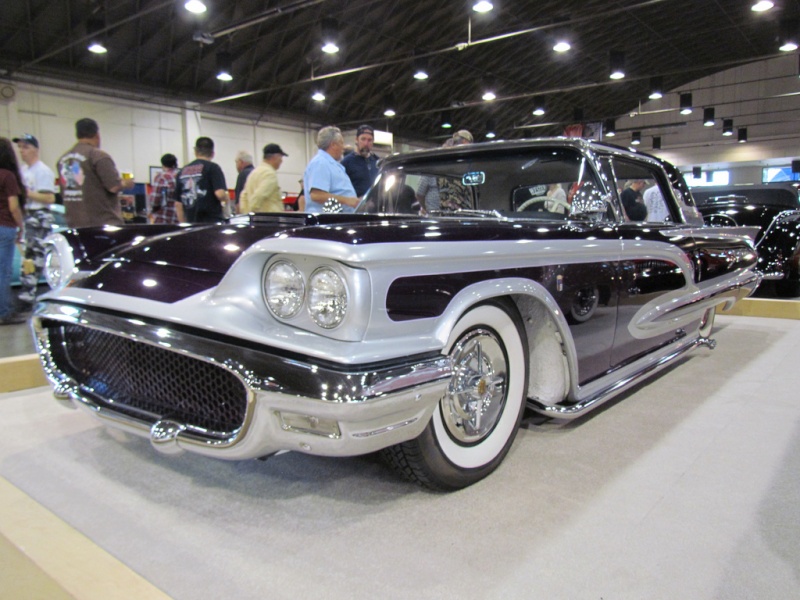 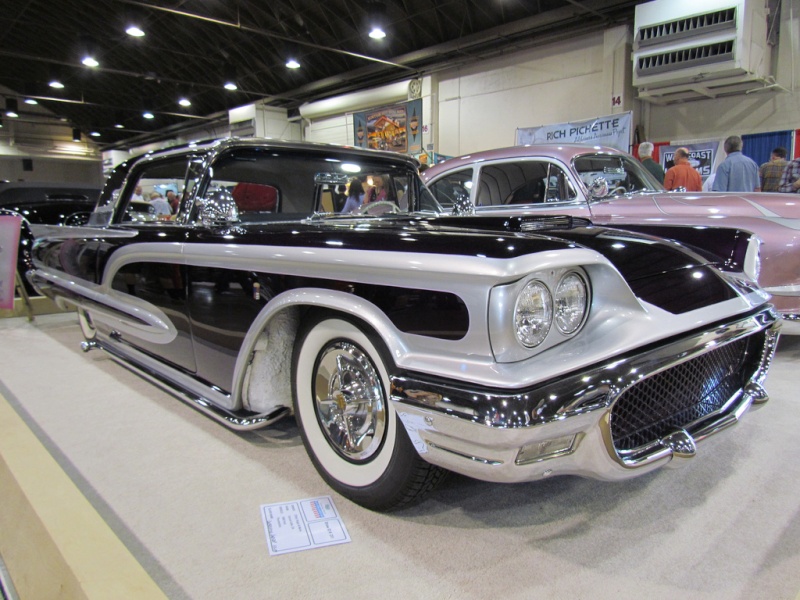 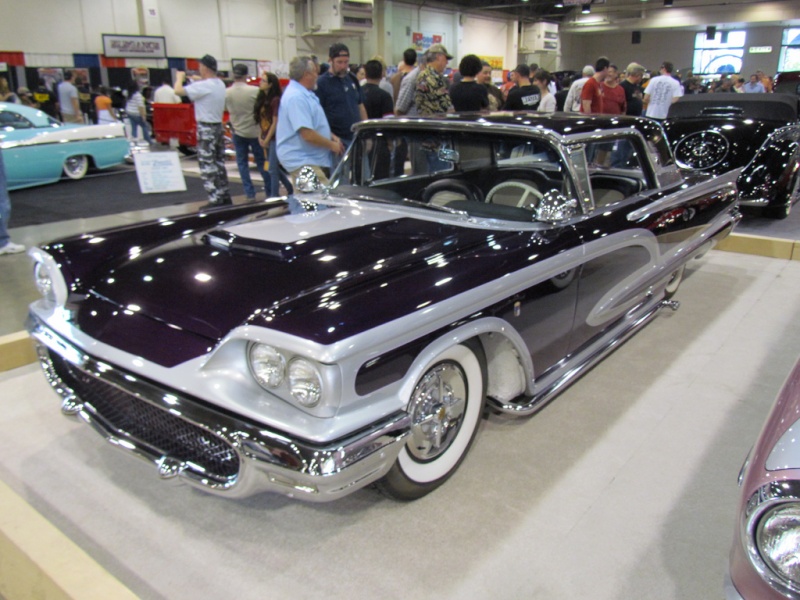 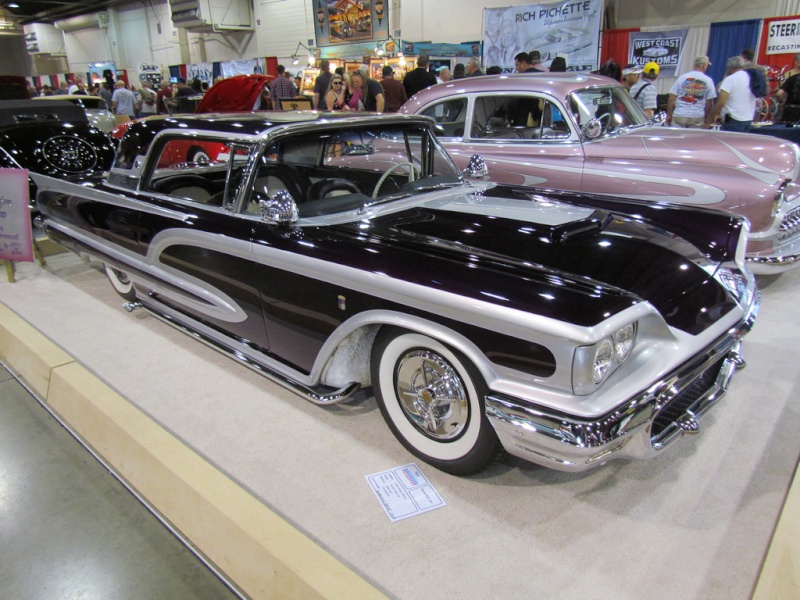 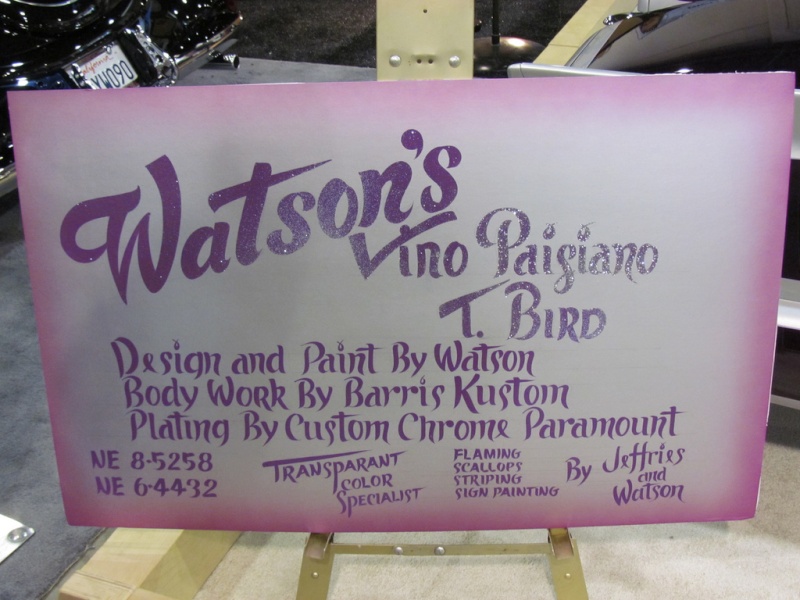 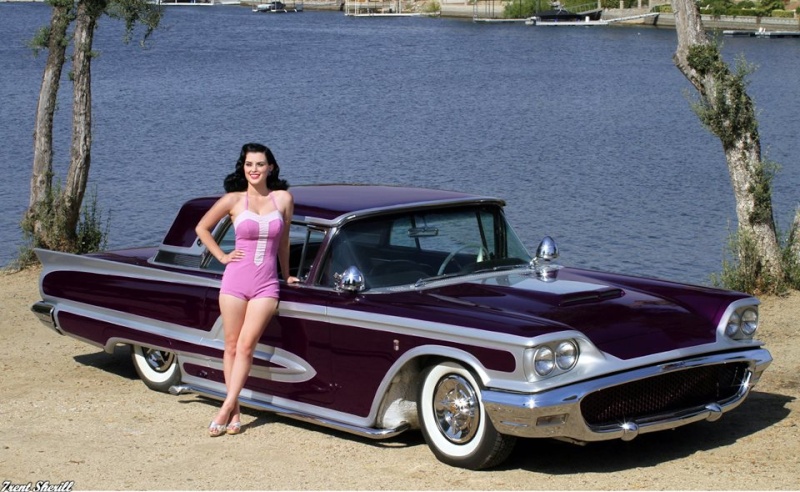