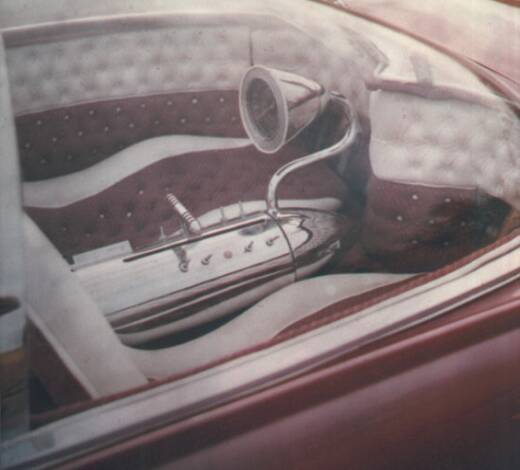 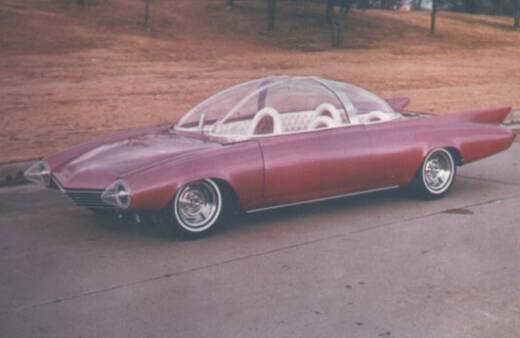 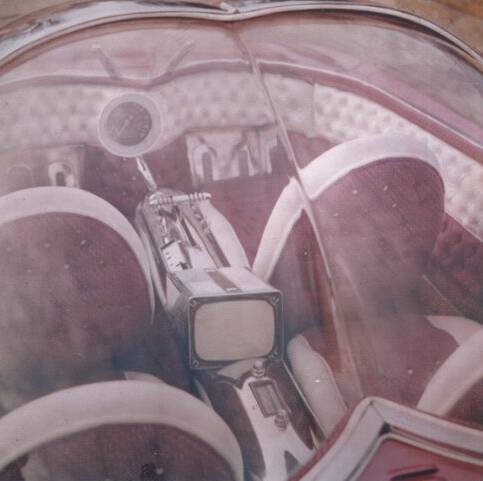 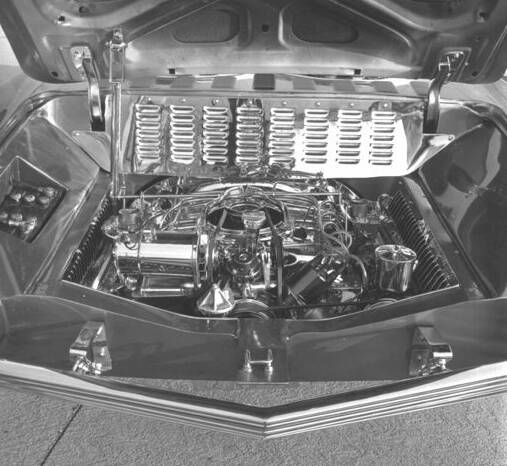 1960 Chevrolet Corvair Monza Bubble Top Custom built by legendary show car builder Darryl Starbird of Wichita, Kansas in 1961. Darryl designed and built the car for Chuck Miller of Columbus, Ohio. The build started just after Darryl had completed his first full-blown show car, the Predicta. About the development of the Forcasta, Darryl said that he wanted something with a very low hood which meant that the radiator couldn't be up front. Before he began the build he was actually looking at using a Volkswagen, but he decided that it was too small for what he had in mind. Then the all-new Corvair was introduced and Darryl found his perfect donor car. He bought a very clean low-mileage Corvair from a used car lot in Wichita and the build could begin. 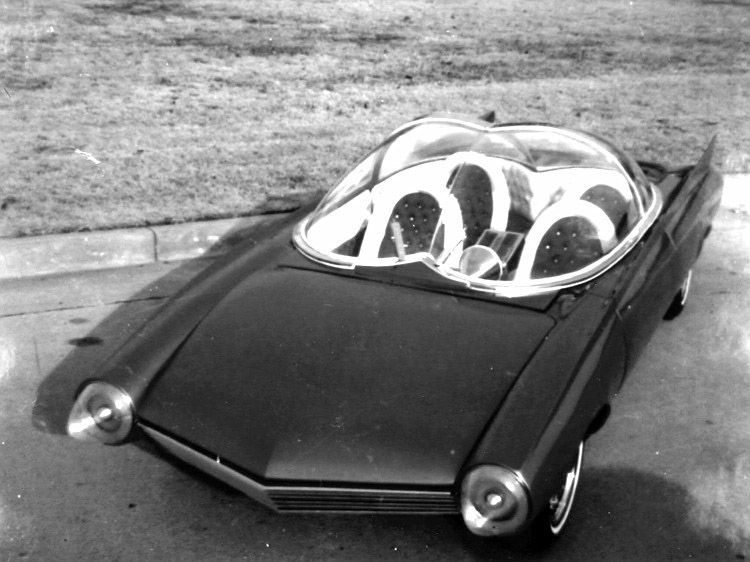 Darryl stripped the stock body down leaving only two door pillars and the hinges, the rocker panels and the flooring. He started with a pair of 1960 Cadillac rear quarters which he modified heavily. The fins were repositioned, angled outward, and had extensions added to lengthen them. New doors were hand-formed to match the contour of the rear quarters. 20 gauge sheet metal was hand-formed to give the side panels their space age styling. The rear deck was replaced and round rods gave rigidity to the cut out areas. Up front new fenders were shaped. The hood panel was highly modified which gave the car the convex shape Starbird sought from the beginning. New rolled edges were welded in place to create a peaked effect. The front fenders were rolled and hand formed in the same way as the rest of the body. 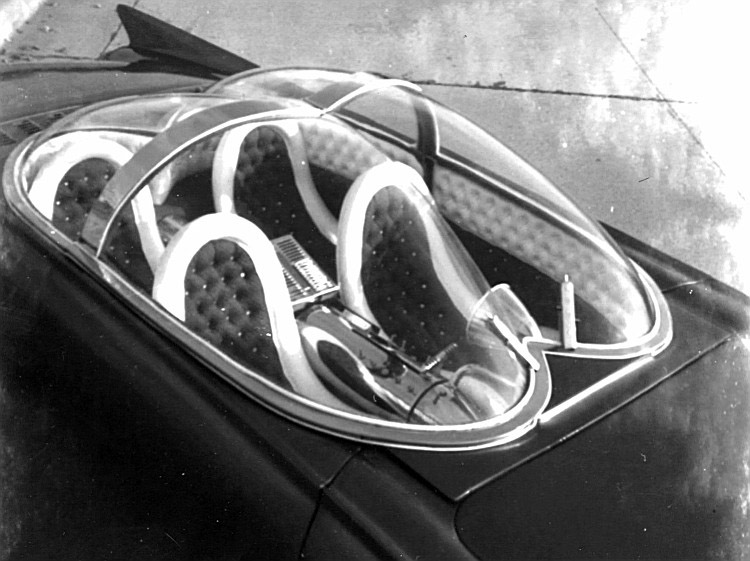 The front and rear grilles were formed in a V from 2 inch streamlined chrome plated tubing. With the body shaped, patterns were made for the bubble top and the bullet shaped headlight and taillight lenses. These patterns were sent to Ray Plastics, the company that had blown the bubble top for the Predicta. The bubble top was split at the door line, and the front half was raised hydraulically for entry and exit. 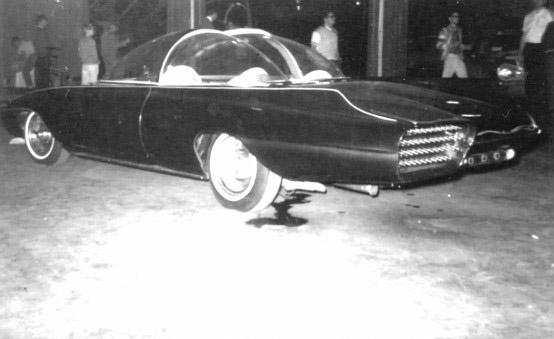 The interior of the car consumed 500 man hours before it was completed. It was finished in hand tufted white pearl Naugahyde and Fuschia frieze. The car featured four bucket seats that were contour formed from head rest down to the pedals. Up front the bullet shaped console concealed an electronic brain and manual control switches. The instrument cluster swiveled to both sides so the car could be operated from both right or left and the steering was operated by a central stick. The car also featured air conditioning and an intercom. The rear console of the car included a small TV and radio. A remote control operates the top, turns the wheels, raises the trunk, starts and revs the engine, turns the TV and radio on and off and opens the doors without the driver having to touch the car. The interior styling was done by Paul Matz of Wichita. All of the electronics were installed by Jim Patton, also from Wichita. 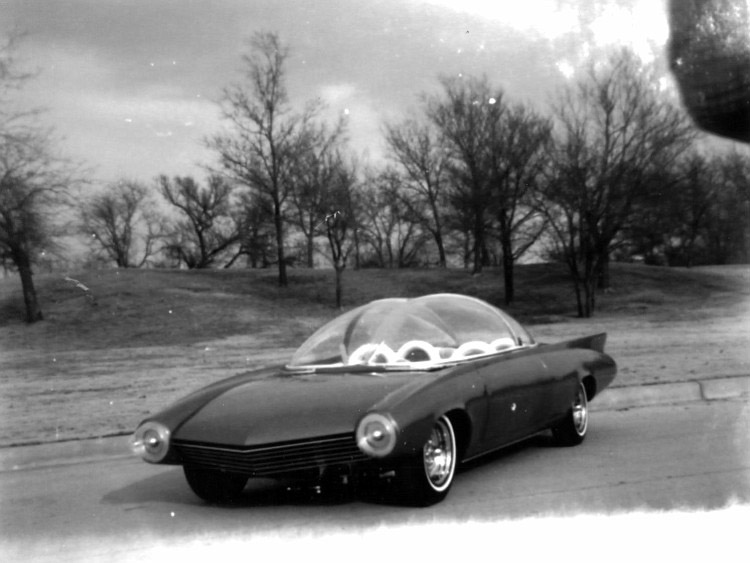 Every movable part on the original Monza engine were triple-plated and highly polished by American Plating Company. The firewall and inner panels were louvered and chromed, as were all of the suspension system components.. The body received 10 coats of hand rubbed Grape lacquer. 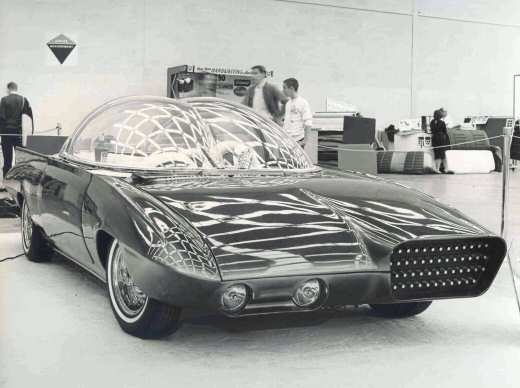 During the years, the Forcasta has been restyled at least twice. On a photo of the second version of the car at an indoor car show, Frank Koss is listed as the current owner. Starbird has stated that he would not attempt a restoration; instead he'd build a brand new Forcasta using fresh sheet metal. 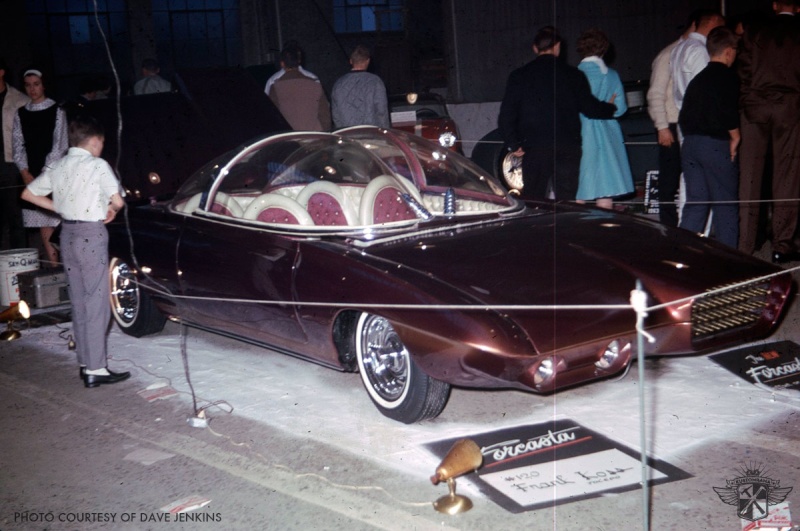 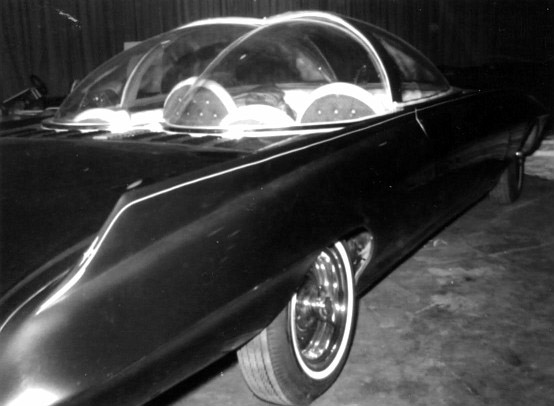 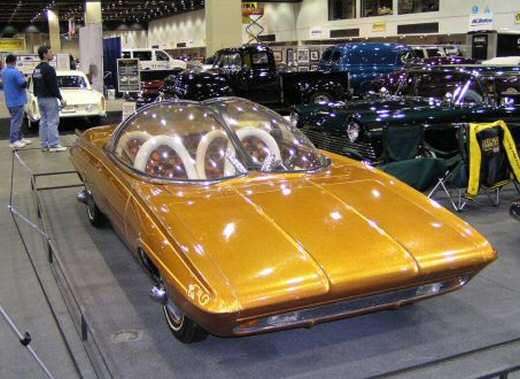 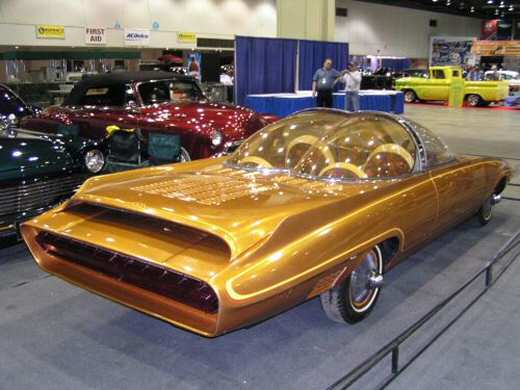 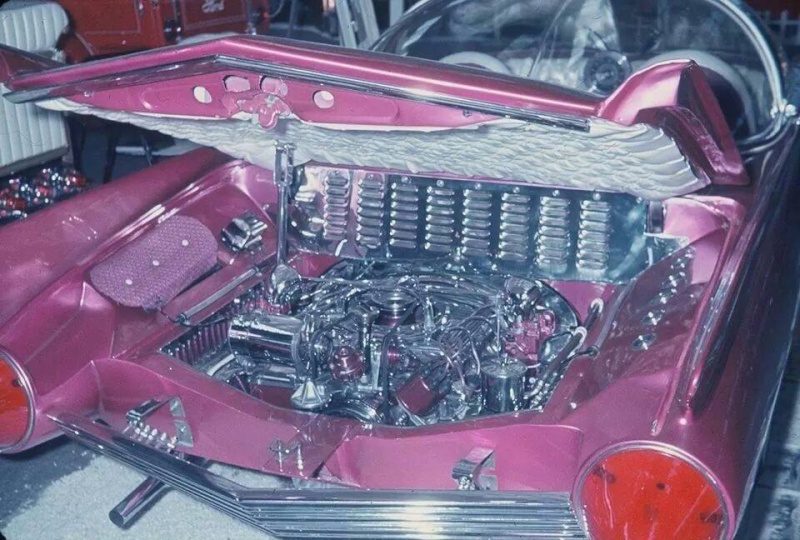 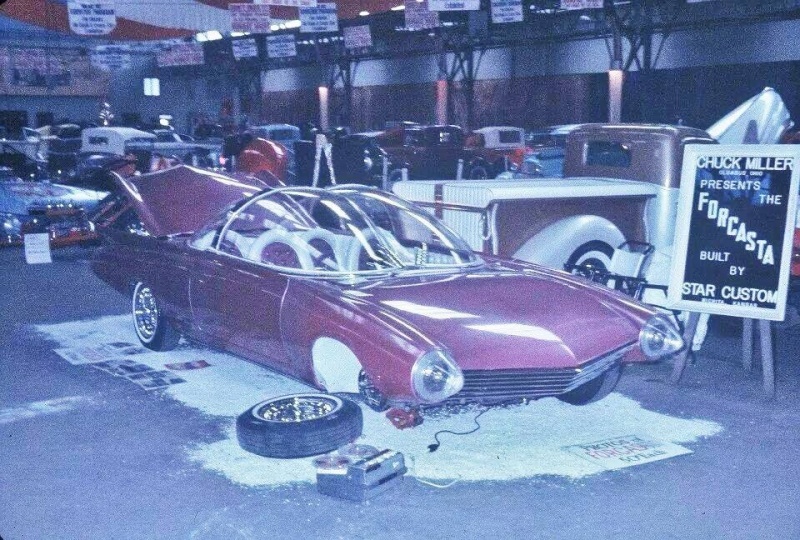 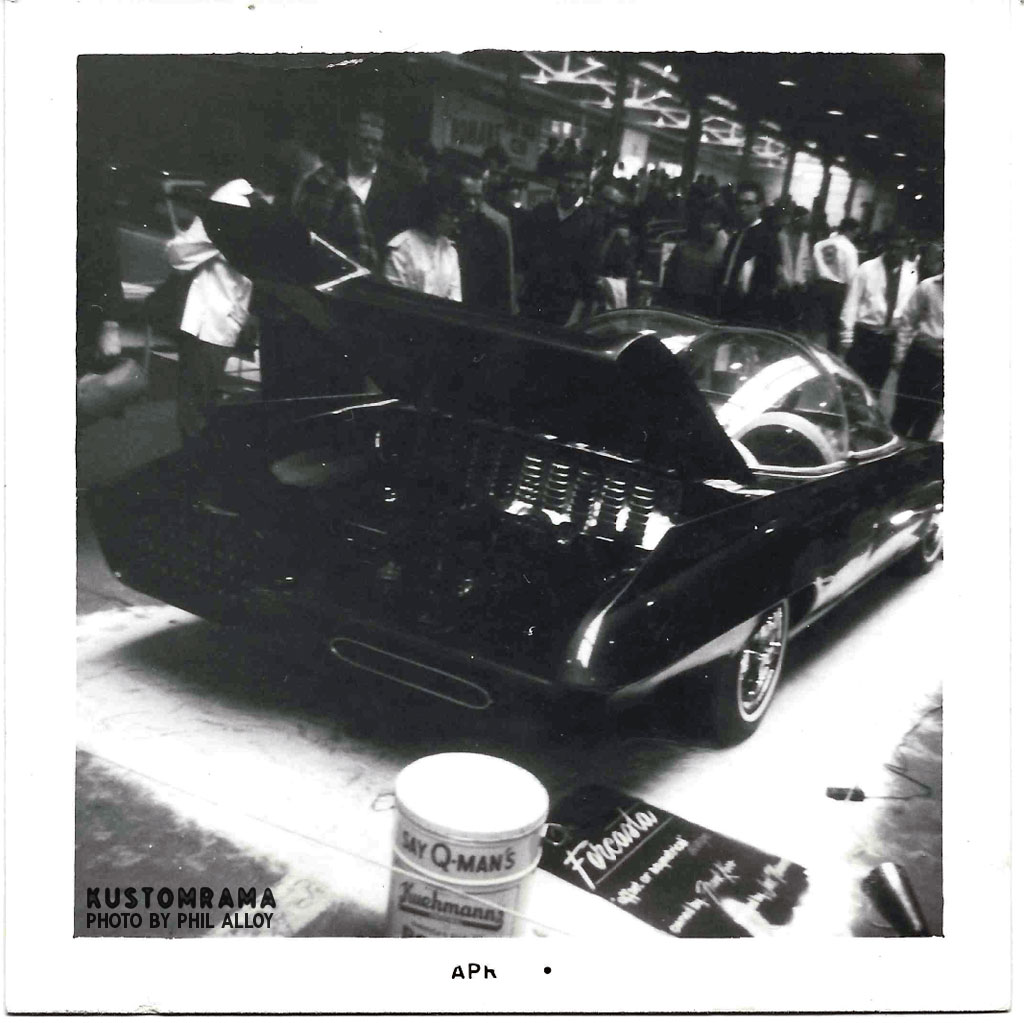 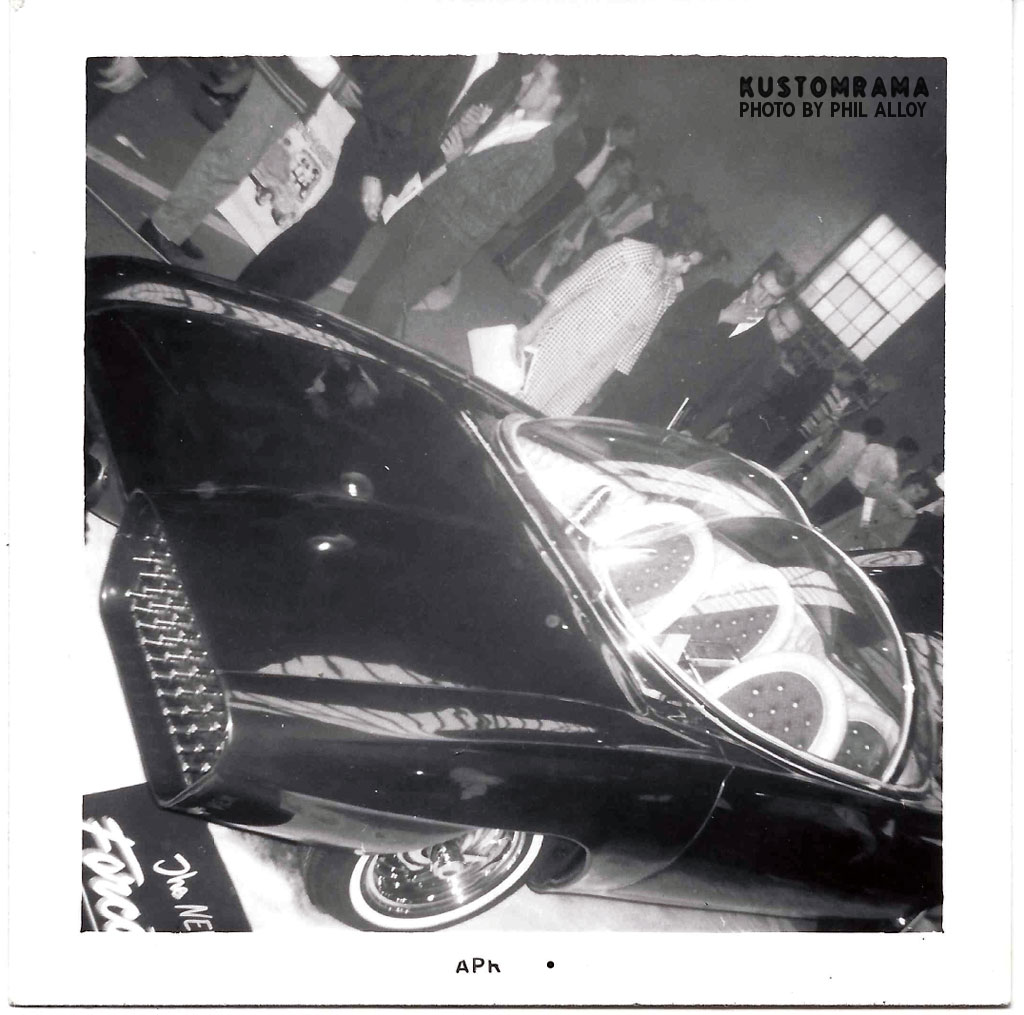 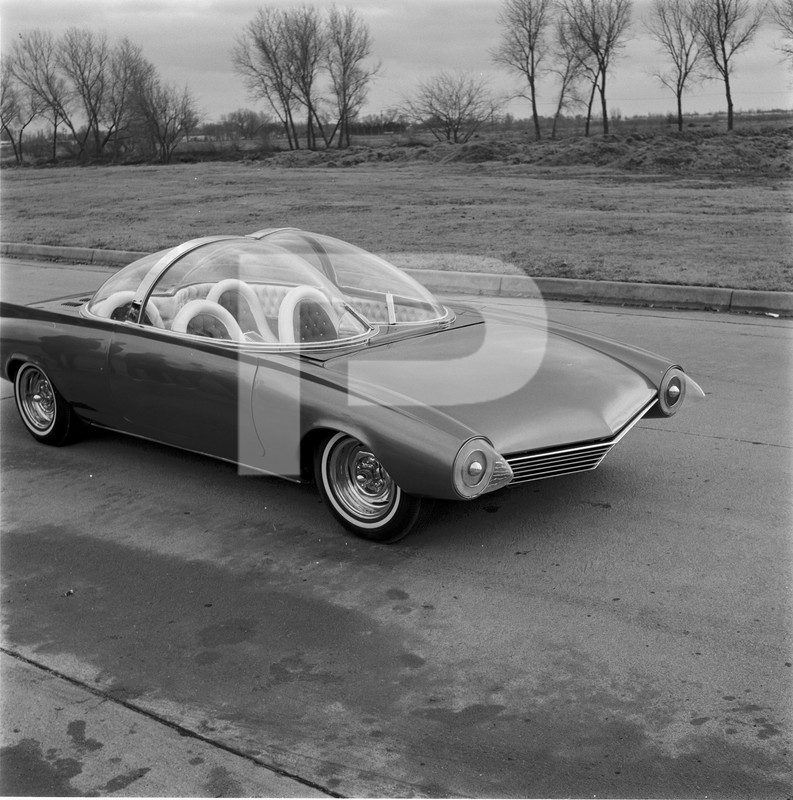 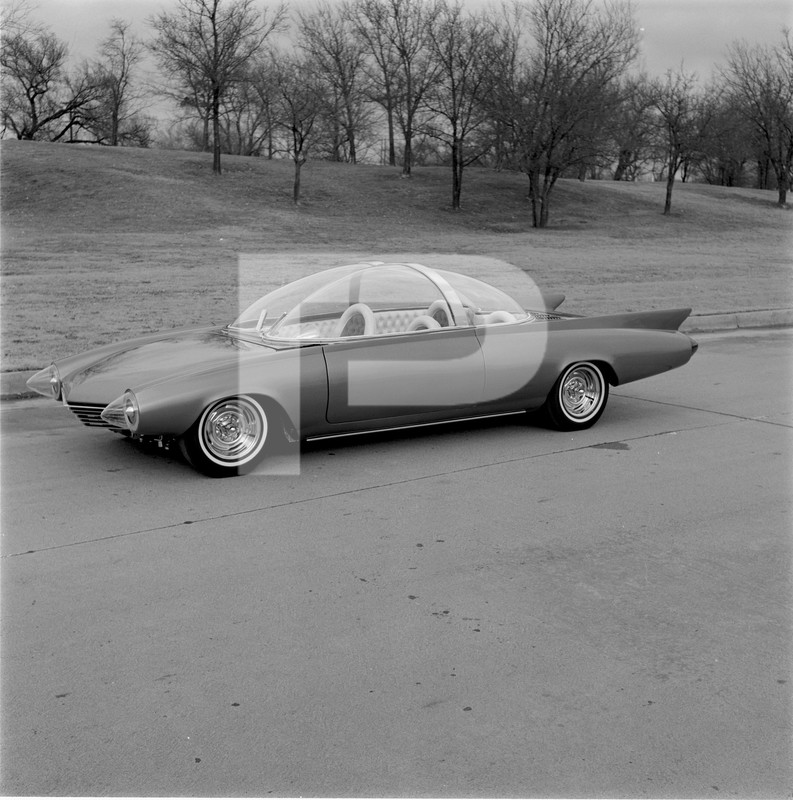 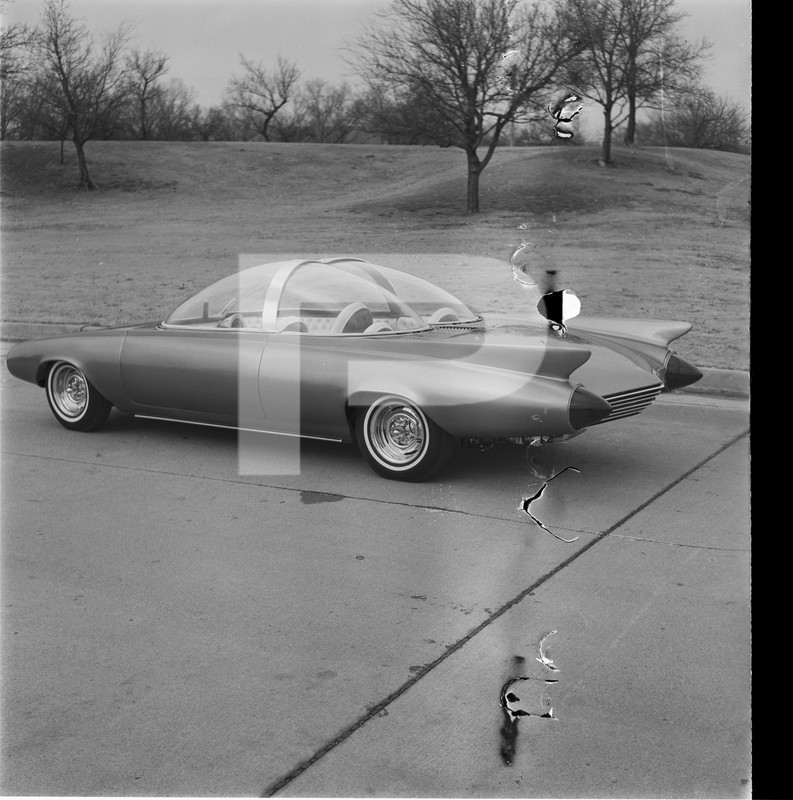 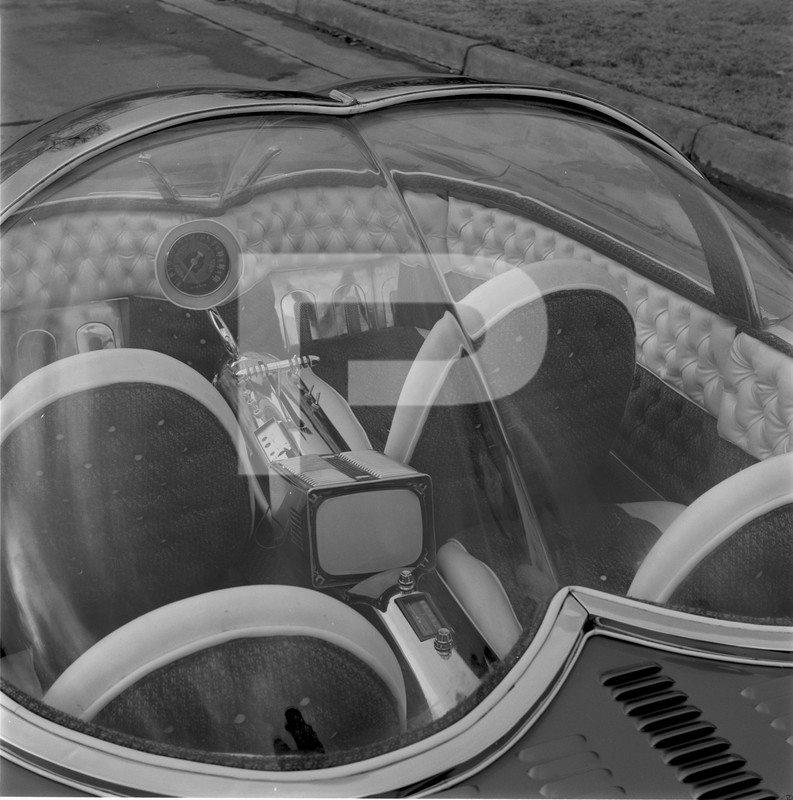 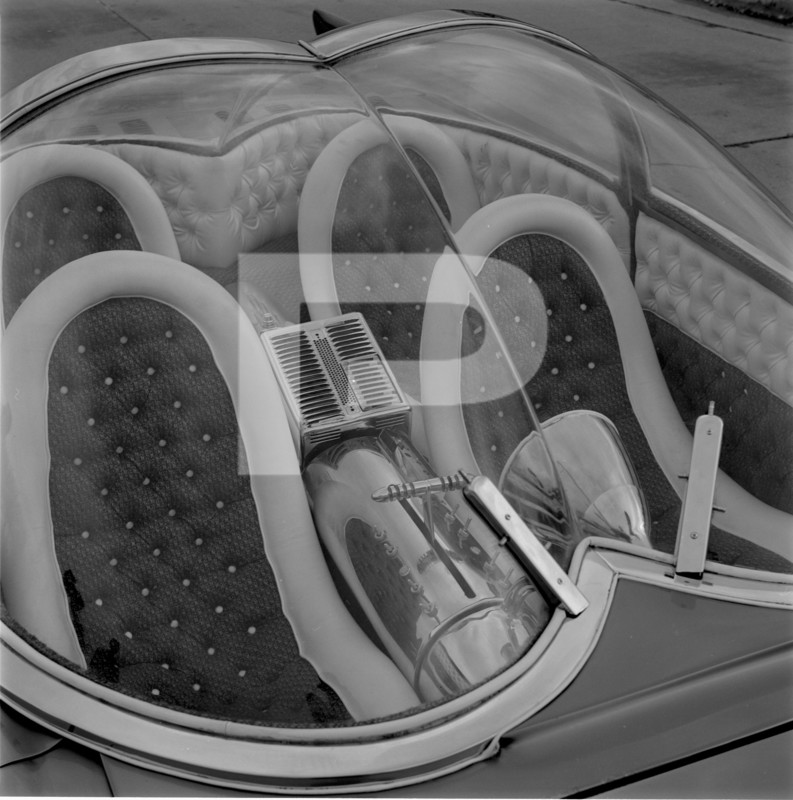 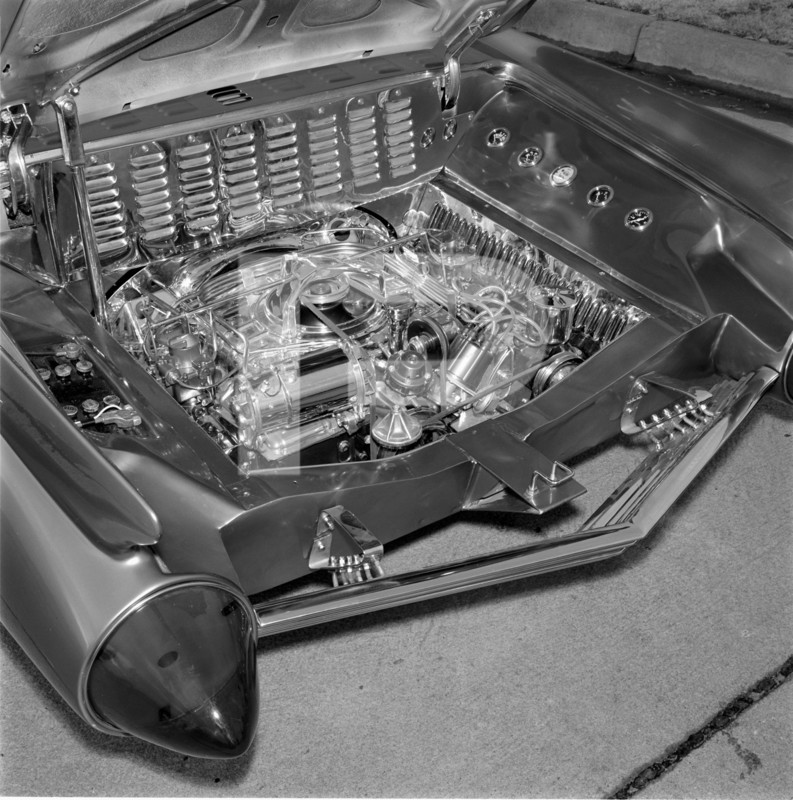 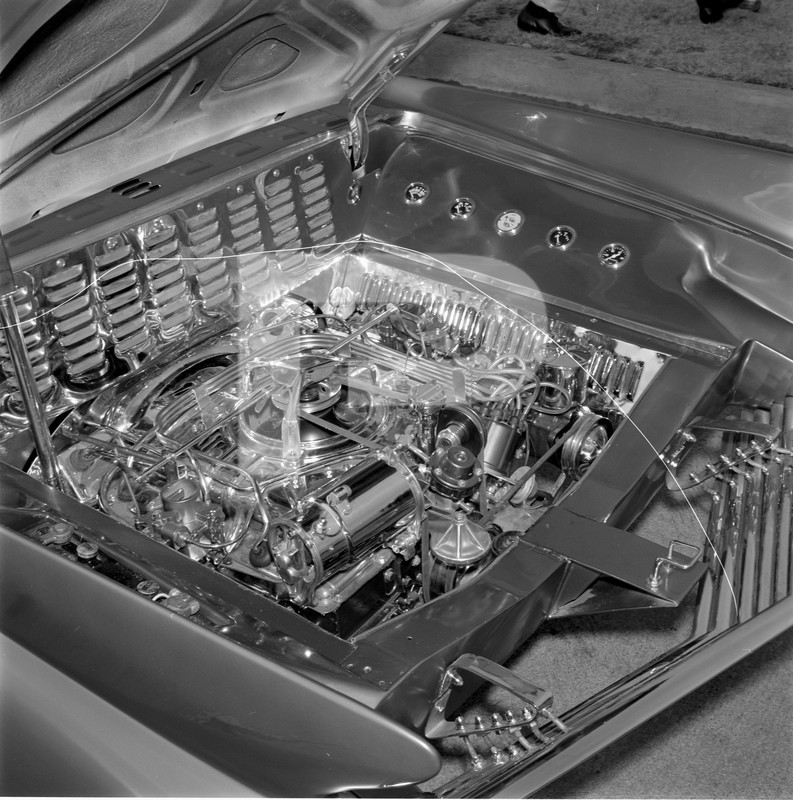 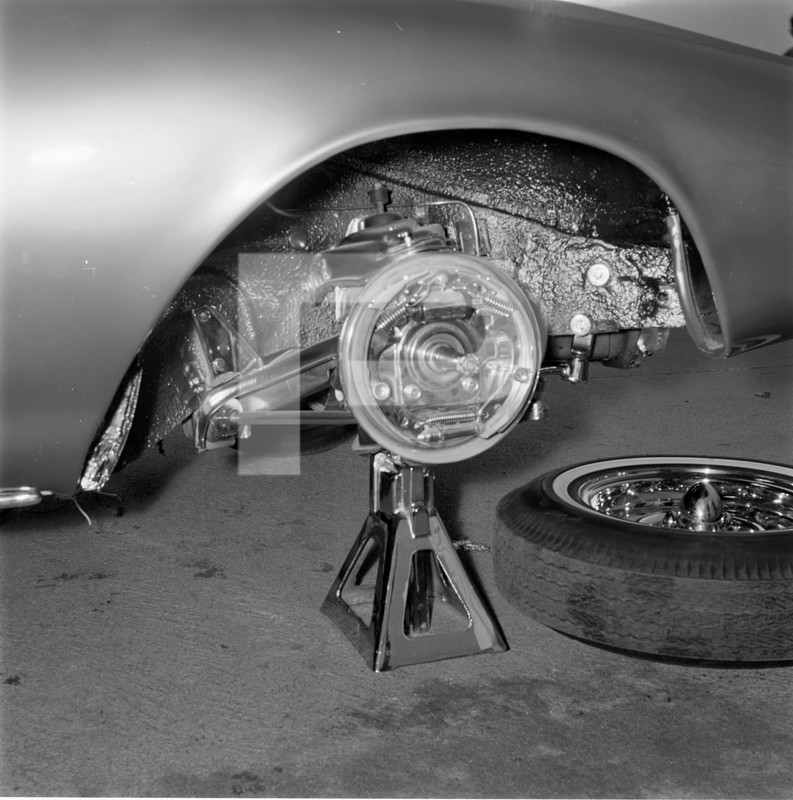 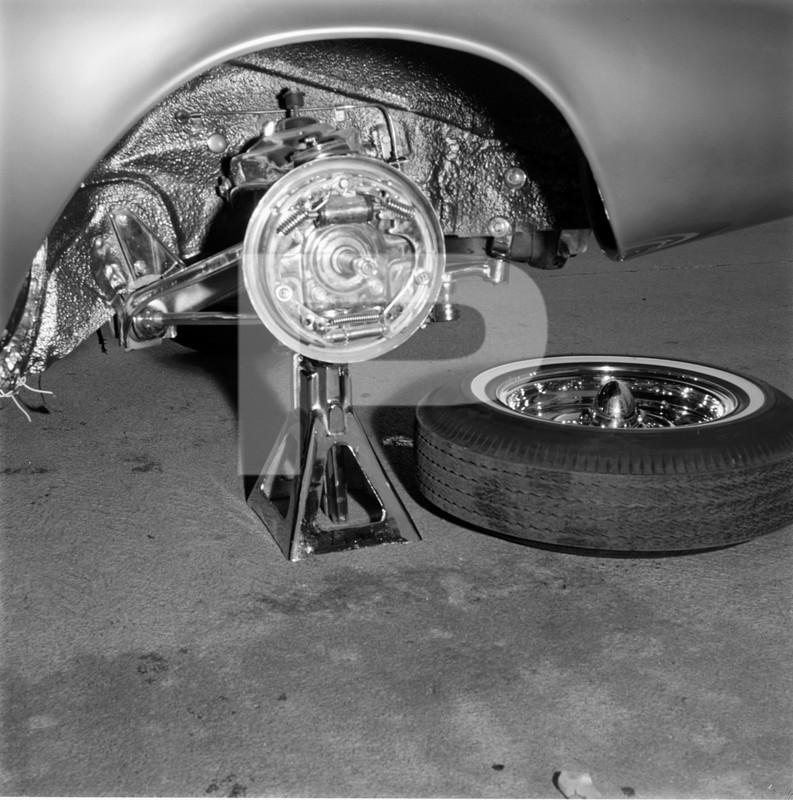 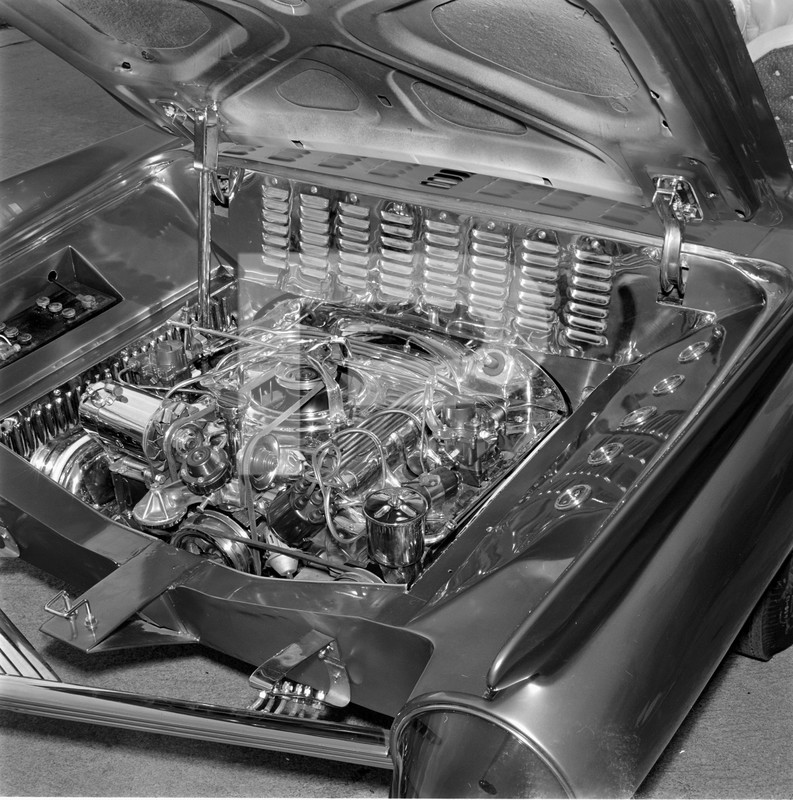 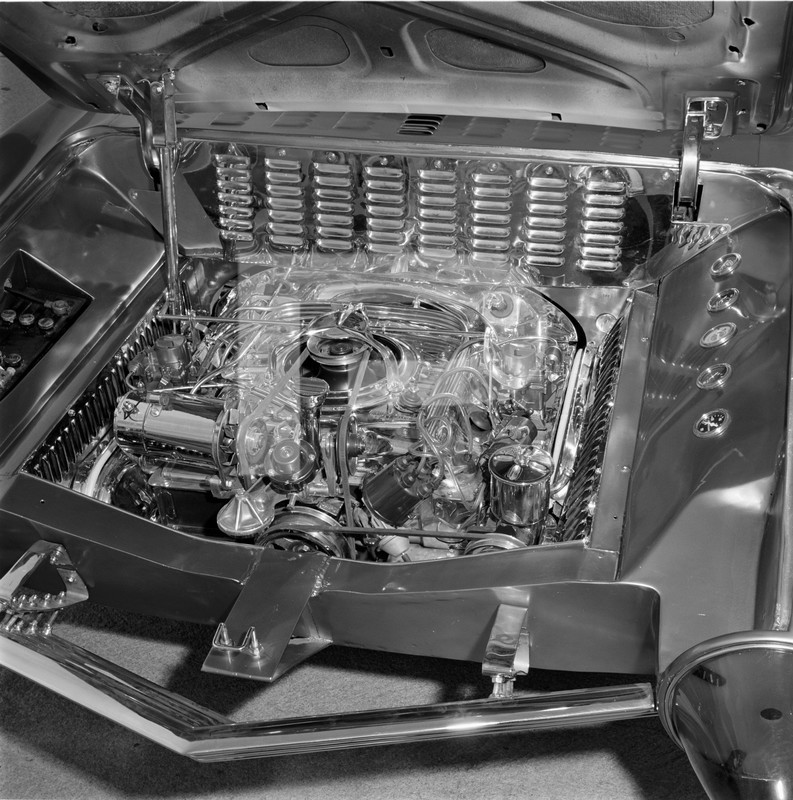