Rock 'n' roll legend Jerry Lee Lewis is hoping there'll be a Whole Lotta Shakin' Goin' On when it comes to the auction of the Harley-Davidson motorcycle he's owned since he became a household name back in 1959. 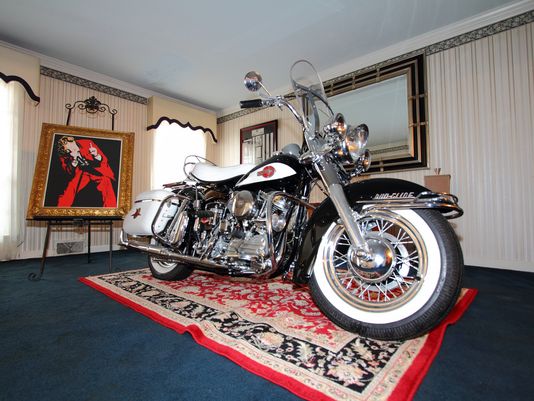 While the world is filled with celebrity cars and motorcycles, Lewis' is unusual because of the length of time in which he owned it — 55 years.

"This could be the $1 million motorcycle. It's history, and the continuous ownership by Jerry Lee since 1959 should drive the auction price to record numbers," says auction house President Dana Mecum in a statement. The cycle has been transported from Lewis' home in Nesbit, Miss., for display at the Mecum auction in Kansas City on Saturday.

Sam Murtaugh, Mecum's director of marketing, says Lewis told him that Harley gave away two motorcycles. One went to him, and the other went to Elvis Presley. Lewis says he got the first, and that he poked fun at Elvis for having gotten the second.