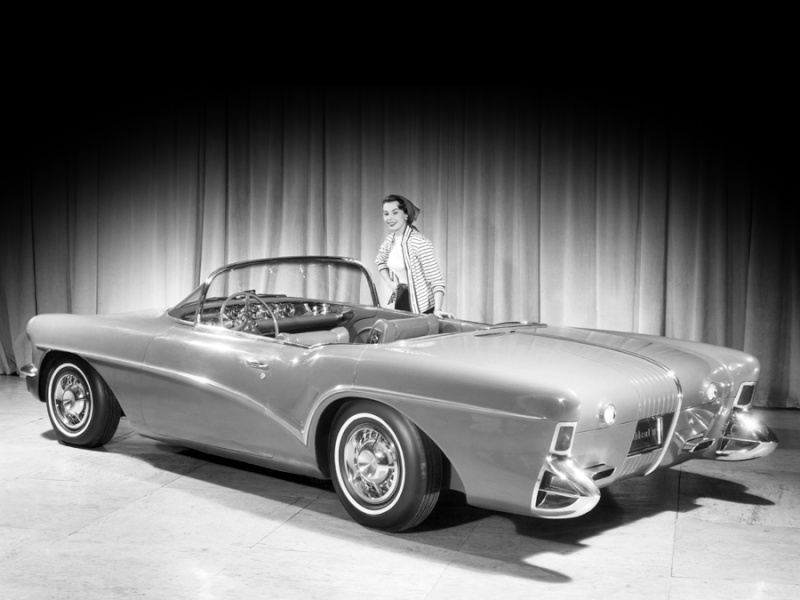 The 1955 Buick Wildcat III concept car was probably the most conservative and realistic of the trio. Perched on a 110-inch wheelbase chassis and measuring 190-inches in overall length, the Wildcat III was quite a bit larger than its predecessors, though it was still smaller than its production counterparts. It was referred to as the “toy convertible” by Buick designers. 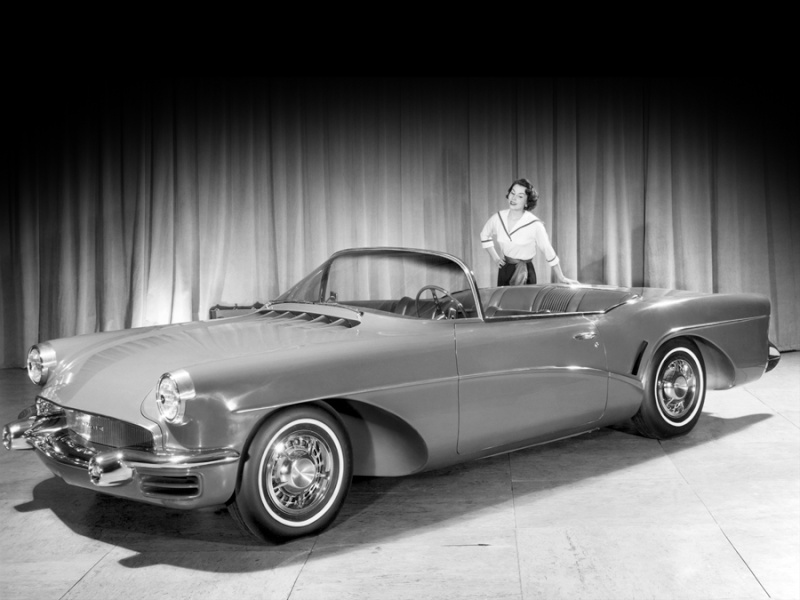 Wildcat III was a 4-passenger convertible with a reinforced fiberglass body painted bright red with a red leather interior. The car’s front and rear styling contained several elements that would appear on the 1956 and 1957 production Buicks. The front bumper pods housed the parking and directional signal lights and the grille work was of a fine screen material. The back of the car had two bomb-shaped rear bumpers. There were air inlets in front of the wrap-around windshield and rear wheels. It featured the Buick side sweep side trim that would become prevalent on all 1957 Buicks, but featured little chrome elsewhere. 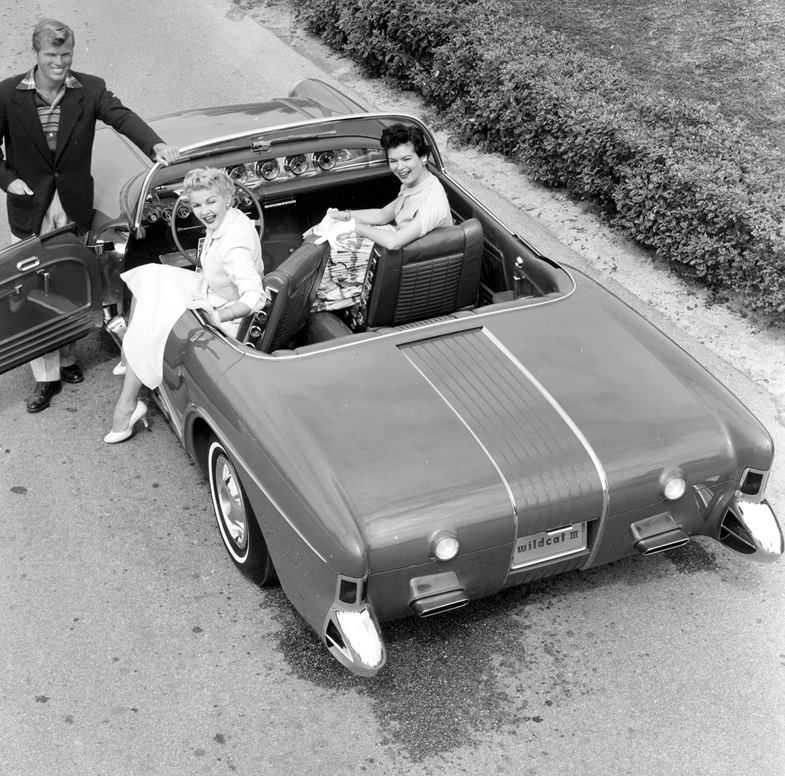 The Buick Wildcat III was powered with a 280 horsepower V8 engine with four carburetors and was mated to a Twin Turbine Dynaflow automatic transmission. 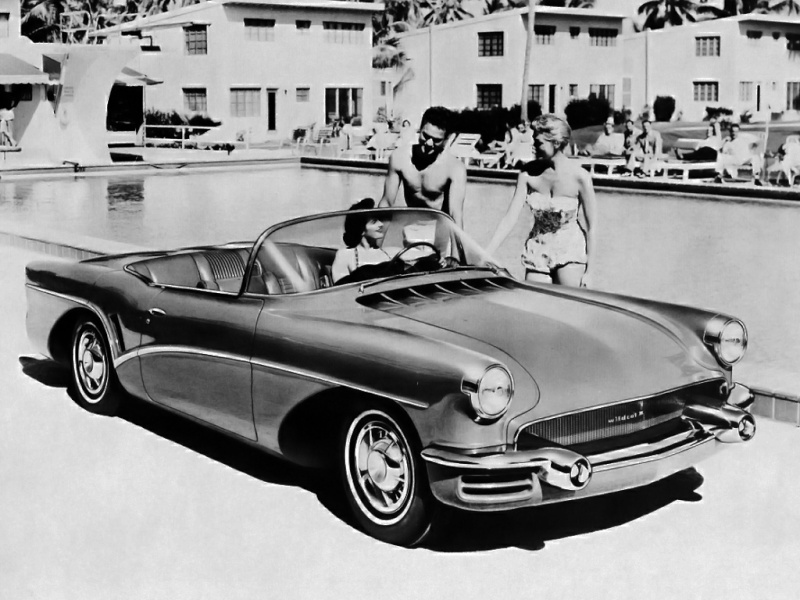 Though it is not believed to be in existence any longer, the ultimate fate of the Wildcat III was never officially verified. One rumor had it going to the crusher, yet another placed it in a hidden collection waiting for the right time to re-emerge. 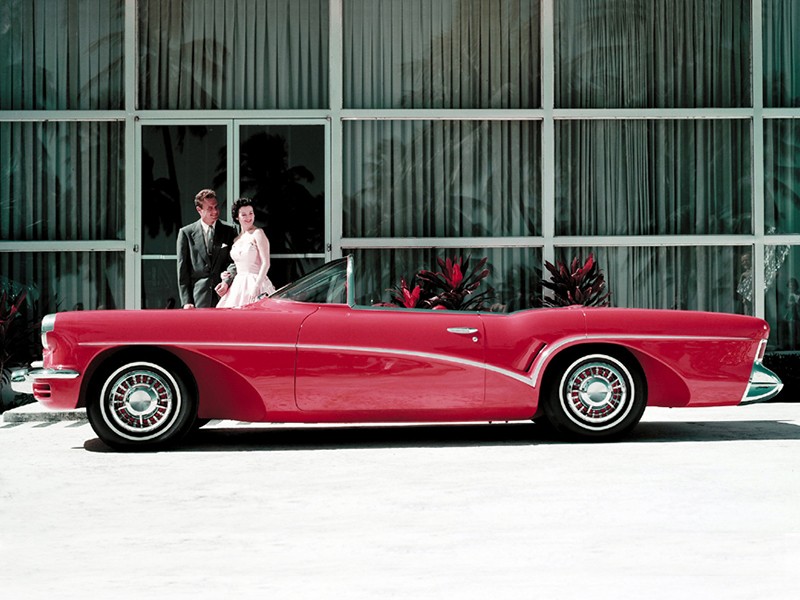