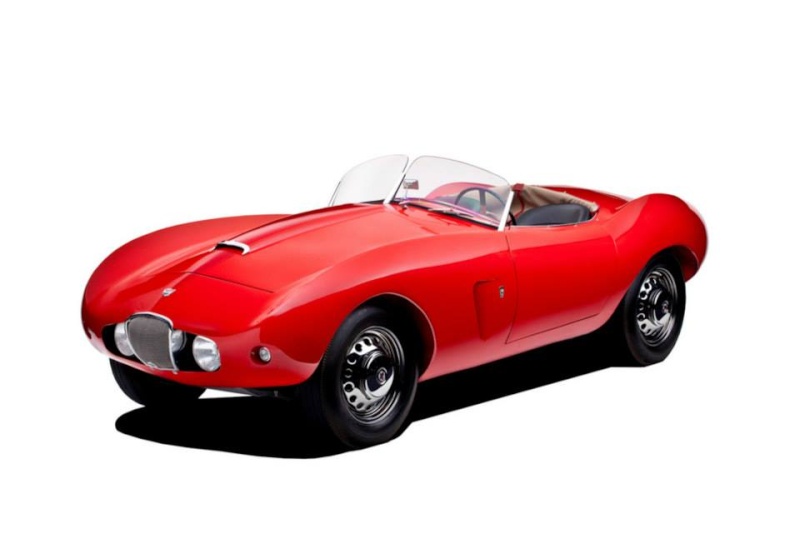 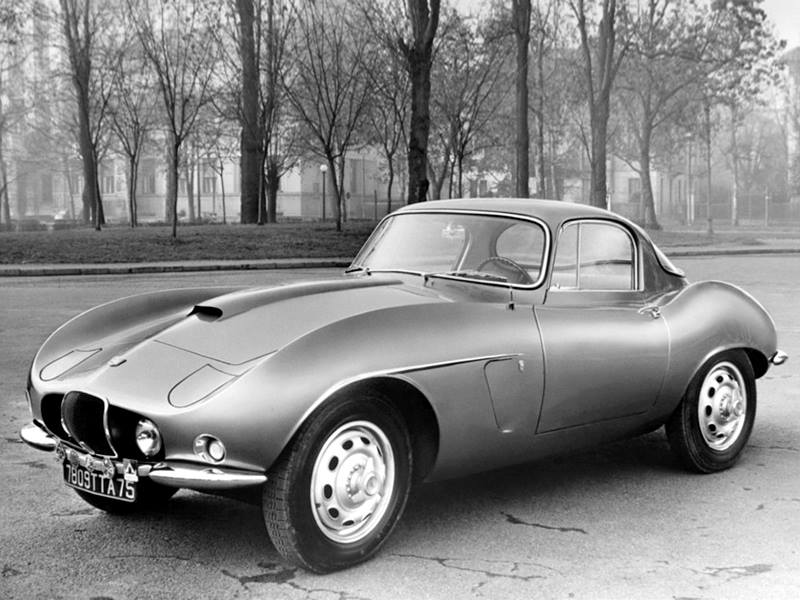 "The Arnolt-Bristol was an interesting amalgam of contemporary Bristol chassis engineering and Bertone styling and body construction. Bristol sent rolling chassis to Bertone, which topped Arnolt-Bristols with either open two-seater or closely related fastback coupe bodies. Completed cars were then shipped to Chicago. The fastback would prove very rare (it is thought that only two were built). The open version was offered in two forms. 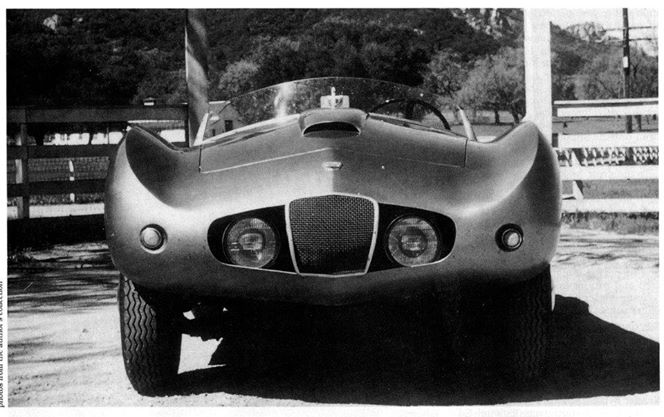 Though demand was never high, the Arnolt-Bristol was a remarkably long-lived specialty sports car. 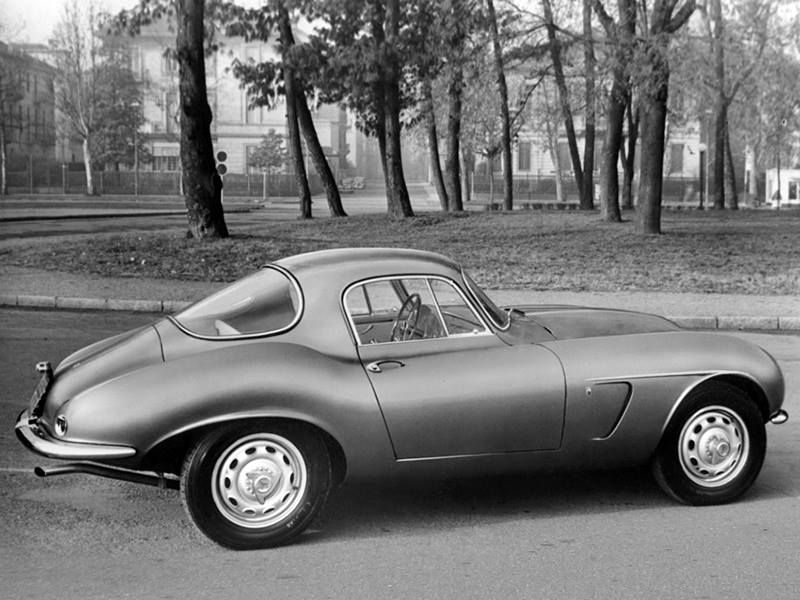 Though 12 cars were lost to a warehouse fire, a high proportion of the remaining 130 Arnolt-Bristols survive today. Among them are two interesting “few-of-a-kind” variations: an aluminum-bodied semi-racer, of which five were originally built, and another four roadsters equipped with 283-cubic-inch Corvette V-8s." 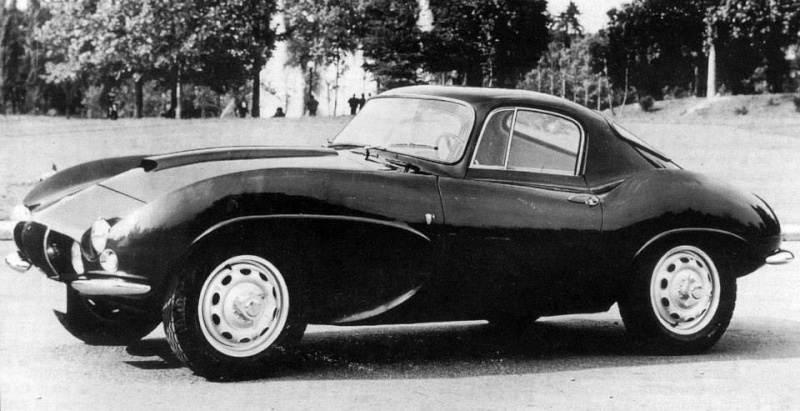 The latest Classified Ads from the Past is a rare all-aluminum 1955 Arnolt-Bristol offered for sale in the pages of Road & Track in 1972 for $6,000. 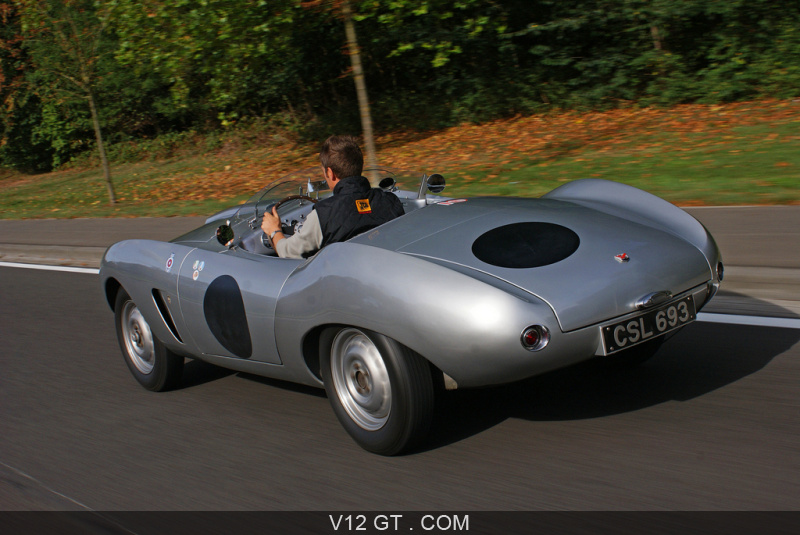 The story of the Arnolt-Bristol is a short lived, but incredibly wild venture. The man behind the beautiful Arnolt-Bristol cars started out as a mechanical engineer in the Midwest United States before the second World War. When the company he worked for in 1939 went under, Stanley Harold Arnolt purchased the patents for a small outboard marine engine for mere pennies, and in a few years transformed it into millions of dollars when the Navy needed such a motor for their small water craft during World War II. This was the beginning of an empire for S. H. Arnolt, also widely known as “Wacky” Arnolt, who post-war would branch out into dozens of companies, several of which were automotive-based. 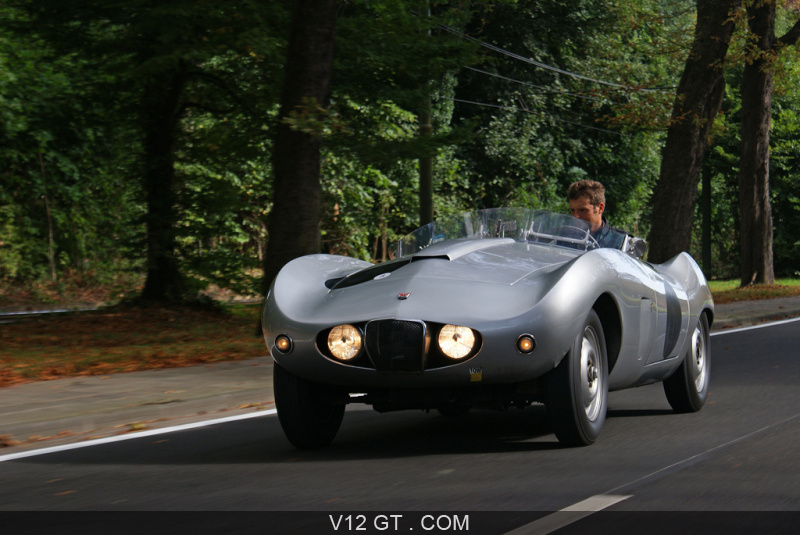 Arnolt’s passion for sports cars began in 1949 when he purchased an MG T.C. He was so smitten with the little British roadster that he went to his bankers and borrowed a million dollars to establish S.H. Arnolt, Inc. at 153 East Ohio Street, Chicago, Illinois, with the money going to procuring 1000 Morris Minors for his newly-established Chicago dealership. Wacky, however, was still not content with the fact that he virtually exploded onto the auto scene as a prime time player practically overnight. Arnolt set his sights on becoming an auto manufacturer, and after a visit to the Turin Auto Show in 1952, he walked away owning a large portion of Nuccio Bertone’s company that was showing off two MG chassis with hand-crafted Bertone bodywork. Bertone was going broke, and Arnolt was more than glad to assist the small Italian coach builder to return to operating in the black. 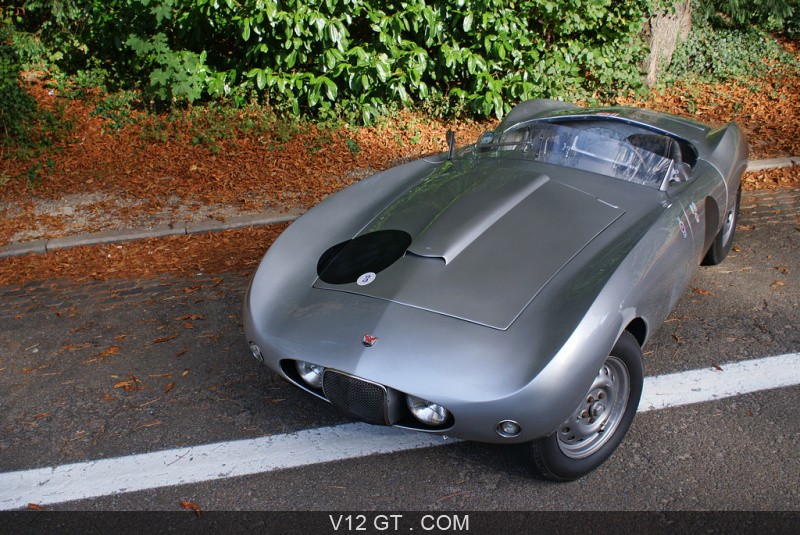 With Bertone in his pocket, Wacky went to England and visited Bristol Cars. At the time, he had his eye on the 404, a sleek coupe built on a 96-inch wheelbase. Bristol was using the pushrod 2-liter six of BMW origin that the English company won the rights to as part of war reparations. These engines, complete with four-speed gear boxes, were mounted to the chassis and shipped to Bertone’s factory in Italy for body fitting. 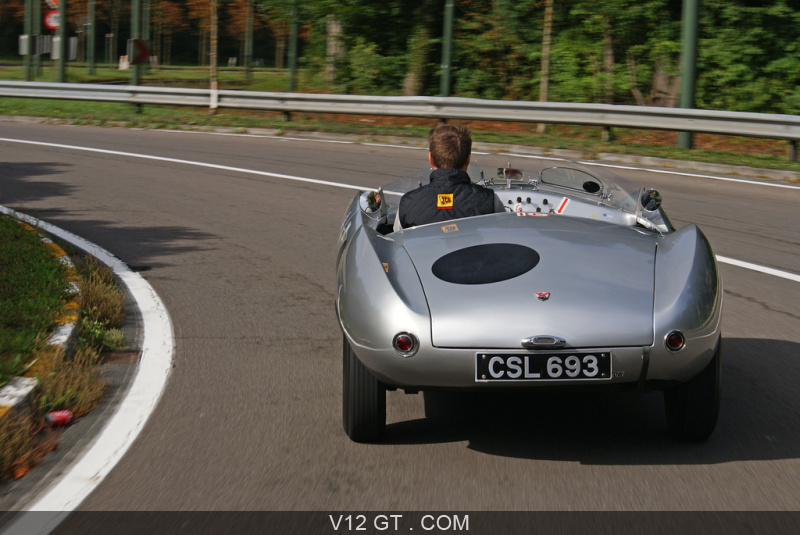 Bertone delivered by crafting a fluid-like form in steel with aluminum hood and deck lid. Lacking any embellishments, the body of the Arnolt-Bristol gives one the sense that the vehicle is traveling at high speed, even when sitting stationary. The Bristol engine was rated at 130HP, and gave the 1800lb car the ability to reach 60 mph in just over 8 seconds, quite sporting in its day. The aluminum-bodied cars, of which five were produced, were used primarily for racing efforts, with three cars being retained by the Arnolt factory and campaigned at Sebring, achieving a 1-2-4 finish in the two-liter class in 1955 and 1956. 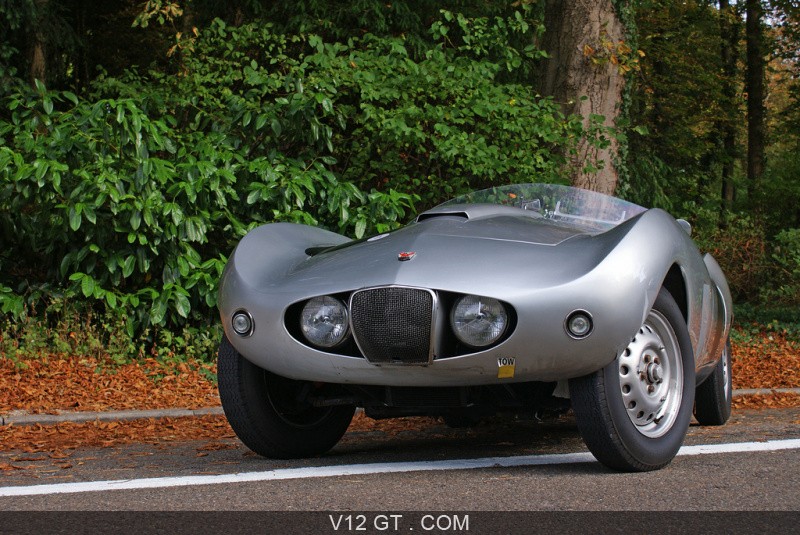 Arnolt’s passion for building and racing sports cars ran out in 1957, when late in the 12 Hours Race at Sebring, Bob Golditch was killed when the Arnolt-Bristol he was co-driving with S.H. Arnolt braked too late going into a corner and flipped over. The loss of his teammate, and the fact that none of the cars sold up to that point made a profit, caused Wacky to begin to back away from the Arnolt-Bristol venture. In 1960, Wacky gave Walt Inai and Juan Lopez permission to take two cars to Sebring. Drivers Max Goldman and Ralph Durbin won the two-liter class, and campaigned in a total of nine races that year, with six first place finishes. 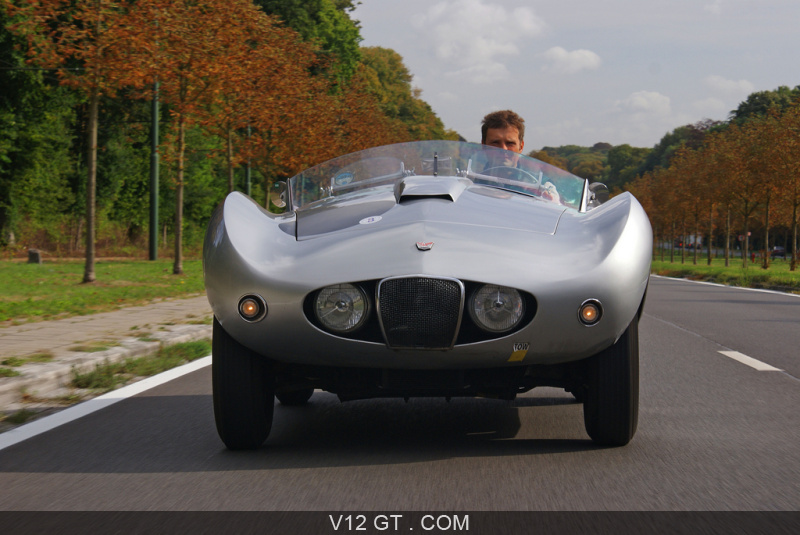 Out of the 142 Arnolt-Bristols produced, twelve were lost in a fire, and the remaining 130 were sold between 1954 and 1963, with Arnolt losing money on each sale. Five of the cars were bodied in aluminum, and two were constructed as coupes. Today, nearly 90 of the original 130 cars have been accounted for and continue to cause a stir at Concours events and vintage race meetings the world over. The history of this truly global sports car speaks for itself in terms of performance, and with the car featured in the ad from Road & Track’s May 1972 issue being one of the five aluminum-bodied cars, a little rarity will never hurt resale value either. 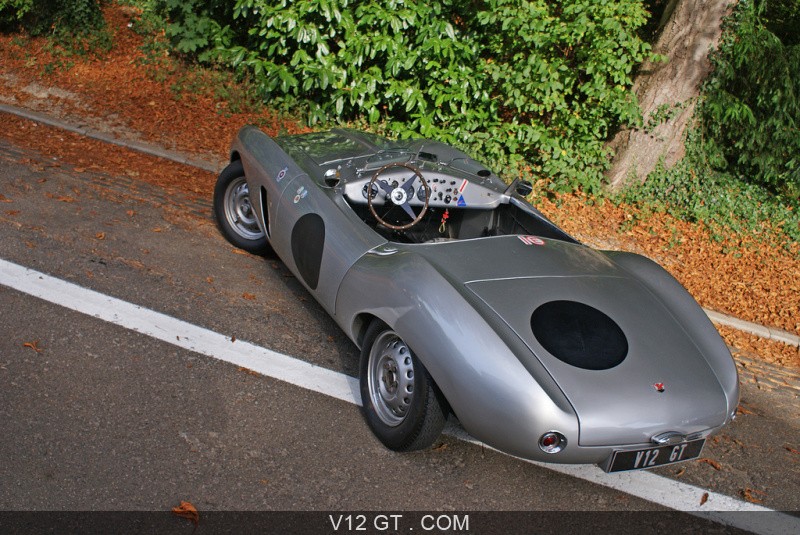 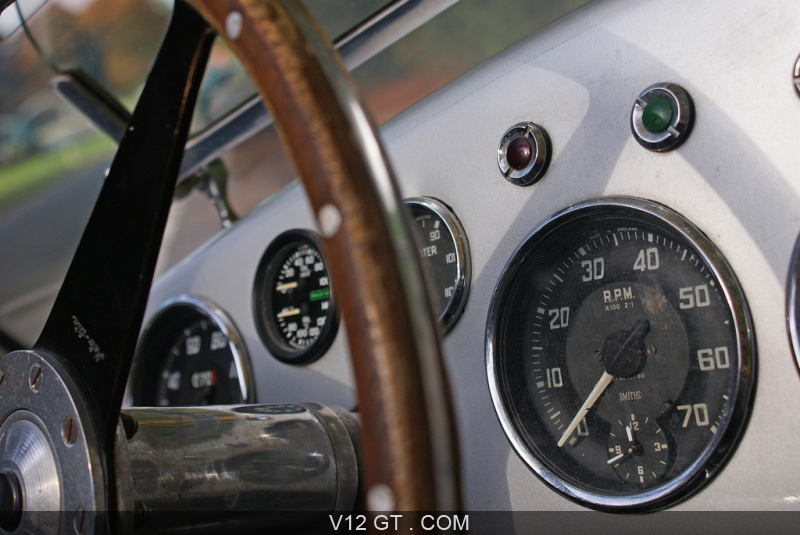 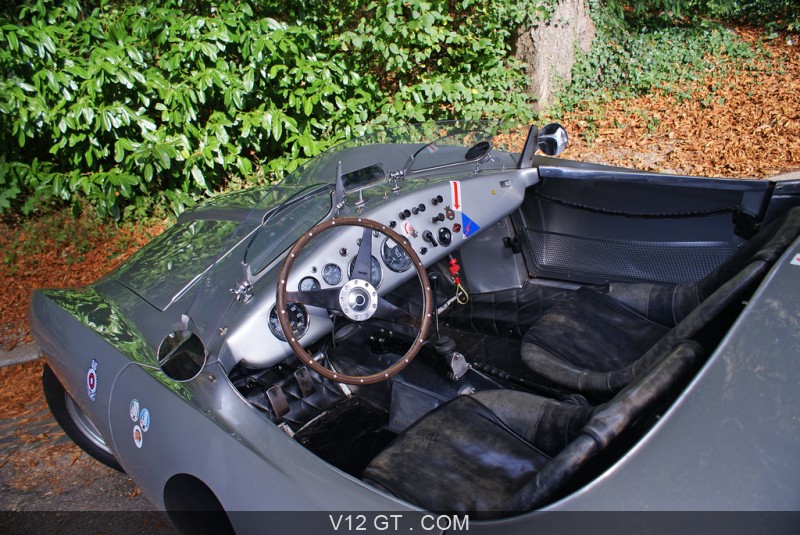 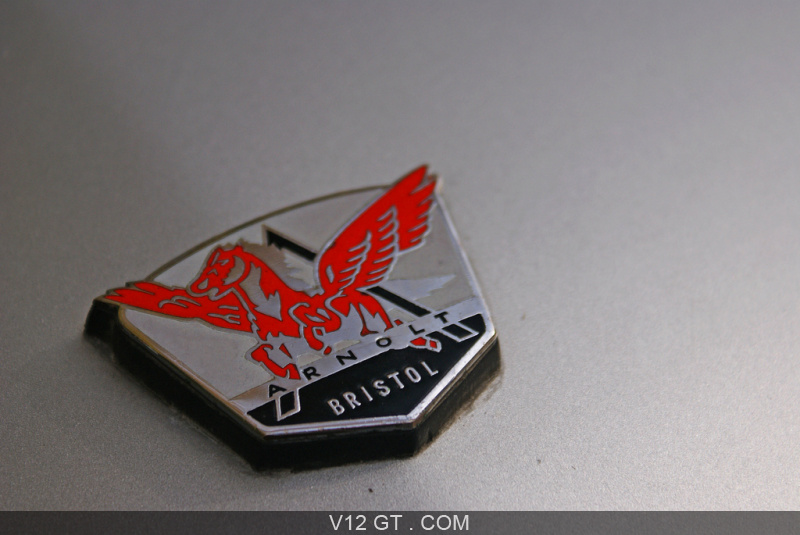 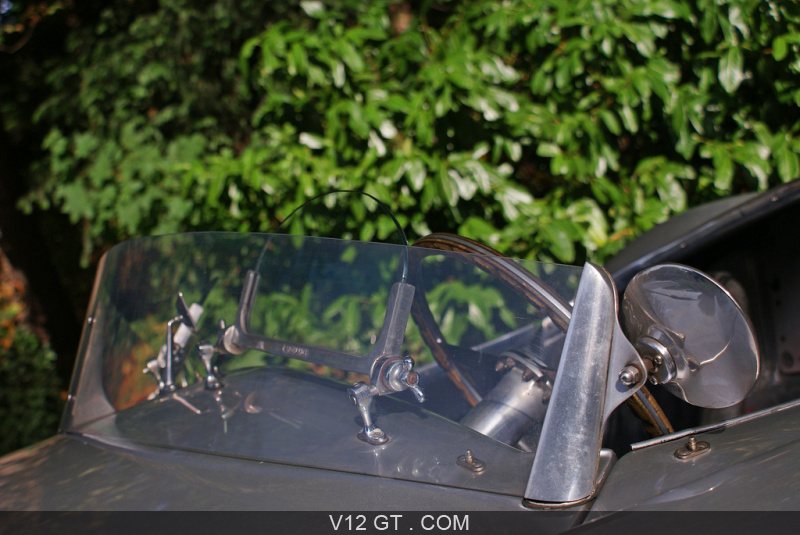 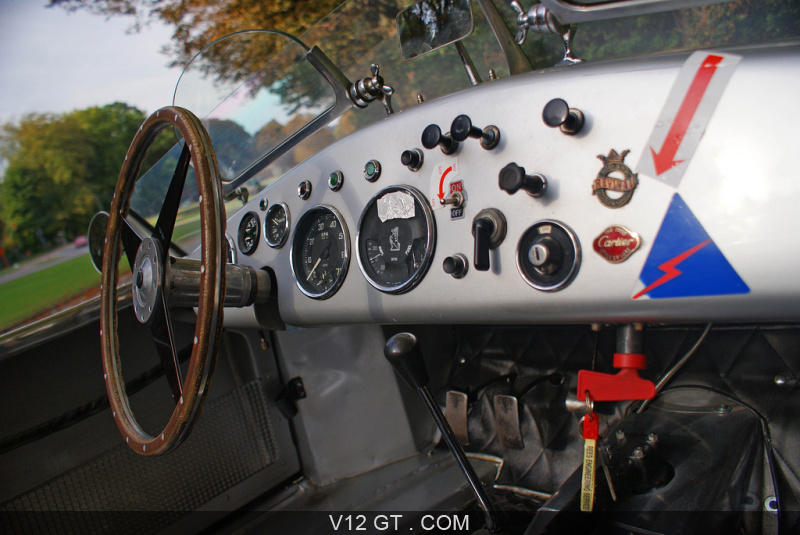