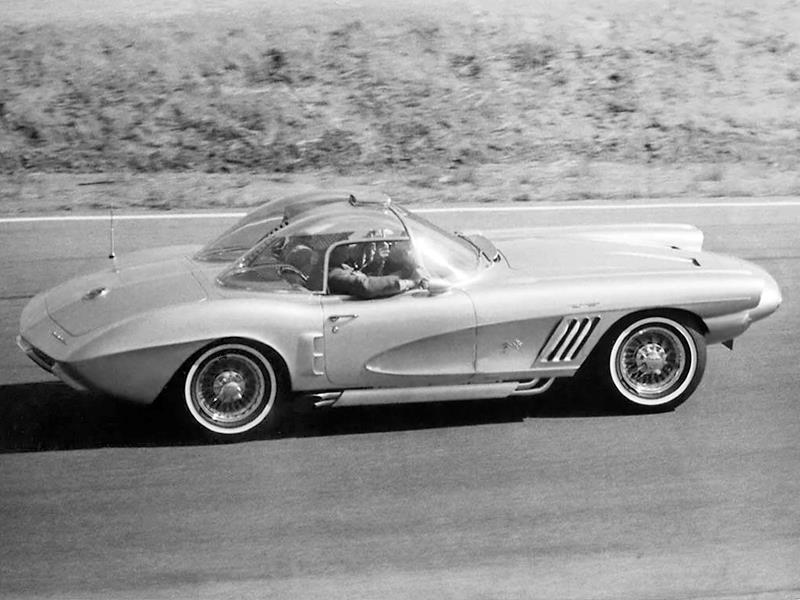 The extremely exotic looking Corvette XP-700 was designed and constructed under the very personal attention of Bill Mitchell in 1958 for use as his personal vehicle before it was redesigned and put on public display the following year. William (Bill) Mitchell was the head of GM styling whom began this car with a 1958 stock Corvette. The XP-700 utilized many regular Corvette components like the frame, engine and chassis parts. Sleek with a ‘grand prix' design and look the fiberglass body of the XP-700 was extensively redesigned. Some of the ‘grand prix' designs were long, low front overhand, exposed front area, wire wheels with racing hubs and large air scoops. 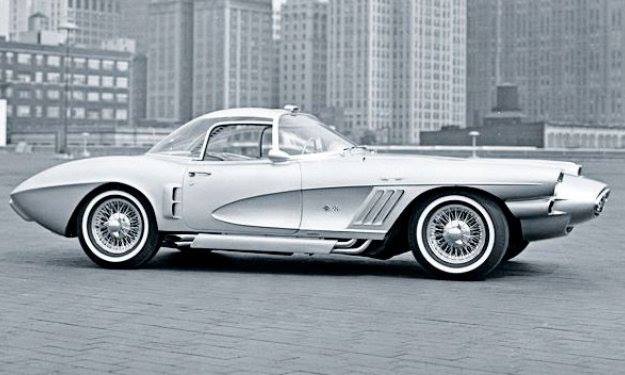 A one-off, two-door, two-seater sports canopy coupe XP-700 was originally intended by GM to be a concept, but actually became a prototype that utilized components from available Corvettes available at the time. It was modified with very subtle embellishments to the body style. The XP-700 incorporated a Grand Prix-inspired body over a conventional chassis. Officially, the Chevrolet Corvette XP-700 was debuted officially to the public in 1960. 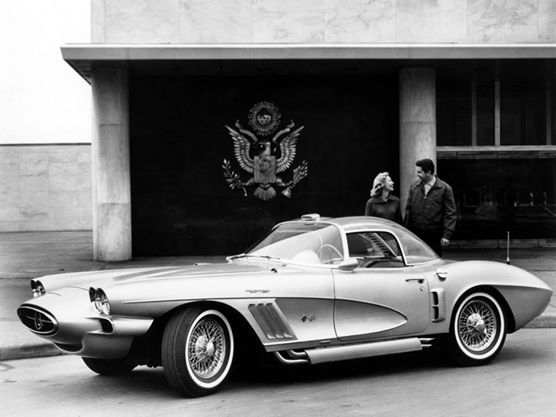 Enthusiasts fell in love with the bubble-shaped laminated plastic canopy that was coated with vaporized aluminum; which aided in blocking the sun's rays. Enhancing circulation in the passenger area was a metal strut in the center of the canopy featured louvered vents. Very innovative or ‘exotic' features on the XP-700 concept were an overhead mirror that was mounted above the windshield with a viewing porthole in the roof structure. The Chevy XP-700 was powered with a Chevy 283 CI 230 Horsepower V8 engine with a manual 4-speed transmission. The motor was mounted under a conventional hood that swung forward and the XP-700 was a front engine, rear wheel drive vehicle. Power in the XP-700 came from a conventional Chevy 283 in³ small-block engine that was fitted with steel heads, factory manifolds and naturally aspirated through a single, four barrel carb. At 4800 rpm the total output was 230 bhp. Meanwhile the gearing was controlled through a 4-speed manual transmission. 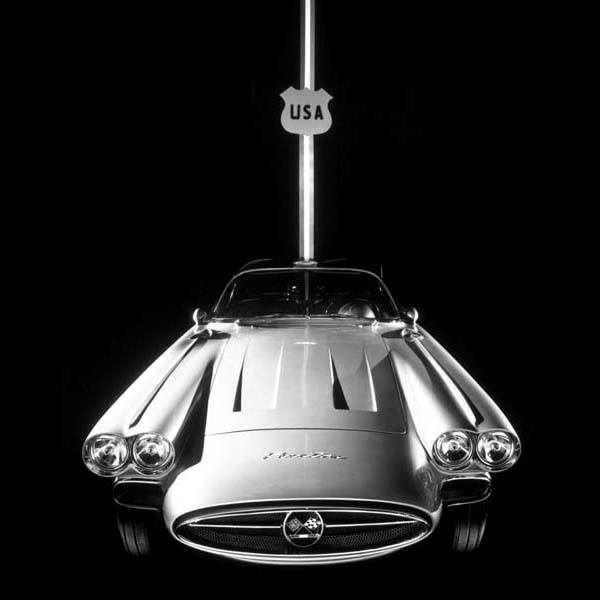 The sculpted deck rear end styling of the concept is credited with styling that influenced the second generation of Corvette models. For the initial year of its life the XP-700 was painted red and became Mitchell's personal ride. For 1959 the concept was updated and given a longer and smaller oval grille. The XP-700 was repainted metallic silver and was elevated to ‘show car' status. Other innovative features included Dayton wire wheels, Lucas 'Flame Thrower' headlamps, forward slanting vertical louvers at the front of the scoops on the body side covers, integrated front brake cooling ducts below the headlights, rear brake cooling ducts, twin outlet side exhaust pipes, ribbed mufflers and a special hood.

According to GM designer's son, Mark Jordan, the main reason the XP-700 concept disappeared was because the XP-700's chassis was used in the design of the XP-755. The chassis was also re-used for building its successor, the 1961 Mako Shark. In February of 2002 the XP-700 was featured in Motor Trend Magazine. 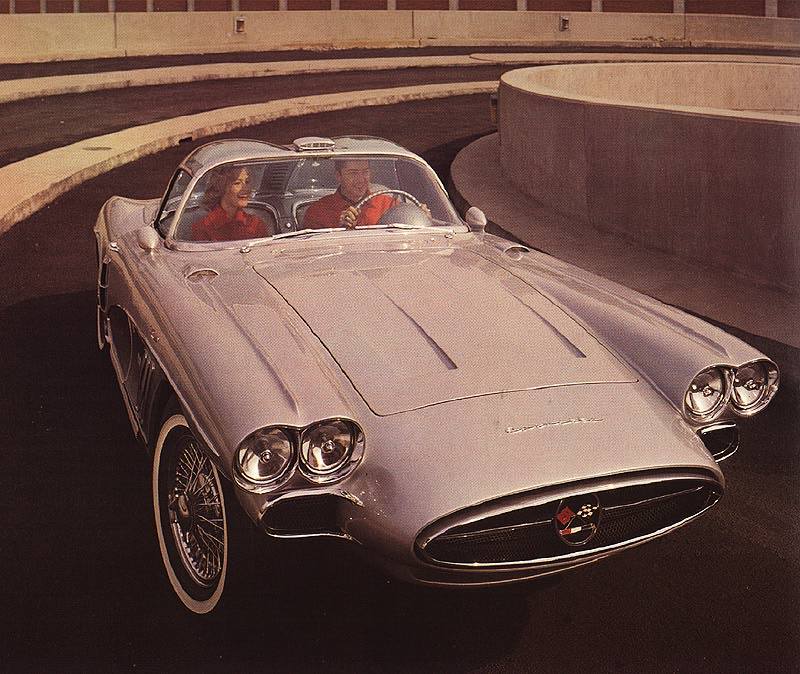 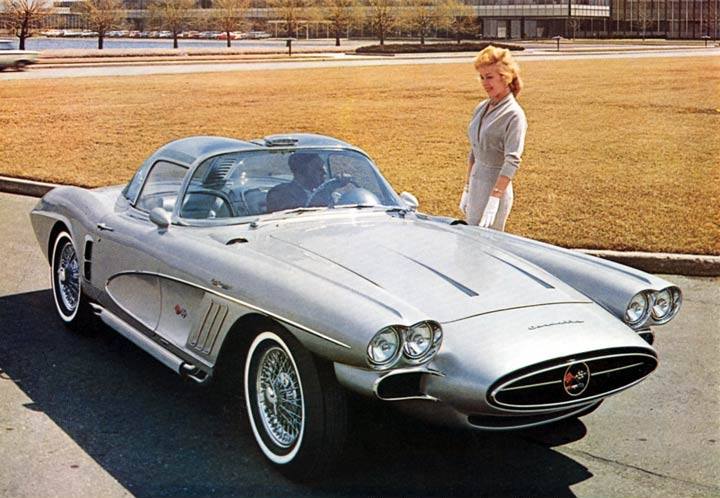 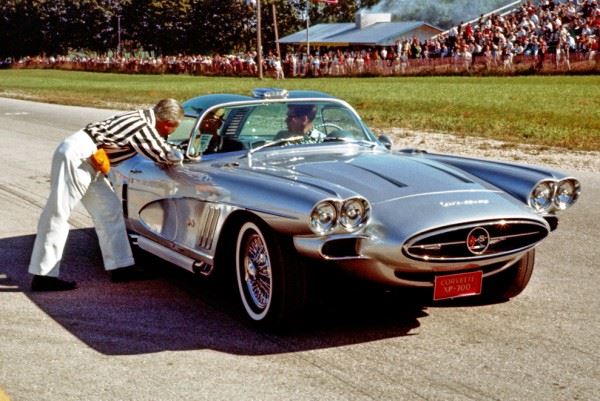 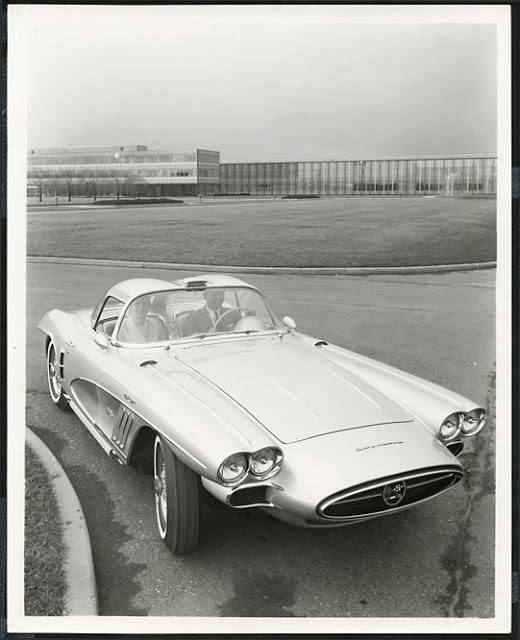 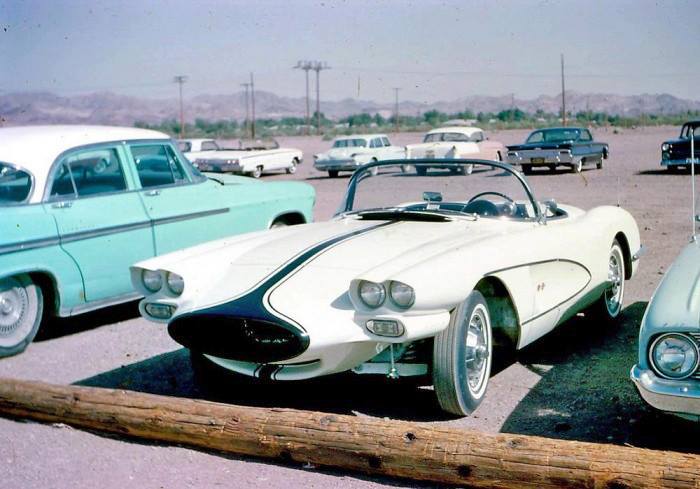 Here is another shot that says Las Vegas 1962. 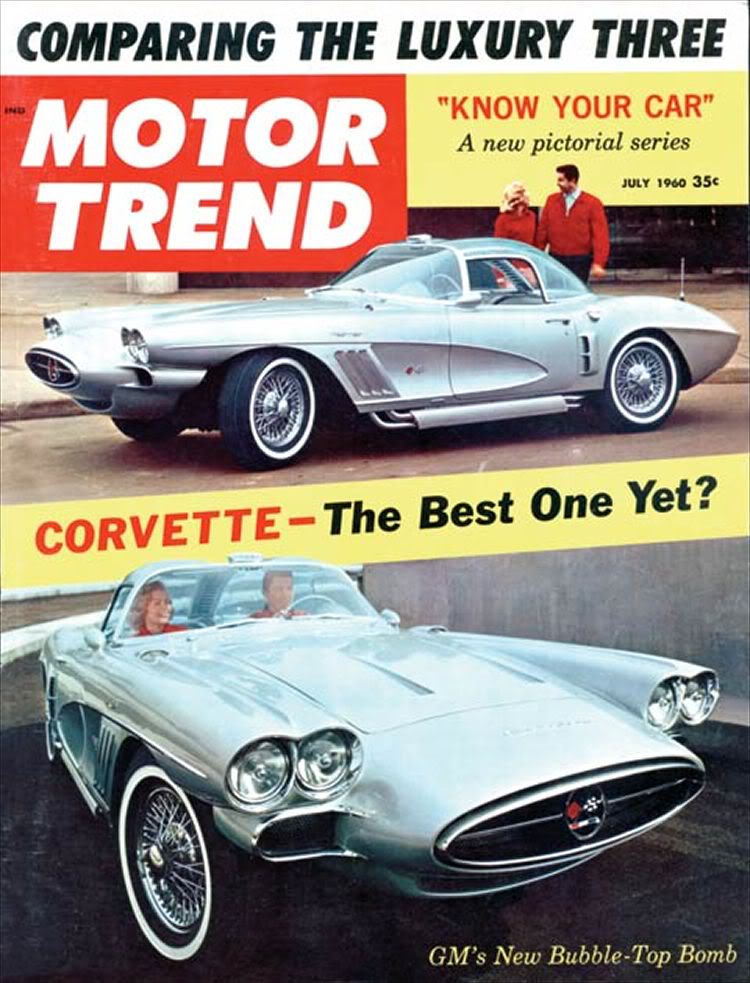 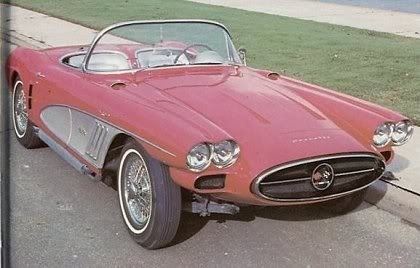 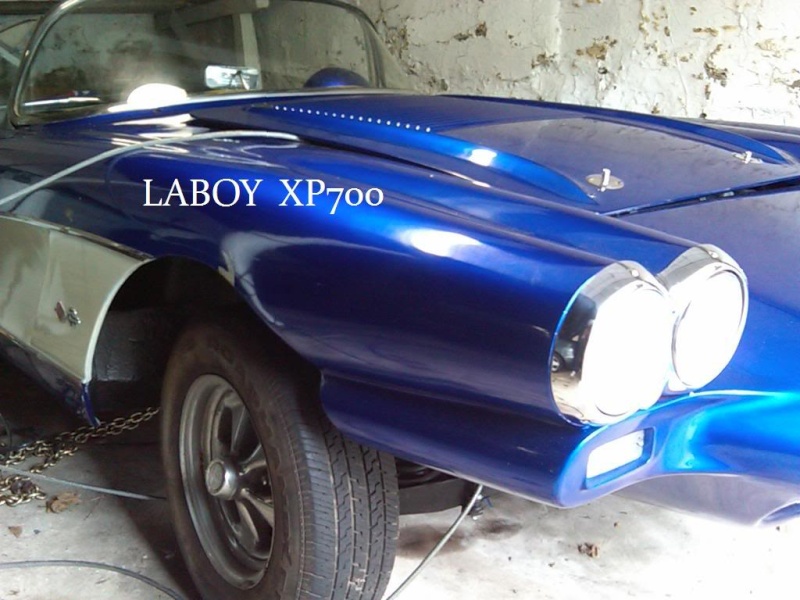 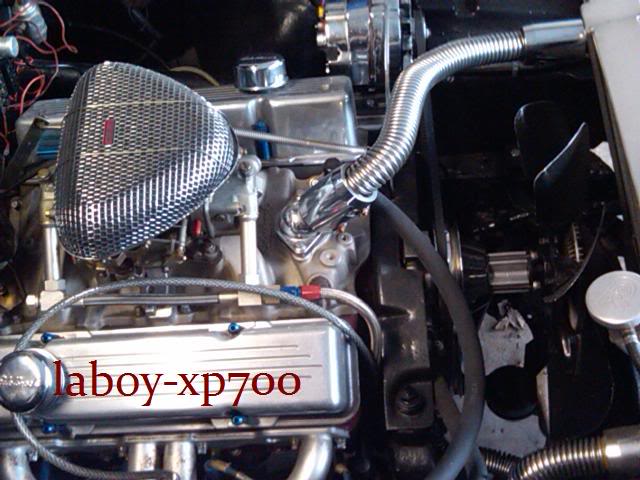 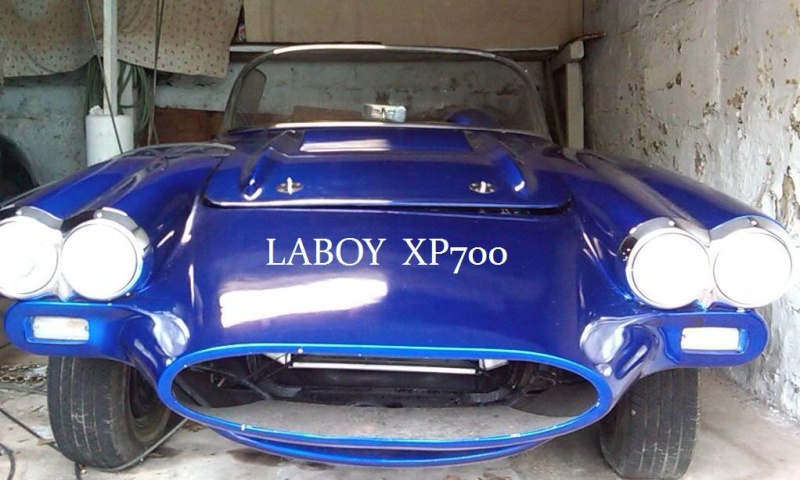 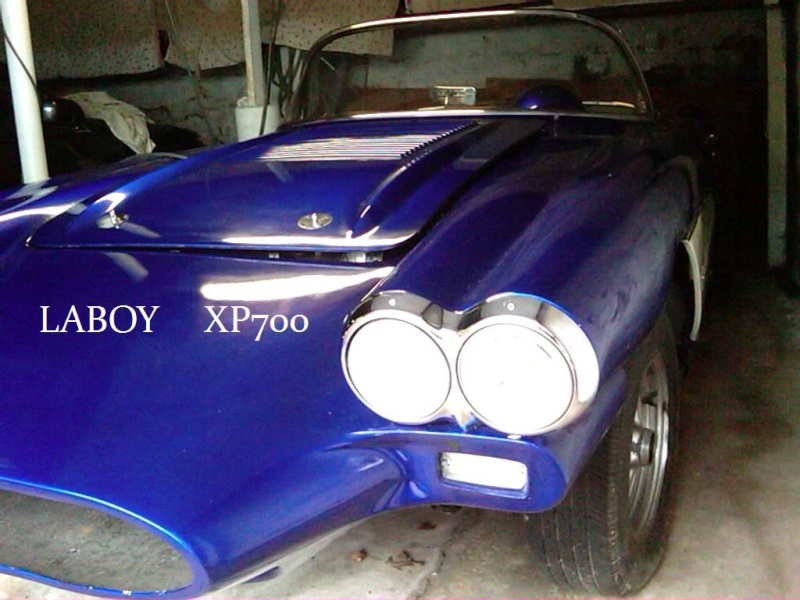 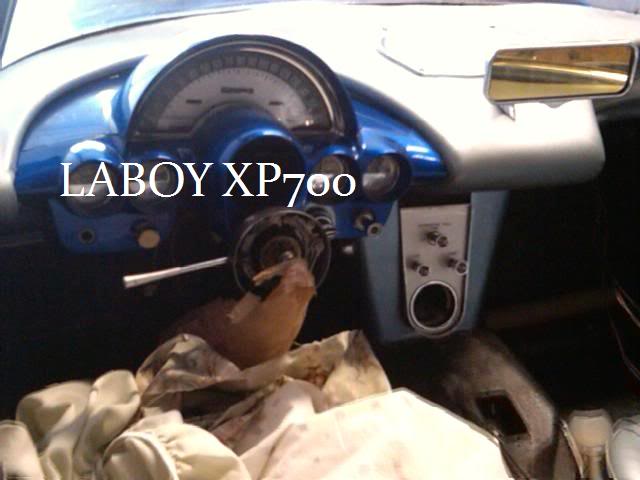 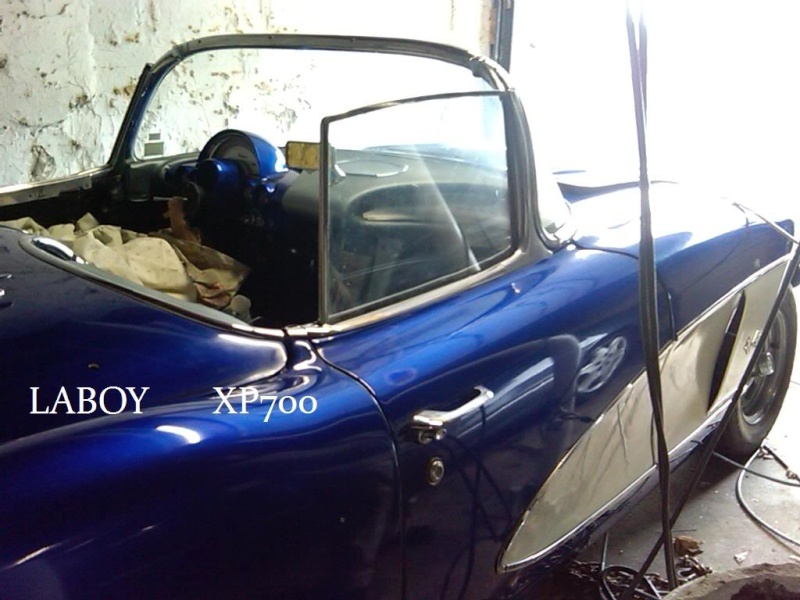 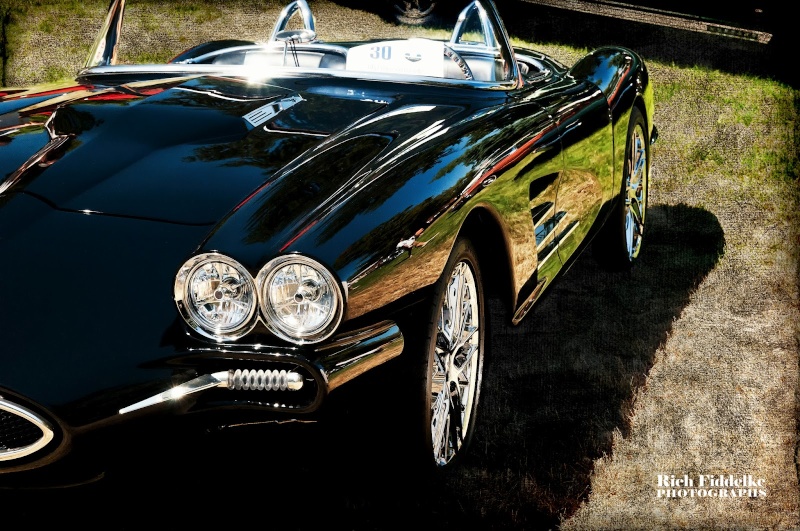 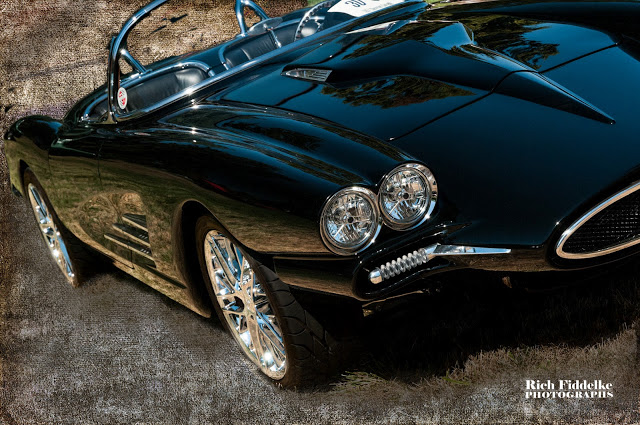 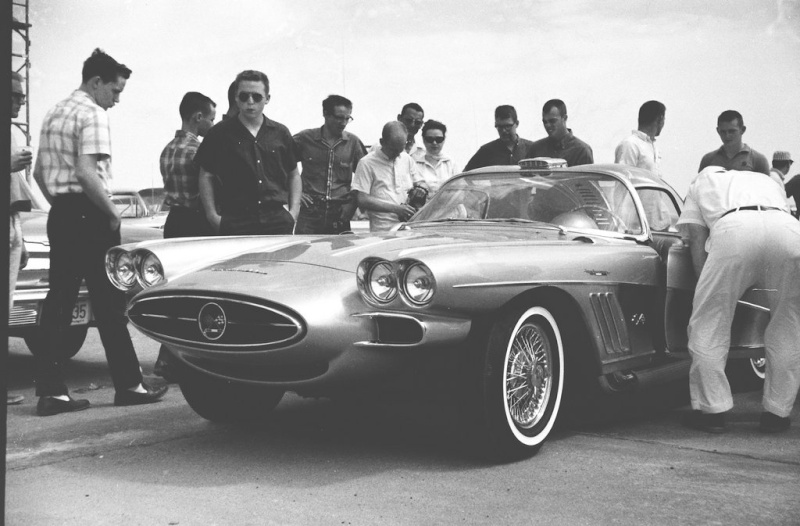 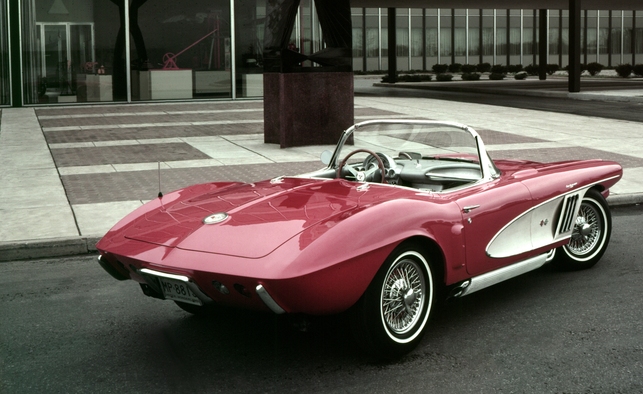 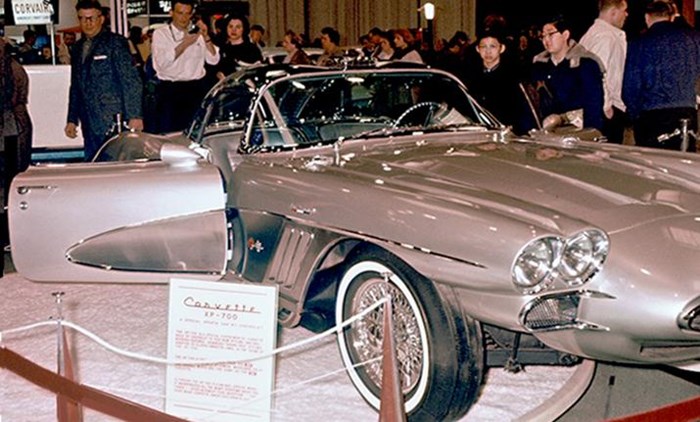