Concept Car-  1952 Volvo Philip
This is a rather surprisingly ambitious effort for Volvo to undertake in 1952. The Philip was clearly intended for American consumption, as a largish 3.6 liter V8 powered sedan wouldn’t have gone over well at home or in Europe in 1952. That its styling was a pretty blatant rip-off of the 1951 Kaiser is indisputable, right down to the dip in the windshield (but without the center divider). But even more modern, in several respects; almost makes the Kaiser look old. Wonder how “Dutch” Darrin would have felt about that? Maybe Kaiser would have wanted to buy the V8 from Volvo, though, since they were in bad need of one.  Or just buy the blue prints instead of developing of their ill-fated and ugly Henry J. 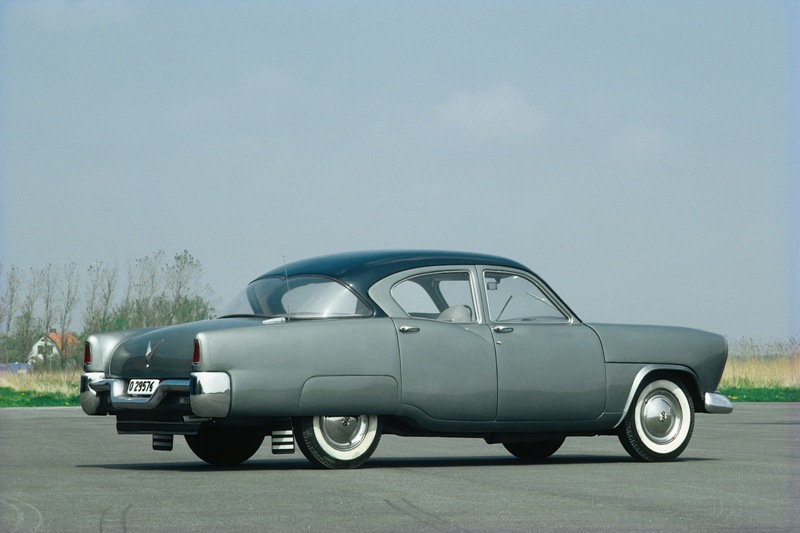 This was obviously not just something to show at the auto show with a non-functional engine, like some of GM’s Motorama cars of the time.  The 3559 cc V8 was actually put into production, to power Volvo’s Snabbe truck, which made it a bit of a hot rod for the times, as well as a gas hog. 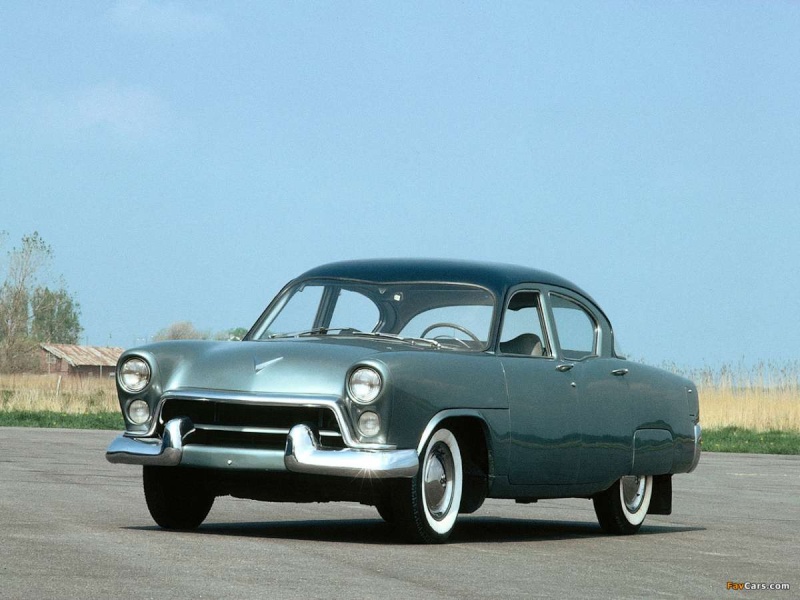 Volvo designer Jan Wilsgaard styled it, who also designed the 122 “Amazon”. FWIW, wikipedia has a line about the Amazon’s styling, saying that Wilsgaard was inspired by a Kaiser he saw in Gothenburg’s harbor. That never made any sense to me, since the Amazon looks much more like a 1955 Chrysler. Obviously, this is the car that must have been the result of that encounter.

I’m trying hard to imagine how this might have gone over if Volvo had gone ahead with the Philip. I guess they did too, and they probably made the right call. Still…