The Electra was restyled several times, and not always successfully. While featured in its initial iterations (check out the bibliography below), the car gained fame and notoriety after it emerged by Darryl Starbird's shop. Starbird was big into bubble tops, having pioneered the same on custom cars when he built his Predicta.

In the future, we'll take a look at the pre-Electra version of this car, one of which was truly ugly! 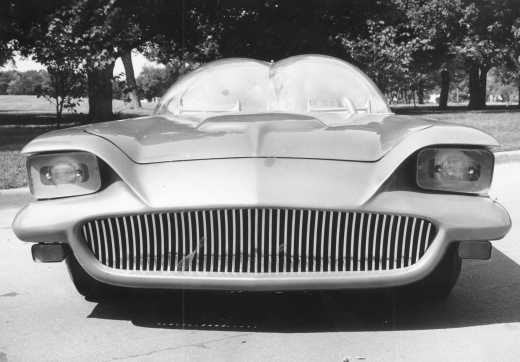 Darryl created the third version of this car by molding the bumpers front and rear, and crafting another of the bubble tops for which he was so famous. Starbird photo, Mark S. Gustavson photo archives. 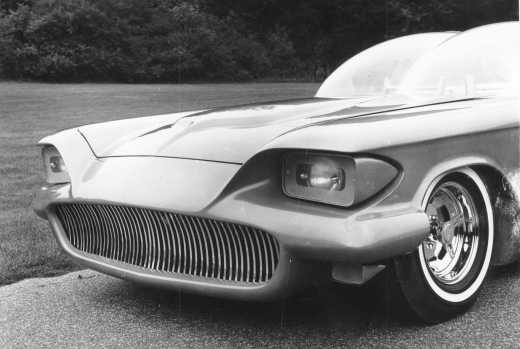 The work on the front end was extensive. The factory front bumper was trimmed in the original turn light area and then molded to the body (remember, this is a unibody car!), the headlight eyebrows were extended forwarded and then rolled down to meet the front grille area, special headlight pods were fashioned (concealing round sealed beam highlights), and the factory hood scoop was paneled over. Starbird photo, Mark S. Gustavson photo archives. 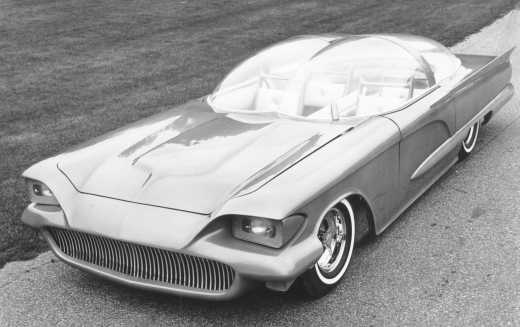 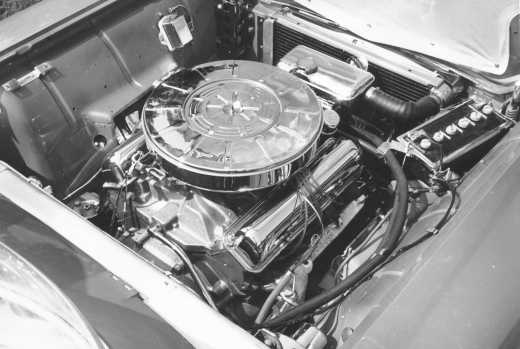 The engine compartment was ignored. The 352-big block was pulled and painted, and a truck load of parts ended up at the platers. Note the underhood upholstery pad. Starbird photo, Mark S. Gustavson photo archives. 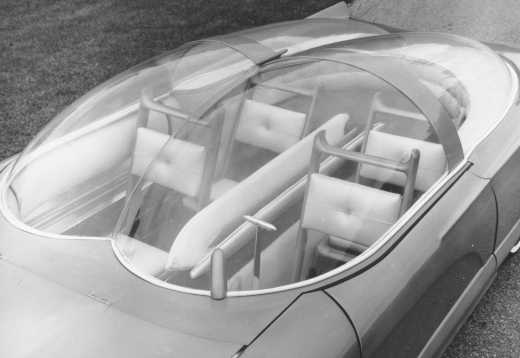 The interior was as dramatic and the bodywork. Note the four articulated seats (metal frame work painted the same light pearl/candy blue as the exterior), the high-mounted center console, the tiller steering, and the bank over the top to conceal the "opening break" line. Of interest is the metal surround that sweeps around both sides of the bubble and concludes with the movable cowl piece. Heavy duty door hinges were used to support the weight of the roof and the surround. Starbird photo, Mark S. Gustavson photo archives. 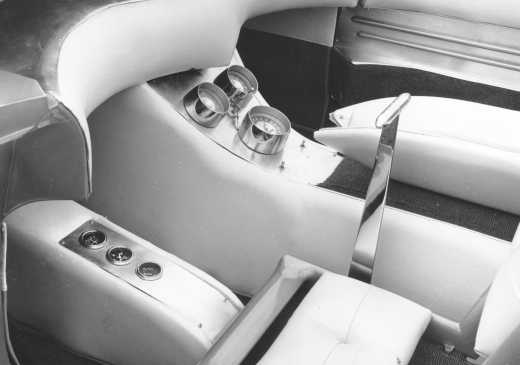 A closer look at the interior shows the placement of the instrument, the console between the legs of the driver. The center console anticipates the console used in Ford's new "Forty Nine" concept car. Starbird photo, Mark S. Gustavson photo archives. 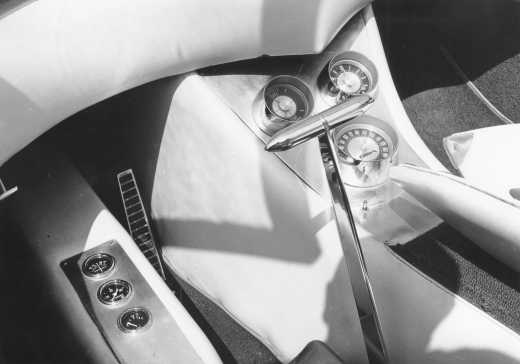 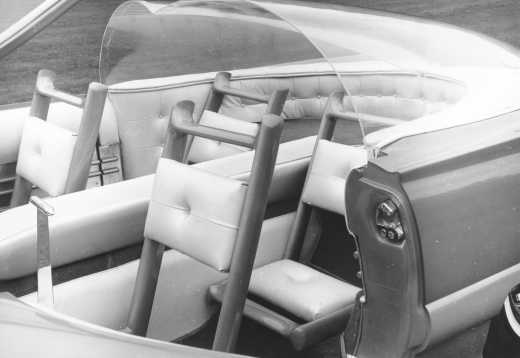 Yet another view of the interior, looking rearward, shows that the factory door jamb was preserved, though the body was heavily modified in the rear to accommodate the half-round upholstery panel behind the rear seats. The inset shape on the trunk has been paneled over. Starbird photo, Mark S. Gustavson photo archives. 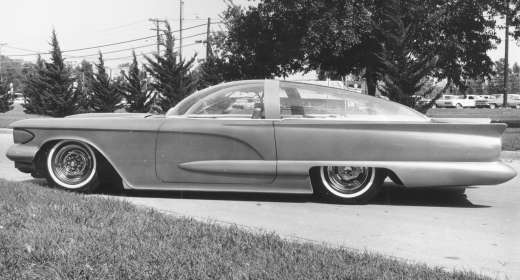 The basic architecture of the body (other than the roof, of course) is essentially factory in configuration. Darryl like using headlight pods from Thirties' cars to form panel ends, and he did so here when he discarded the rear bumper. The fins have also been modestly extended. Starbird photo, Mark S. Gustavson photo archives. 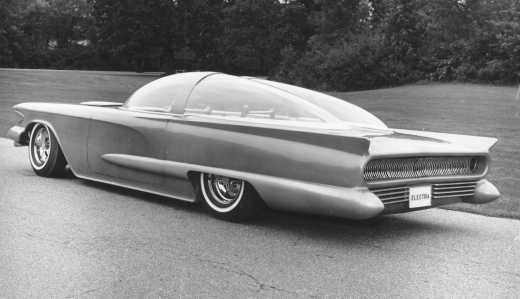 From the rear, the rear taillight grille area is the same as the front grille. Oddly, though, the grille between the left and right bumper ends is horizontal, creating a bit of esthetic dissonance. Starbird photo, Mark S. Gustavson photo archives. 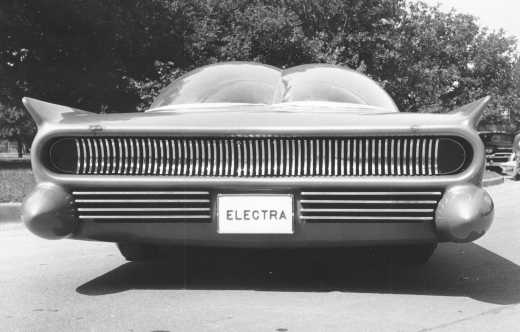 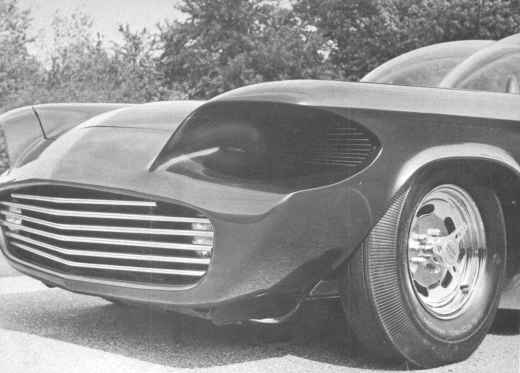 After the Starbird era, the owner took the car to Dave Sculley in Chicago for yet another restyling. The bubble top was retained, but much additional work was undertaken as well as a name change to X-Cel. First, the front grille was cleaned up by widening the grille opening, and deleting the turn light and headlight pods. In fact, the headlights were further recessed into the body, and placed behind a thin-ribbed panel. Note, also, that the hood scoop was entirely removed. While the horizontal grille was an improvement, the execution isn't all that it might have been. 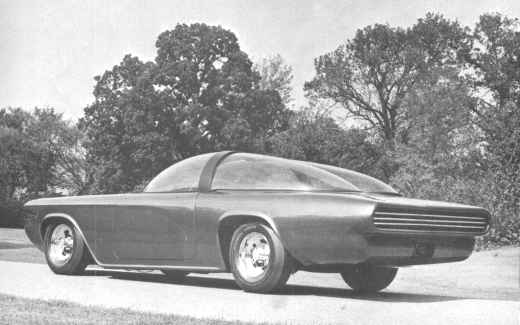 The back of the car was also restyled, but results were mixed. The opened up wheel wells were a major coup, but deleting the fins wasn't a great idea. The cleaned up rear grille area was an improvement. The slotted chrome wheels helped reform the image of the car. A change of color to a dark pearl burnt cinnamon color also helped to recast the car. 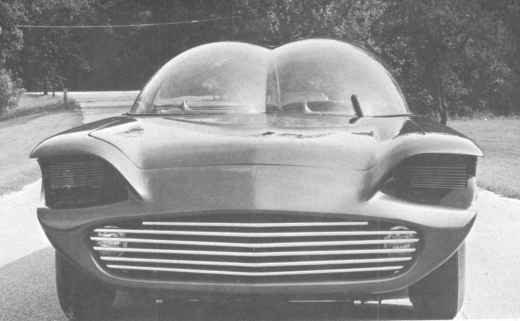 The front view of the car is pretty good. The trimmed front bumper and rolled front pan are major pluses for the car. Compare this to the first image above... 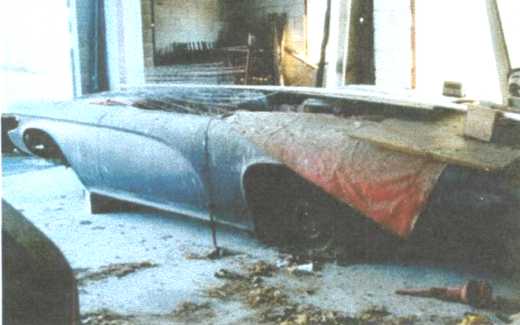 Subsequent to its restyling when the car was widely seen and enjoyed, the car ended up being featured in car wax advertisements following a change of color to candy red. After that, it fell into unappreciative hands and ended up in this condition. Often, custom cars that sink this far aren't saved from the crusher. Image courtesy of www.Jalopy Journal.com 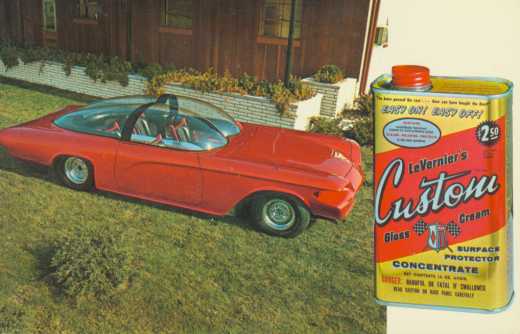 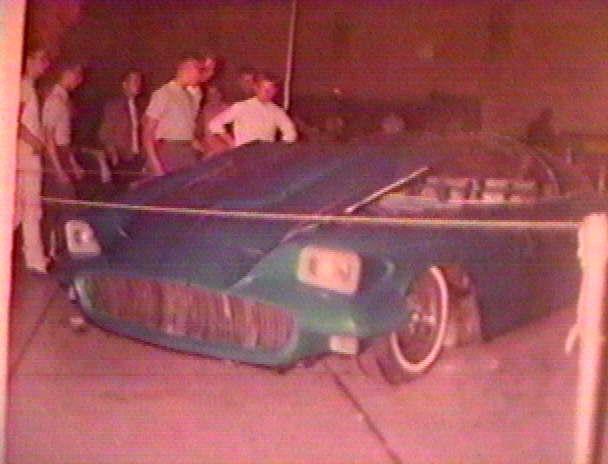 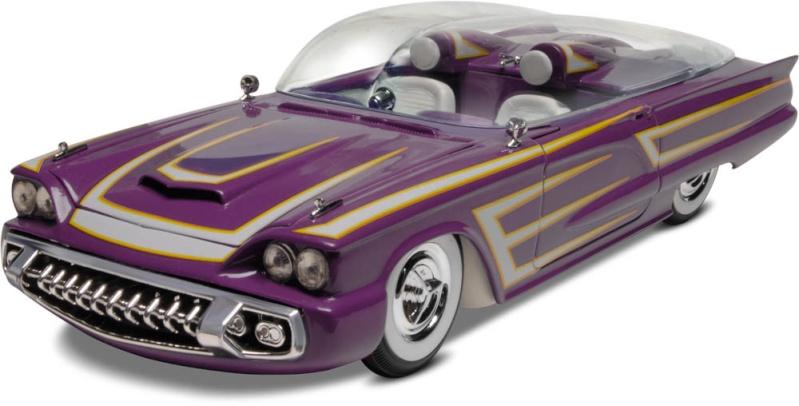 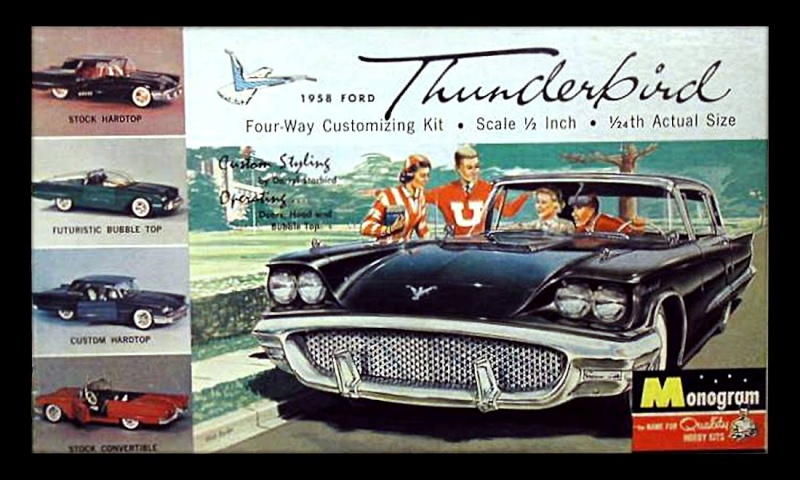 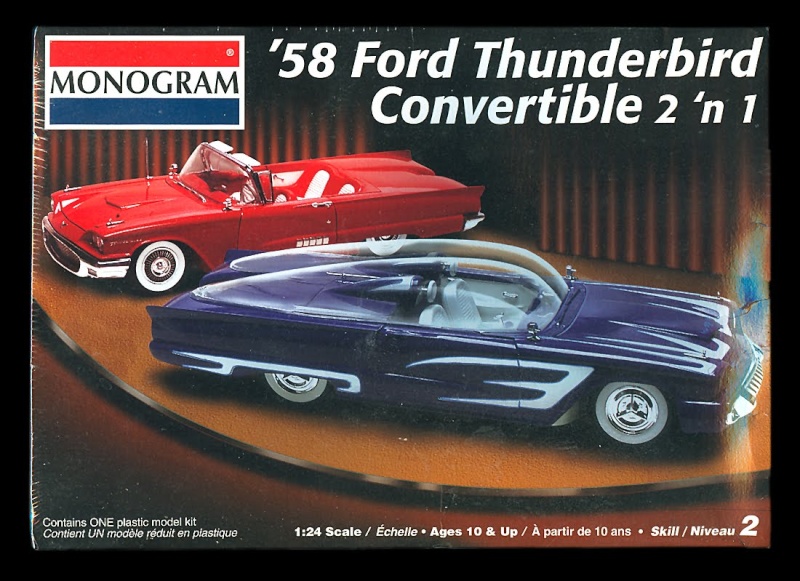 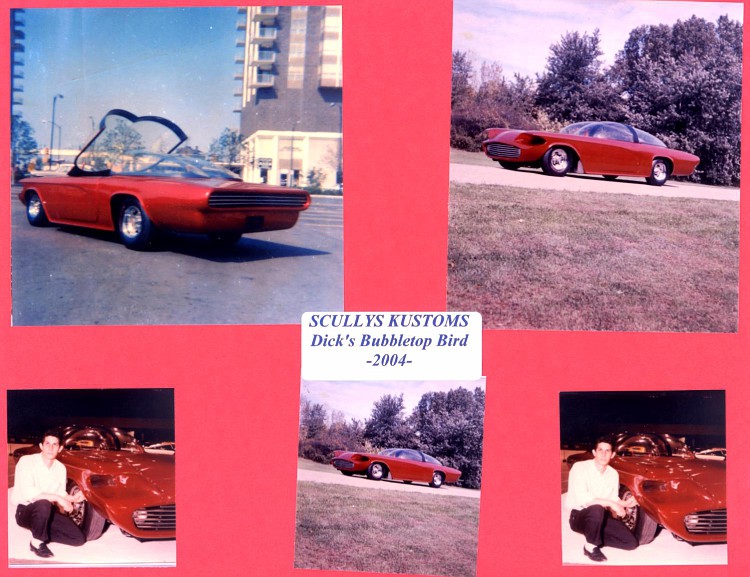 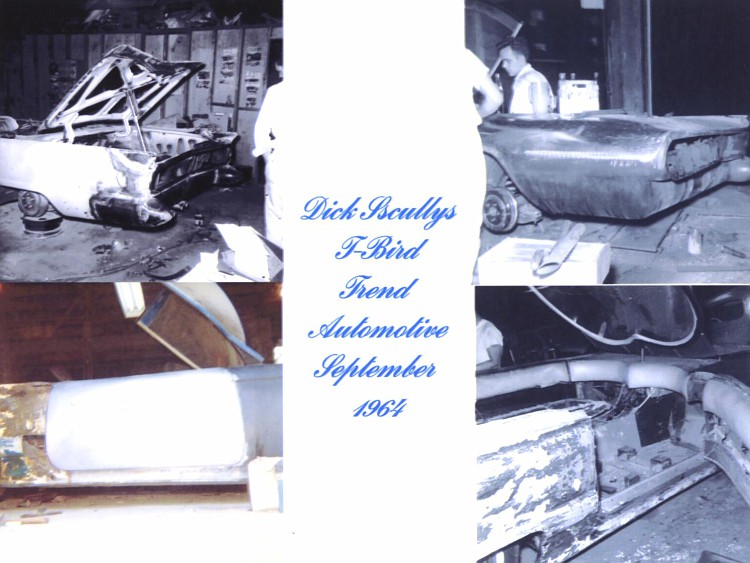 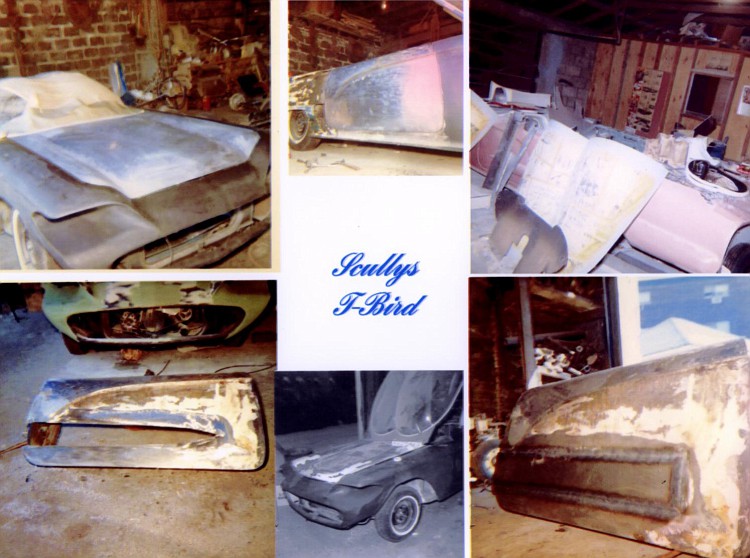 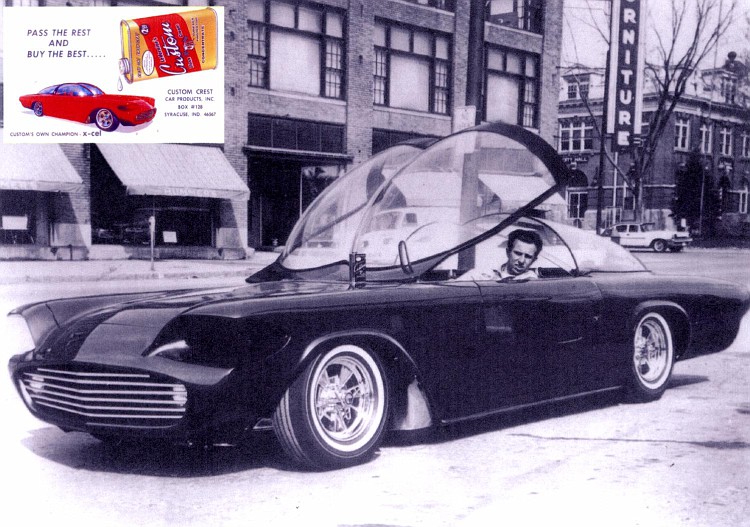 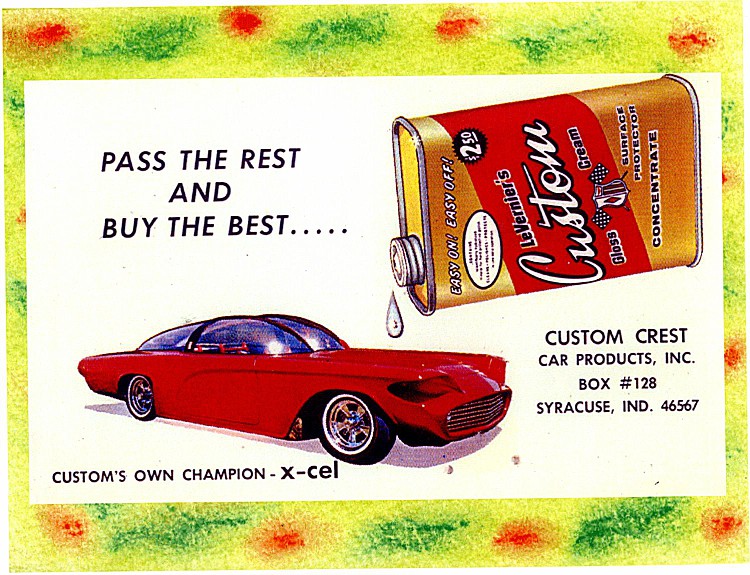 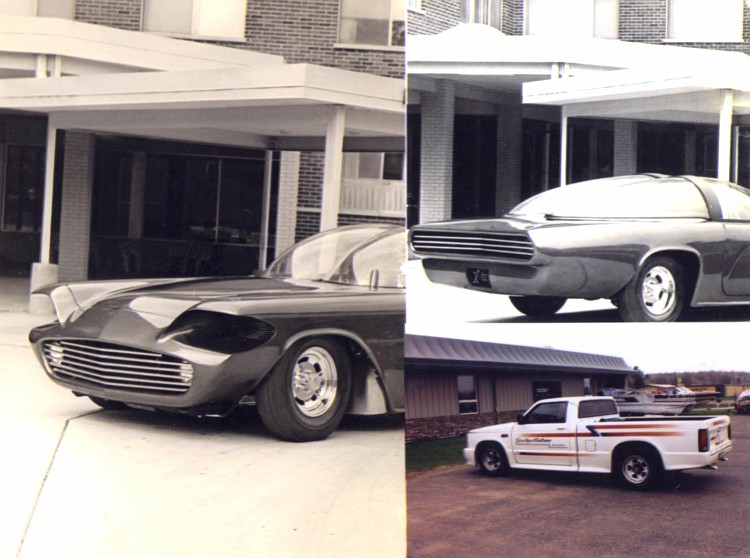 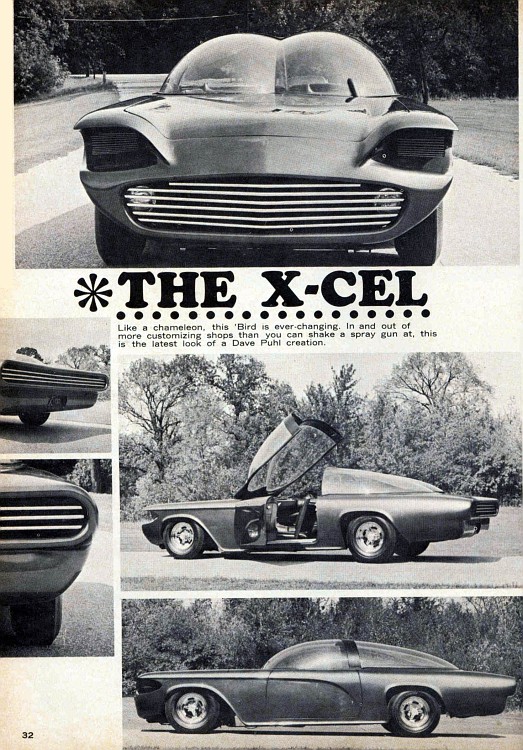 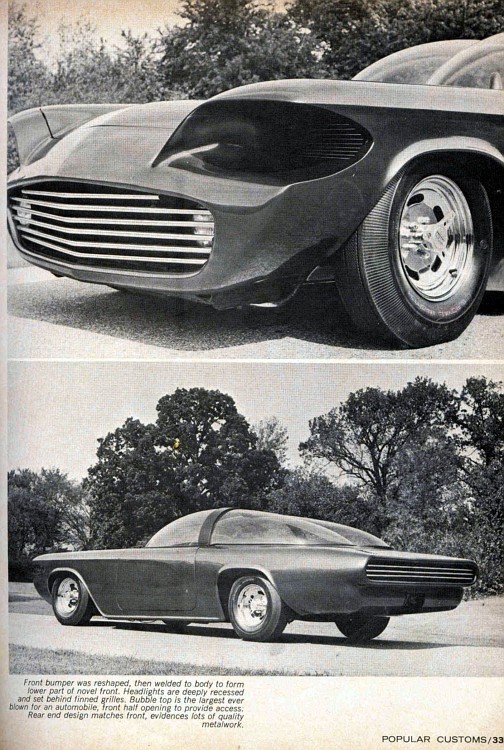 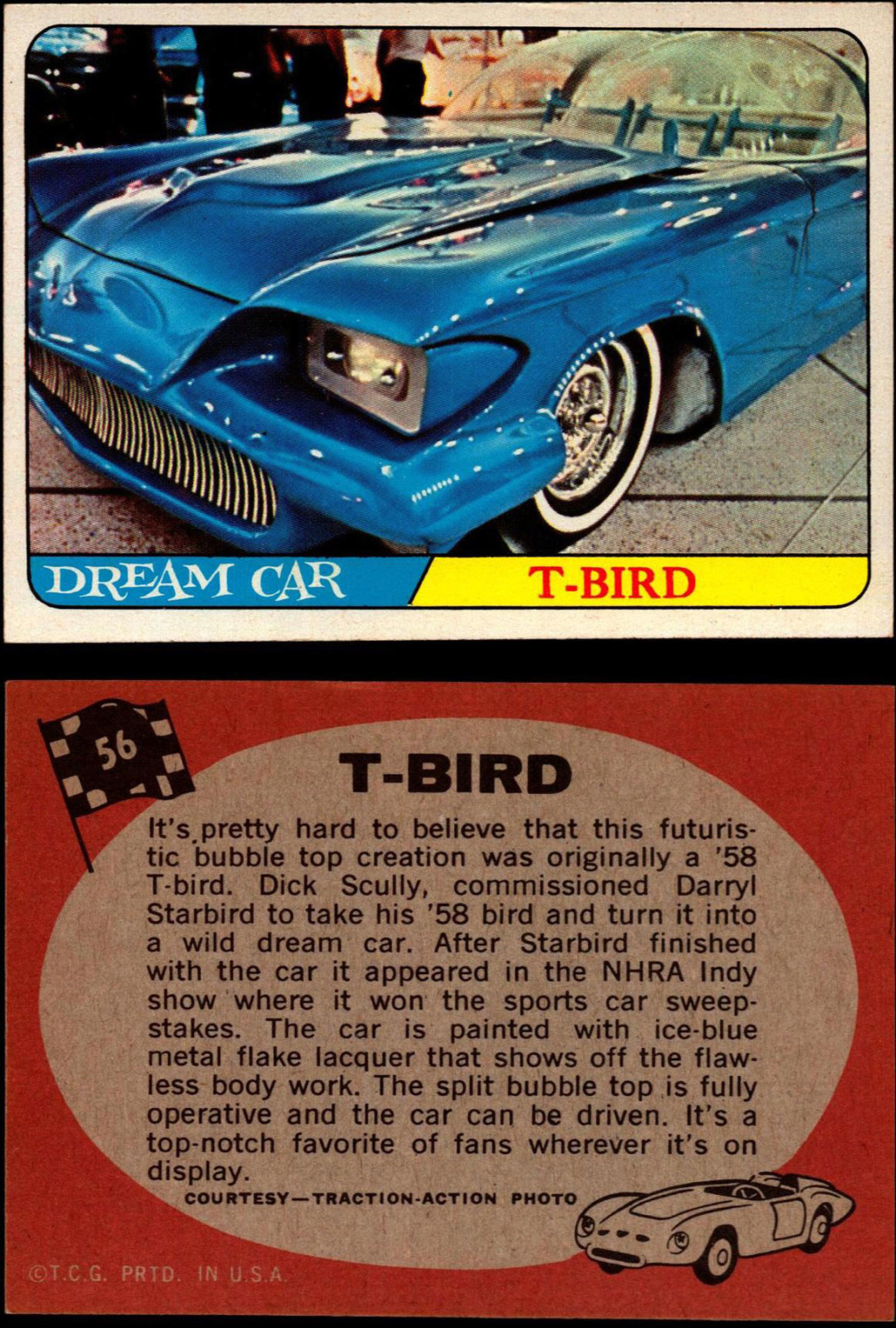 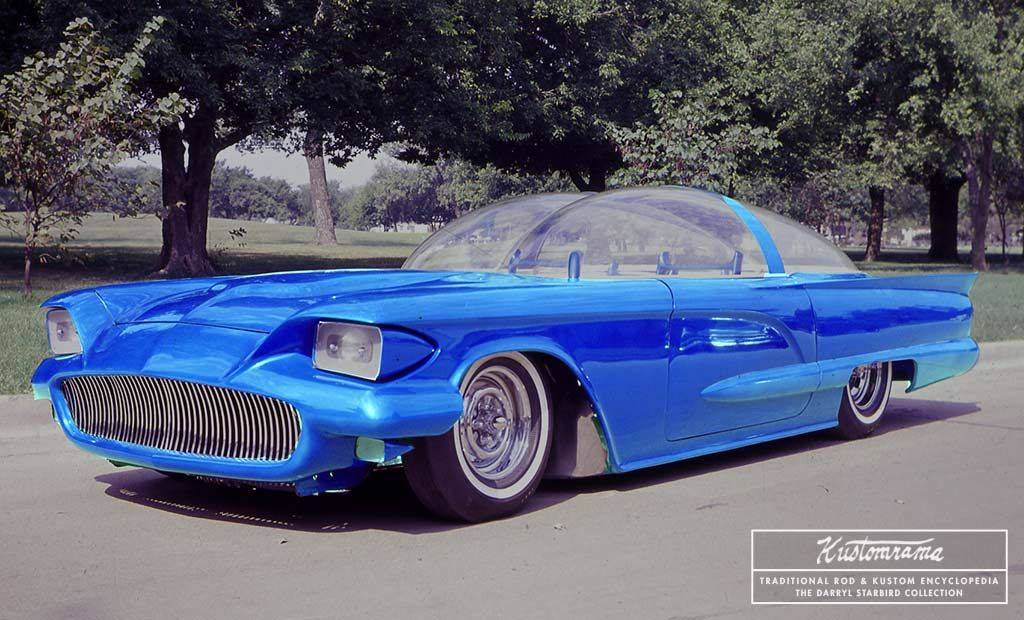