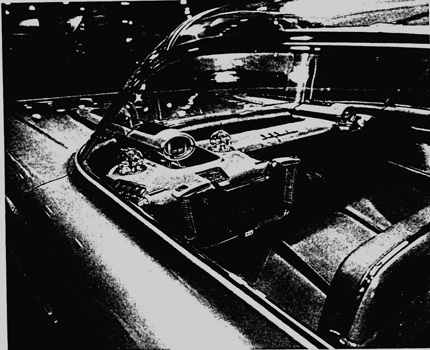 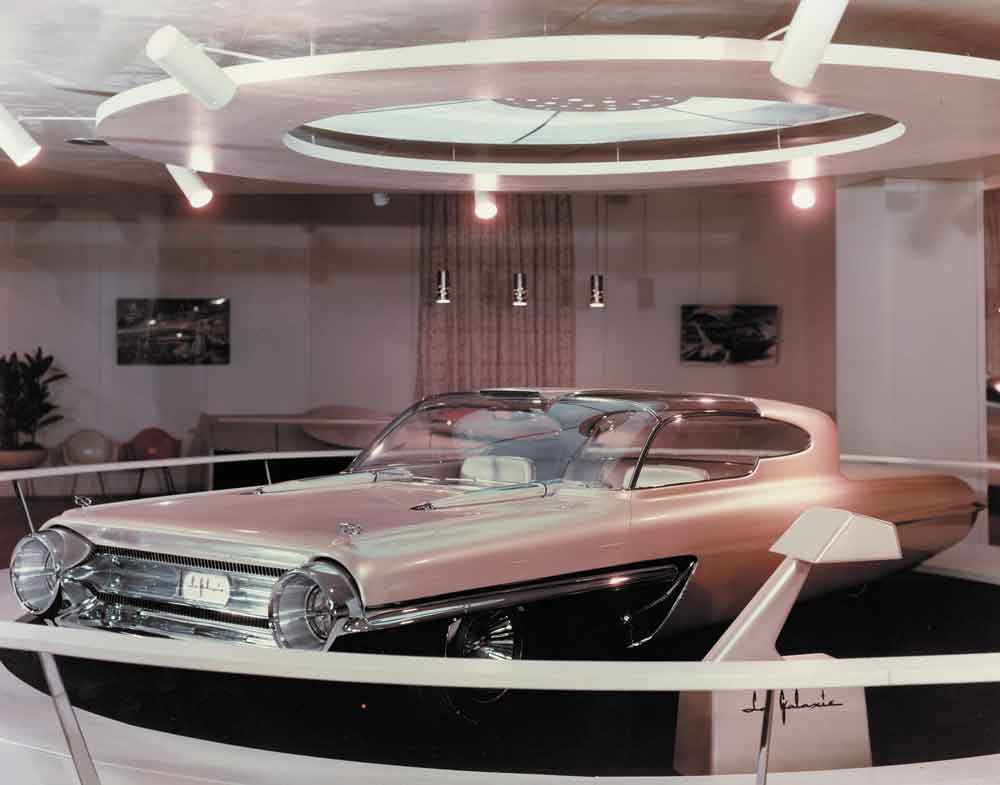 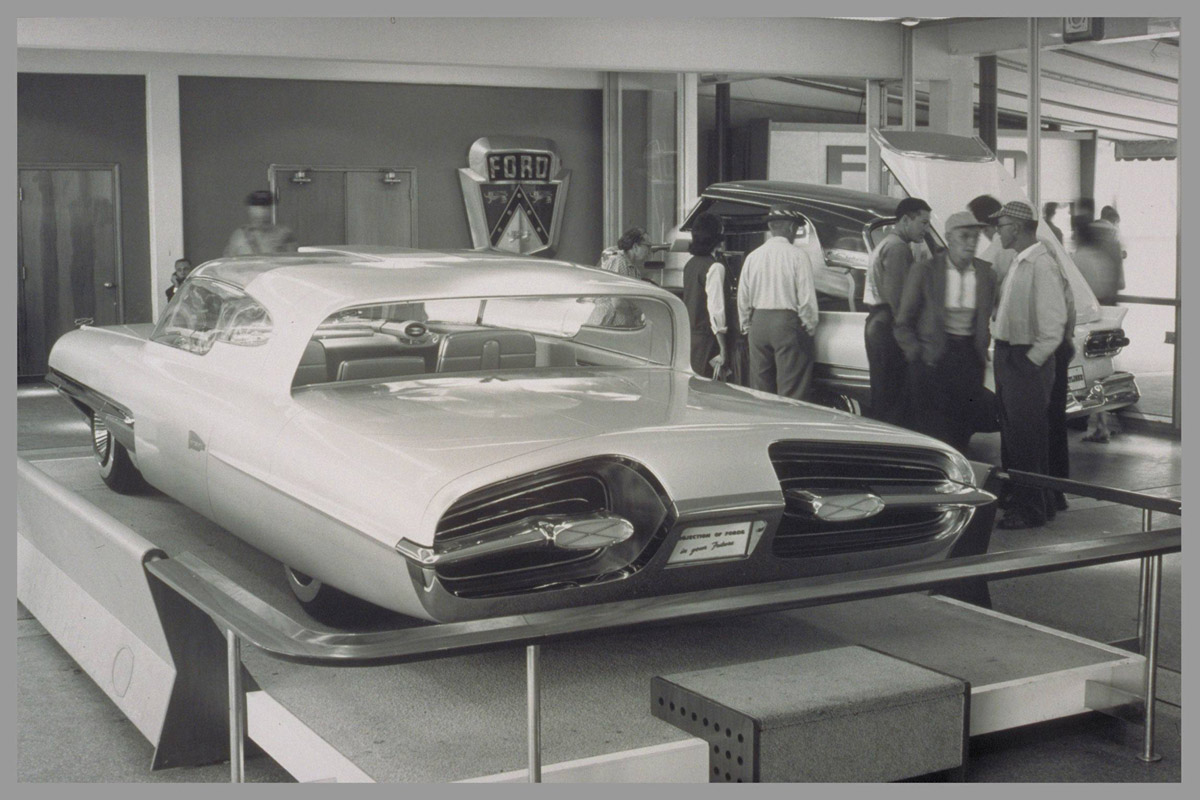 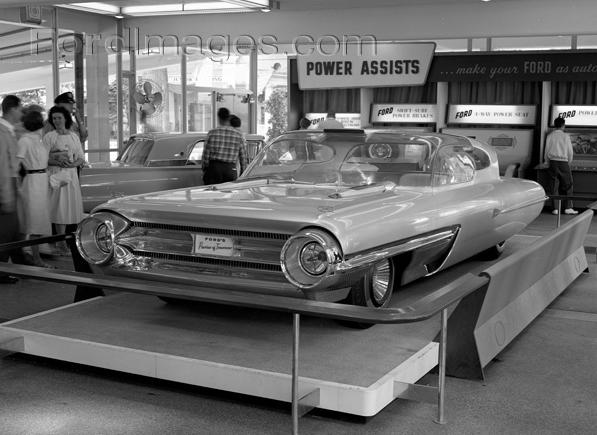 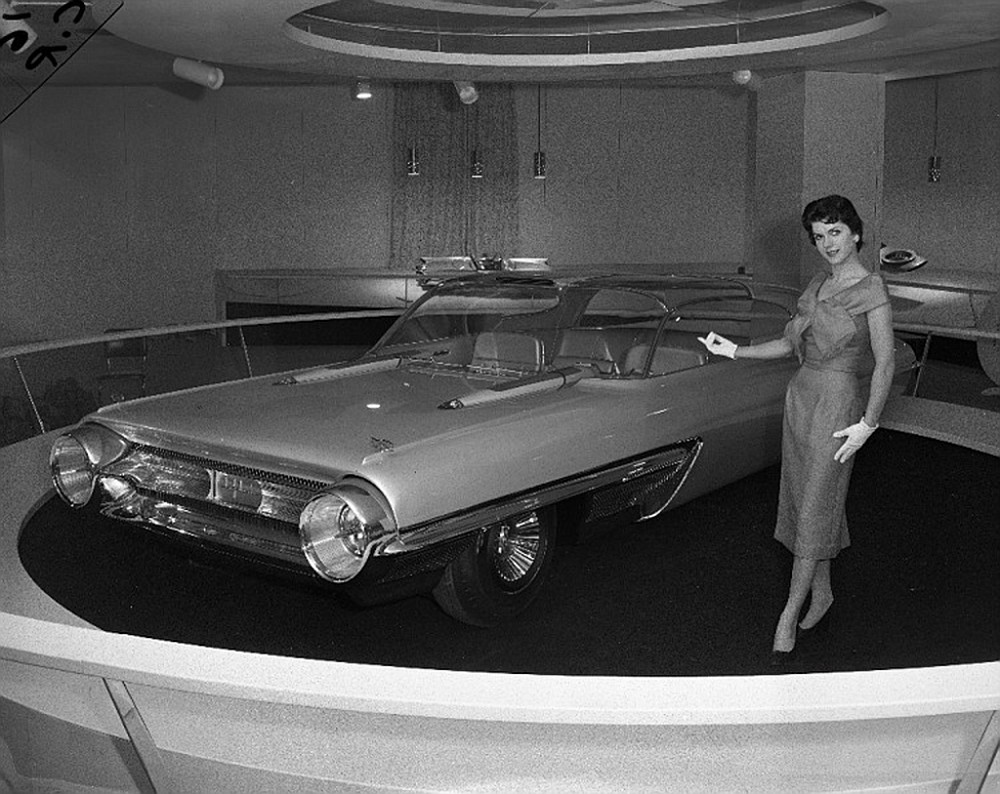 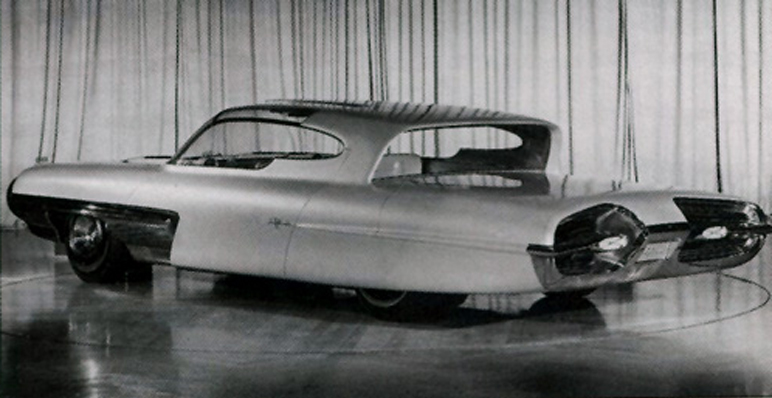 Ford La Galaxie, 1957 - Styled by Elwood Engel
Ford worked its way through many contorted schools of styling such as the Z-back roof (in the 1957 La Galaxie). It went on to become increasingly unhinged as it proposed a nuclear - powered dream car called the Nucleon in 1958, a gyroscopically controlled two-wheeled car called the Gyron in 1961, a three-wheeled flying car called the Volante the same - ear and a vast six - wheeler called the Seattle-ite in 1962.

It should not be surprising that, after that lot. Ford’s design team and the pubic had something of a dream-car hangover, and Dearborn’s output of show specials petered out in the 1960s

Proof that some dream car elements make it to production. In 1958 this rear window was already in production on the Continental, and in a few years that rear end would be on the Thunderbird. I don't know what this car is called, but my brain says the name ended in
_________________
We don't care the People Says , Rock 'n' roll is here to stay - Danny & the Juniors - 1958 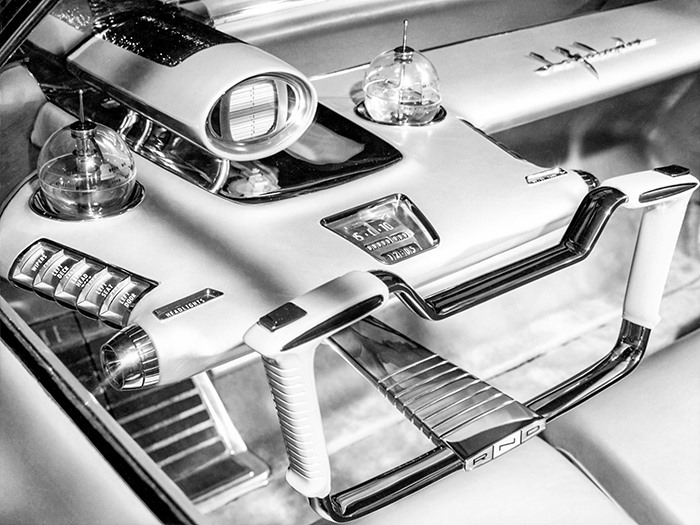