1948 Buick Roadmaster restyled by Dunshee's Body Shop for Jack Crabbs of Bettendorf, Iowa. The car was known as the "Black Flame", and Jack's intent was to build and market a low scale production custom car for wealthy people, like the Kurtis Cad and the Muntz of the same time. When he tried to obtain permission from GM he was told that no matter what he did the car was initially a Buick, and the permission was denied.[3] 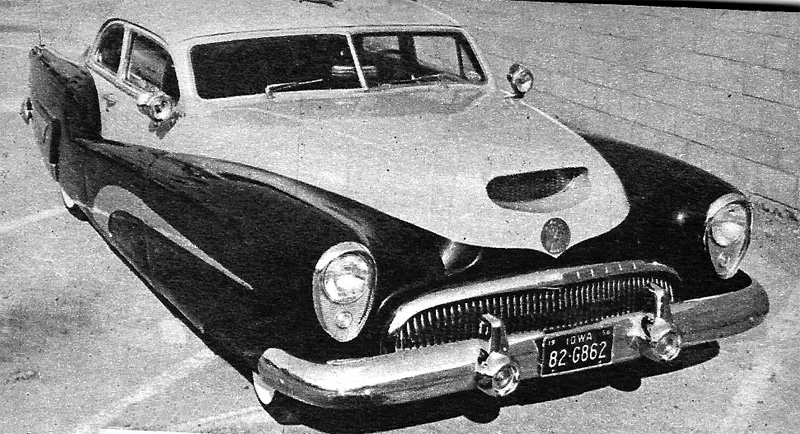 The build took 3 years to complete,[4] and most of the work was done by Eddie Bell and his helper Bill Gartenier. The four door Roadmaster was converted into a two door. Both front and rear wheels on the car were concealed. The body was sectioned four inches, channeled 3 inches and the top was chopped 4 inches. The top was widened 8 1/2 at the front and made removable. Front-end assembly of the car tilted forward for easy access to engine for servicing. The trunk compartment was enlarged by installing a specially constructed continental tire setup. Top left taillight was pulled out for access to gas filler.[4] Once the bodywork was done, the Black Flame was painted black and pink.[3] 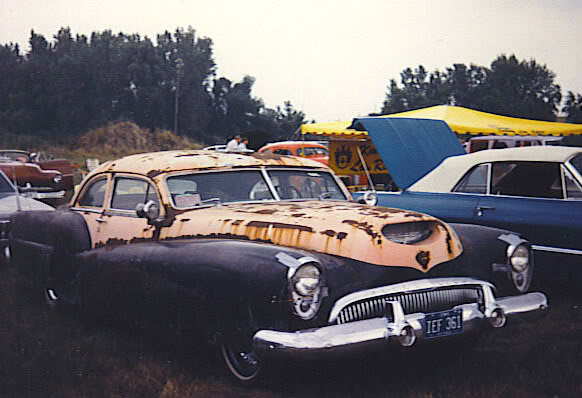 Eddie Bell, who did most of the work on the car while working for Dunshee's Body Shop, bought the car before he passed away. The car is still around, for sale, but it is in a bad condition, and it needs a full restoration.[3] 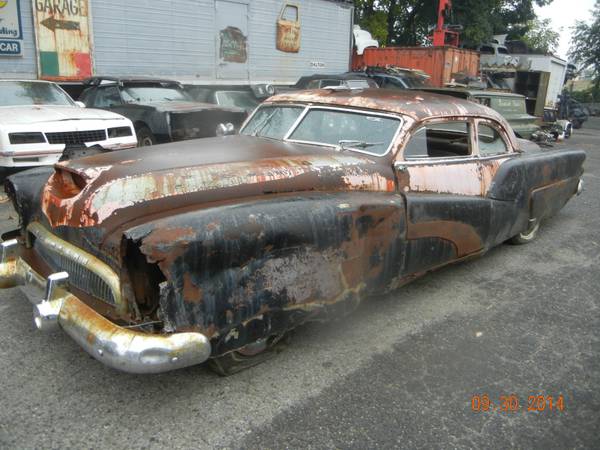 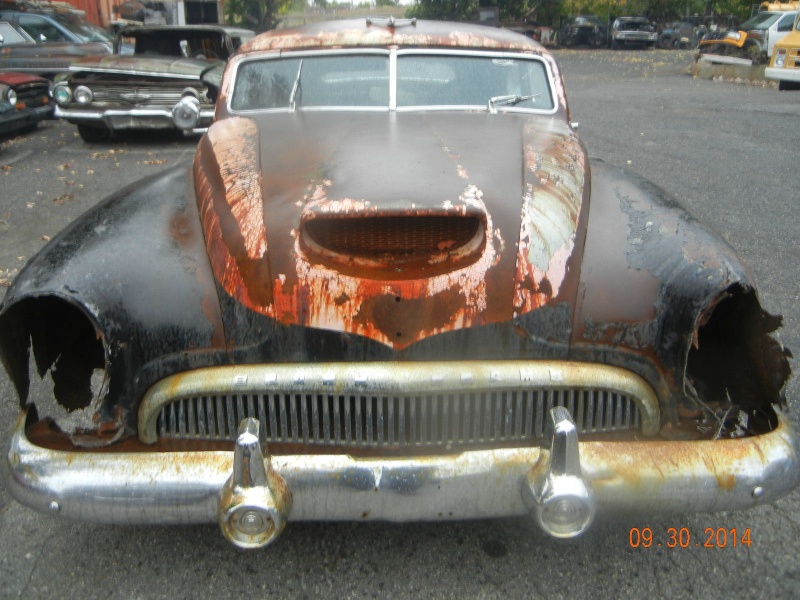 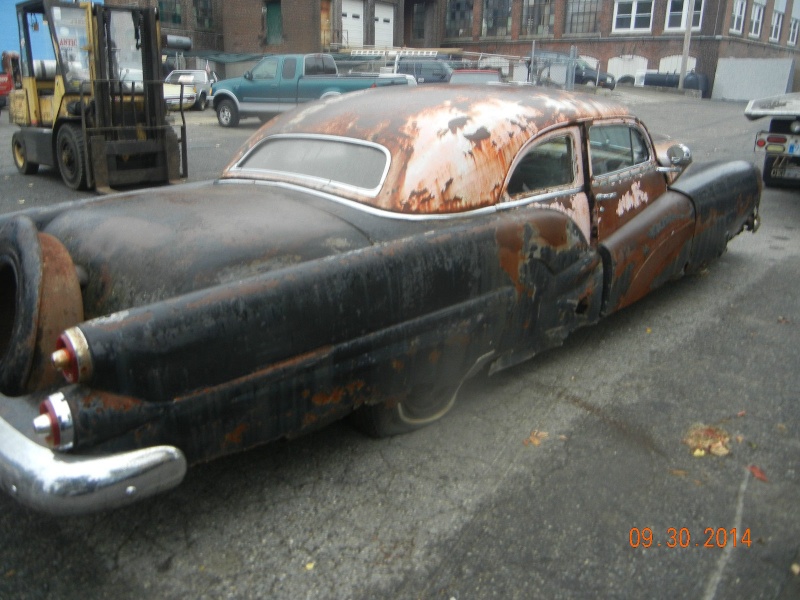 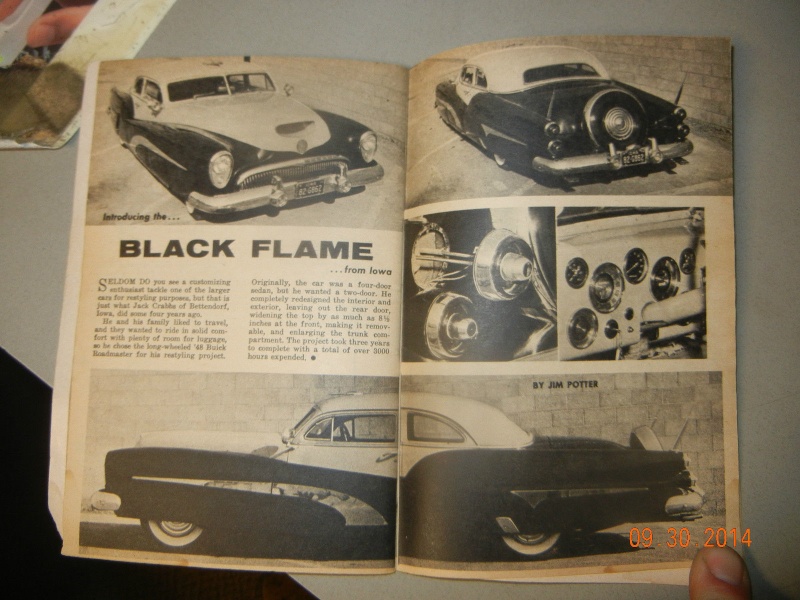 This is " The Black Flame ", an historic and genuine mid 50's built custom . It had a few articles written about it and its owner / builder over the years. Offered with the sale is the 1957 May issue of Rod & Custom in which it had a two page spread. Dreamt up by Jack Crabbs built by Eddie Bell of Davenport , Iowa and deteriorated by Mother Nature. Started as a 1948 Buick Roadmaster four door. The body has been highly modified having been chopped sectioned nosed decked frenched widened and stretched. It has a tilt nose assembly that we did not try to force open. The roof top is a Carson style made to be able to lift off. Besides what is shown in the photos there are a pair of hydraulic pistons that assumably were used to lift the tilt front end at one point. It does steer and roll but the tires do not hold air. Top end of the V-8 engine , to which I'm unsure of the brand , is missing. The car does not run drive or stop. The body is heavily rotted under and externally. The drivers door is tacked welded to the B pillar. This automobile is for the passionate deep pocketed preservationist . I do have a valid title . I can load onto your truck or trailer. Buyer has two weeks following the end of auction in which to retrieve the vehicle. 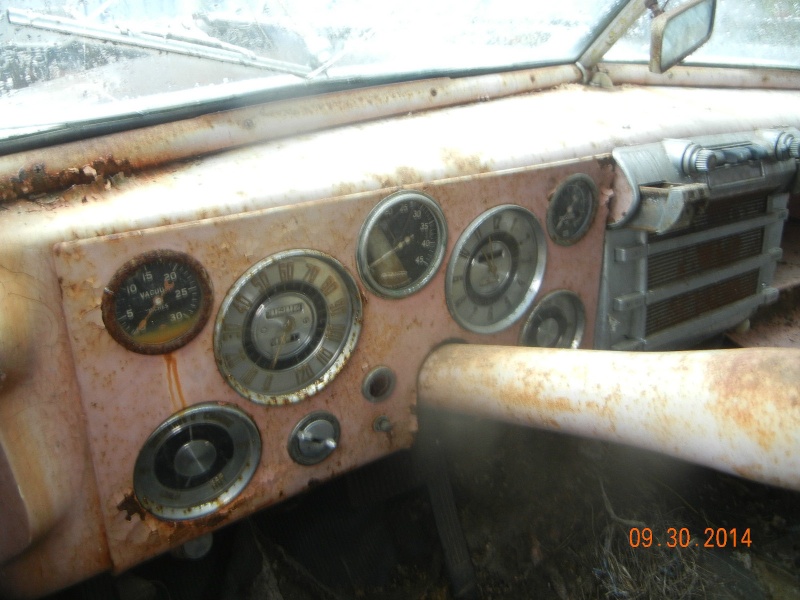 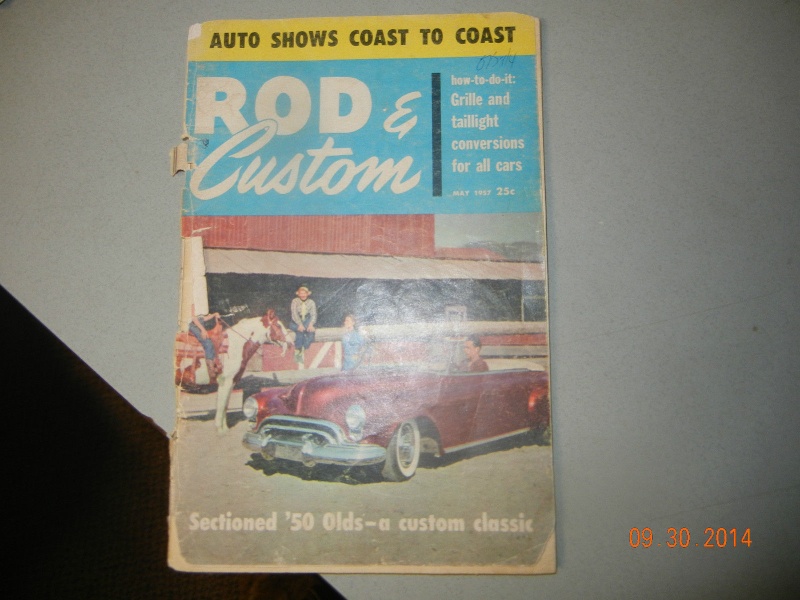 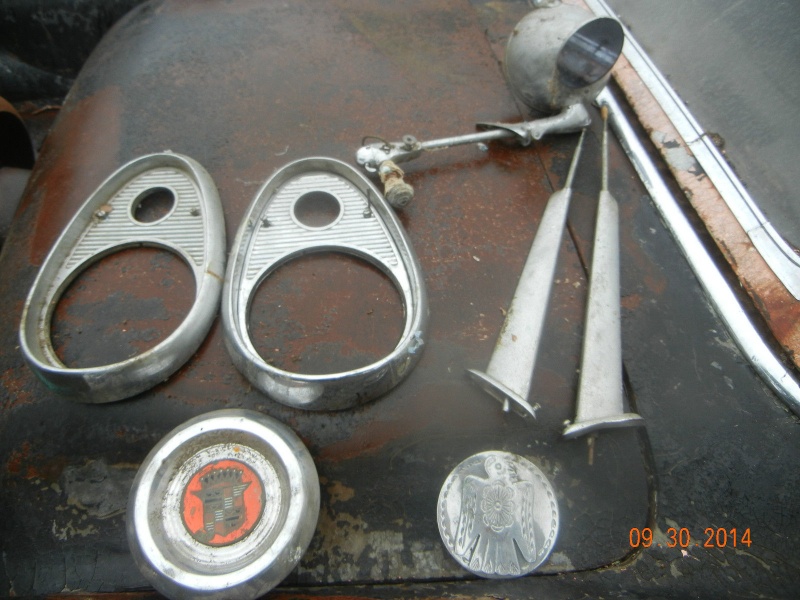 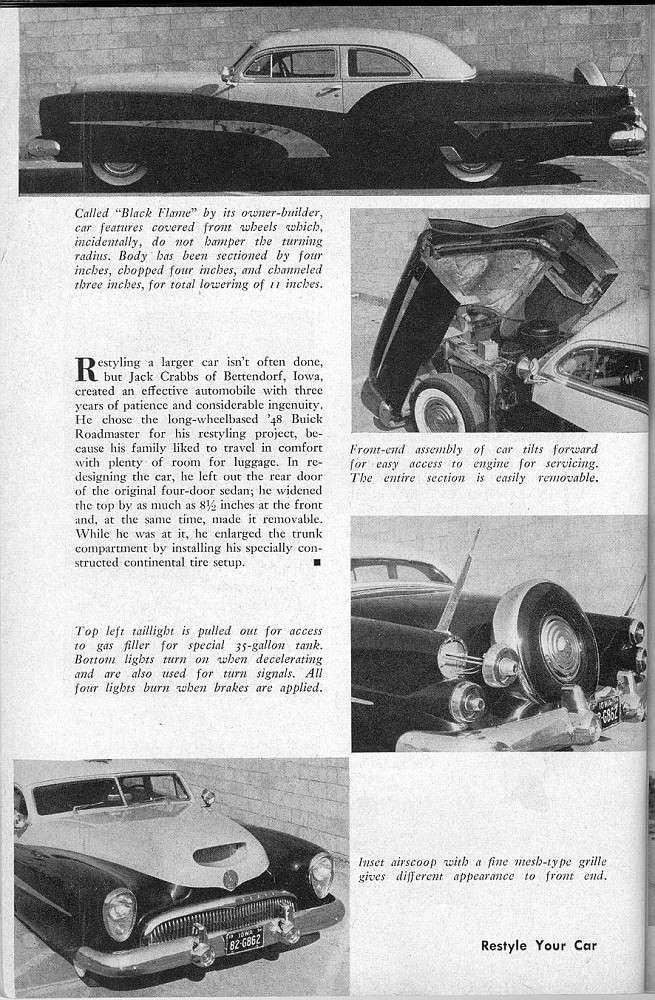 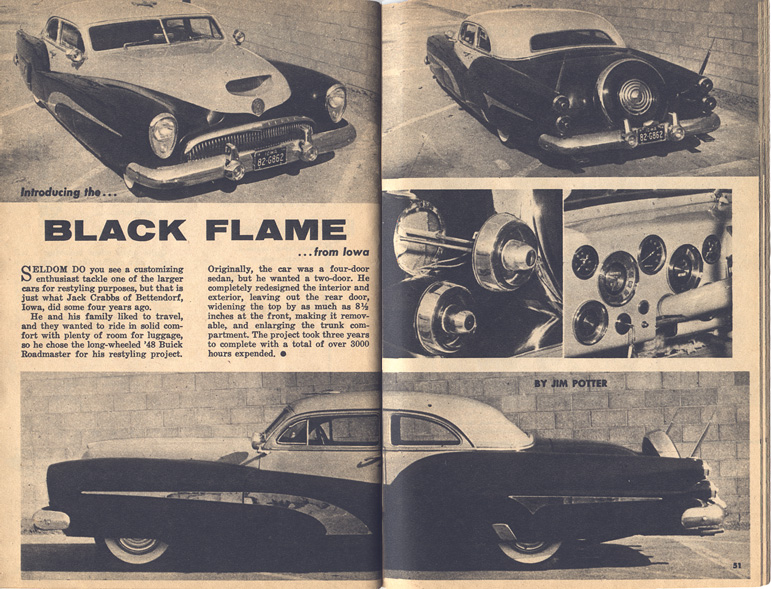 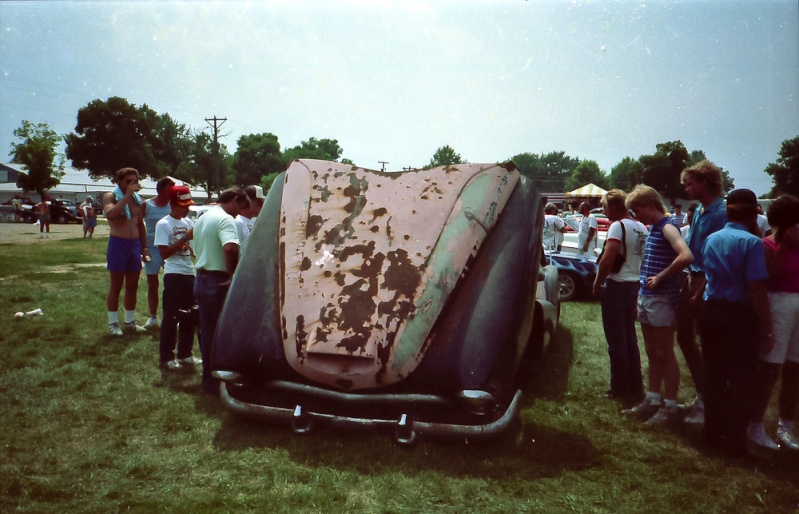 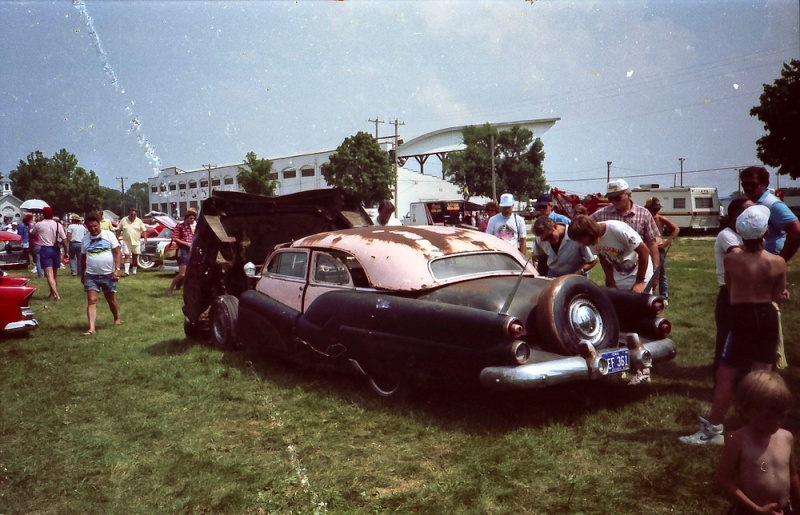 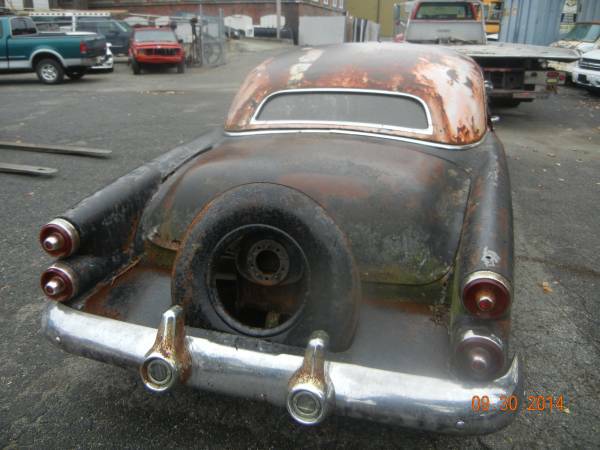