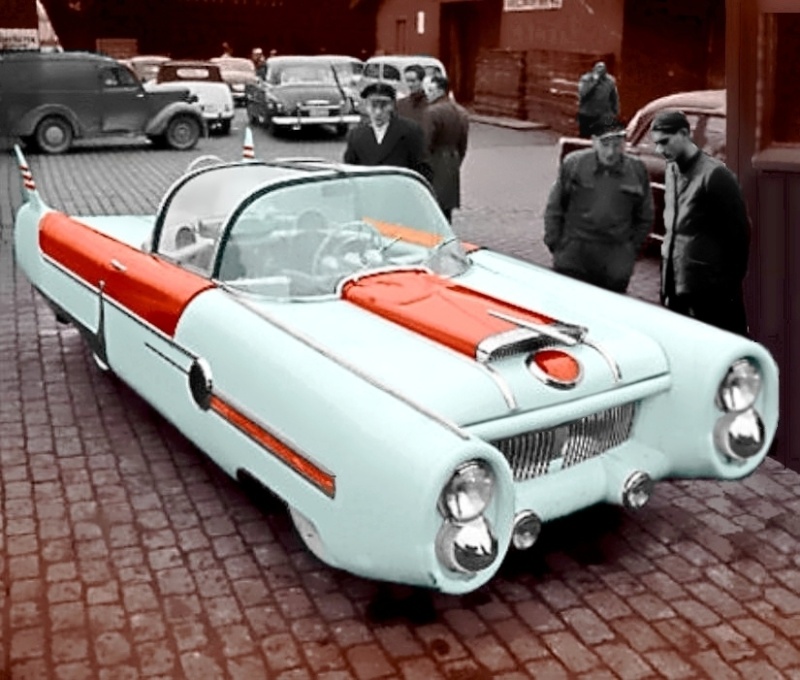 This Dream Car with gullwing doors was home built in (approx) 1955 by Almar Nordhaug, a Norwegian expat who lived in Tórshavn on the Faroe Islands. The futuristic build was based on a Vauxhall Cresta chassis, engine and drivetrain. The body was handmade, and the roof was taken from an airplane. In 1957 Nordhaug returned to Norway bringing his car with him.
Black & white photo modified and partly colorized. 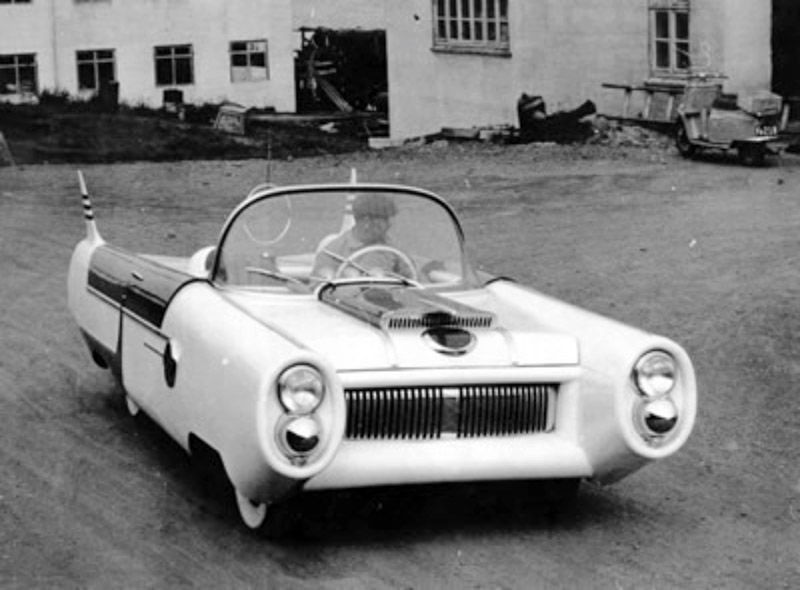 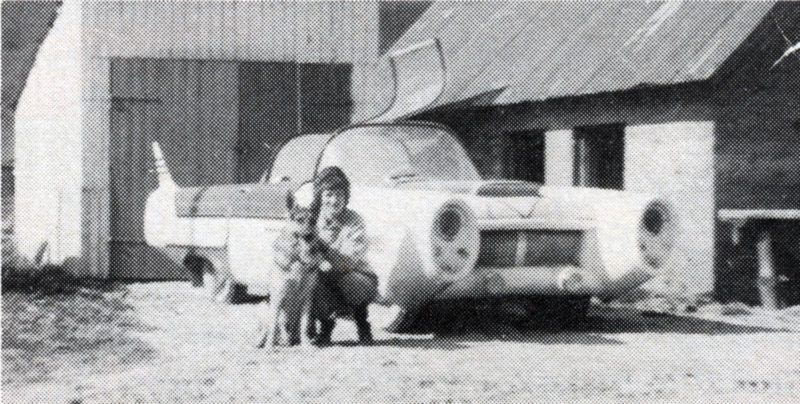 Norwegian Almar Nordhaug built the Dream Car on a Vauxhall Cresta chassis/engine/drivetrain while working in Torshavn in the Faroe Islands in 1955, making it almost certainly the only car ever built in the Faroes. The handmade body was topped by a roof taken from an airplane. Nordhaug took the car with him back home to Norway, where it became known as the “Airplane”. 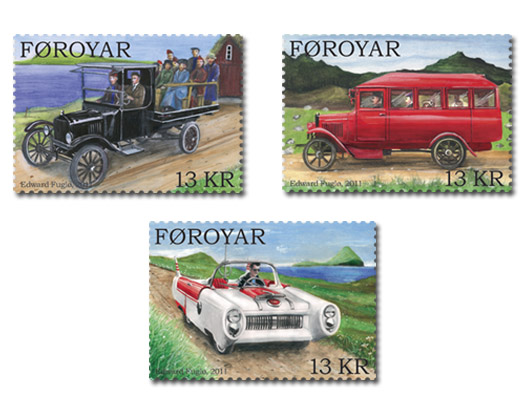