The second BAT to be shown at the Turin Auto Show, this time in 1954, a year after the BAT 5. The BAT 7 took up the styling dictates of the previous model, the BAT 5, and worked them to the limit. For this 1954 design, as for the other BAT models, though less evidently, Bertone added some elements from his experience working on wing profiles in the aeronautical industry. The result was the exaggerated shape of the large, curved tail fins. 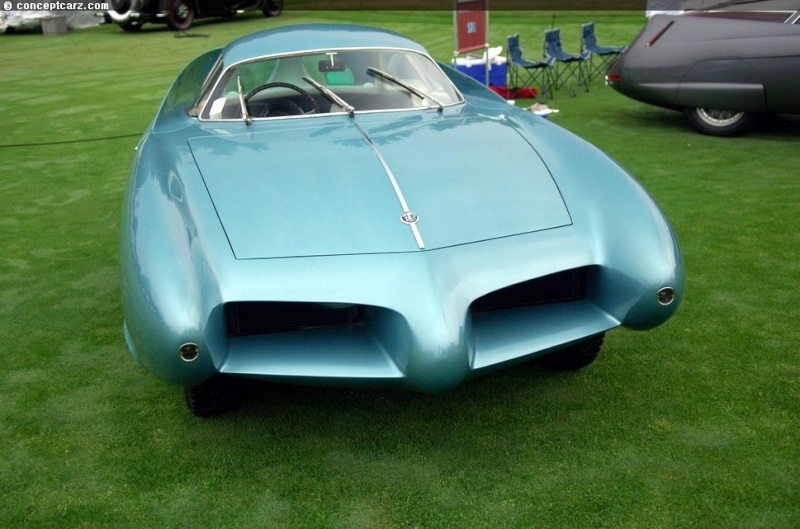 The nose was lower than the BAT 5's, and the protrusions where the headlights would normally be found stuck out even further. The headlights were located next to the nose and moved to point down when used. Even Fiat's experimental one-off wind-tunnel-derived Turbine car, the Turbina, which also made its debut at the show, seemed tame in comparison. The Cd was 0.19. 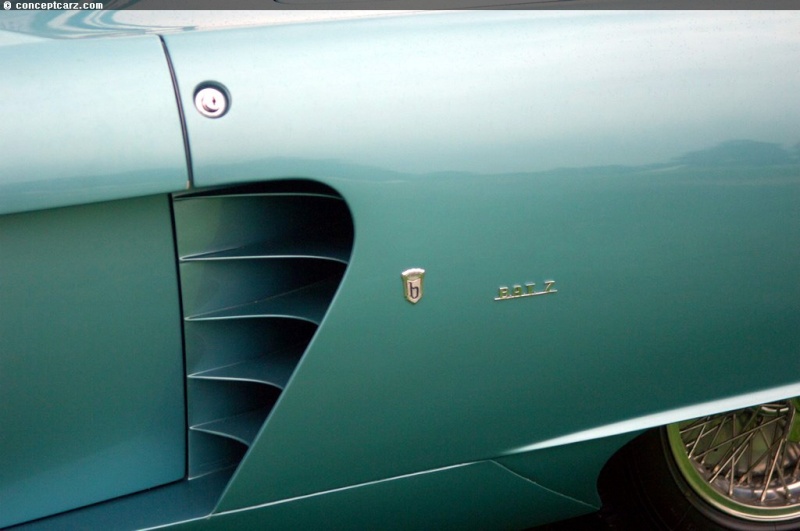 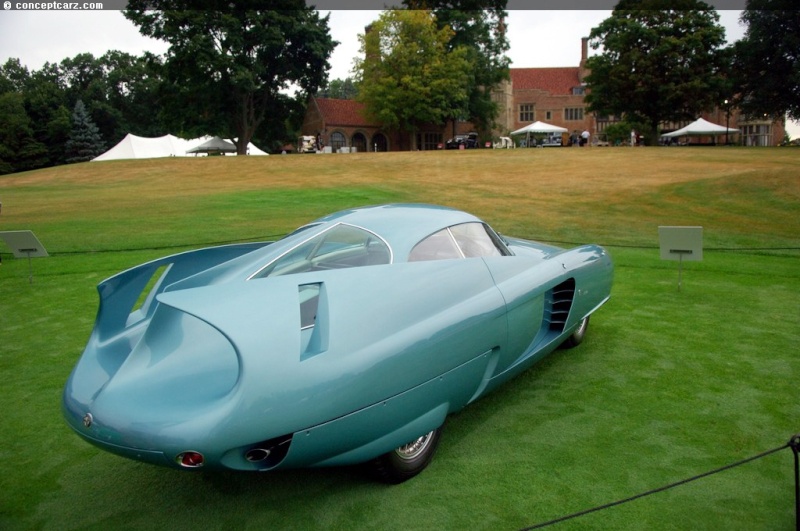 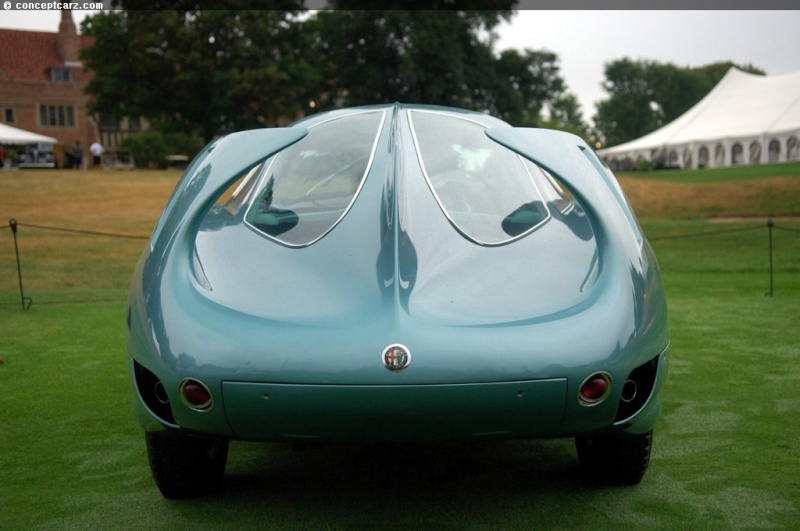 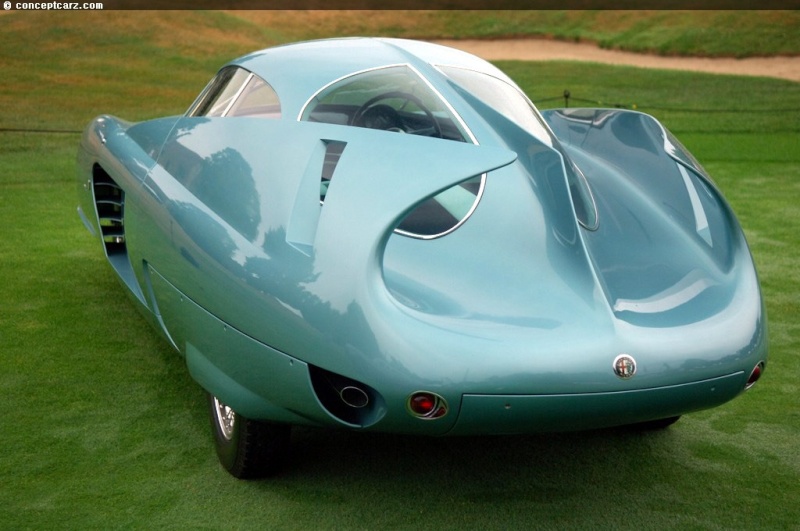 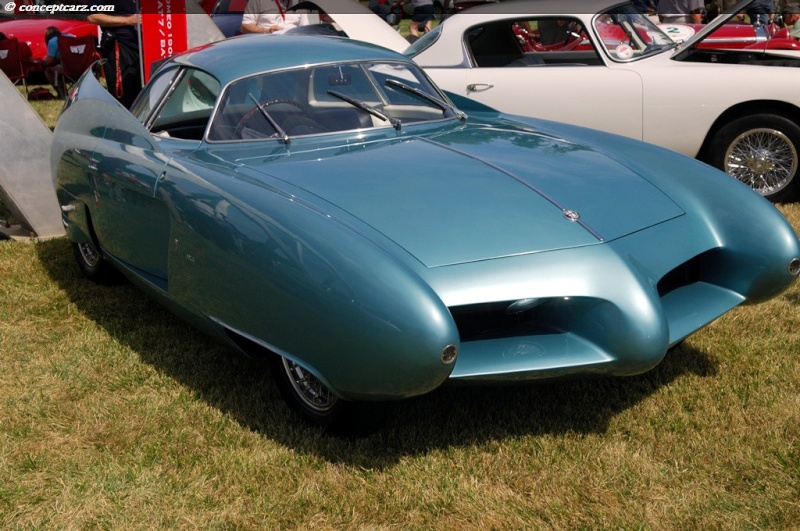 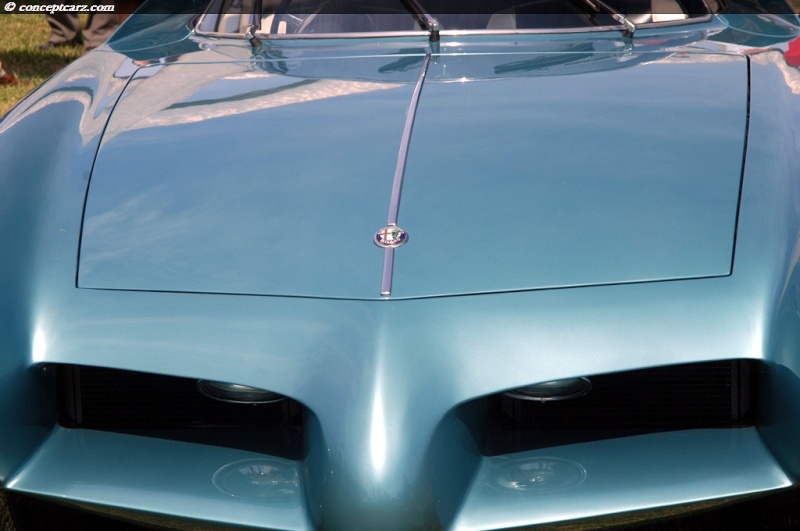 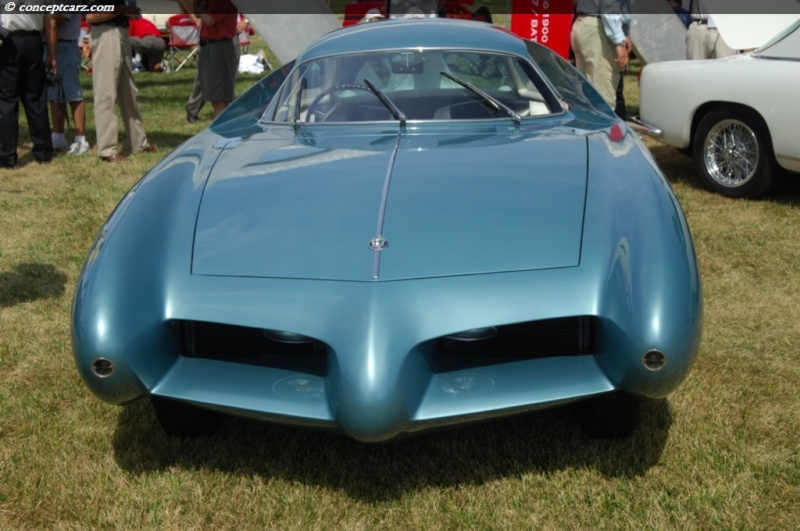 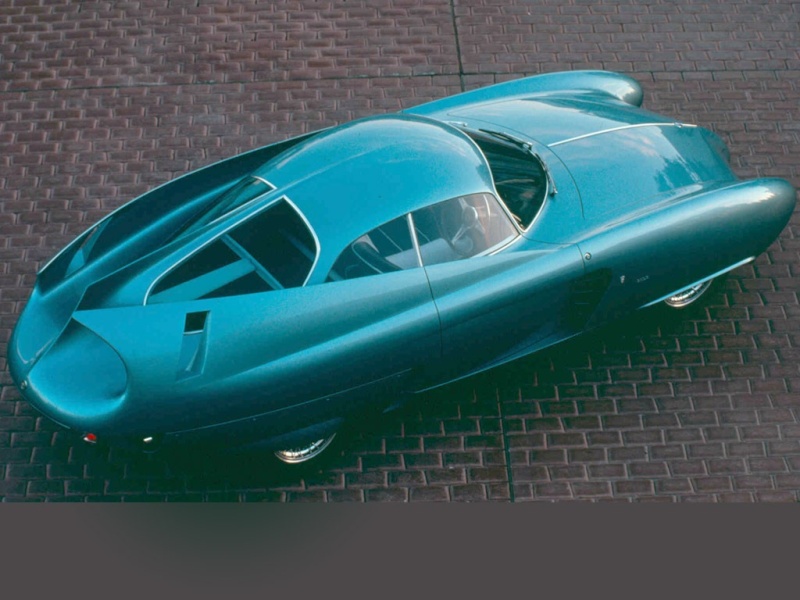 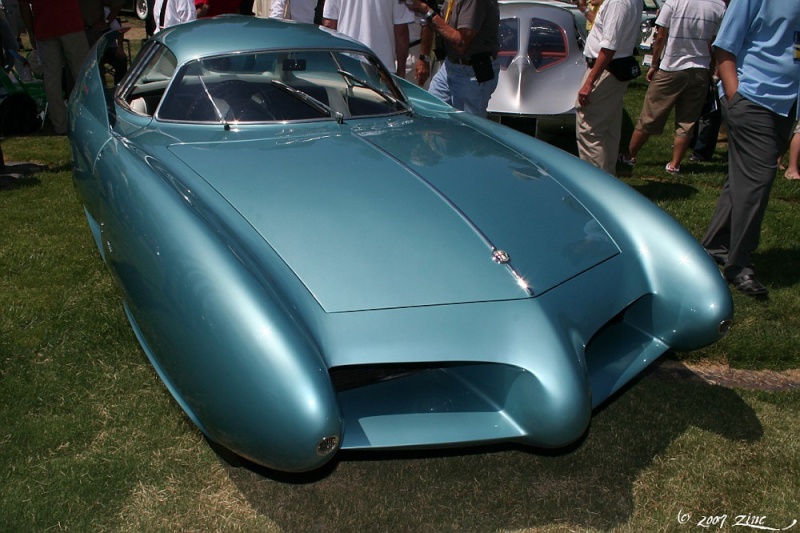 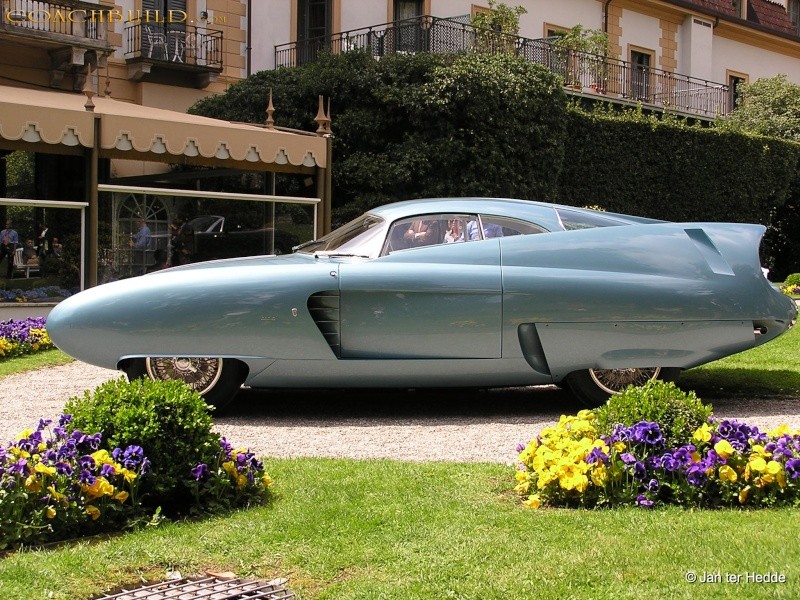 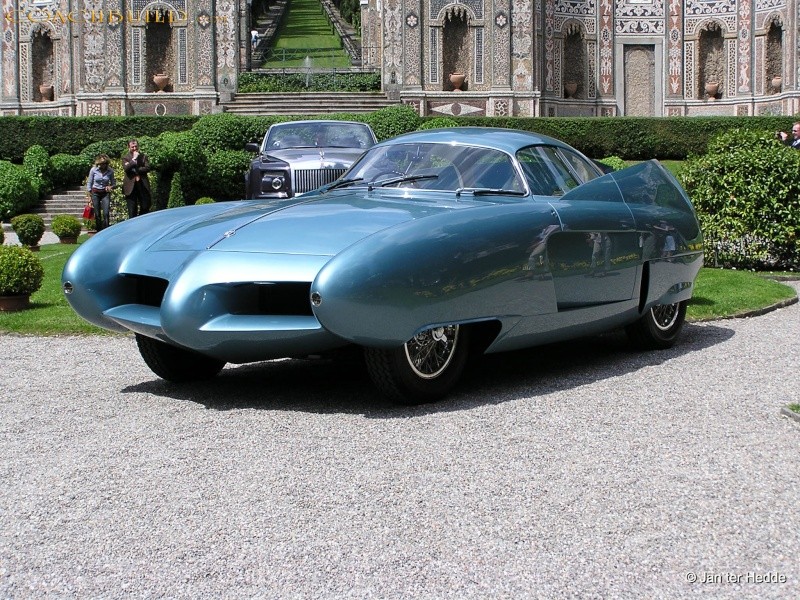