The BAT 5 was the first of the Bertone-Alfa Romeo BAT project. 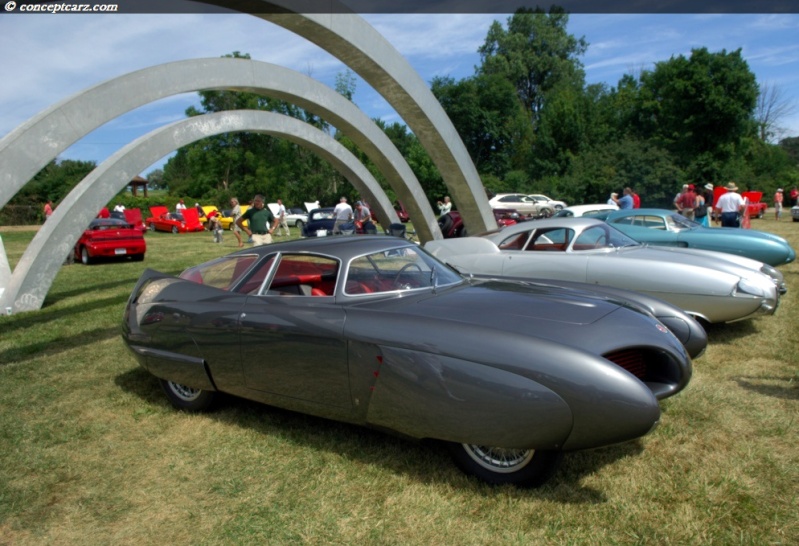 It was first shown at the Turin Auto show in 1953. The design of the model was based on a study of aerodynamics. The shape of the front in fact aims to eliminate the problem of airflow disruption at high speeds.

The design also aims to do away with any extra resistance generated by the wheels turning, as well as achieving a structure which would create the fewest possible air vortices. 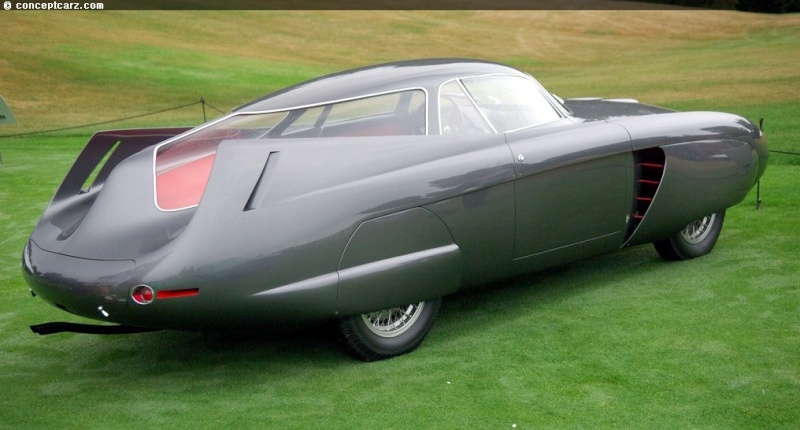 In practice these rigorous criteria would allow the car to reach 200 km/h (120 mph) with the 100 hp (75 kW) engine mounted as standard. The design that Bertone came up with was for an extremely light car (1,100 kg (2,400 lb)), the ultimate in streamlining, with side windows at a 45 degree angle with respect to the body of the car and a large windscreen which blends in perfectly with the almost flat roof. 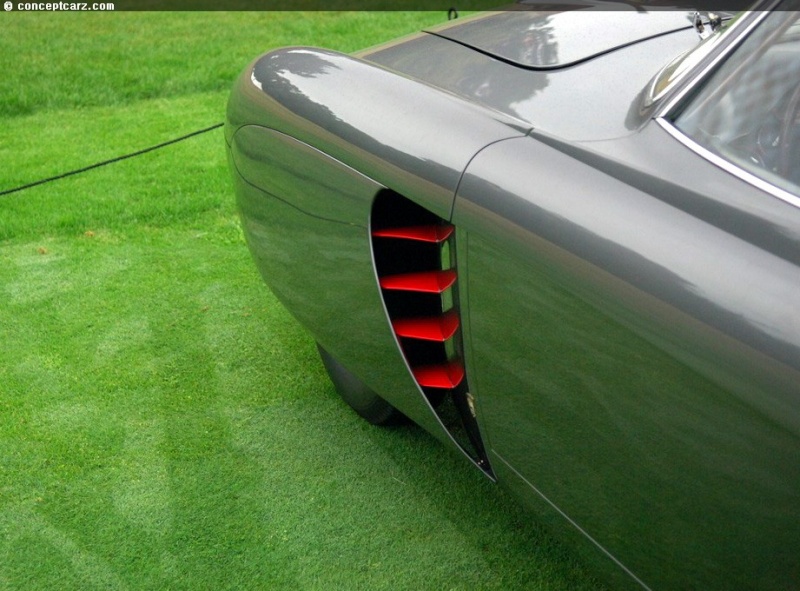 The most surprising part of the car has to be the tail, with the length-ways rear windscreen divided by a slim pillar, and the two fins tapering upwards and slightly inwards, for a highly aesthetic finish. 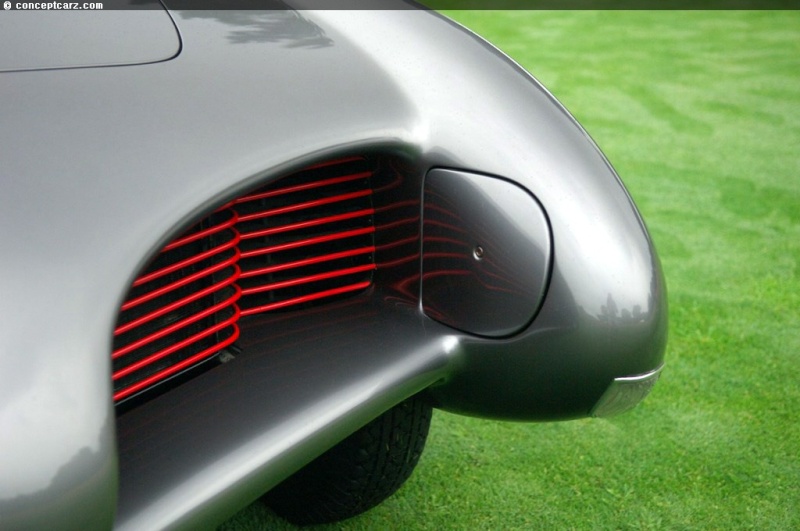 There was no shortage of positive feedback: the car was an immediate hit for its aerodynamics and noteworthy stability at high speeds. Bertone had solved the problem of aerodynamic stability, creating a car with an excellent index of penetration, with a Cd of 0.23 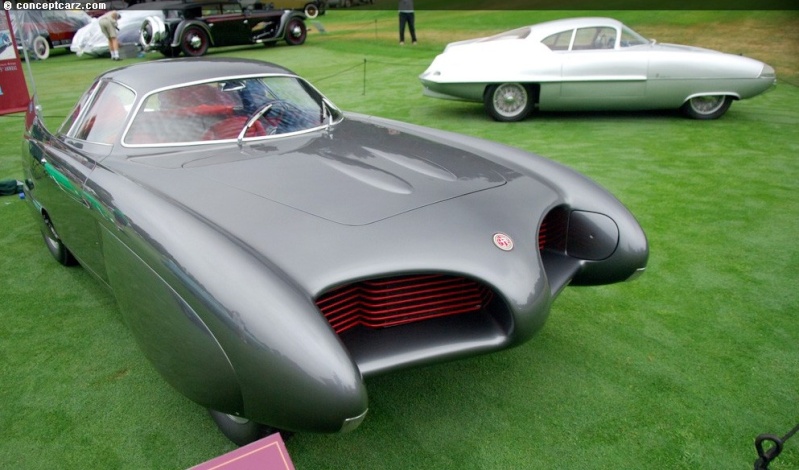 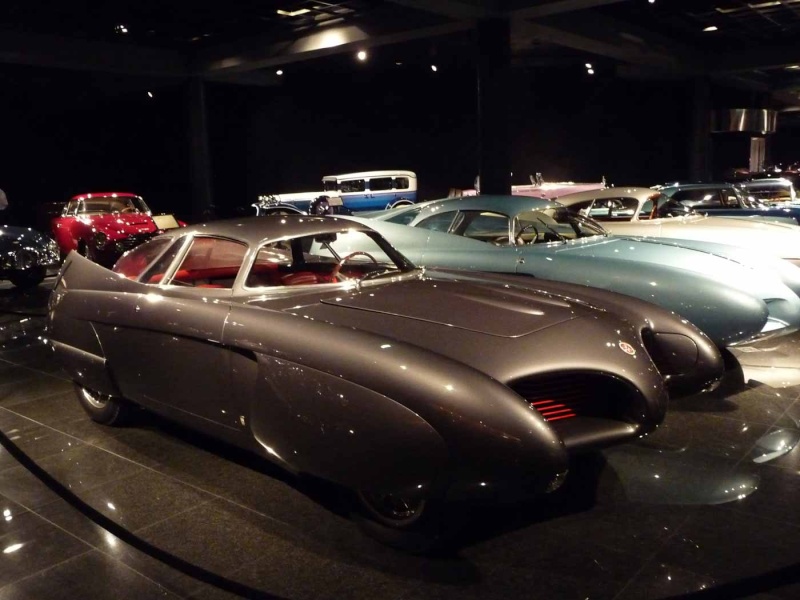 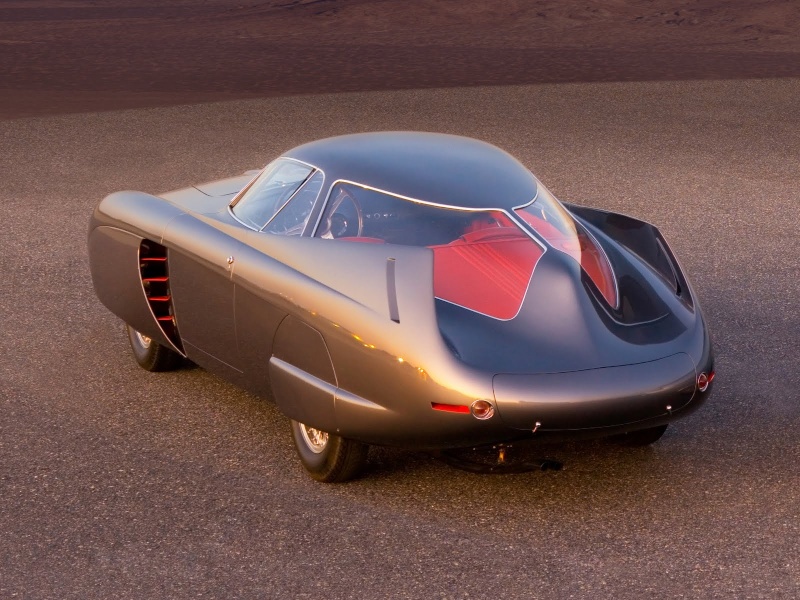 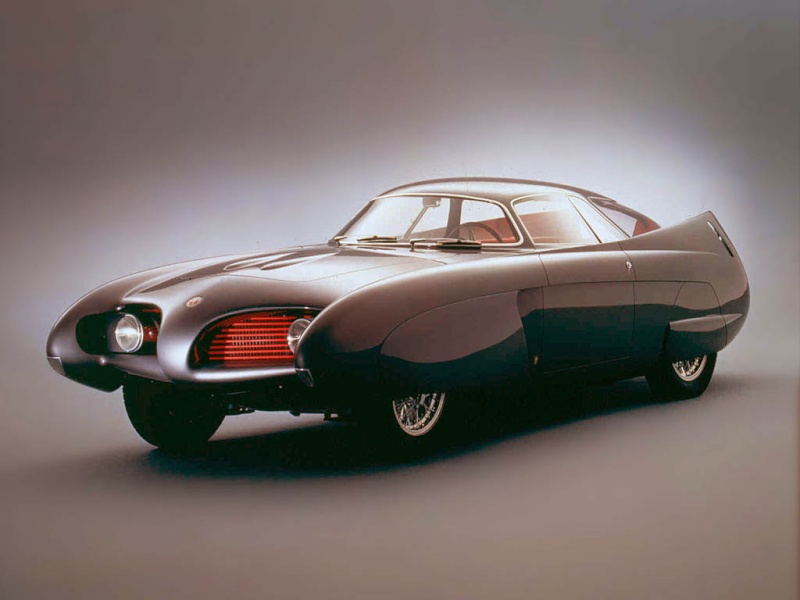