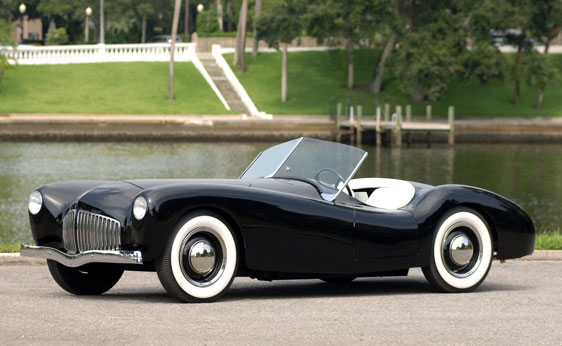 This particular example is powered by a Ford flathead V8 with triple carburetors. The engine boasts finned Offenhauser aluminum heads and a polished aluminum intake manifold. The interior is simple and clean in the best SoCal tradition, with horizontally rolled white leather seats and a central instrument panel with the original Stewart Warner gauges. Given the challenges of early fiberglass construction, the body is remarkably smooth with high gloss black paint, which is nicely set off by the minimal chrome trim on the grill, wheels, windshield supports and front and rear “nerf bar” bumpers 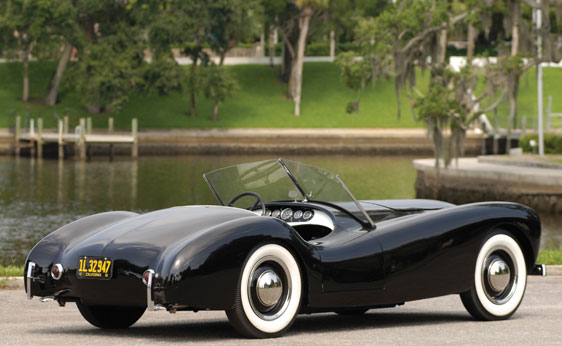 The G2 was Glasspar's roadster body that was a one-piece fibreglass design. It was occasionally sold as a turnkey sports car sometimes known as the Yankee Clipper or as a kit with a separate body. The basic body shape came from a prototype made for 1951 Los Angeles Motorama known as the Brooks Boxer.

Southern California’s Bill Tritt stared the Glasspar Company in 1950 with two partners. He was a pioneer in the use of fiberglass for auto body and boat construction. His factory in Santa Ana, California produced a great deal of boats with fibreglass hulls. After displaying the Brooks Boxer at the Motorama, Tritt began planning a production version. 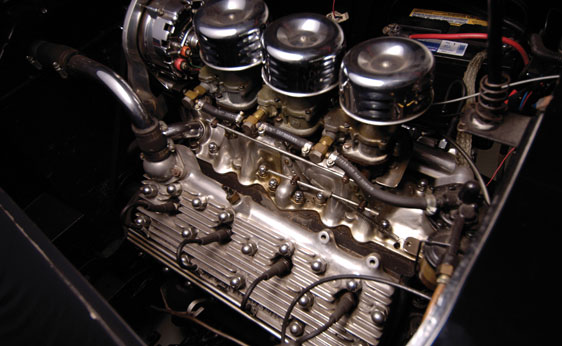 Glasspar offered a complete turn key car known as either the Yankee Clipper or G2 body. It was offered from 1953 to 1954 using mainly Ford running gear on a custom Glasspar chassis. The idea was to produce 10 per week at a price of around $3000 USD. The car could be ordered with a full interior with a hardtop or softtop. 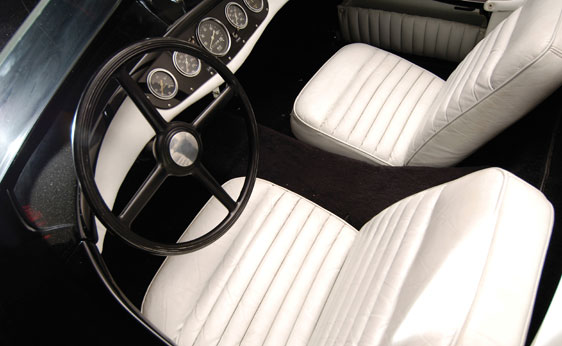 The Yankee Clipper has been called the world's first fiberglass-bodied car. The engine was
positioned far back in the chassis to achieve good front-to-rear weight balance. Because of the car's neutral handling, many were used as race cars. 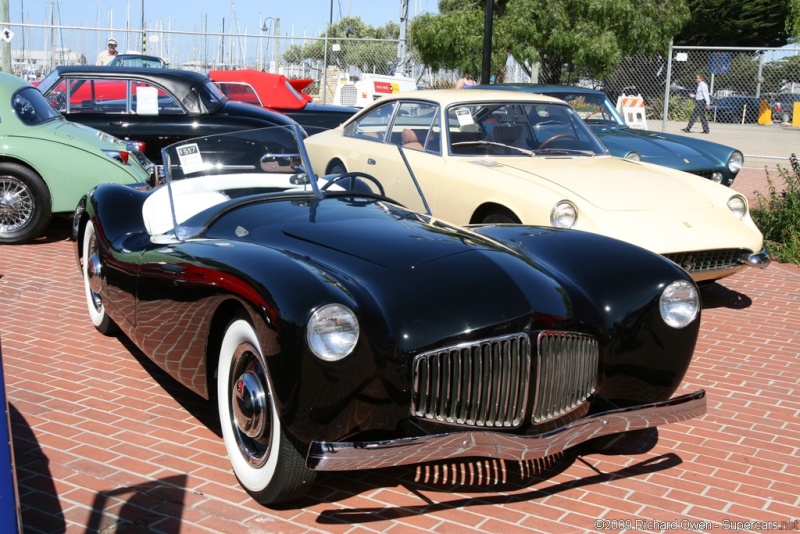 These roadsters also became a favorite in the Hollywood circles and attracted owners such as owners Humphrey Bogart, Gary Cooper and Rosemary Clooney. This was due to the car being featured in many auto publications of the period, including Road and Track, Motorsport and Motor Trend.