A 1949 Chevy Convertible called “White Chevy” became a local phenomenon in New York City in the ’60s. It was a time when the custom car hobby was thriving on both coasts. And Joe Serino, Jr., its builder, enjoyed the “White Chevy’s” popularity for many years. It was shown at Madison Square Garden, the Nassau Coliseum, Lead East and many more custom car shows on the East Coast.So, when the second generation of the Serino family began building cars, they opted to build a replica of this famous Queens custom. In 2012, on the 50th Anniversary of the 1949 Chevy Convertible called “White Chevy”, Matt Serino completed a replica of his uncle’s famous custom. “White Chevy” reached its 50th Anniversary and still remained in the Serino family. Family members wanted to keep the original in its survivor condition, so the next generation of Serino cousins decided to build a tribute to the “White Chevy.” Matt built a reproduction of the original 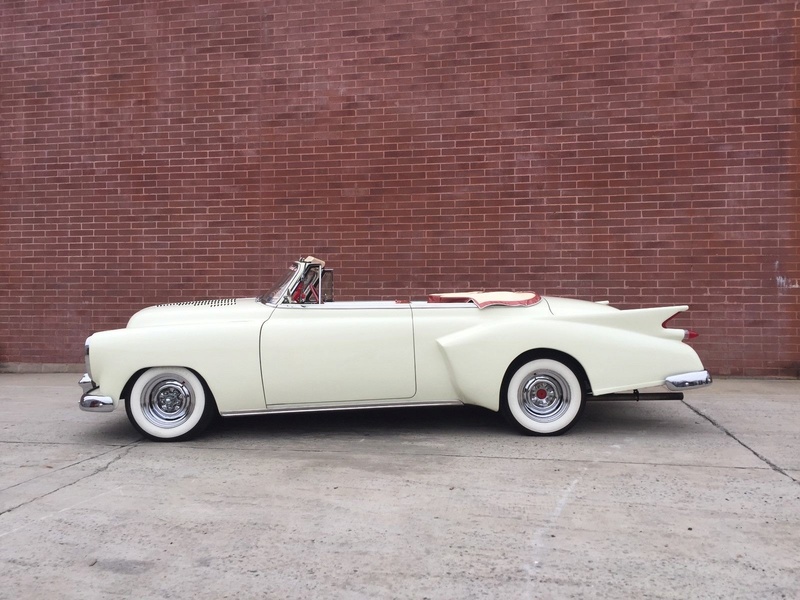 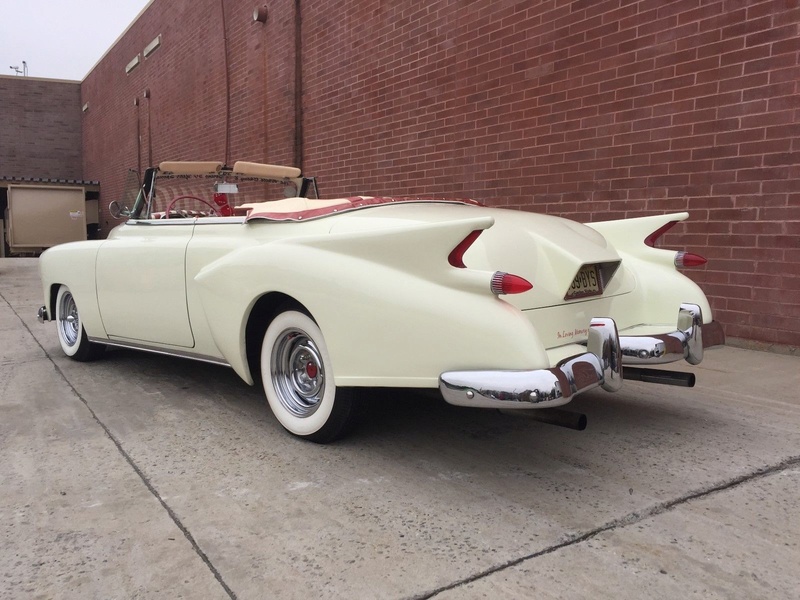 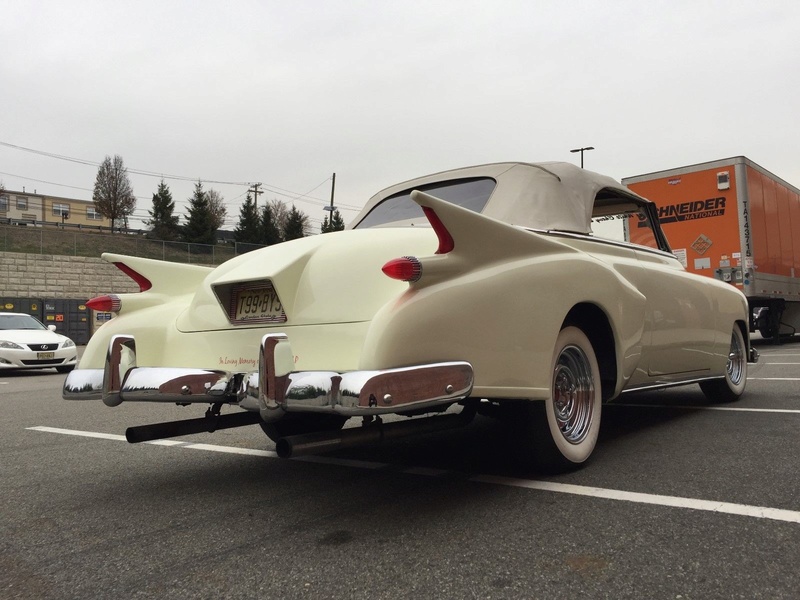 Although the original “White Chevy” had a big block 348 with a Tripower, the reproduction car came with an updated 409 Chevy big block, a Tremec 5-speed transmission and a ’57 Chevy rear end with 3.73 cruising gears. “We built the car to drive,” Matt Serino told us. “That is what I remember most about growing up here, driving around in the ‘White Chevy.’ It was a part of our family. I’m not afraid to drive it anywhere. There are easily 20,000 miles on it since t

Similarly, the newer version of the ’49 Chevy Convertible has a hydraulic clutch, front disc brakes and a great stereo system. Although the original “White Chevy” had electric door and trunk poppers, this new version has actuators that open and close the trunk

It all started in Queens where Joe Serino, Sr. started the Serino Auto Service in 1935. It was the type of neighborhood where everyone knew everybody, and Joe Sr. was known as the race driver who fabricated his cars running Duesenberg engines and Ford mills. Joe Jr. grew up watching his father shape sheet metal into custom cars, and was talented a drawing renderings of what he wanted to build. In 1962, he was driven to build an extreme custom show car known as the “White Chevy.” With the help of his borthers, Richie and Tom, they turned the ’49 Chevy Convertible into a radical custom. And what an extreme build it was for the time.

They extended hand fabricated tailfins and topped them with 1959 and 1960 Cadillac tail lights. Completely modifying the Chevy design, they used custom rear bumpers, and custom molded side effects. The front fenders were crafted to fit Kaiser headlights: front grille used both 1952 and 1959 Chevy pieces, along with a 1950 Oldsmobile windshield. The interior was done in popular period Naugahyde with bronze and white stripes. The mill was a Chevy 348 ci big block with tripower carbs. It had electric doors and trunk. For 1962 this was way over the top.

Joe, Jr.’s dream, the “White Chevy” was shown at custom car shows on the East Coast, including the Madison Square Garden, the Nassau Coliseum and Lead East. It earned its share of First Place trophies and awards. It was displayed at the 1964 World’s Fair in Flushing, New York. The custom ’49 Chevy even made the cover of Custom Rodder Magazine in May of 1962. The car has remained in the Serino family all these years. This tribute car is now being offered for sale. Considering offers , trades and part trade and cash deals, Own something that nobody else has or even knows what she is . This car cost over 85k to build not including any labor .Buyers may call 201 562 2045 Thanks 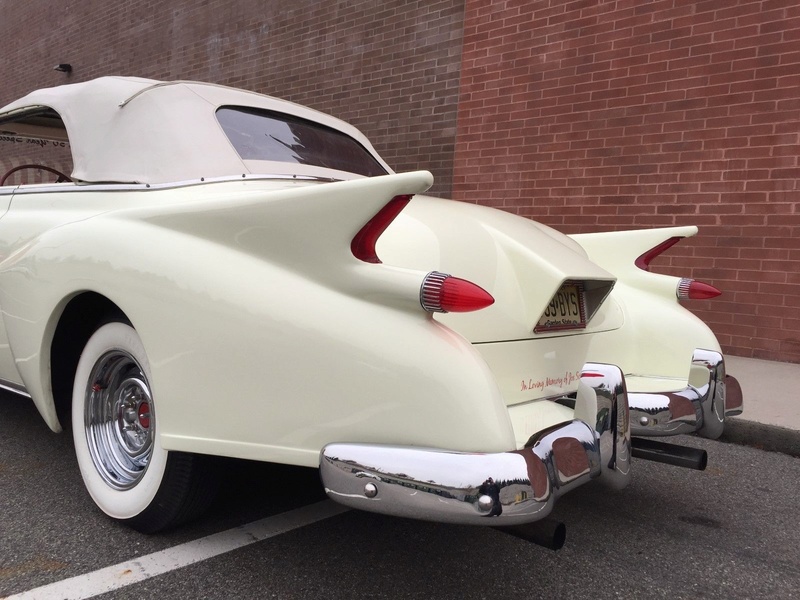 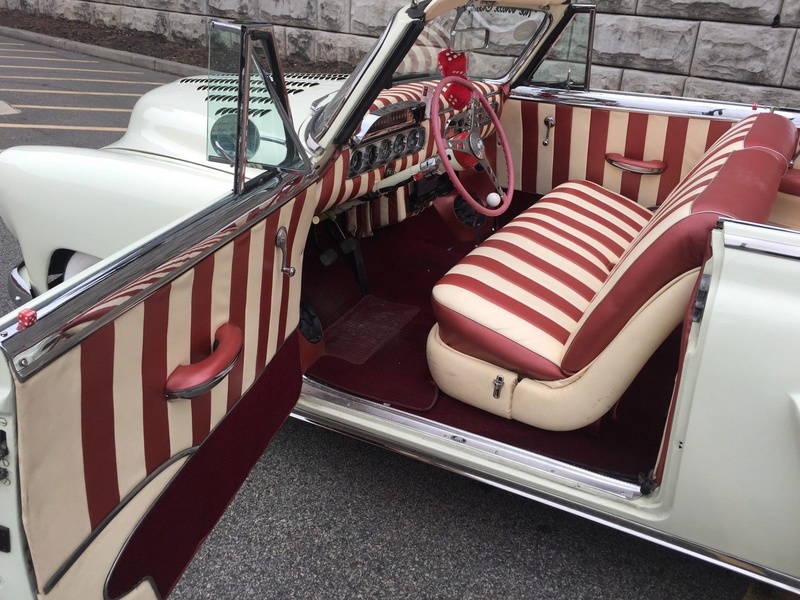 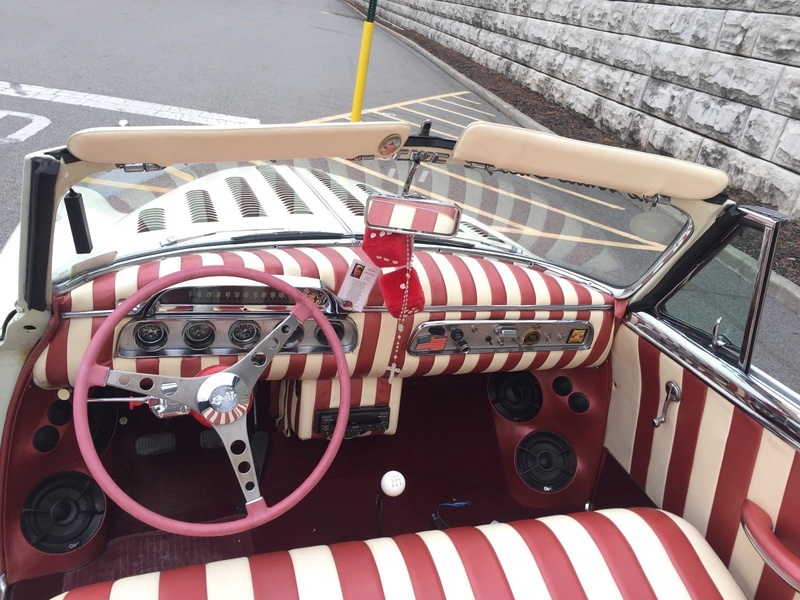 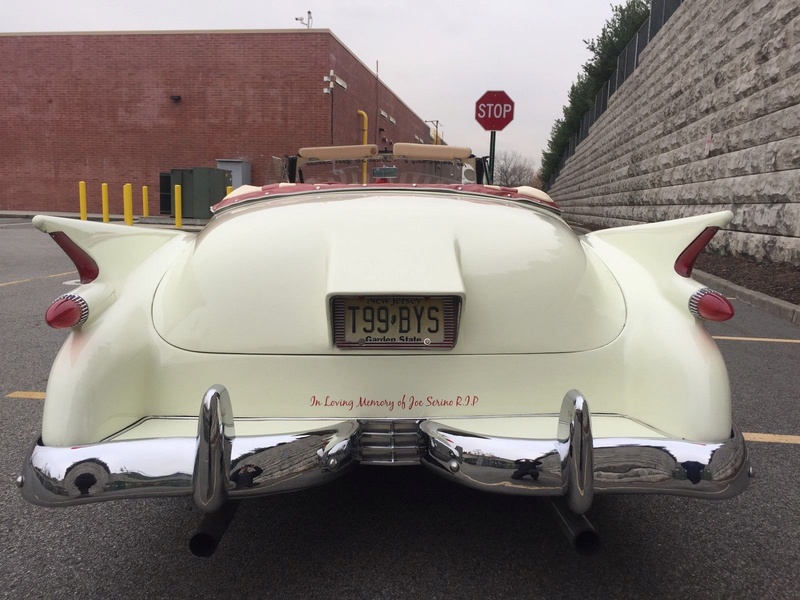 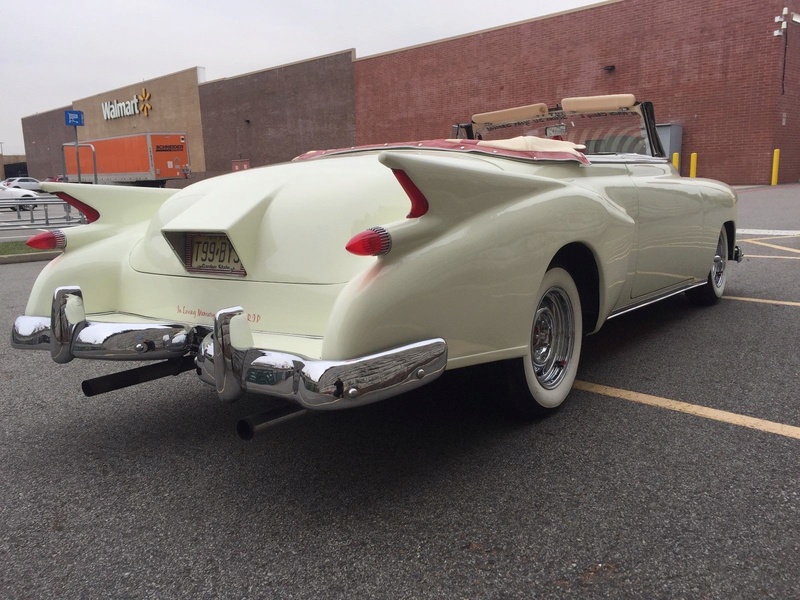 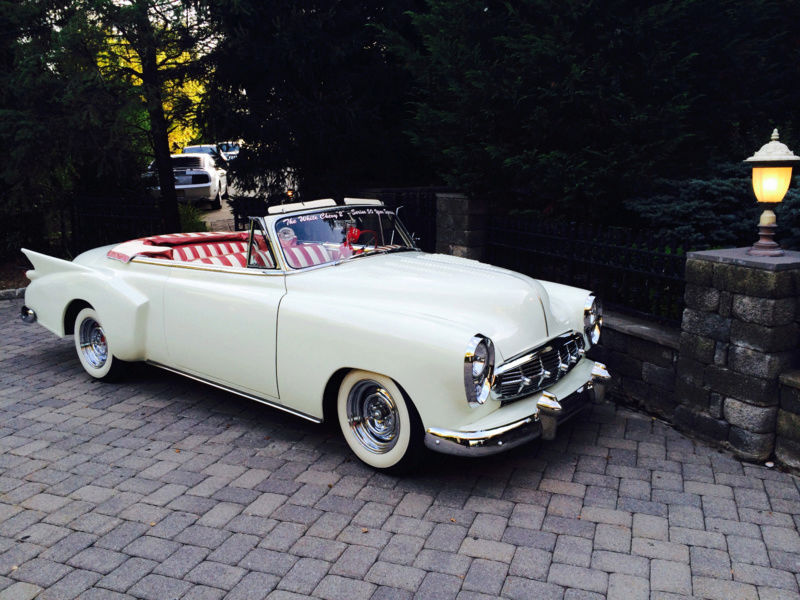 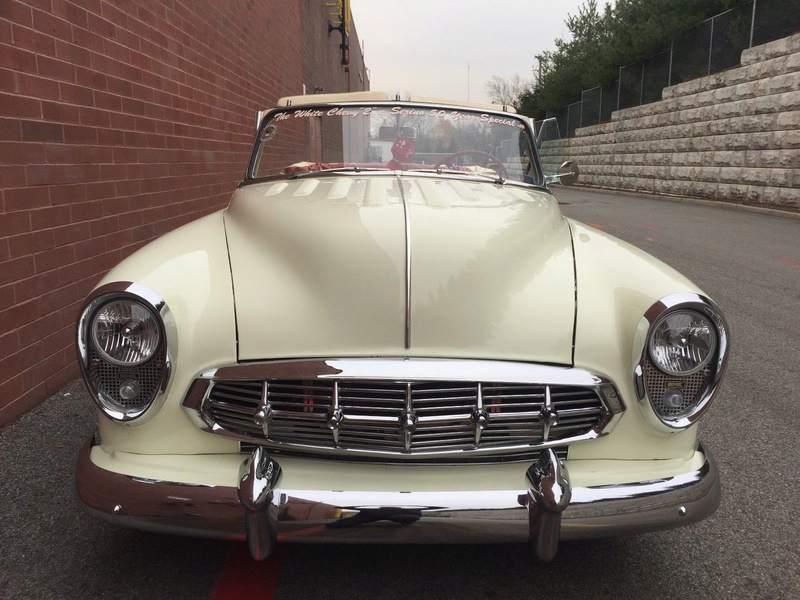 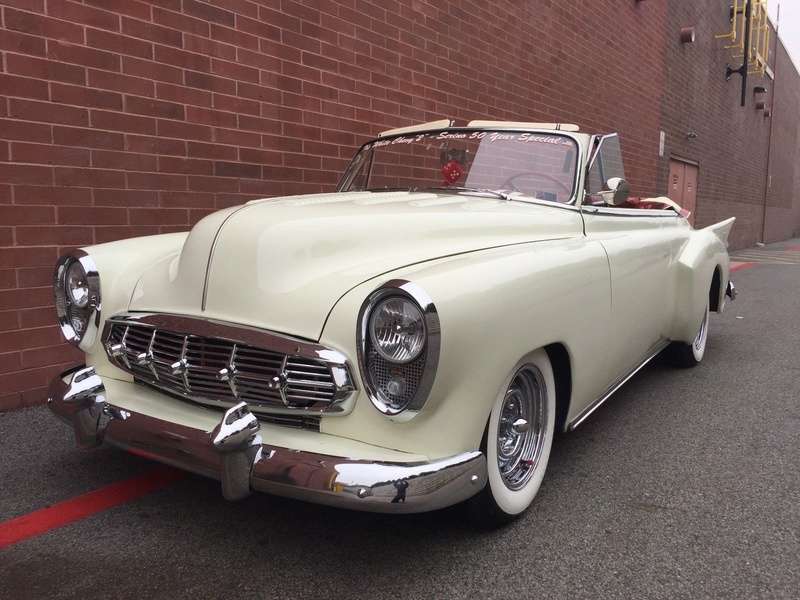 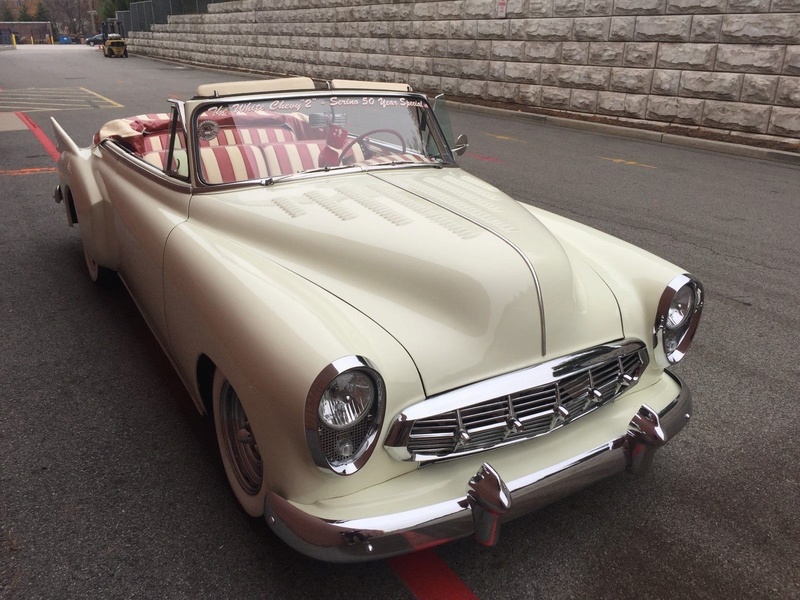 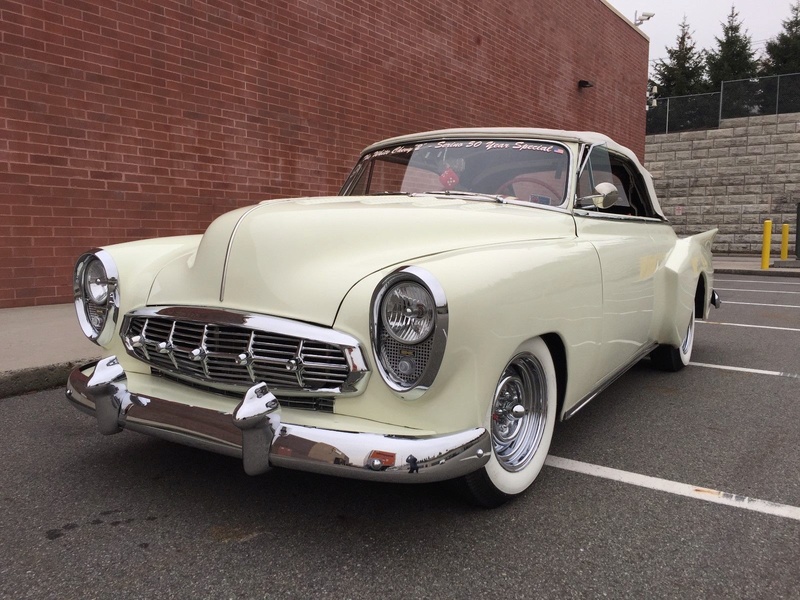 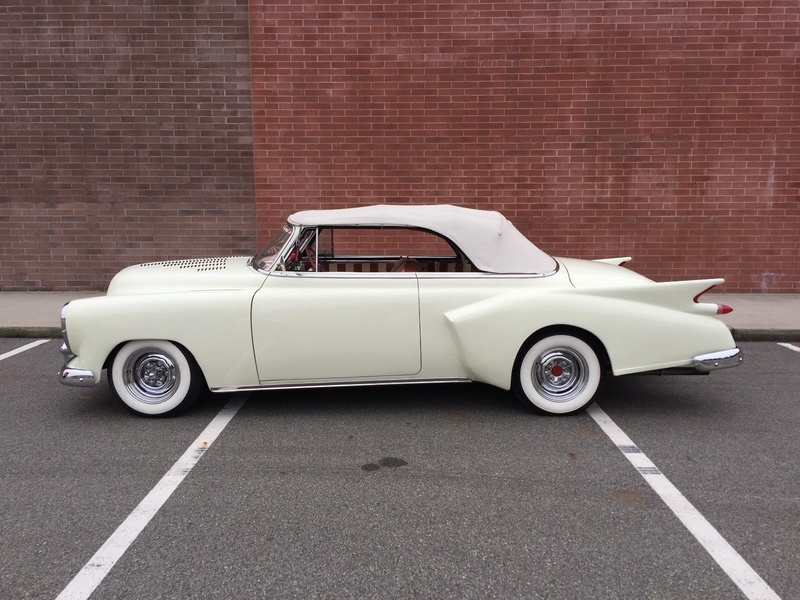 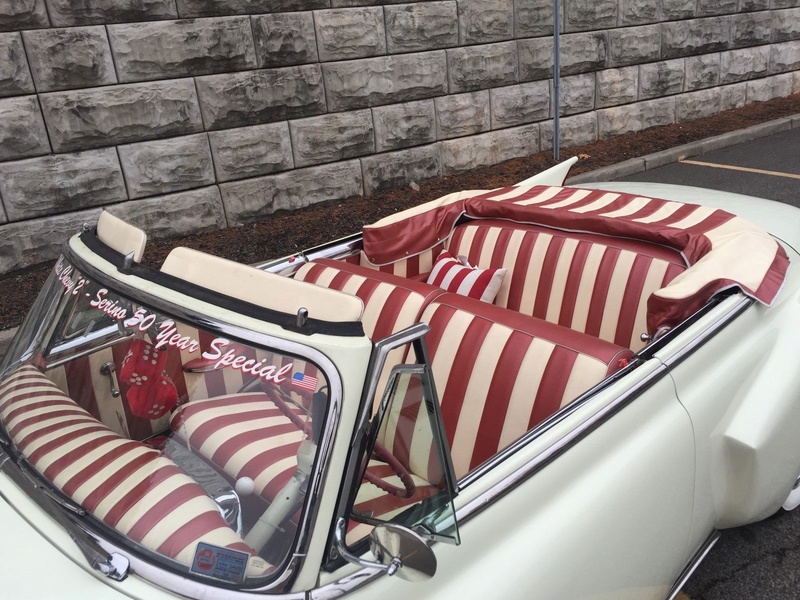 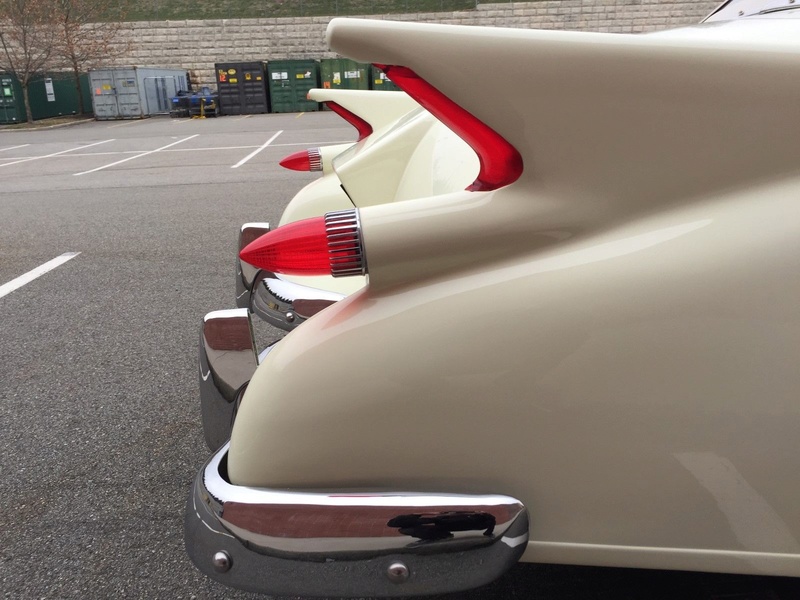 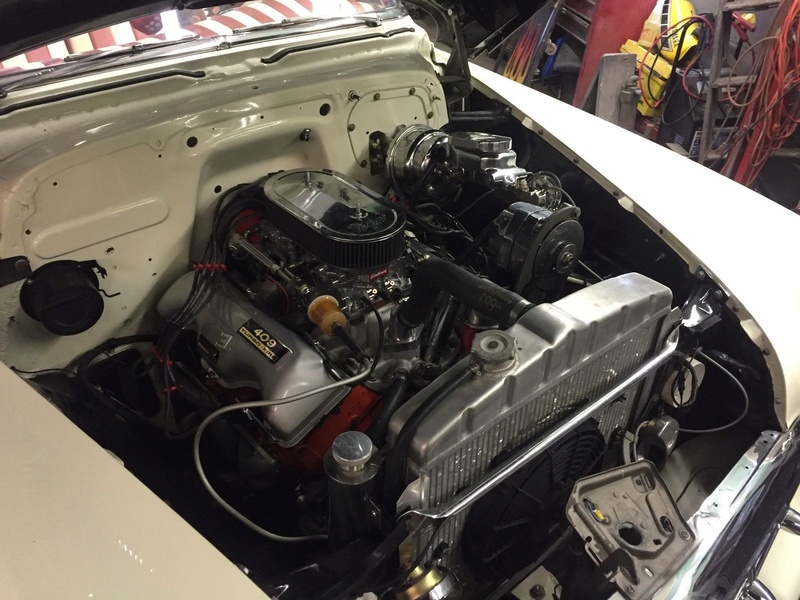 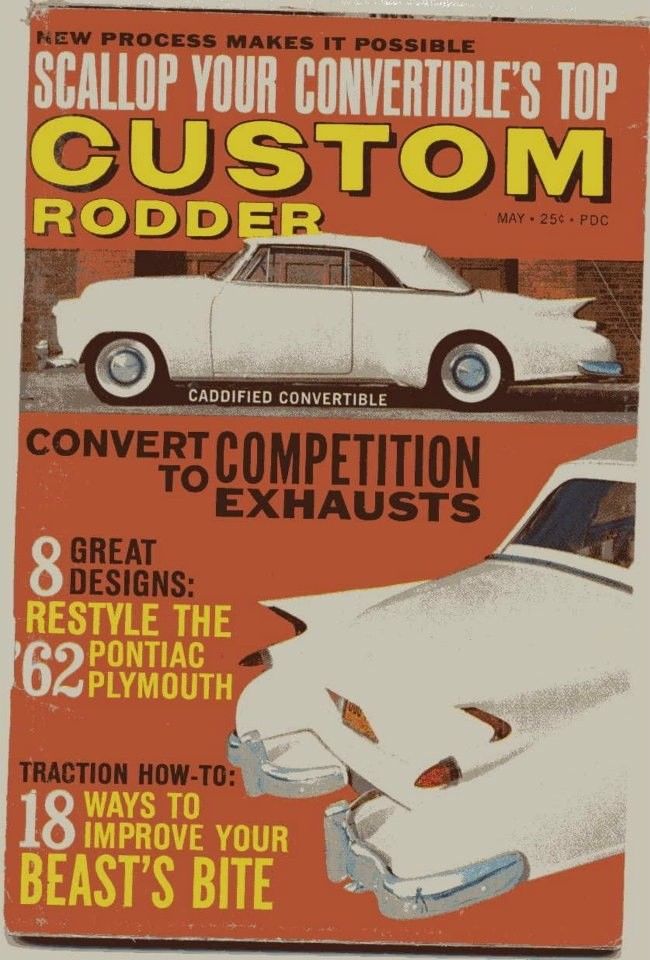