This 1956 beauty was extremely well received by the crowds at the Oakland Roadster Show and upon arriving at the 1997 Sacramento Autorama, it was chosen for the prestigious Harold A. Bagdasarian award for WORLD’S MOST BEAUTIFUL CUSTOM!

The top has been chopped 3 ½ inches. The rain gutters have been filled and extended. The grill was hand-made with 3/8 inch steel rod by Gregg Westbury. The grill cavity is a combination of ‘51 Merc upper lip bar on top.

The sides and the bottom are formed out of tubing to create that “just right look”. The whole front bumper was lowered an inch all the way around, including the headlights. The bumper was shaved of all bumper bolts.

All plating was done by Sherm’s Plating of Sacramento. They did all of the chrome and all of the stainless, some of which Zocchi thought was unfixable…they did a magnificent job!

Headlights are the Richard Zocchi signature ‘56 Olds, which were a little tougher this time because they had to lower and seal beam them about two inches. John Aiello made it all happen…he built the car at his shop, Acme Auto body, in Antioch, California. These Olds rims were the toughest to do of the last 4 or 5 cars. 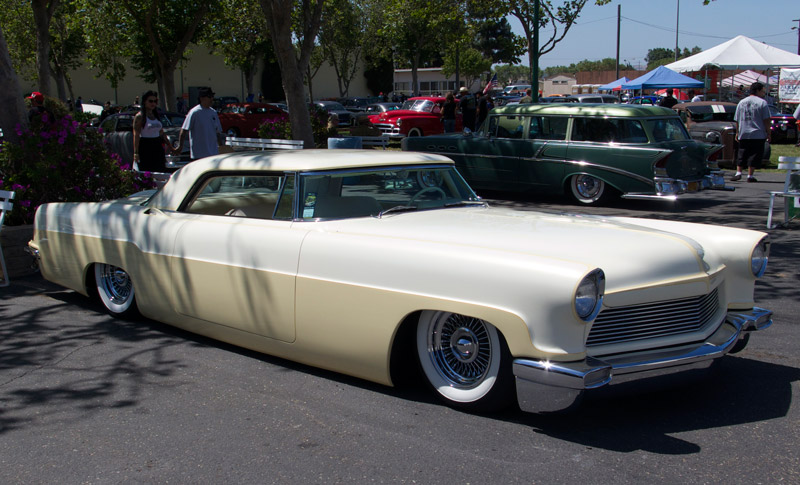 The scoop on the rear quarter panel was a factory item and was accentuated with ‘53 Merc chrome teeth. Rear wheel wells were lowered 3 inches to give them the right stance. Tail light lenses were stock items which were lowered and finished off by quarter inch round rod.

The Continental kit on the trunk, if anybody knows what it looks like on a stock car, sticks out like a sore thumb. However, not wanting to eliminate it because it is an identification of the Continental, Zocchi decided to chop, section and lean it forward.

The corners, hood and doors and trunk were rounded and then fitted with Unkl Al’s remote entry system.

After John Aiello spent numerous days on blocking and priming and got it to as good as it could get, he turned it over to the capable hands of the shop’s co-owner and painter, Darryl Hollenbeck.

Darryl then proceeded to sand and buff the car to a beautiful high luster. Art Himsl then pinstriped it. 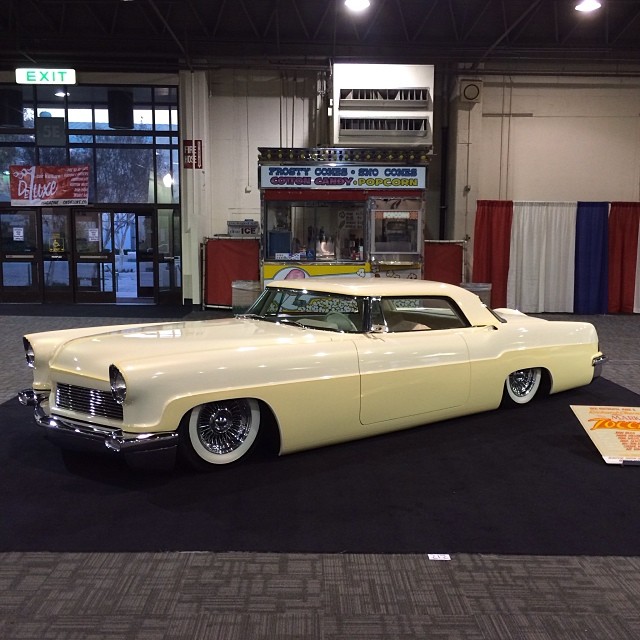 To create the interior, compatible with the luxurious exterior of this car, Zocchi commissioned Craig Willits to give it a simple but lavish look. Willits accomplished this mission very well! The stock power seats were used.

Craig built a semi-console in front to hold a Pioneer stereo which Craig also installed. The headliner was hand made and factory air ducts in those cars ran through the headliner. Craig altered everything to work, with the addition of new air ducts.

Bob Madsen was responsible for re-conditioning the factory air which did not work when the car was purchased.

The engine compartment is stock. It was cleaned, painted and detailed by Evan Kohler. Motor work was performed by Larry Kissinger.

The suspension in the front is a combination of ‘56 Ford spindles altered to fit the altered ‘77 Granada disc brakes. The rear end was lowered by reworking leaf springs, and lowering blocks. The frame was C’d and electric air shocks were used.

This car is one of the best driving cars Zocchi has ever had. 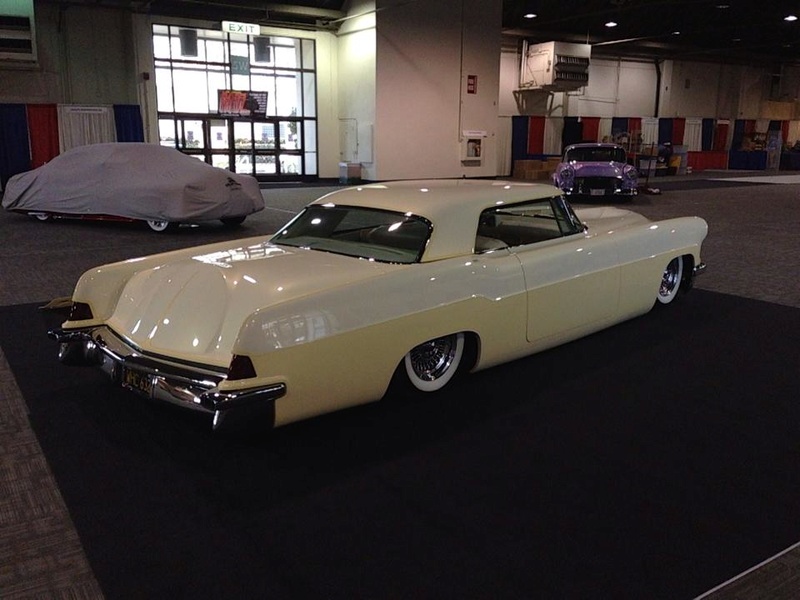 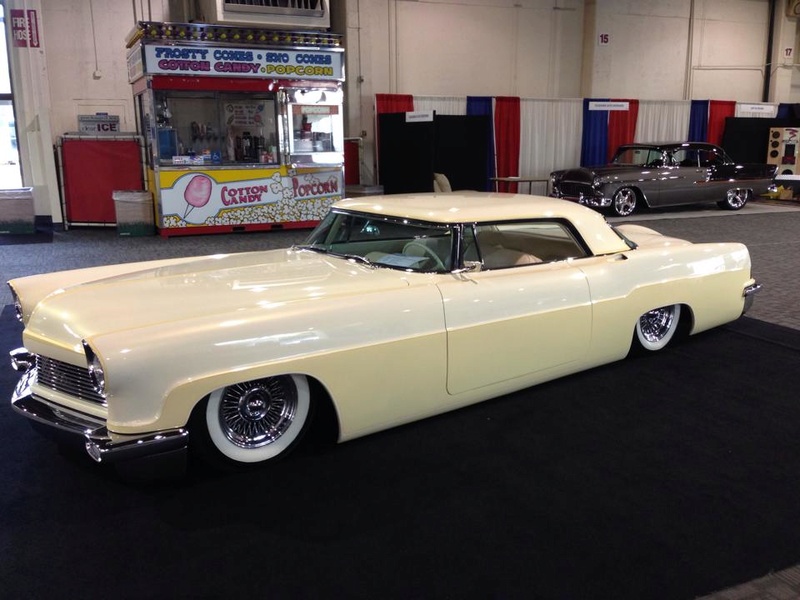 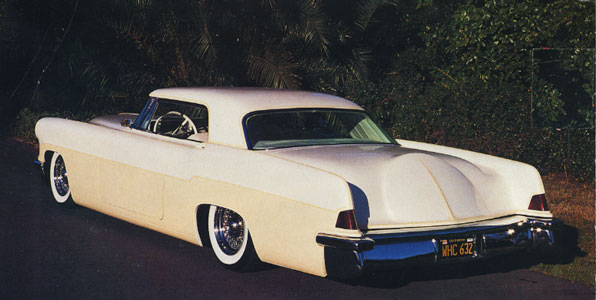