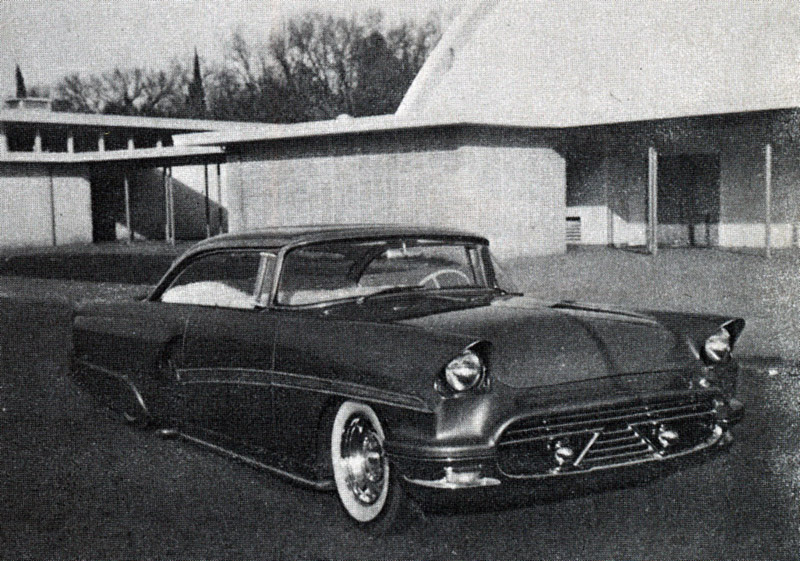 1956 Mercury restyled by Riley's Custom Shop for Ray Cress of Chico, California. Ray's Merc was nosed and decked and the door handles were removed. The hood-corners were rounded rounded, and the front received another appearance by composing a new grille made from rod tubing and checkered mesh screen. The stock bumper was swapped in favor of a 1956 Oldsmobile unit. The upper part of the grille shell was reworked to match the profile of the Olds bumper, small bullets were mounted on the lower part of the grille as well. The rear fenders were extended 8" to allow 1956 Packard taillights to be installed. The rear bumper originated from a 1954 Cadillac. 1957 Ford sidetrim was installed, giving the car a new profile at first view. Air scoops were made onto the leading edges on the bulge located on the rear fenders and filled with mesh screen. A set of airscoops were incorporated at the ends of the 1957 Ford trims as well. Luchinbill's Upholstery in Chico, stitched up a complete new interior in pleated and rolled lime-gold and white leather. The car was fit with long fenderskirts from a 1957 Mercury, making the car look longer and sleeker. Once the bodywork was done, it was painted in lime-gold lacquer with scallops. Side stacks were added and the wheels were reversed, chromed, and fit with small hubcaps with bullets attached.[2] 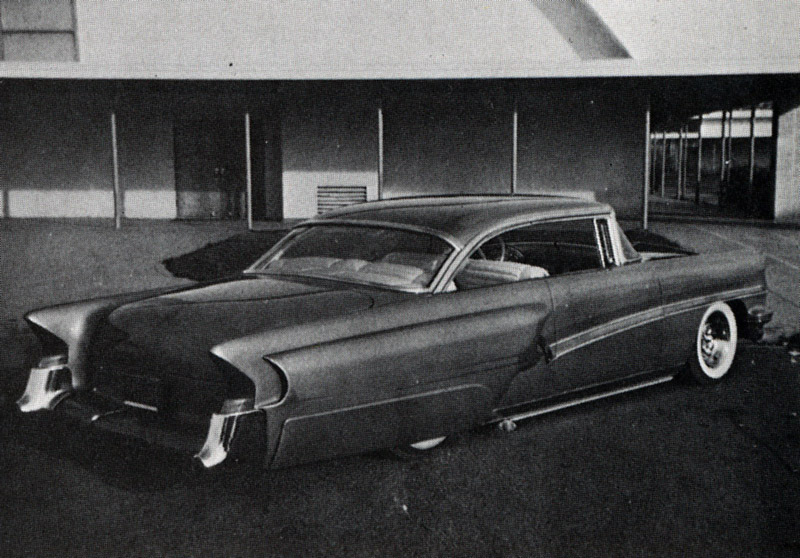 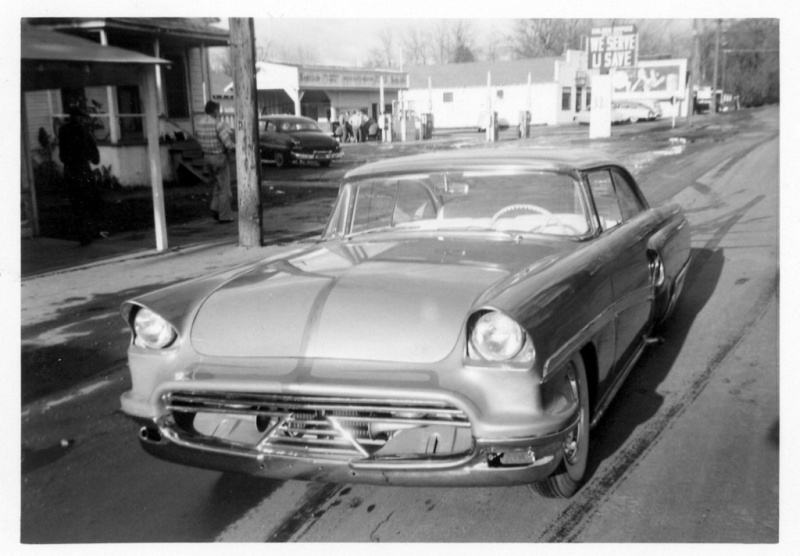 In 1958 Ray's Mercury was nominated as one of 28 "Top Customs of the Year" in Motor Life July 1958, and a photo of the car was featured on the cover of the magazine. 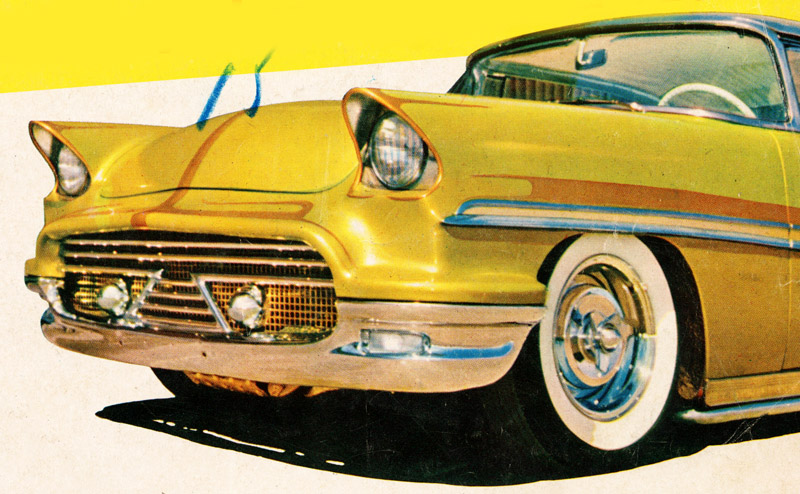 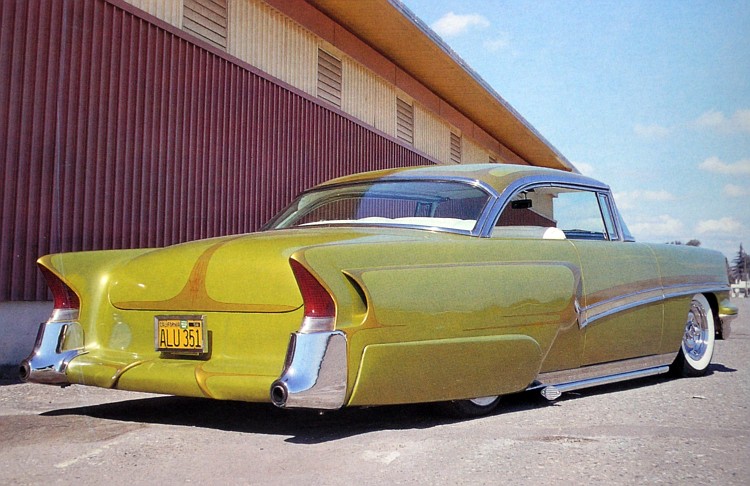 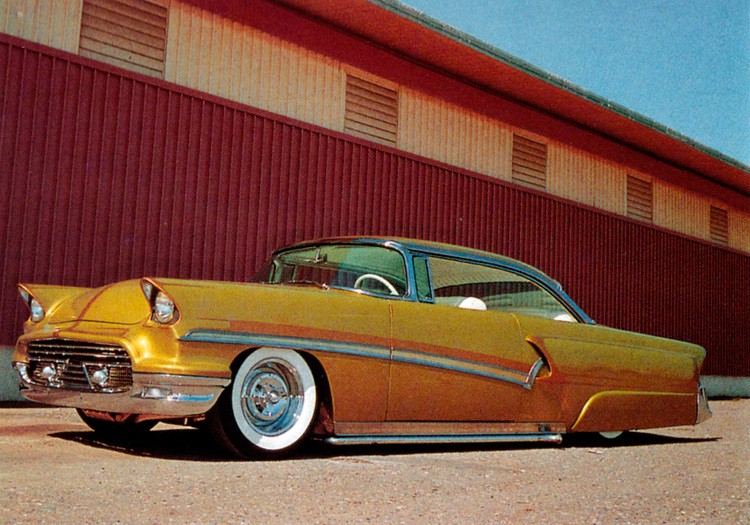 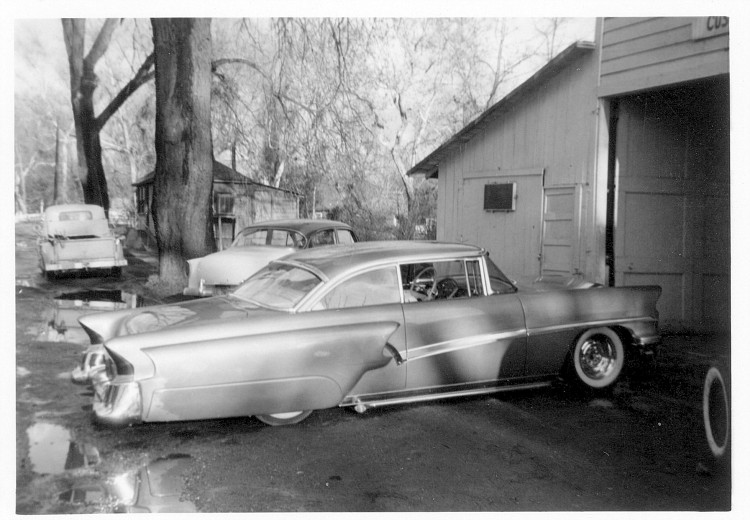 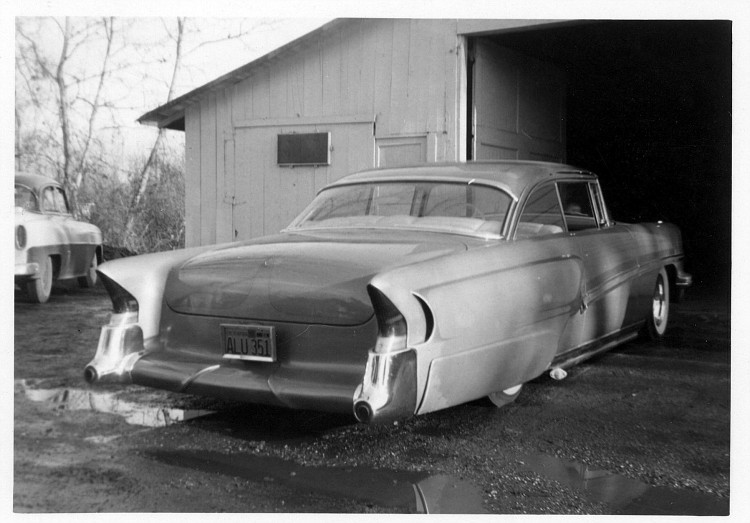 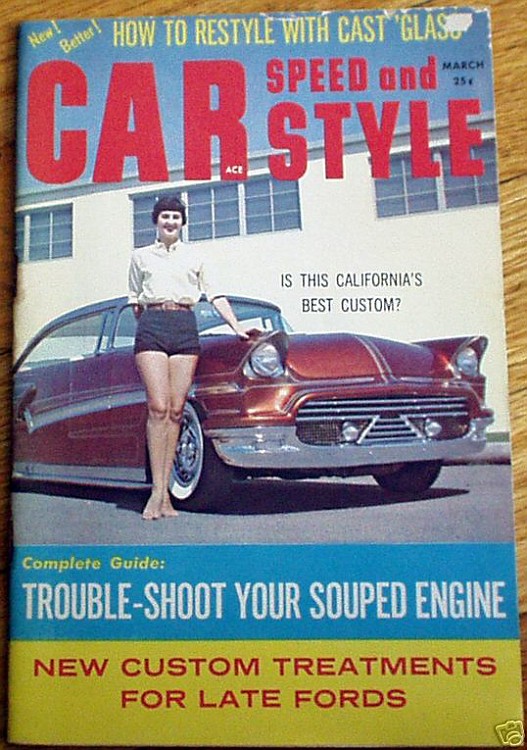 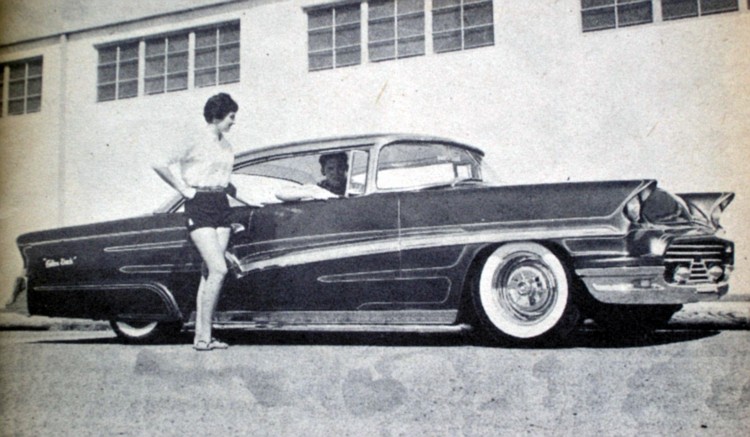 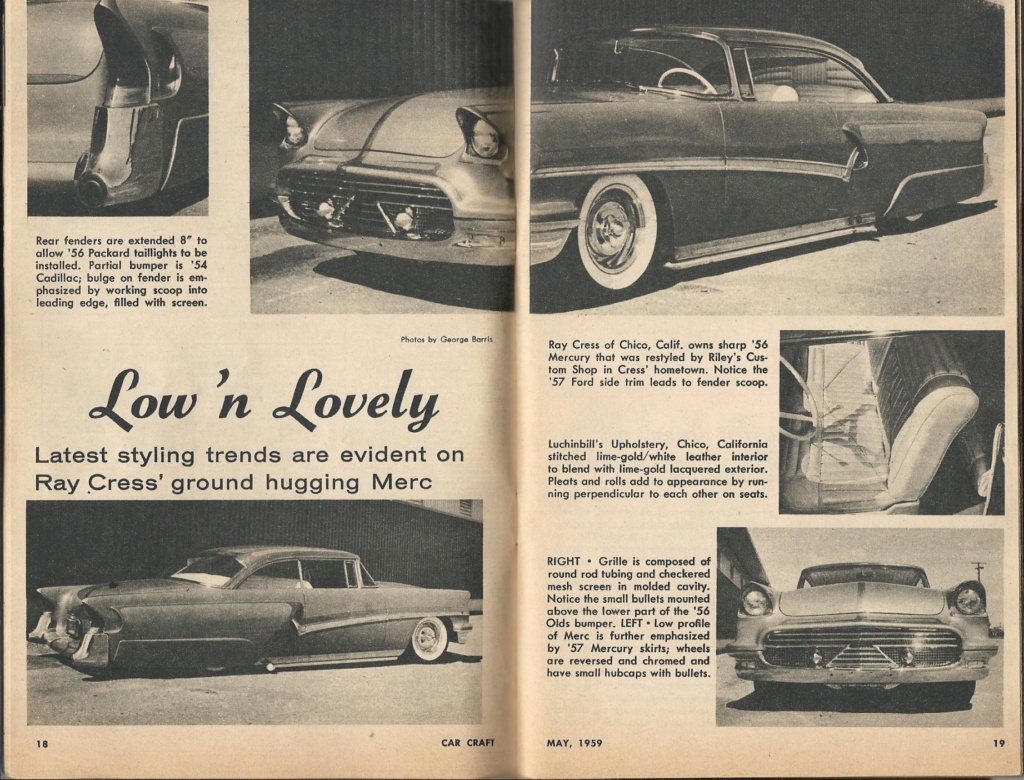 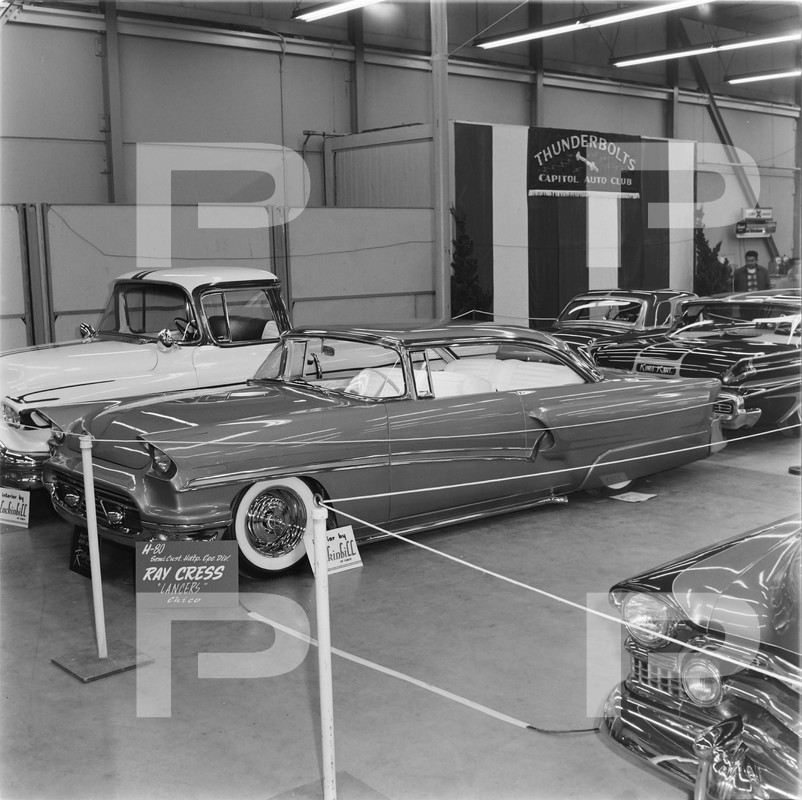 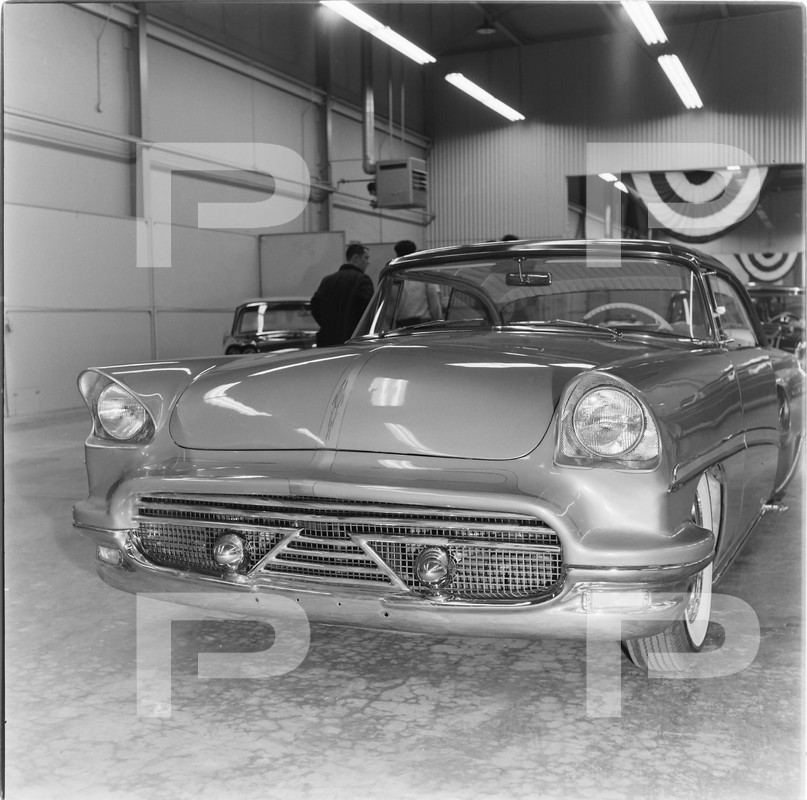 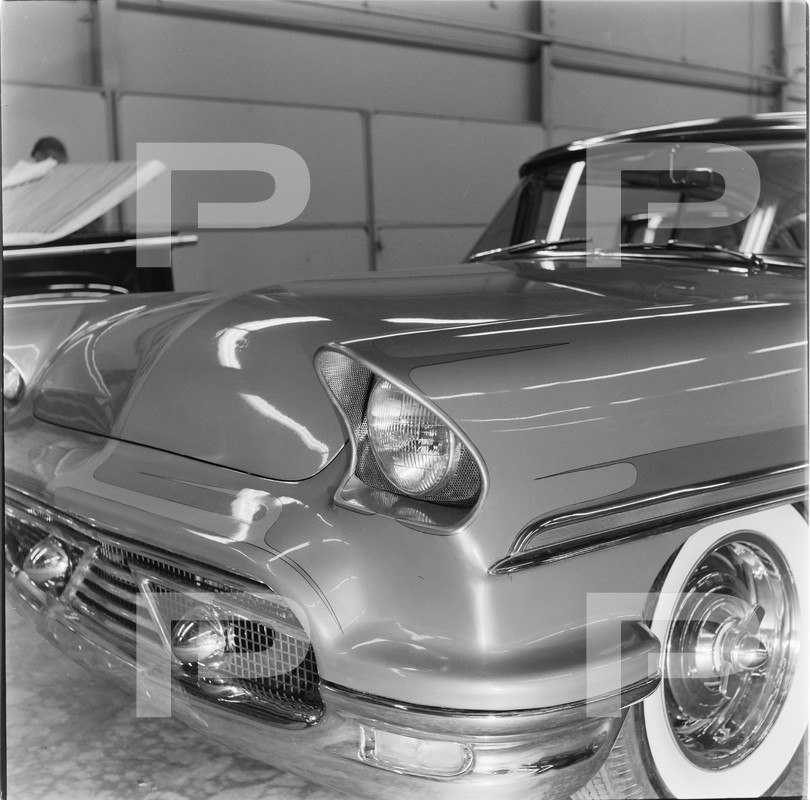 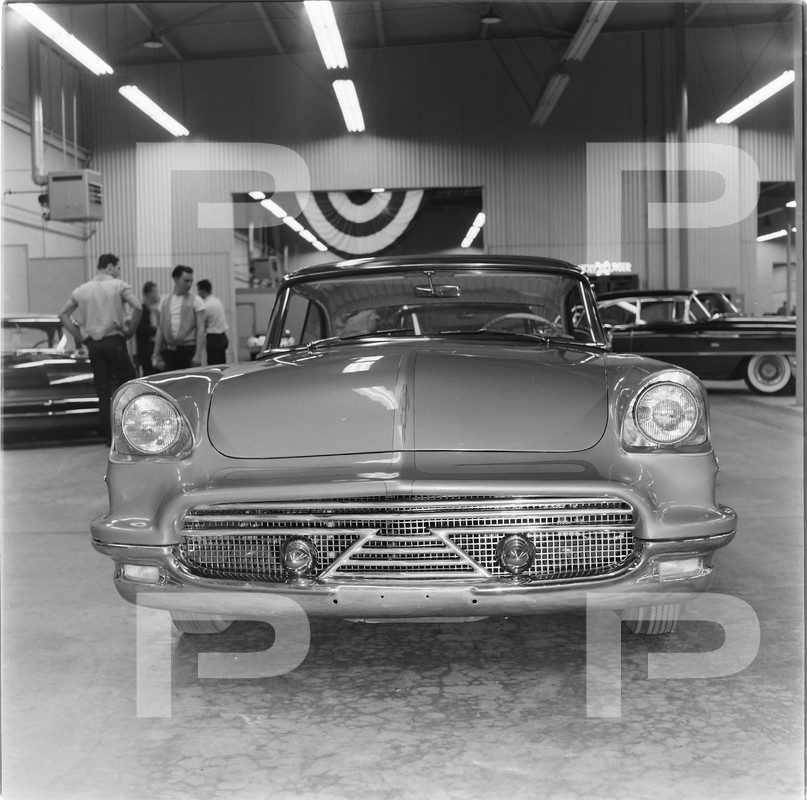 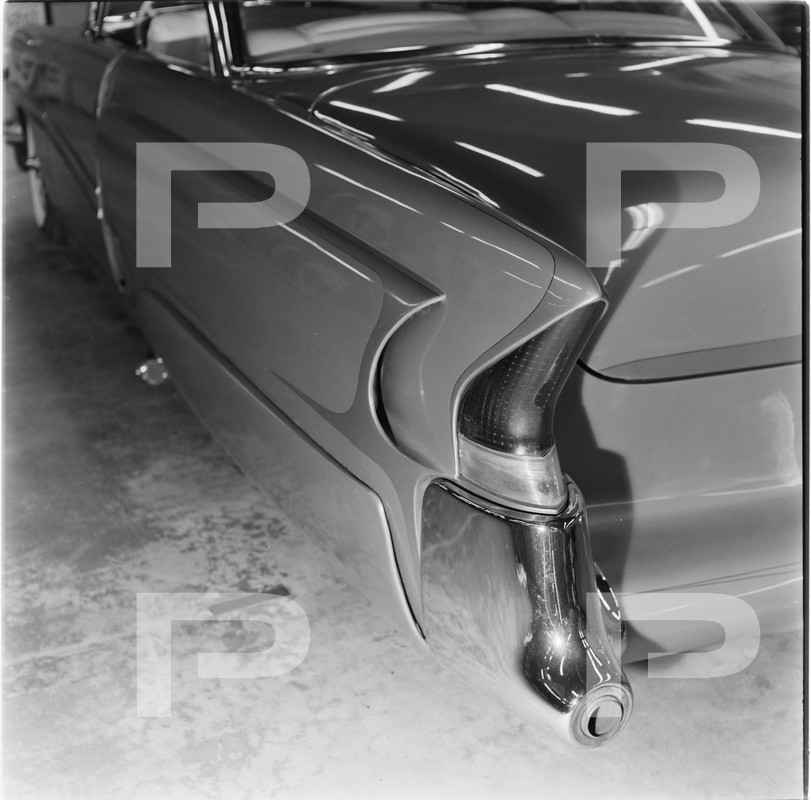 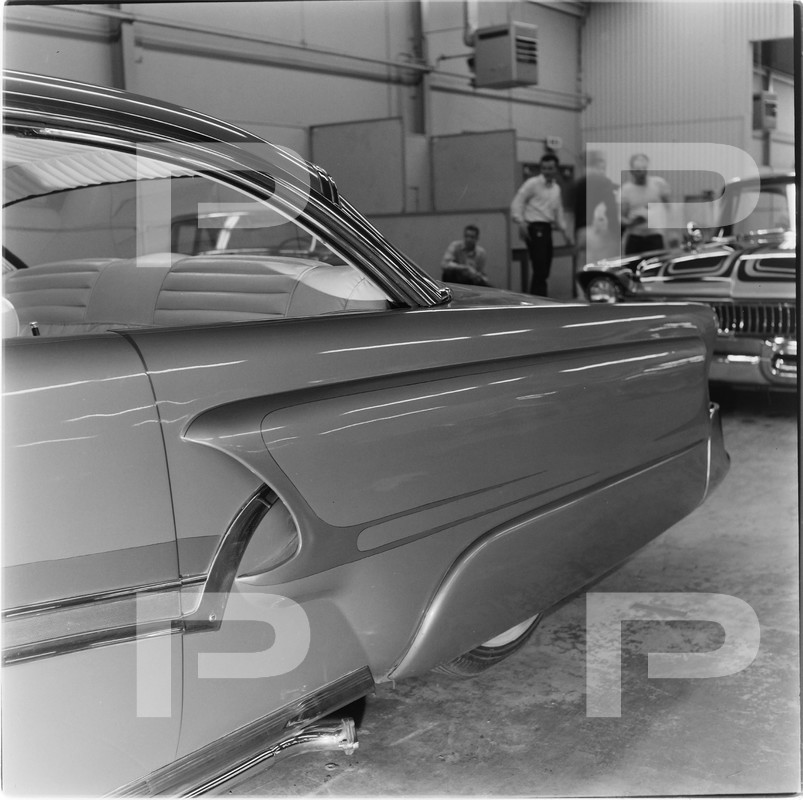