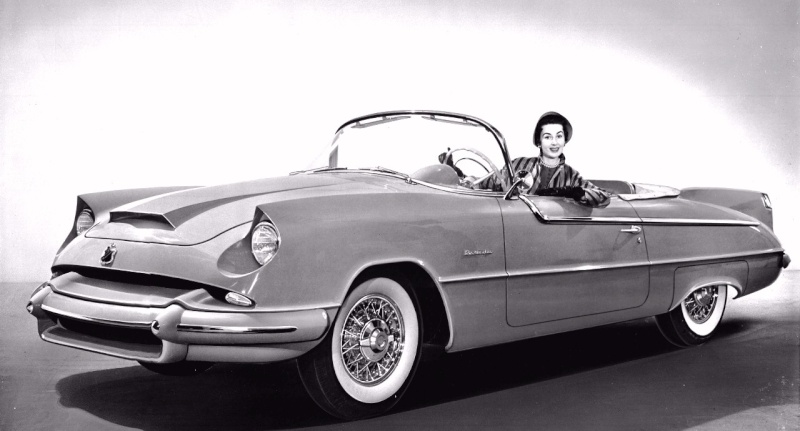 1954 Dodge Granada, typified Don Mitchell’s experiments with fiberglass as a body material. Sitting on a regular production Dodge chassis and powered by a 150-hp, 241-cu.in. Dodge Red Ram Hemi V-8, the concept car uses a one-piece body, an advancement over how other fiberglass production and concept cars of the day were assembled from multiple fiberglass pieces . The Granada topped the auction, selling for $228,800. - See more at: http://blog.hemmings.com/index.php/2014/08/25/oldsmobile-super-88-fiesta-sells-for-77000-at-station-wagon-centric-auction/ 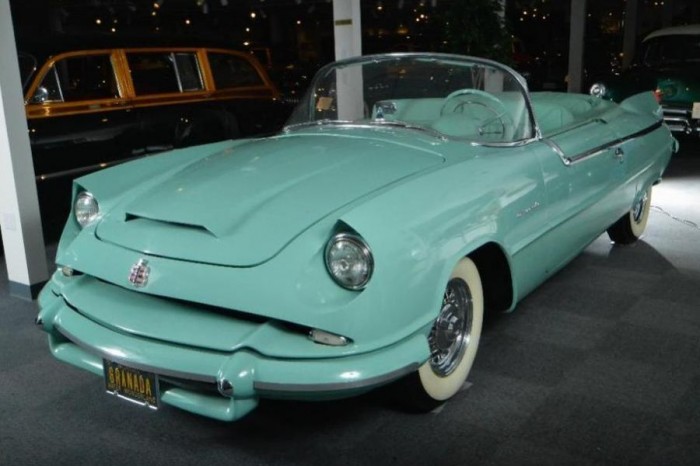 Another joint project was the 1954 Dodge Granada show car. Creative fabricated the fiberglass body panels and assembled the vehicle and Ionia furnished the trim and interior. According to the March 1954 issue of Popular Science, the Granada was the “…first car ever built on conventional chassis with a one-piece, all-plastic body, Granada even has bumpers, structural body members and body-attaching brackets of glass fibers. Car is 211″ long.” 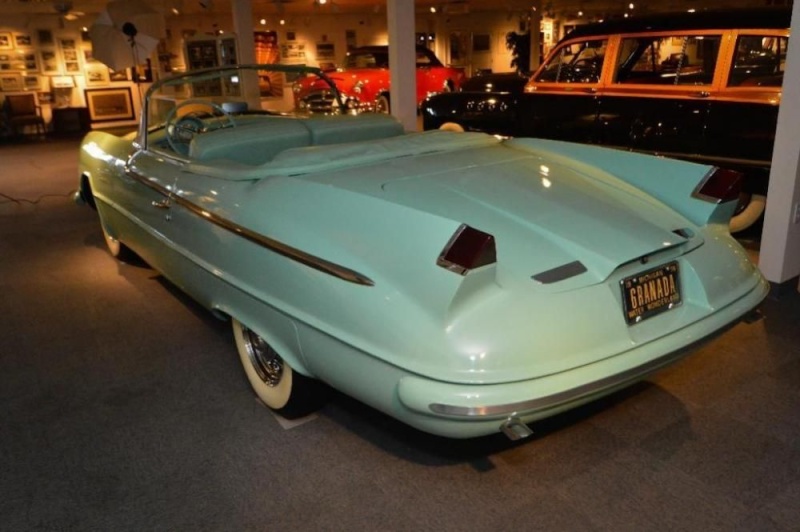 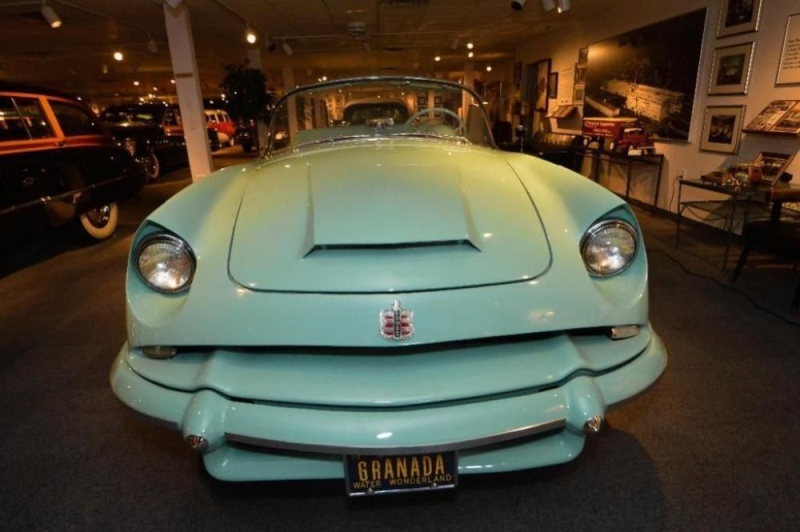 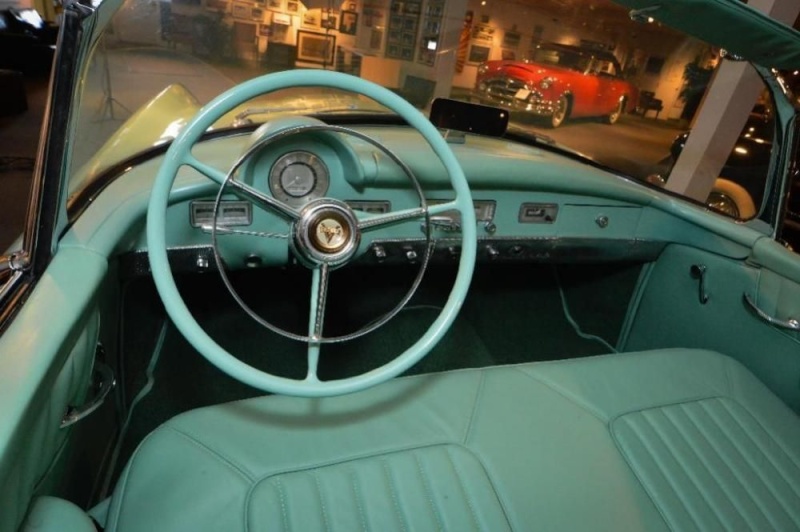 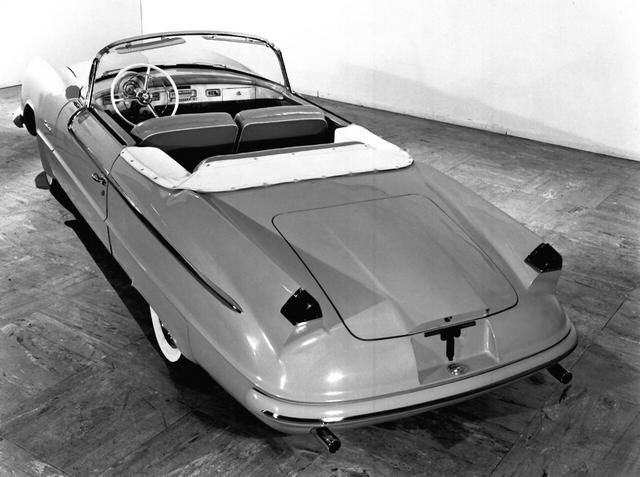