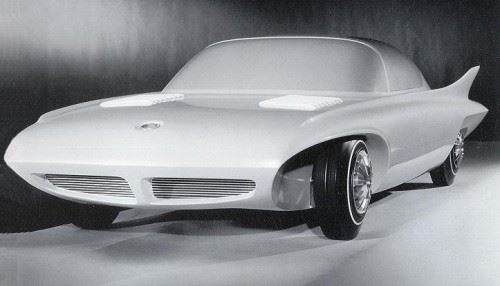 1959 DeSoto Cella I concept car.
DeSoto celebrated 30 model years of production in 1959. Part of the commemoration was this Cella I concept car.
Not a car in the true sense, the Cella I was a less-than-life-size scale model. Although physically small, the concept was big. Here was a proposal for an autombile powered by an electro-chemical, fuel-cell system with electric motors driving each of the four wheels. The system even foresaw using braking to regenerate electricity for the batteries.
The Cella I predicted today's plethora of domestic-appliances adapted to SUVs and minivans. Inside the flat-floored cabin were representaions of: a refrigerator, television, stereo tape system, pop-up storage and a beverage dispenser.
Read more: http://www.duricy.com/~desoto/exhibitions/areaex_3.html 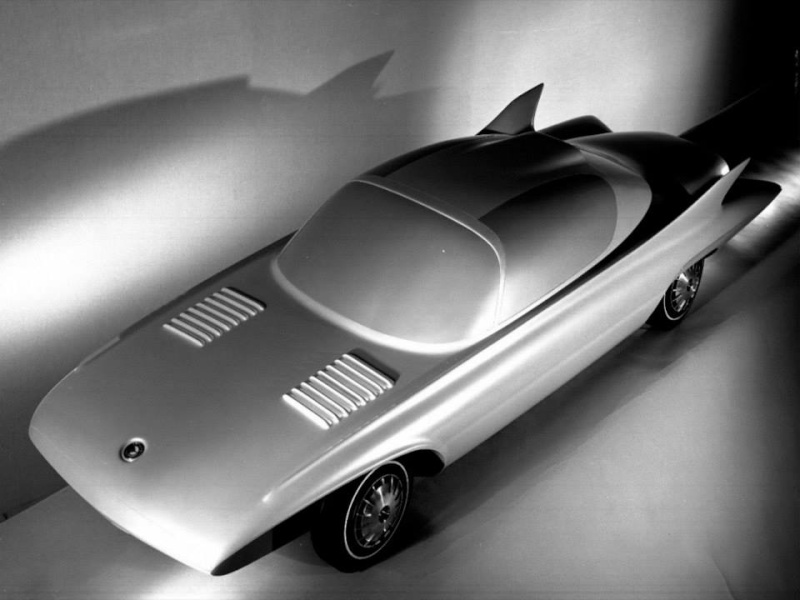 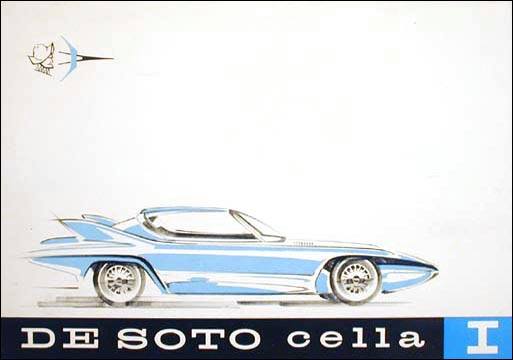 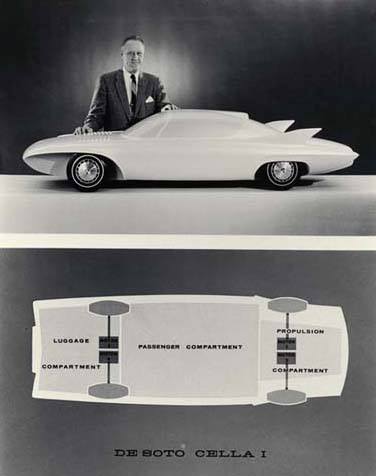