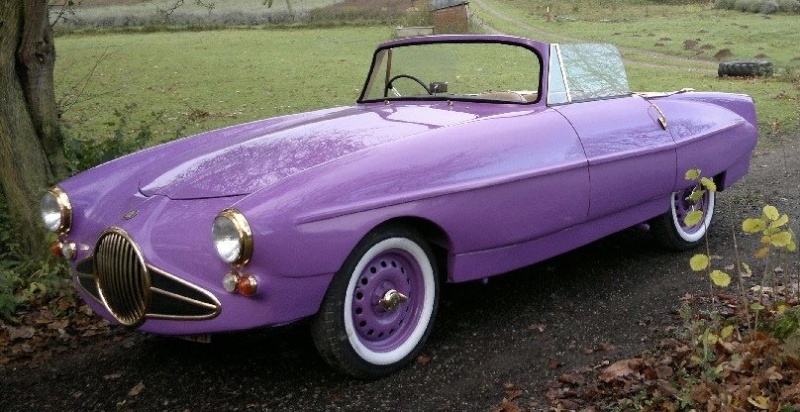 The 1960 Lea-Francis Lynx, UK.
"Only three Lynxes were made, all prototypes. This was a tube framed 2+2 roadster with a Ford Zephyr 2.6 litre inline-six engine. The example displayed at the British Motor show was famously painted in mauve with gold trim."
http://en.wikipedia.org/wiki/Lea-Francis 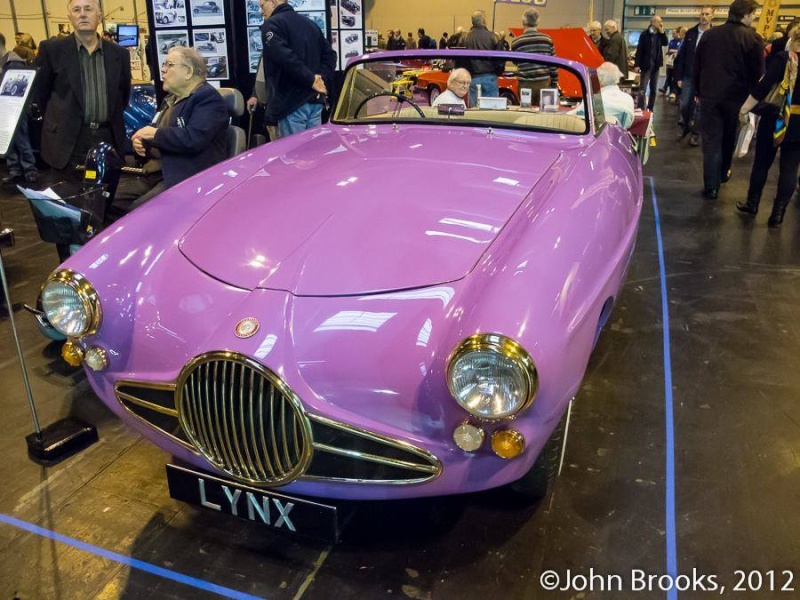 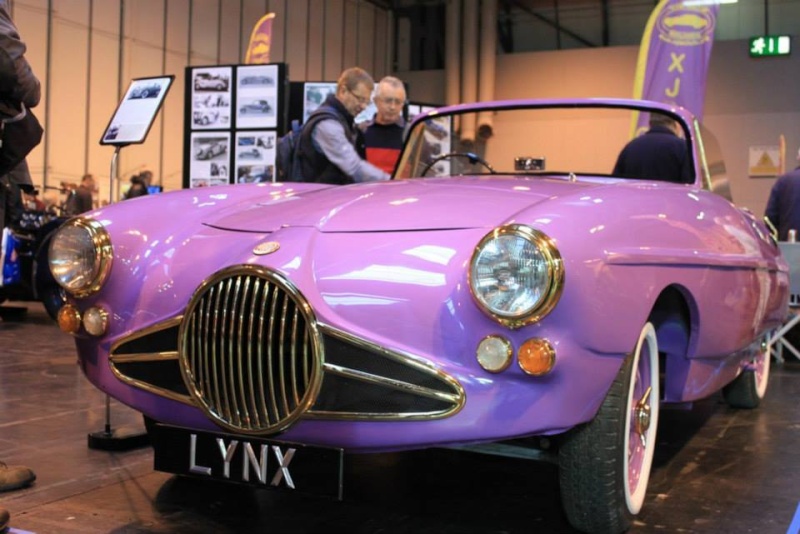 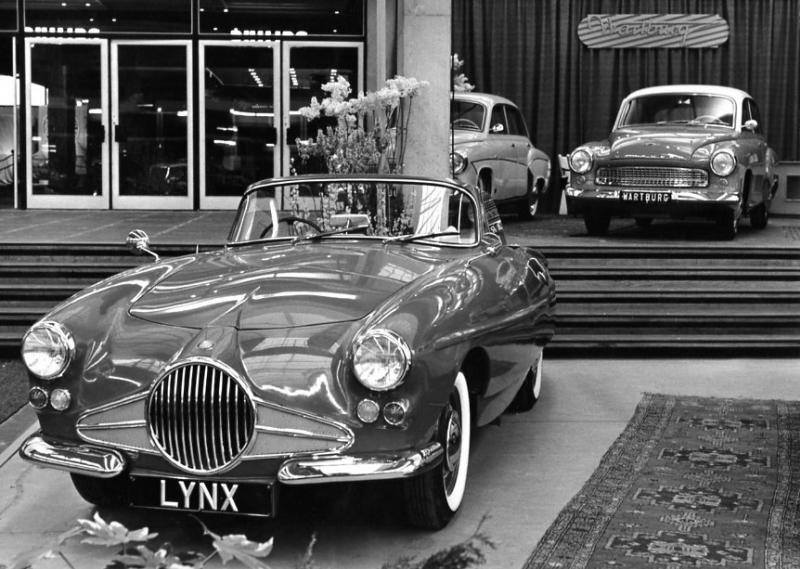 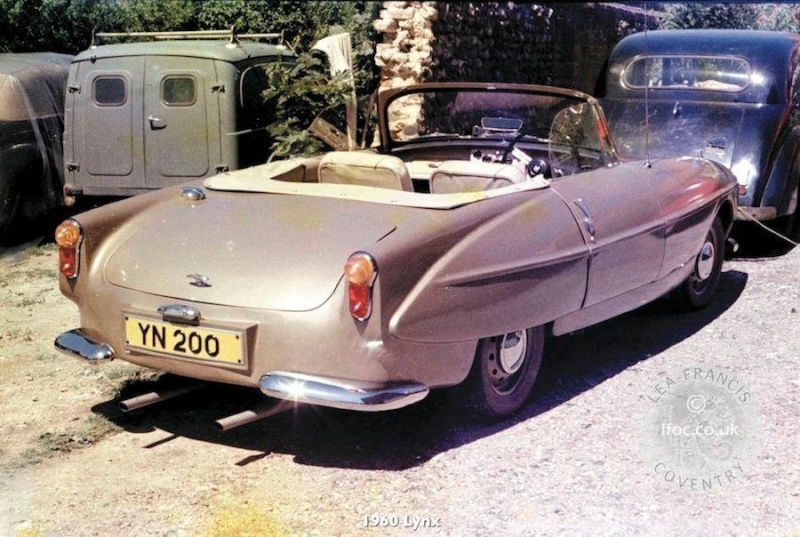 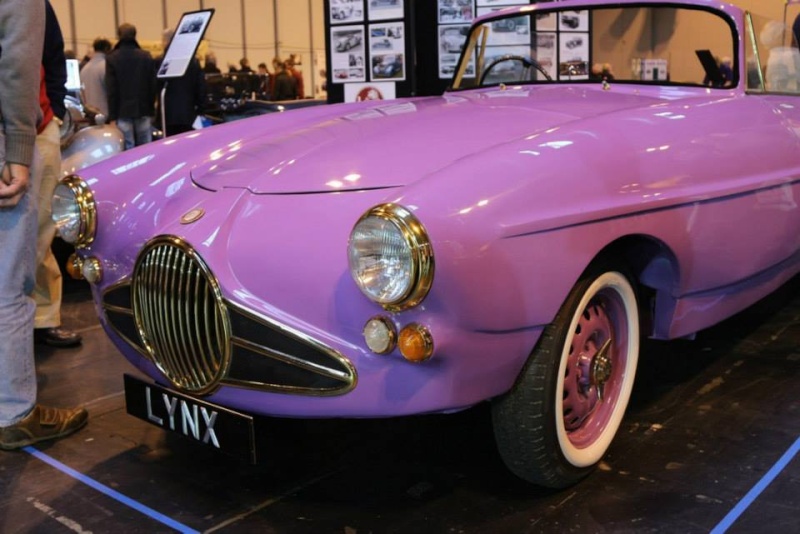 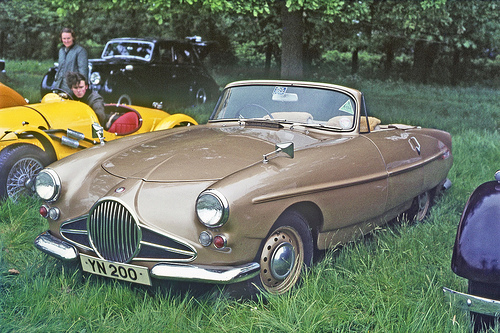 at the 1960 Earls Court Motor Show after just six months’ hurried preparation, the Leaf-Lynx roadster followed a six year hiatus in car production at the Lea-Francis factory, as well as much financial uncertainty.

That this engineering feat could be achieved in such a short time is a tribute to the dedication of the factory staff who must have worked tirelessly to revive a 1948 tubular steel design for the 14hp Sports chassis, incorporate Dunlop disc brakes, design and build a rack and pinion steering rack, and adapt a Ford Zephyr engine and Triumph TR3 gearbox to fit. The final product showed considerable attention to detail, and no sign of the haste at which it was pressed into production. 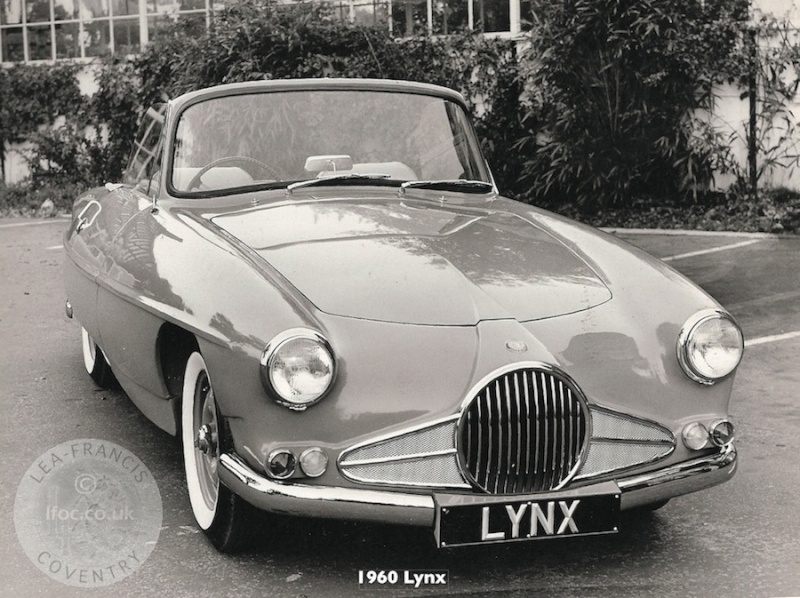 Despite the high hopes of both staff and management, the somewhat unique styling of the Lynx failed to impress the car-buying public, and no orders were received. Three Lynx roadsters were built before Lea-Francis abandoned the project. It was unquestionably a very expensive project for the struggling factory, and doubtless contributed to the eventual closure of the factory. 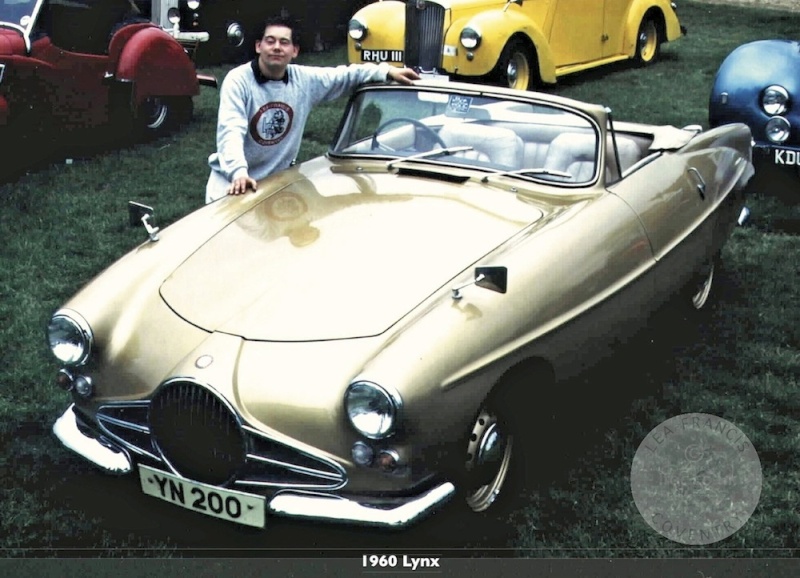 The total production of three Leaf-Lynx roadsters have survived, all in Club members’ hands, and a further chassis was discovered in the USA and fitted with a skimpy body and cycle wings for racing.
http://www.lfoc.co.uk/vehicle/lea-francis-lynx-1960-1961/ 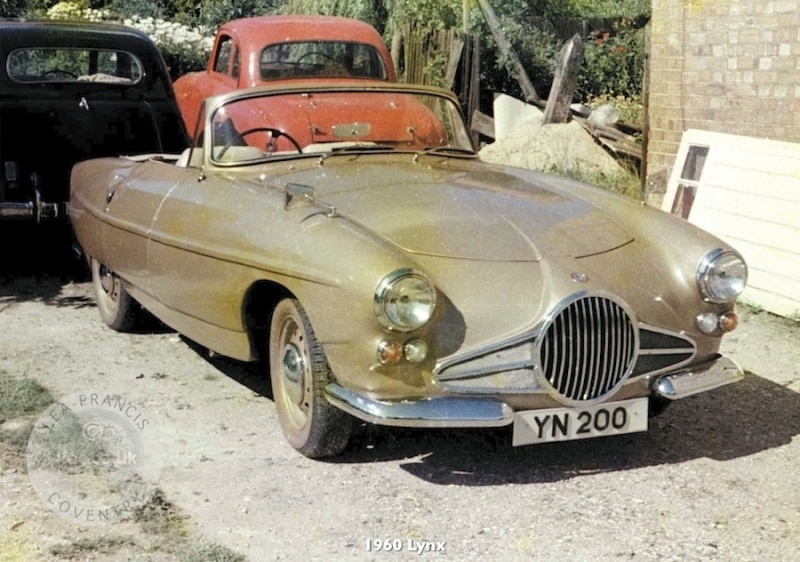