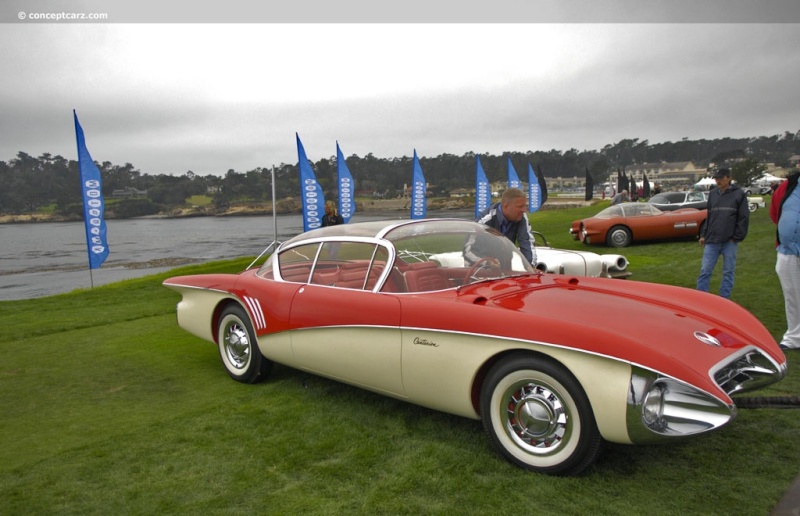 The Buick Centurion Concept was first shown to the public at the 1956 Motorama Show. The body was constructed from fiberglass and the interior was inspired from the cockpit of an airplane. The bubble top roof was a bold and dynamic design move. The aerodynamic features of the car began in the front and gently flowed through the rest of the vehicle and to the rear. The two-tone paint scheme was accented by its white-wall tires and red interior. 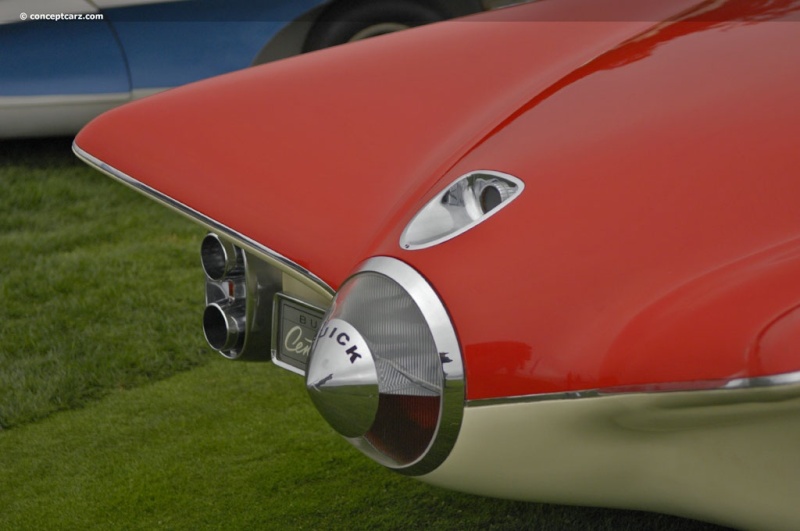 Power was from a 325 horsepower V8 engine that was hidden under the long hood that sloped toward the front and the grille. The headlights were recessed far behind the bumper, and were part of the body shell. The inside passengers received fresh air front he twin air scoops positioned near the sides. 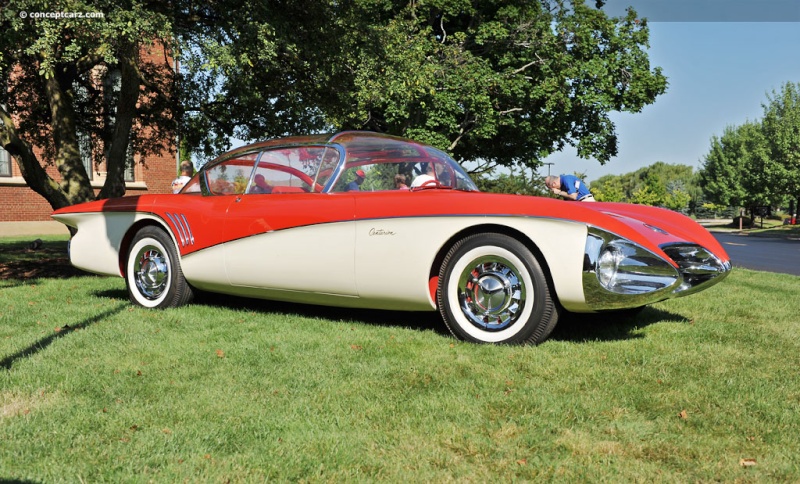 The rear of the car was just as revolutionary, featuring 'wing-type' fenders that would later be seen on the 1959 Chevrolets and Buick models. There was a television camera in the rear that would report traffic to the driver via a television screen mounted in the dashboard. 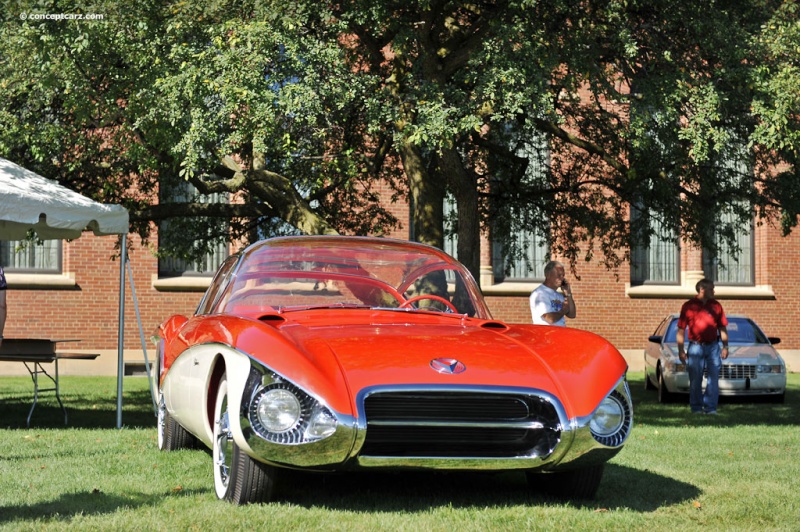 The inside was trimmed in red leather and brushed bright metal. When the doors were opened, the front seats automatically slide back, offering additional room for easy entry and exit.
By Daniel Vaughan | Apr 2010 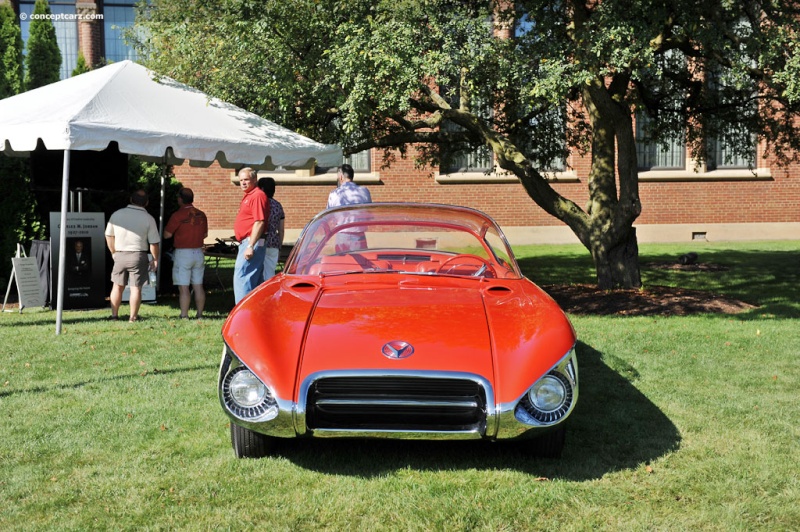 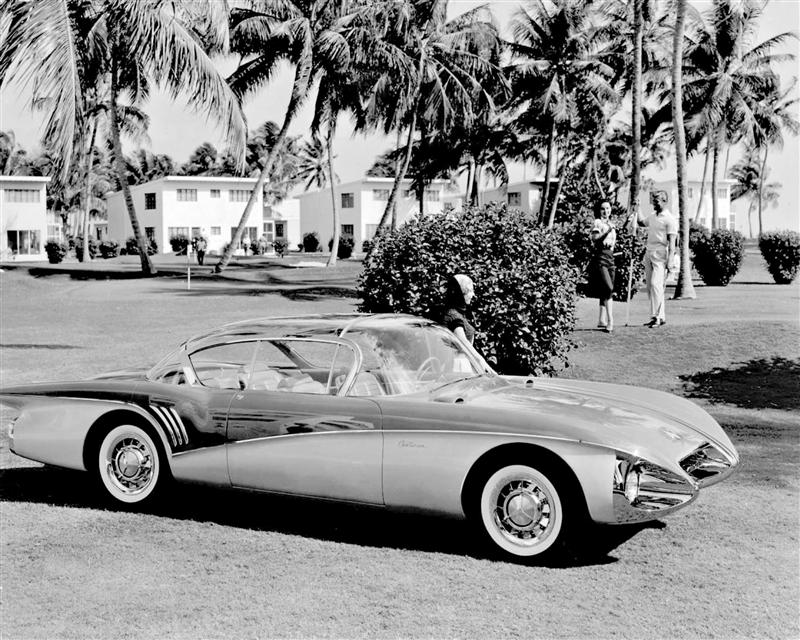 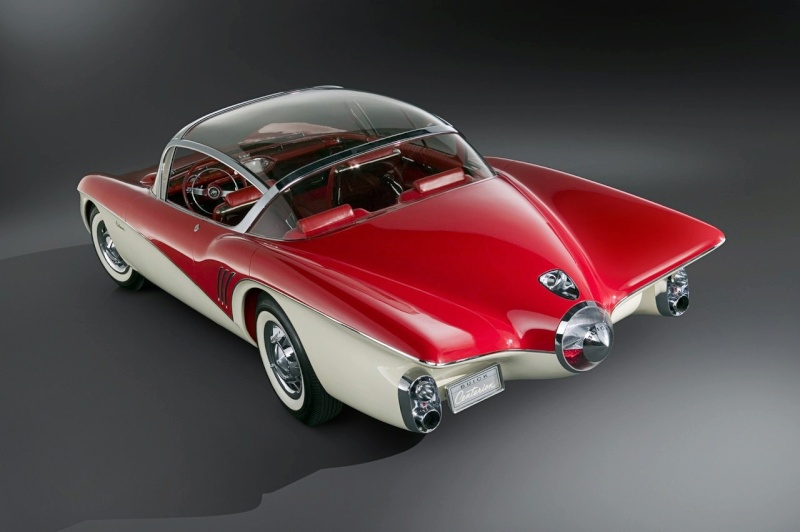 The 1956 Buick Centurion was an aerodynamic four-seat coupe with a patented rear-mounted television camera to provide a rear view to the driver. Front seats automatically slid back when the doors were opened for easier entry and also moved forward to provide entry and exit to the back seats. A cantilevered steering wheel positioned the steering shaft down the centre of the car, allowing more legroom for the driver. 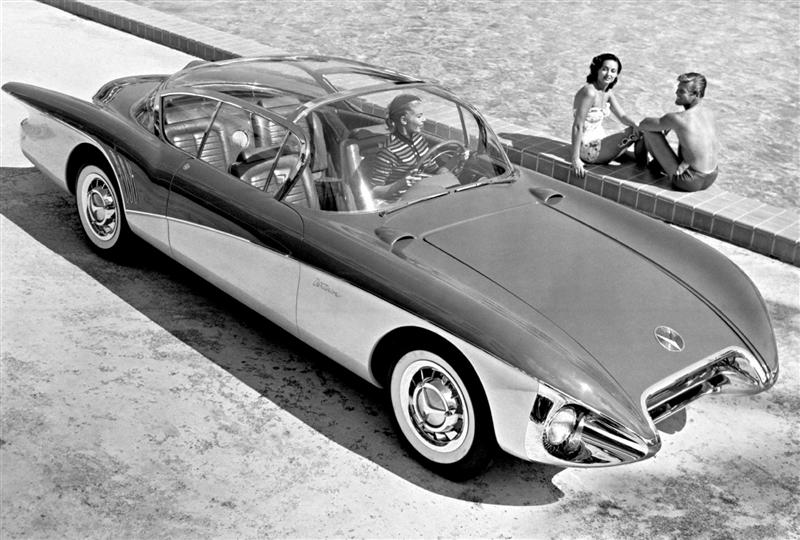 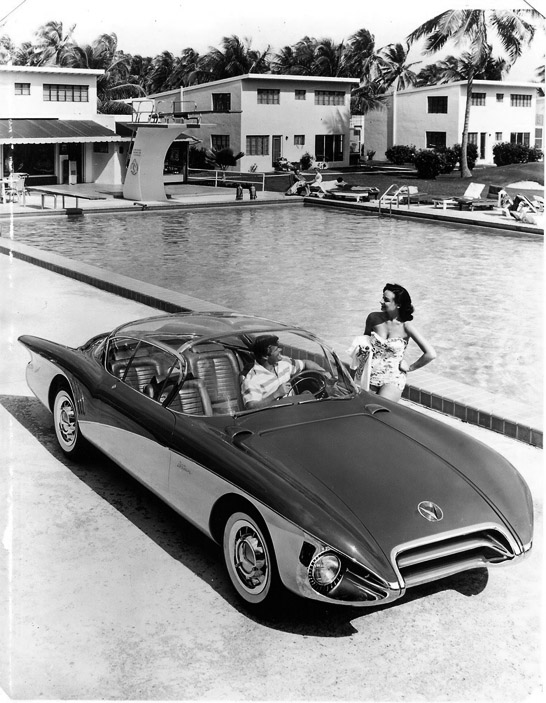 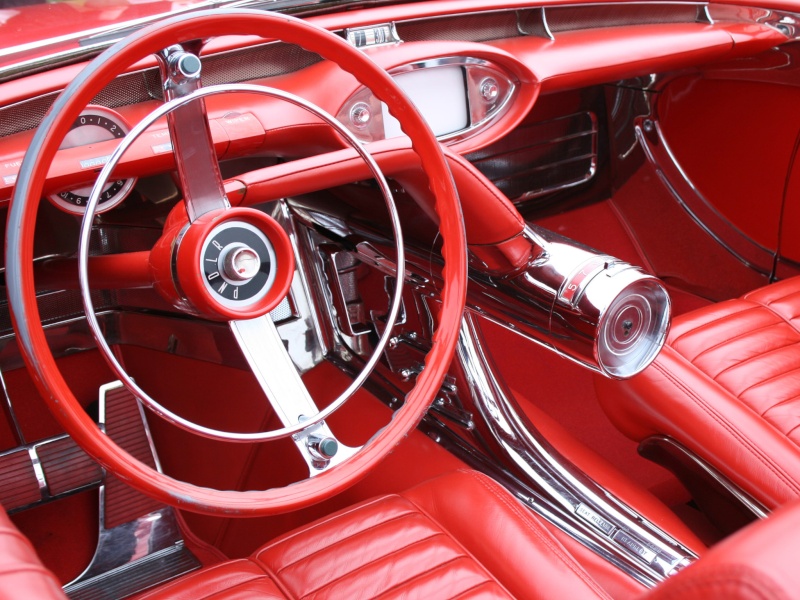 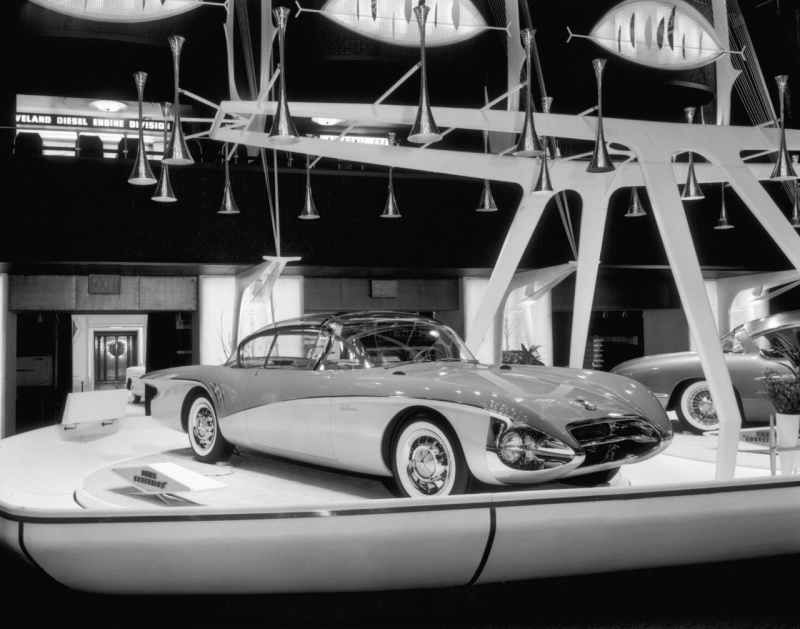 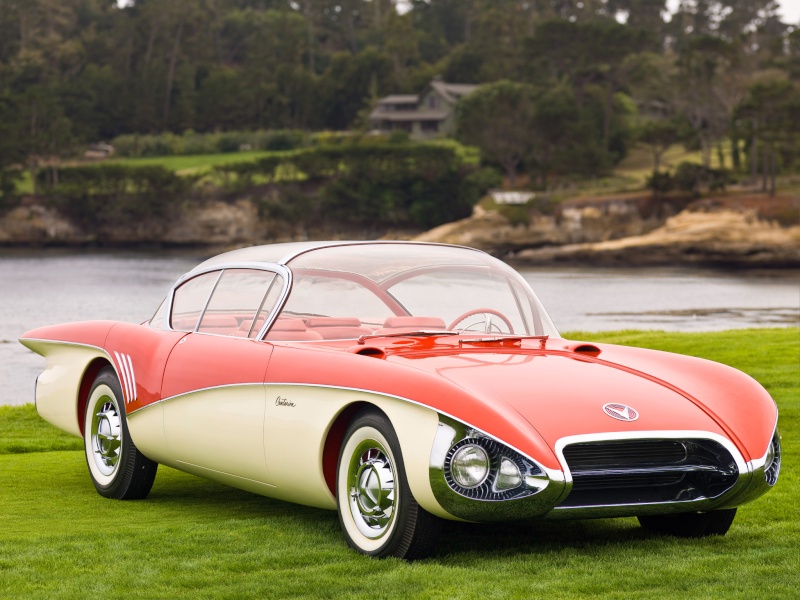 This two-door, four-seat fiberglass concept was both a design and technology pioneer of its time. The long hood with sloping nose and recessed headlamps from the bumper was a revolutionary automotive style. Its “wing-type” rear fenders would preview cues later found on the 1959 Buicks. The Centurion also featured front seats that would slide back when the doors were opened, and it even previewed a screen in the dashboard that would display images from its rear-view camera. -
See more at: http://blog.hemmings.com/index.php/tag/buick-centurion/ 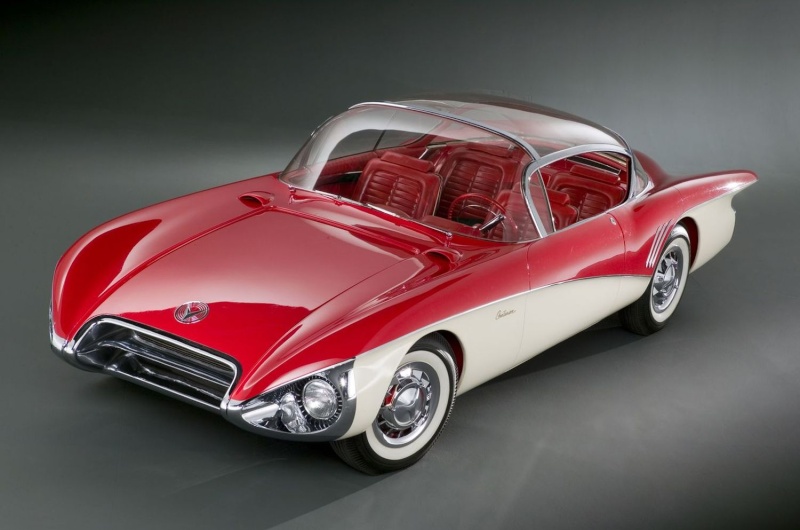 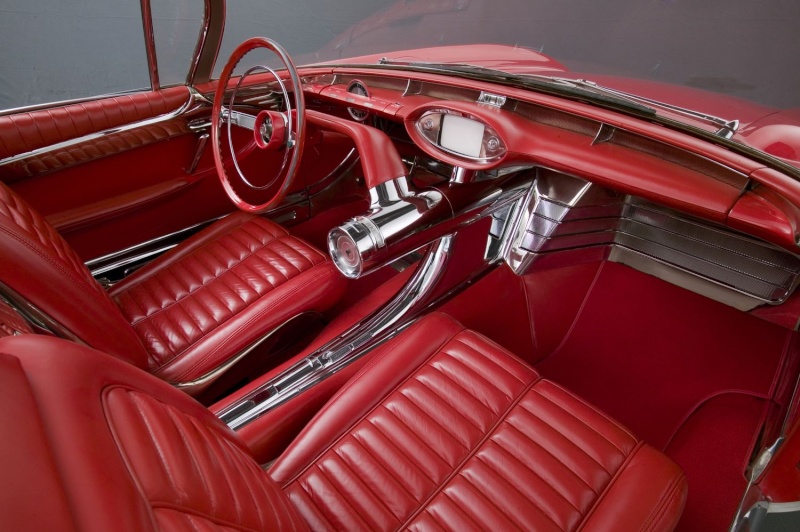 From GM Heritage Center: The 1956 Buick Centurion Concept was first shown to the public at the 1956 Motorama Show. The Centurion was a two-door four-passenger coupe constructed of fiberglass with a red upper body, a brushed metallic finish on the lower portion and an all glass top. It was powered by a 325 horsepower V8 engine. 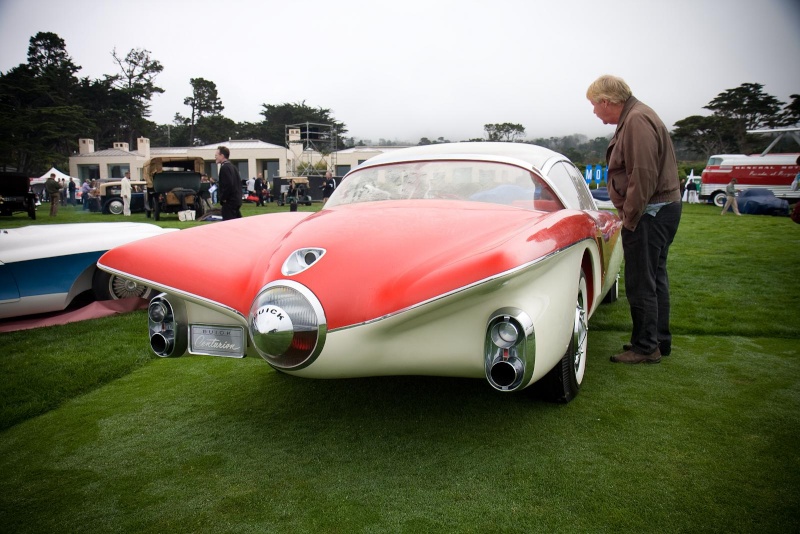 It featured "wing-type" back fenders, which previewed the styling of the 1959 Chevrolets and Buicks. Also, the Centurion featured a television camera in the rear to report traffic to the driver via a television screen in the dashboard, replacing the rear view mirror.

The front end of the Centurion was of a revolutionary new design with the long hood sloping toward the front and the grille and headlights recessed well behind the bumper, which is an integral part of the body shell. Twin air scoops near the sides and directly in front of the windshield provided fresh air for the interior of the passenger compartment.

The interior of the Centurion was trimmed in luxurious red leather and fiberglass with appointments in brushed bright metal. Front seats automatically slide back when the doors were opened for easier entry. The steering column was located in the center of the dash with a cantilever suspended steering wheel similar to the controls in an airplane. 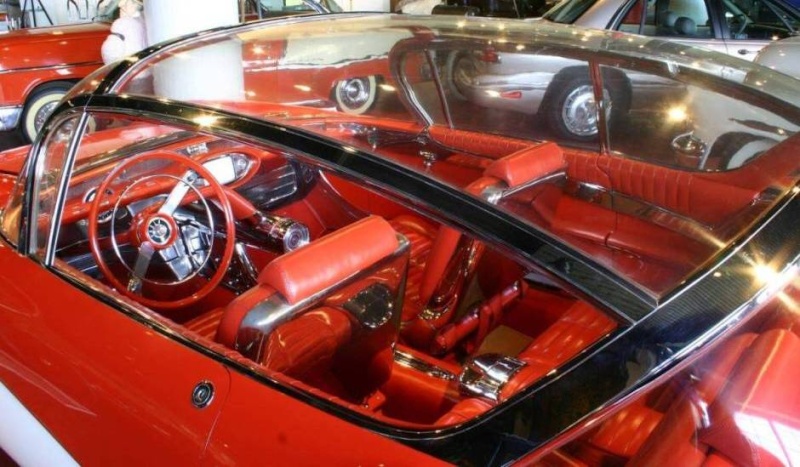 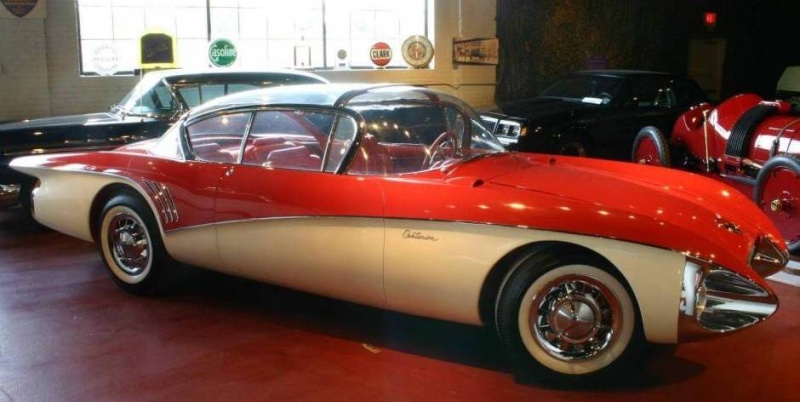 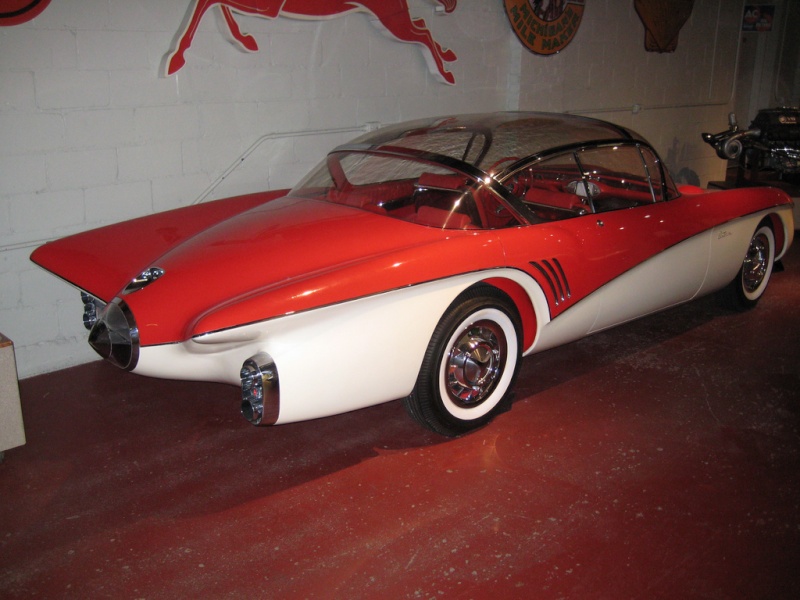 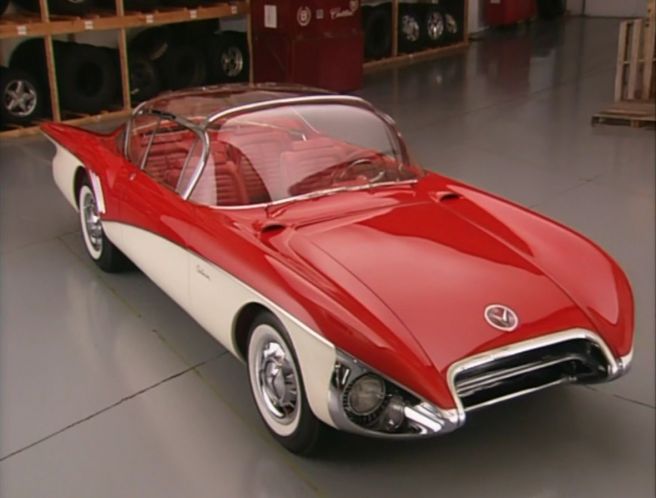 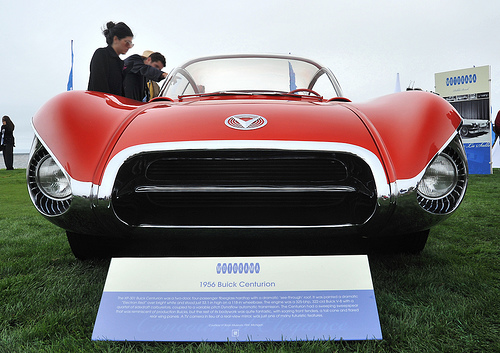 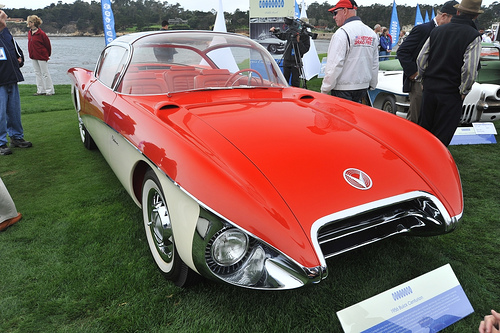 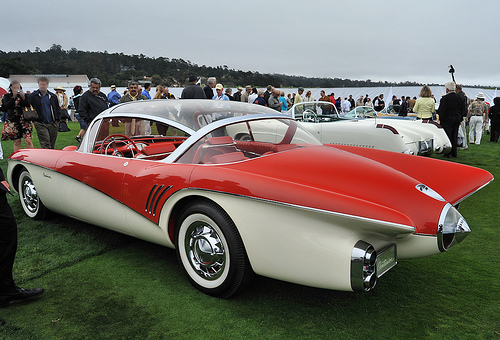 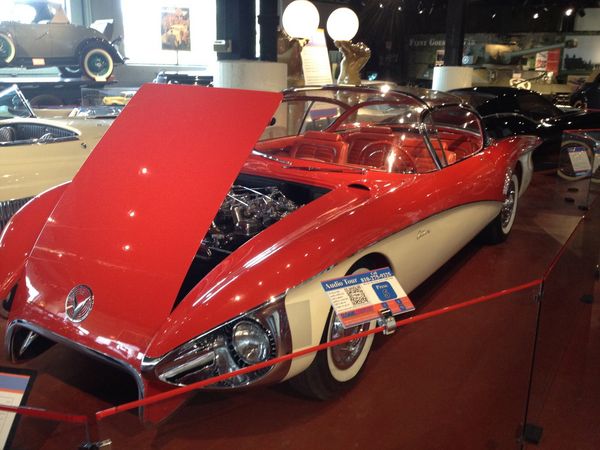 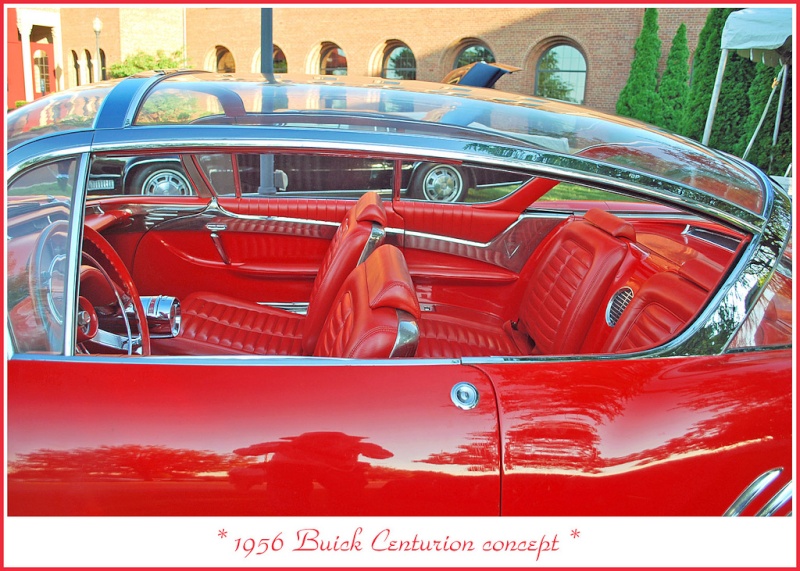 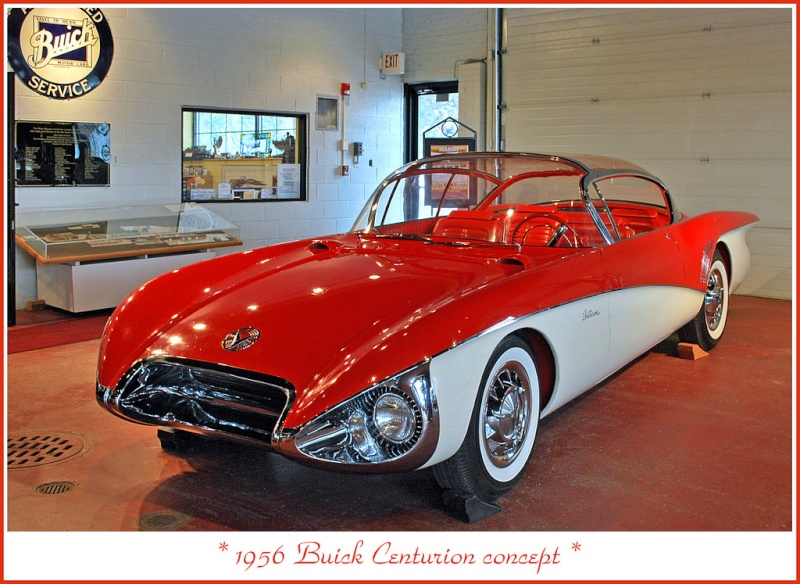 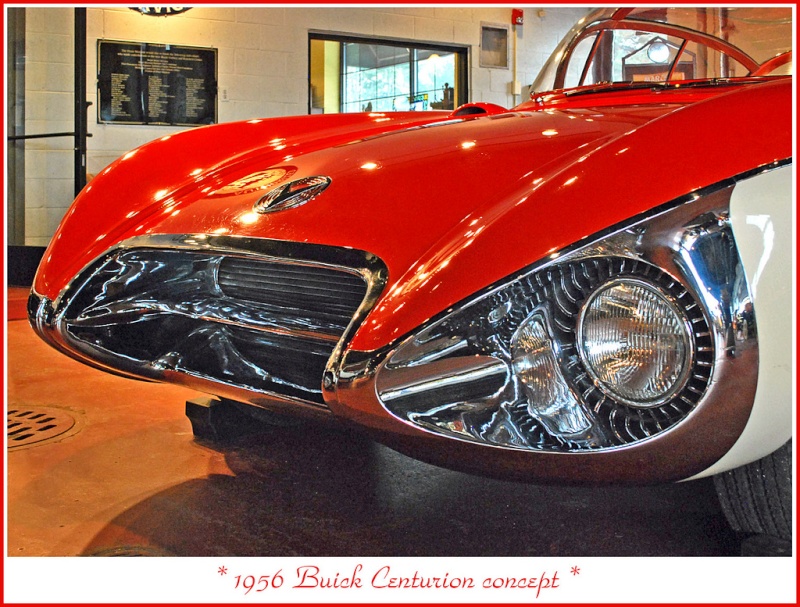