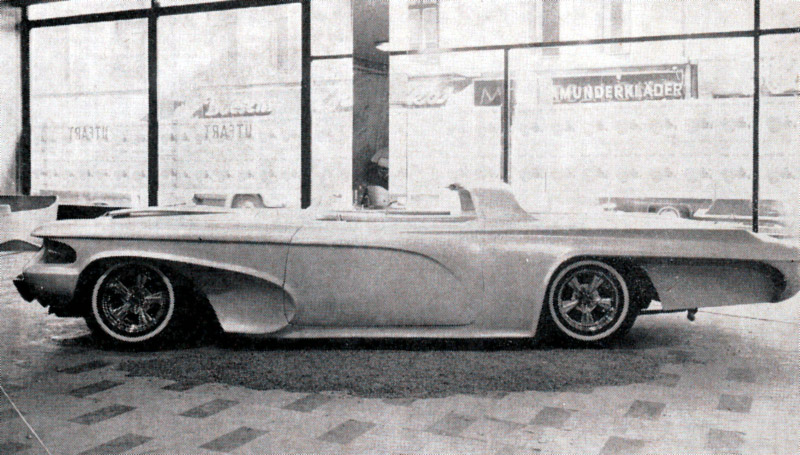 1959 Ford Thunderbird owned and restyled by Bo Sandberg of Yanke Customs in Älvesjö, Sweden. After building a mildly customized 1959 Ford Thunderbird named the "Surfin Bird", Bo started building a more radical Thunderbird custom called the "Wild Bird" in 1965. Bo based the Wild Bird build on a Thunderbird coupe that he cut the roof off. Bo saved and chopped the part of the roof above the rear window. An additional trunk lid from a 1959 Ford Thunderbird was flipped around and welded on to the body over the back seats. The old taillight housings on the flipped trunk lid were used to attach the headrests. Fiberglass GT chairs were placed low and further back then original. A flying console was installed between the front seats. The original console and all the pieces around the dashboard were chromed. A 13 inch Covico steering wheel was installed to give more room for the driver. The rearview mirror was installed between the dual plexi windshields. The front end was heavily restyled and fit with two large air intakes. The front fenders that used to house the taillights were modified and fit with directional lights. The taillights were moved down into the air intakes. The air intakes on the hood were given the same treatment as the front fenders. 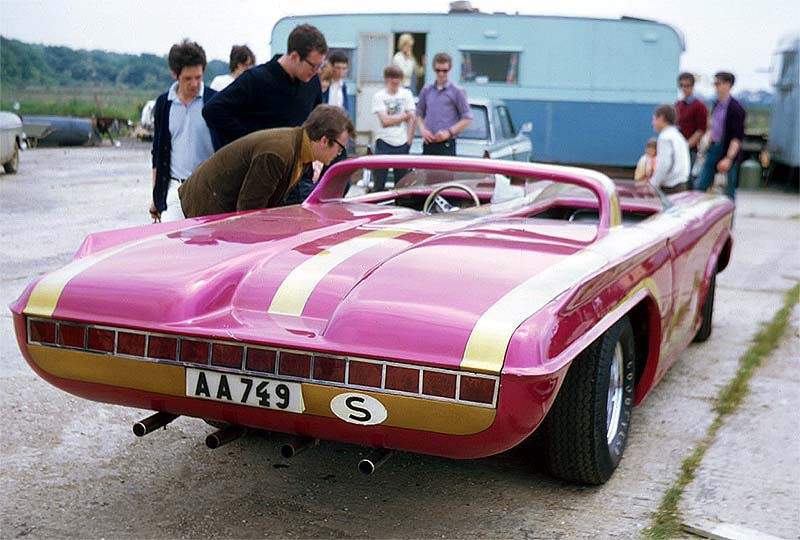 Second version 1968
The automatic transmission had a floor shifter.


The first version of the "Wild Bird", was completed in 1966 and shown along with some construction photos in Start & Speed No.2-1966. This version of the "Wild Bird" was painted silver flake over a white base. One Bright Red and one Royal Blue stripe was painted over the body from the front to the end. The stripes were also implemented in the seat and on the floor. The second version featured Rader wheels, dual windshields and a taillight that span the width of the car. According to the article in Start & Speed No.2-1966, the car was good for 300 horsepowers. 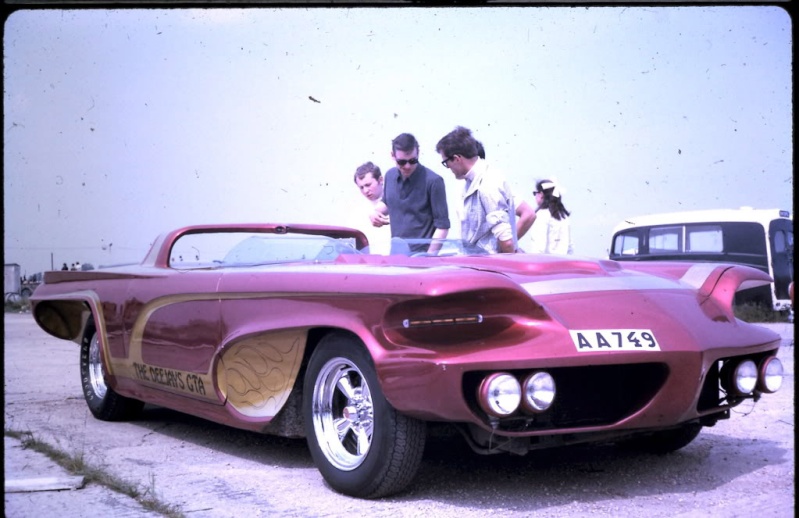 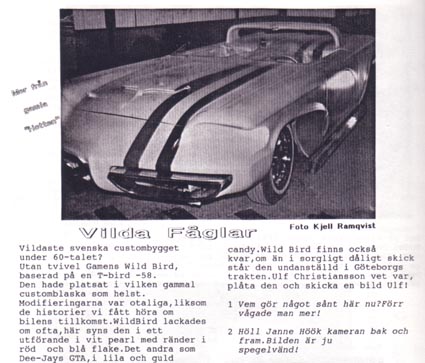 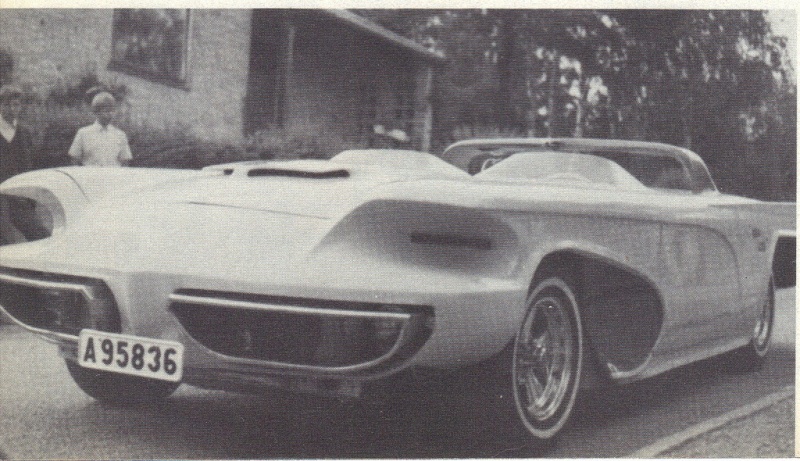