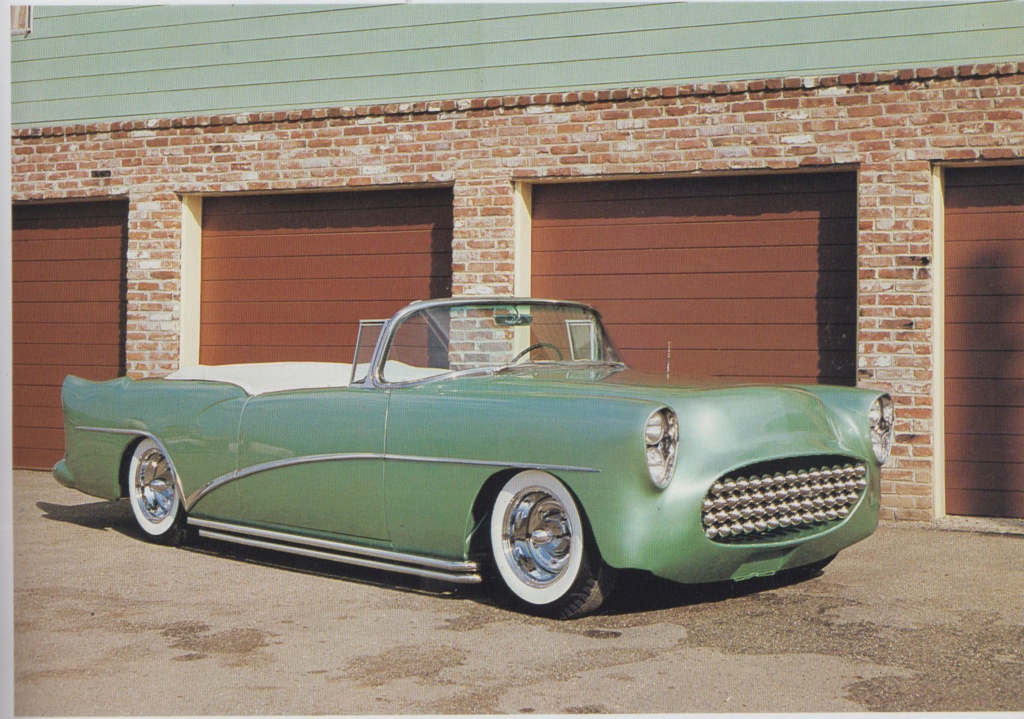 1954 Buick Century Convertible owned and restyled by Jon Southwick of El Cerrito, California. John spent one year transforming his car into a full custom. The car was nosed, decked and shaved for door handles to achieve a cleaner appearance. Quad headlights were inset in the stock rims and tunneled. This was done by extending the fenders to house the stock 1954 Buick rims, and a chrome inner ring was used to beautify. The portholes were filled, a neat trick which is often overlooked. The grille shell was molded and the new grille cavity was filled with chromed 1956 Buick bumper guard centers. He also made space for a recessed license mount in the front roll pan. The rear bumper was removed as well, and a cavity was made featuring the same bullets as up front. The rear fenders were reworked into fins, housing 1955 Chrysler taillights. At the bottom of the fenders, bullets were molded for a sleek appearance. The car was lowered by chopping the springs, and outside pipes were custom built, and made the car appear even lower. Chromed reversed rims where installed, with custom bullet hubcaps made by 1936 Oldsmobile headlight housings. The interior was completely redone in white pleated and rolled Naugahyde and black carpets by R & D Upholstery in Albany, California. Once the car was done, it was painted Emerald Green lacquer.[1] 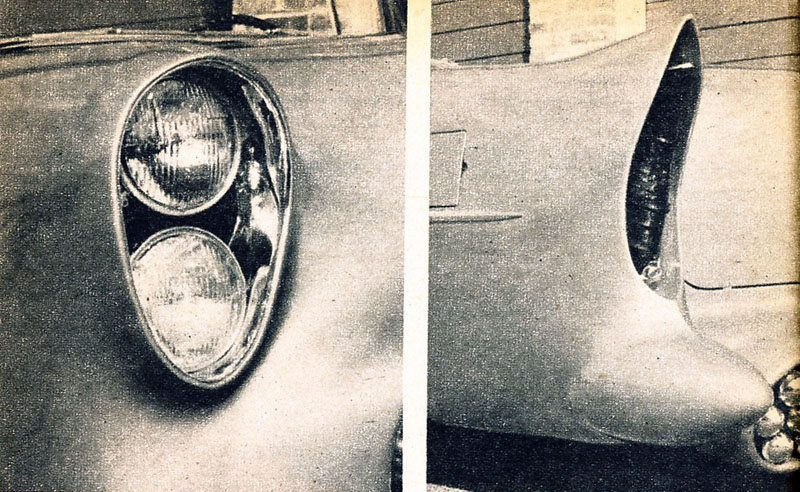 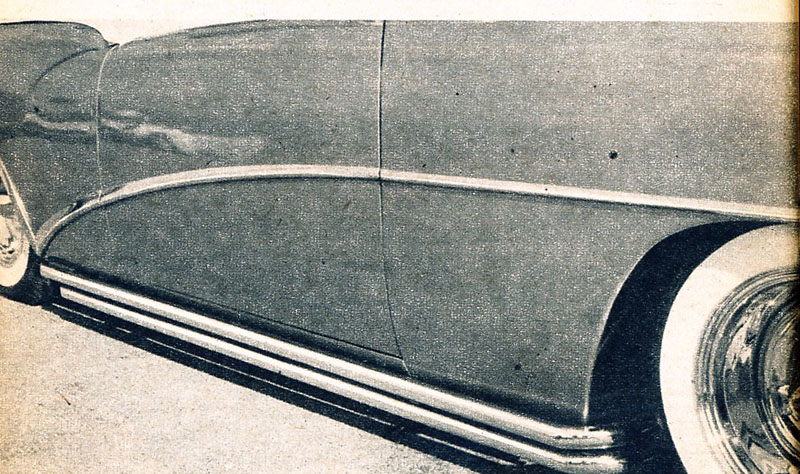 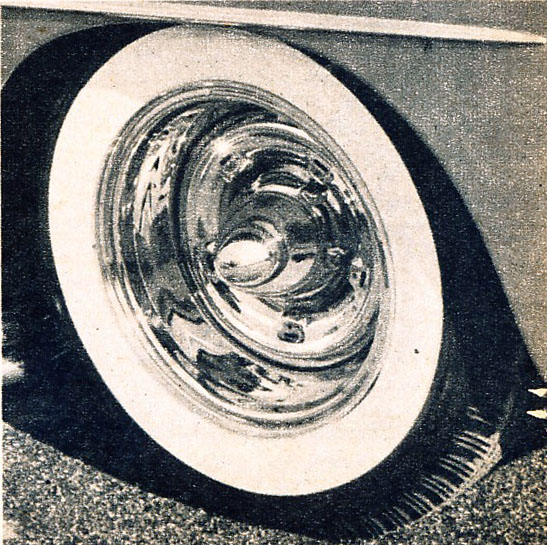 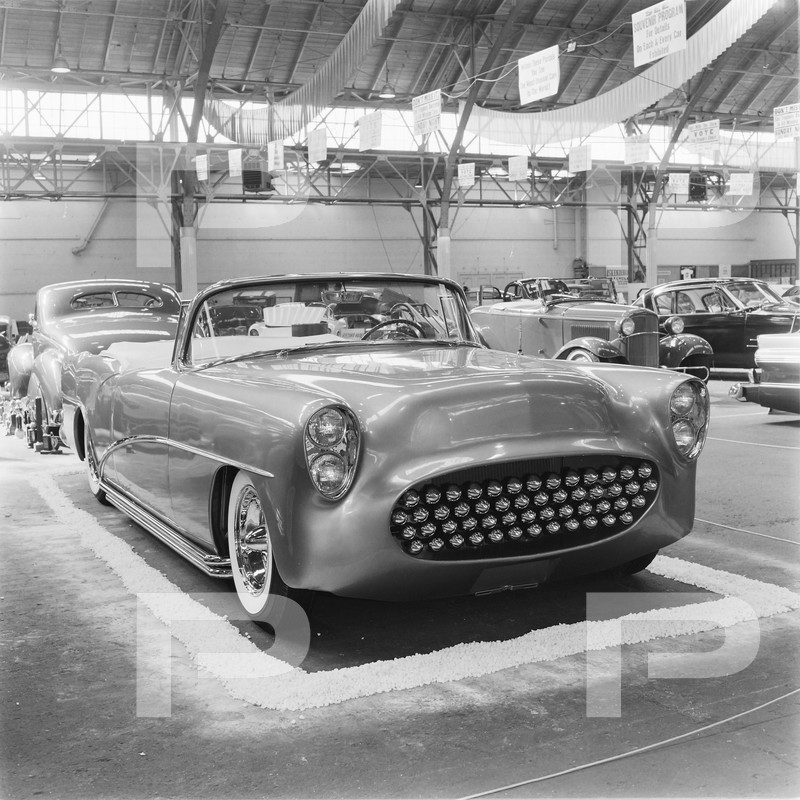 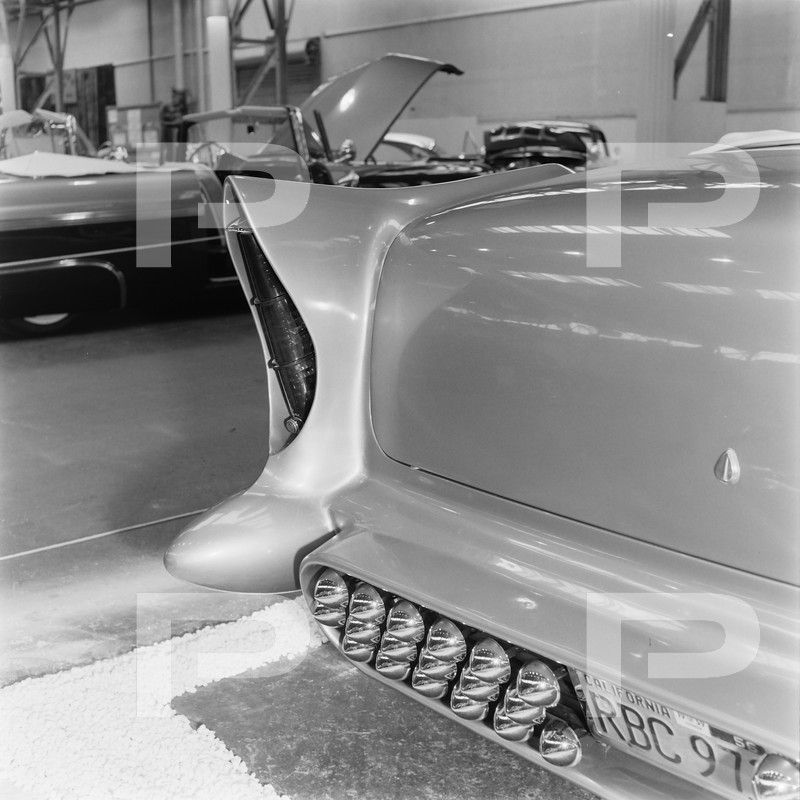 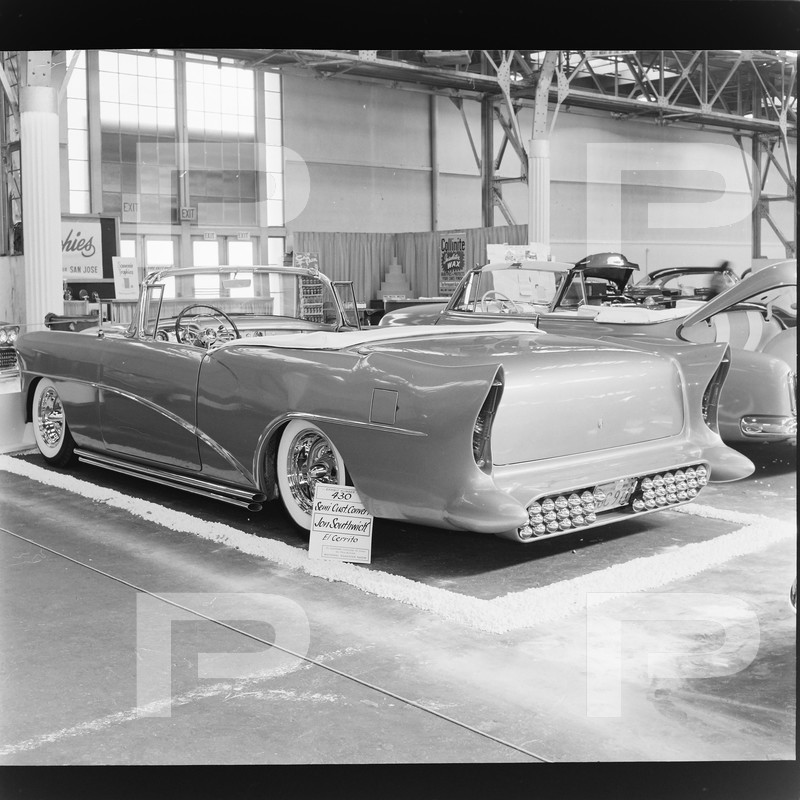 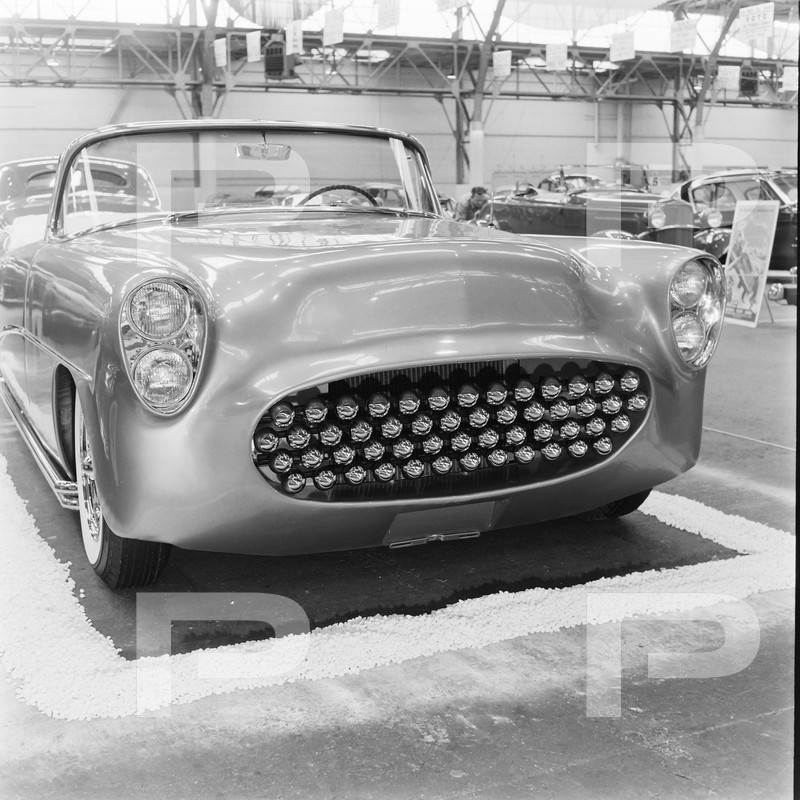 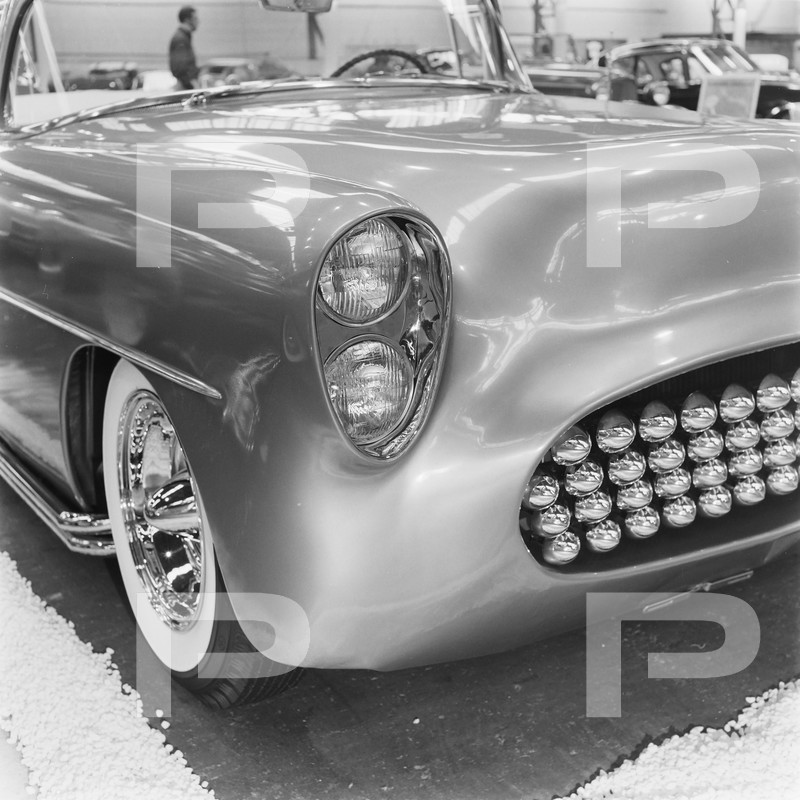 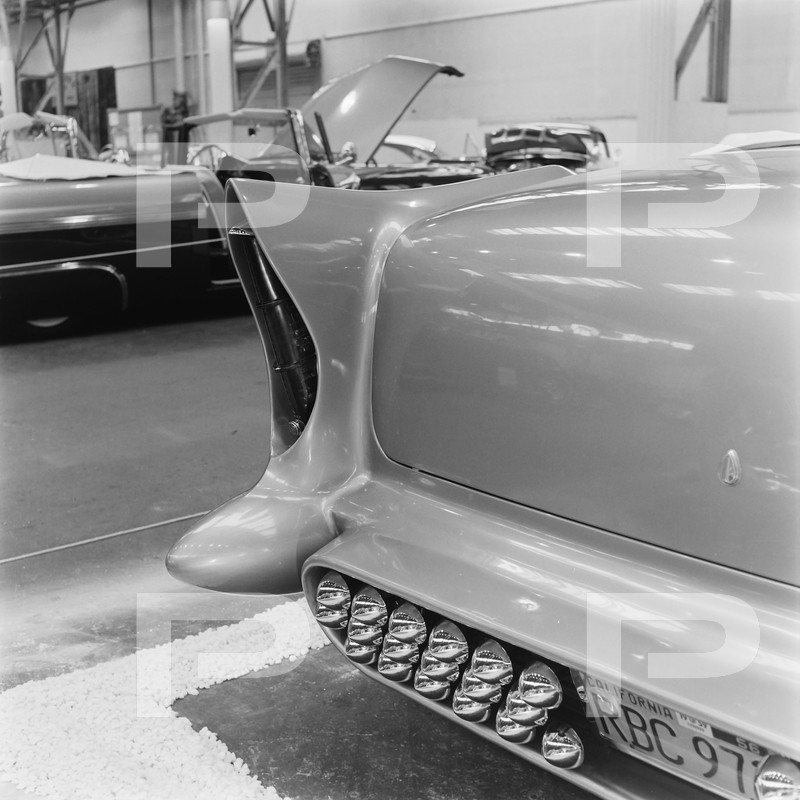 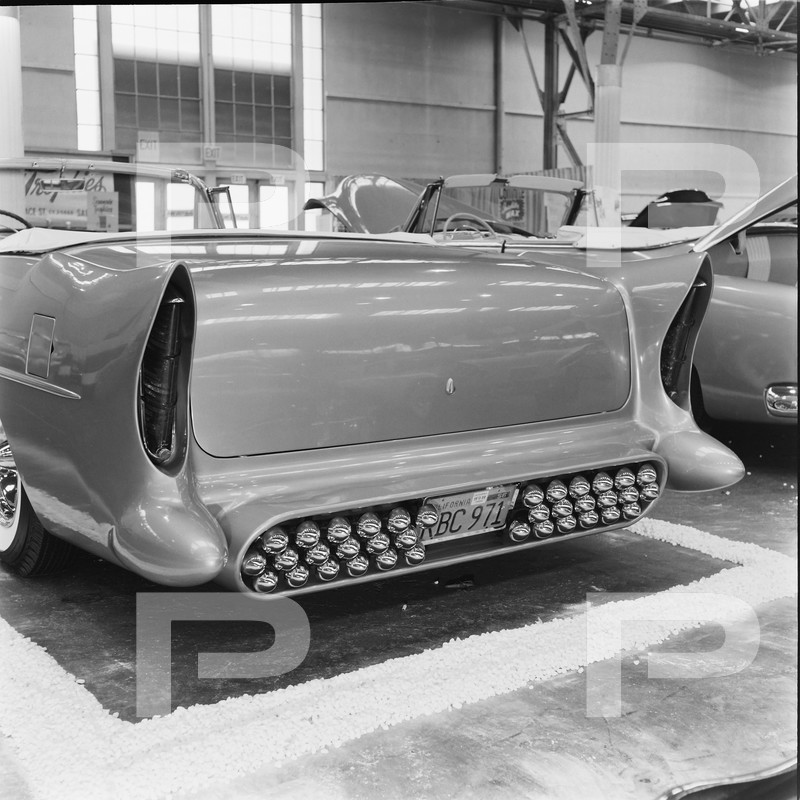 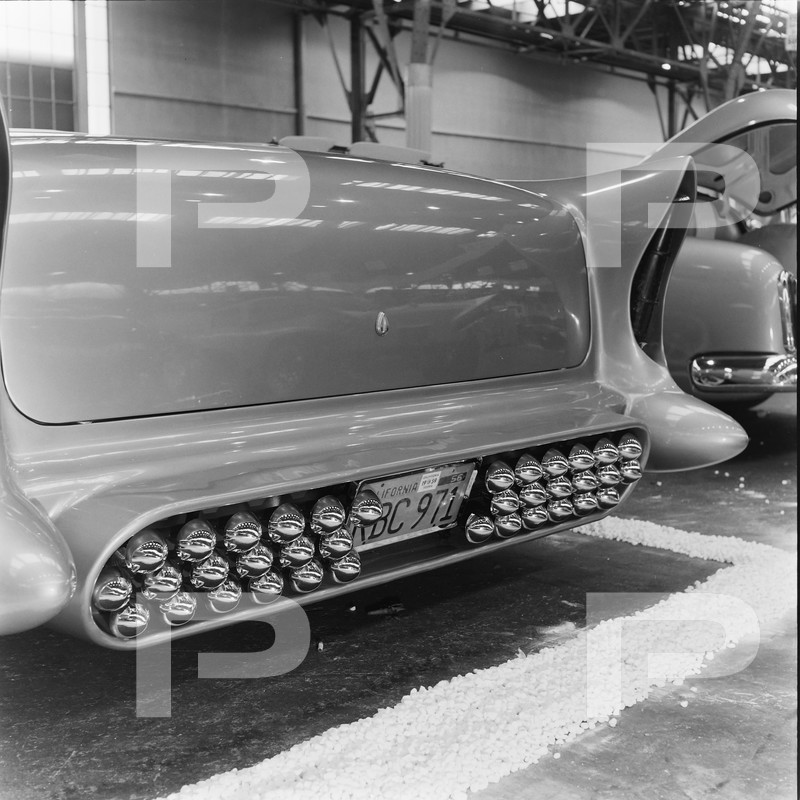 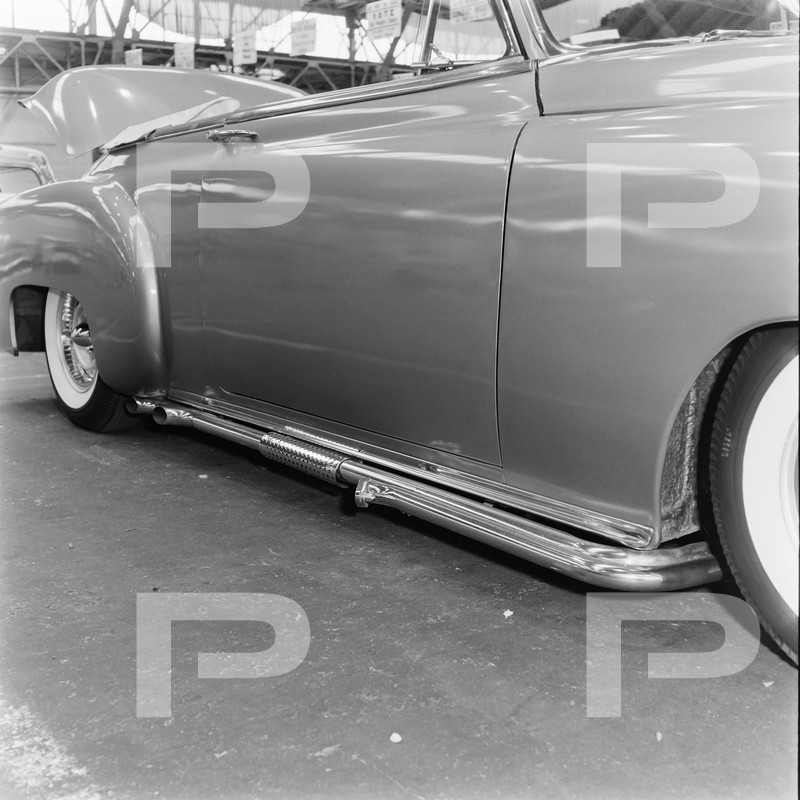 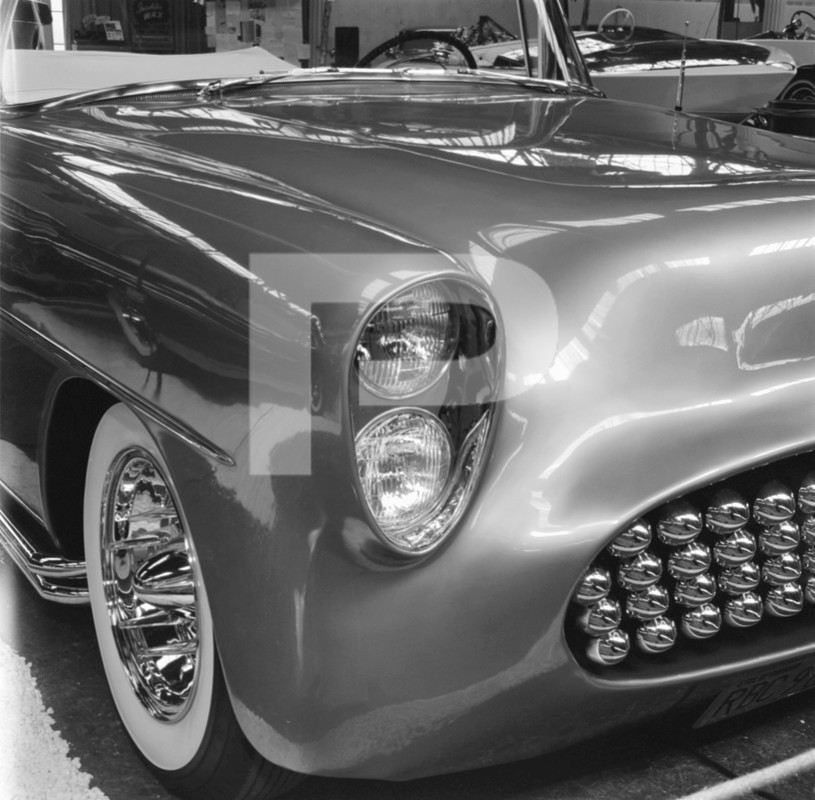 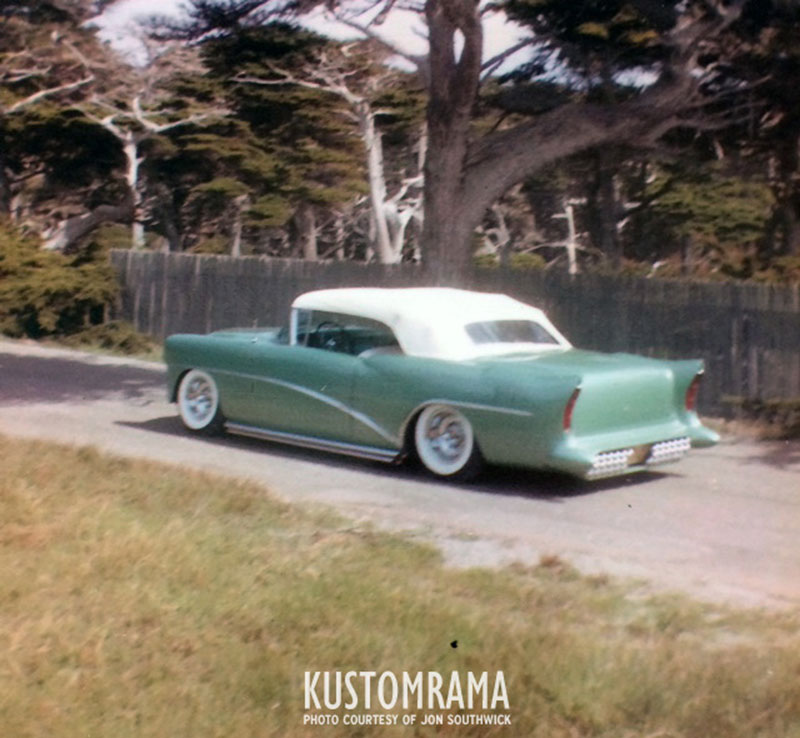