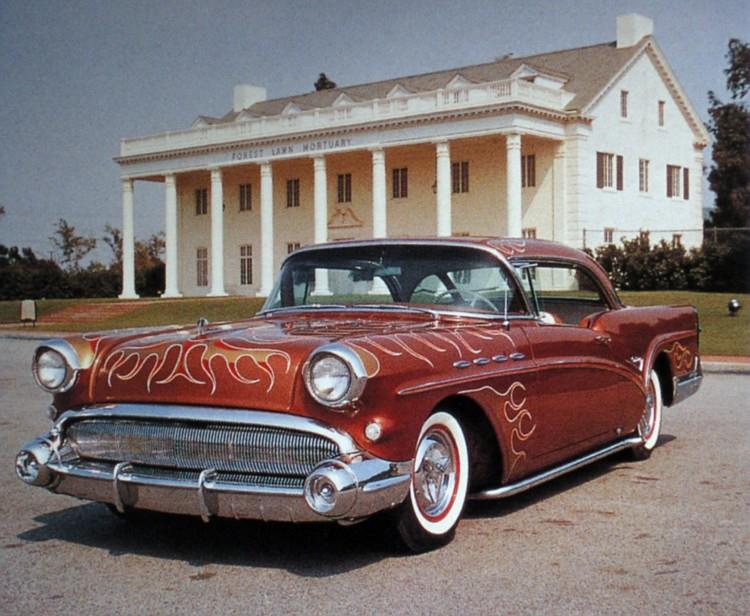 1957 Buick owned by Kermit Hanson. Kermit's car was mildly customized by shaving the hood and deck lid for ornamentation. Side pipes were installed, and Larry Watson of Watson's House of Style painted some wild gold metallic flames flames on the car.[1] The flames were tipped in red and pinstriped in white. Kermit was a class mate of Larry Watson at Bellflower High School. Kermit used to pick Larry up at friday nights and they cruised around together. Larry named Kermit's Buick the "Snatch Wagon", and he painted an XXX-rated cartoon on the side of the car. After a week the CHP made him remove the painting. 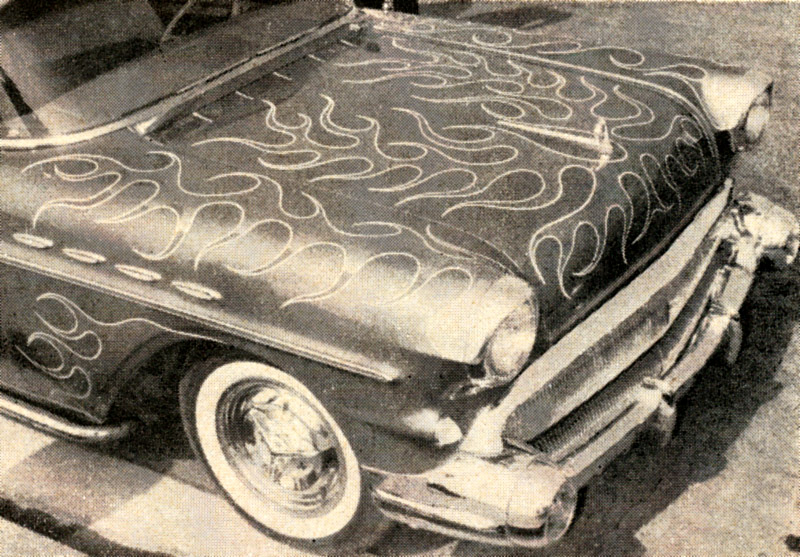 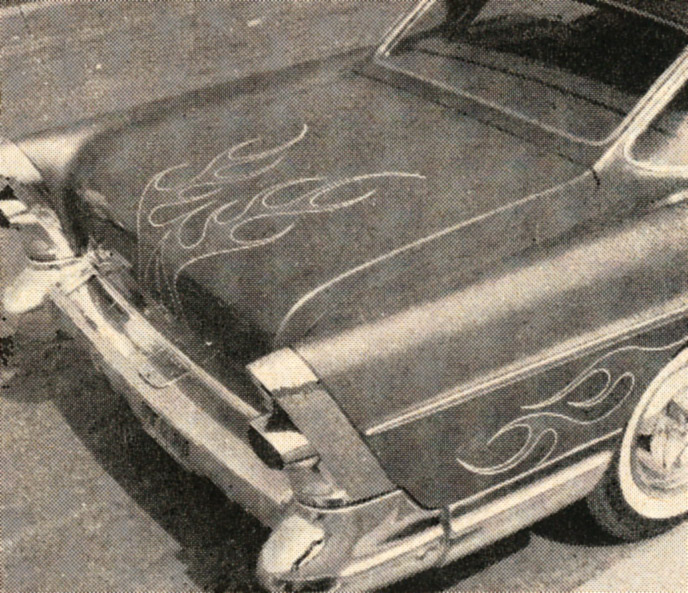