When it comes to choosing a custom car project, it's hard to go wrong with a 1959 model anything. American auto design reached a zenith of bizarre styling that year, fueled by heated competition, aeronautical influences, and the nation's race to space. Fins grew bigger, bodies longer and wider, and ornamentation as intricate as ever, culminating in bold designs that were definitely not for the faint of heart. 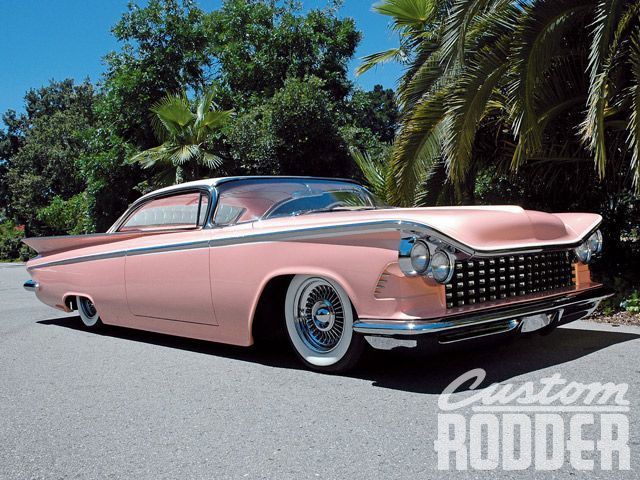 Consider the '59 Buick. Like all GM lines, Buicks were completely redesigned for the year, and appeared much lower and leaner than the '58 models they replaced. Canted quad headlamps created an almost sinister-looking front-end appearance, while sharp "Delta Wing" rear fins looked like they could carve contrails through the air. To further signify the brand's forward thinking, Buick abandoned its trademark sweepspear side molding, and even dropped its Special, Century, and Roadmaster series names in favor of new designations: LeSabre, Invicta, and Electra. 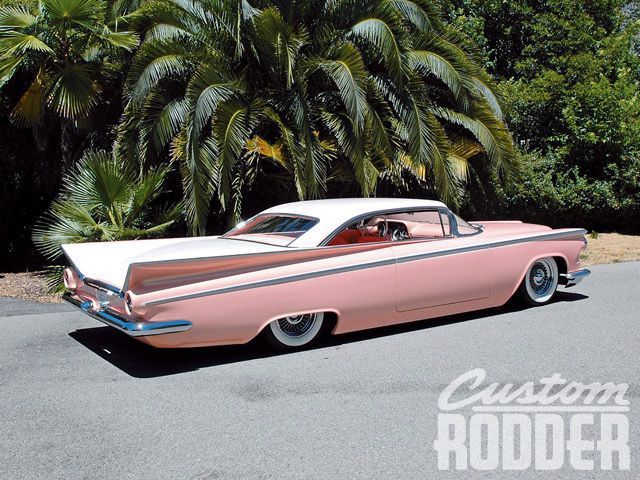 For Richard Zocchi, selecting a car as boldly styled as a '59 Buick for a custom project is something that comes quite naturally. The long list of customs he's designed and owned over the past five decades will attest to that; it's a virtual smorgasbord of non-mainstream cars. Richard has long gravitated toward the crisp, clean lines of late-'50s and early-'60s models, so when he came upon a '59 Buick Invicta, it seemed like a perfect choice for his trademark treatment. 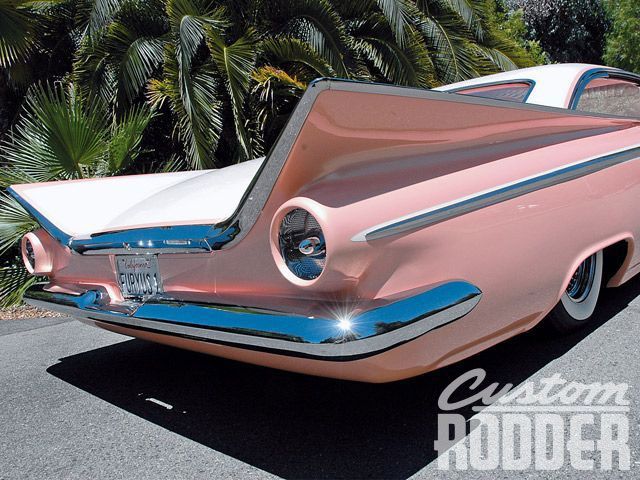 most Zocchi customs, the Buick started as a well-preserved, low-mileage original car. And, as has also been Zocchi's recent practice, the Invicta hardtop was delivered to master bodyman John Aiello for its transformation into a sleek, street-sweeping custom. 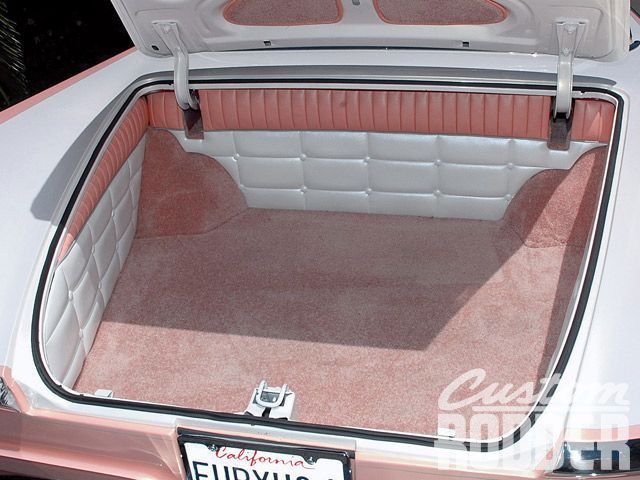 Top on the list of modifications was, well, the top. John chopped 2 1/4 inches from the Buick's sweeping roofline, and reshaped the back to accept Mercury Capri rear glass. The Buick's stock headlights work so well with its strong "furrowed brow" fender line that Richard thought it best to leave them alone and focus on the car's jaw line instead. He had John lower the shaved and streamlined front bumper 2 1/2 inches and build a taller grille from portions of two original Buick units. The lower fenders were reshaped accordingly and accented with a quartet of chrome teeth inside gill-like scoops.
_________________
We don't care the People Says , Rock 'n' roll is here to stay - Danny & the Juniors - 1958

Moving rearward, John added more of Zocchi's trademark touches: extended and flared rocker panels and wheel openings. He also shaved all the excess emblems and handles, leaving just the trim that accents the car's long lines and blade-like fins. Around back, John employed '58 Mercury headlight rings to french the taillights, and crafted 2-inch inner rings to tunnel the lenses, which were hidden behind perforated metal and a center bullet. He also recessed the license plate, smoothed the rear bumper, and molded the lower pan. 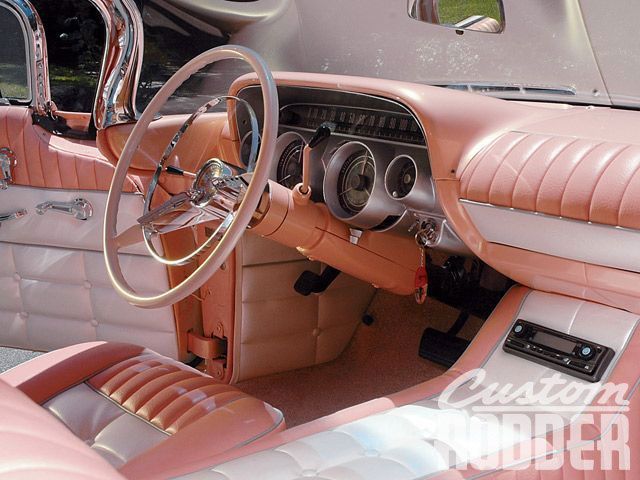 When John finished reshaping and finessing the metal, he handed the car off to Art Himsl for one of his renowned paint jobs. Art laid down a rich peach finish with cream-colored accents setting off the roof, trunk lid, and trim. A gold pearl topcoat gave both colors a little extra punch, while silver pinstriping was used to separate them. Sherm's Plating provided crowning touches in the form of re-plated chrome and freshly polished stainless trim. 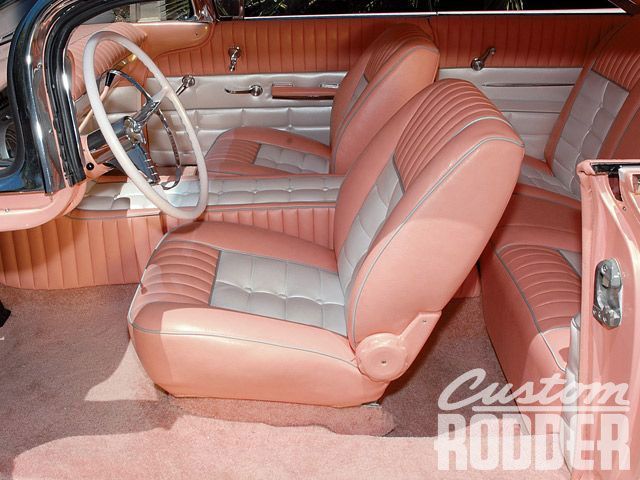 Another of Richard's regular collaborators, Bob Divine, addressed the Buick's spacious cabin. He found peach- and cream-colored leather to match the paint, and stitched a tasteful combination of rolls and square pleats over the stock rear seat, late-model front buckets, and custom center console. The trunk was upholstered to match. 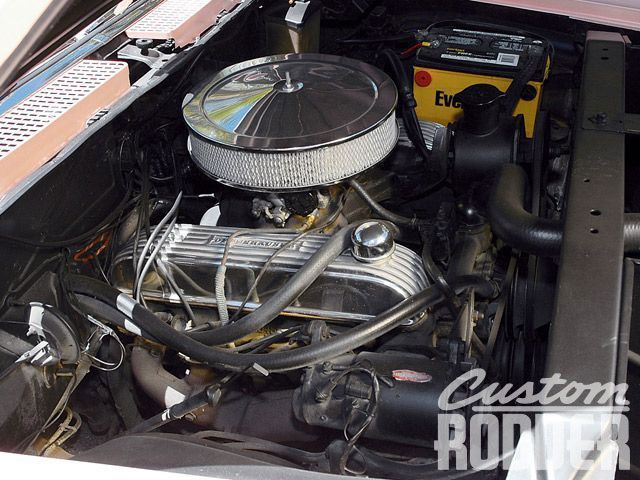 With about as many miles on the odometer as a typical 5-year-old used car, the Buick needed little in the way of mechanical work. The 401ci Nailhead was merely tuned up and treated to a set of Offy valve covers, while the suspension was lowered with a combination of modified spindles and control arms and Air Ride Technologies air springs. Straight-laced Roadster wire wheels-yet another Zocchi signature-were capped with bullet-adorned T-bird centers and wrapped in 205/75R15 Diamondback Classic whitewall radials. 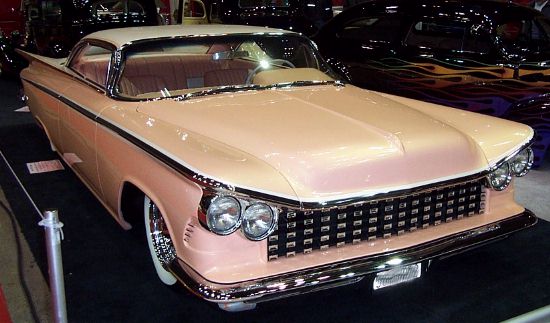 Finished in early 2005, Zocchi's Invicta made the rounds of the West Coast indoor shows that year, earning awards and accolades wherever it went. Among those was the prestigious Goodguys Custom d'Elegance award at the All American Get-Together, the third time Richard had earned the honor. It reinforces the notion that bold choices-paired with thoughtful, well-executed customizing can reap big rewards. Richard followed up the Buick with another courageous custom choice-a '60 Dodge-in 2006. We can only imagine what he'll unveil for 2007. 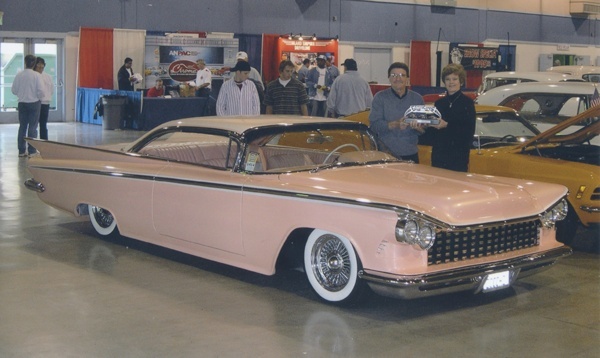