Starbird's Ultra Truck is one of the most revolutionary custom trucks ever constructed. This vehicle followed the Predicta, the Forcasta and the Fantabula. 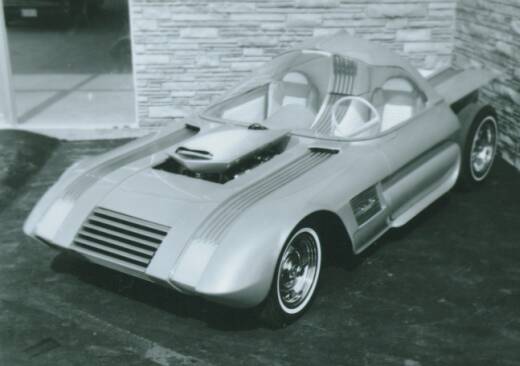 Monogram Models offered a wonderful kit of the truck which has been reissued three times. At that time, the vehicle was renamed the "Orange Hauler" which name appeared on each of the Monogram kits. Eventually, the Orange Hauler was given away by Monogram in a special contest late in the Sixties when the company's show car inventory had become a burden and when the vehicles were no longer being publically campaigned to promote the kits. After the Orange Hauler was awarded, it disappeared and its present location is unknown 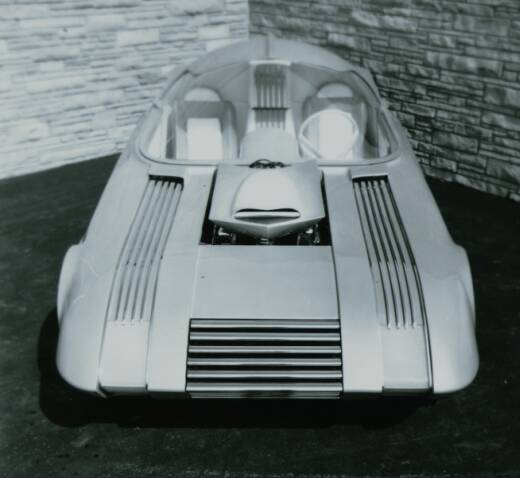 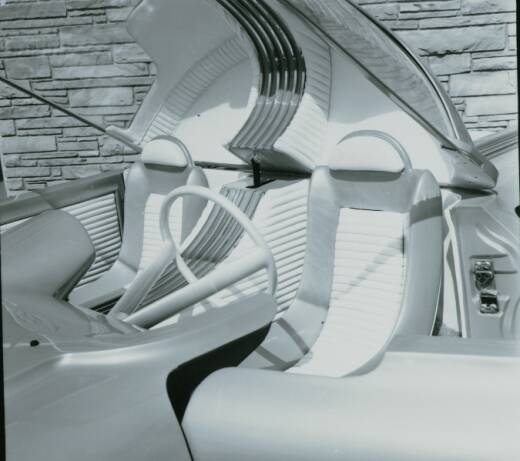 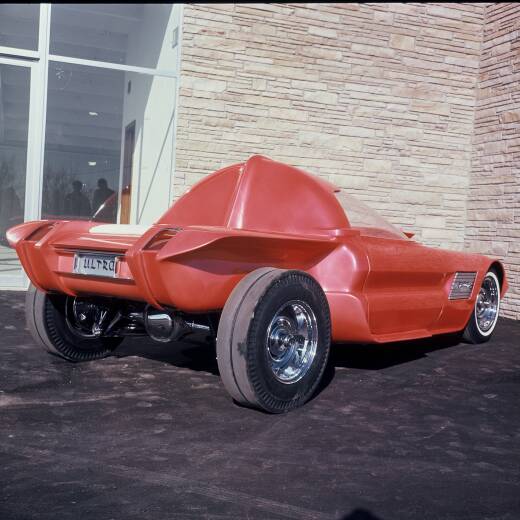 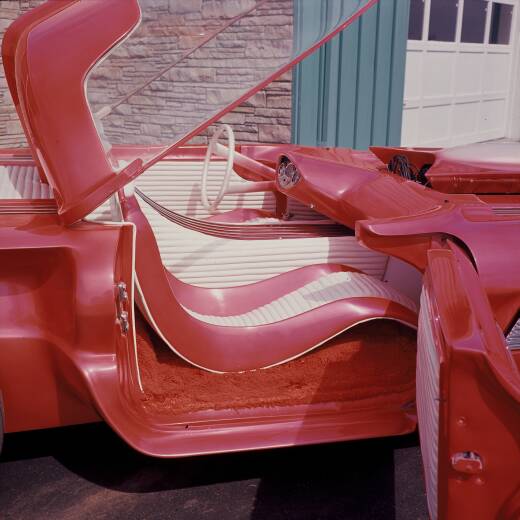 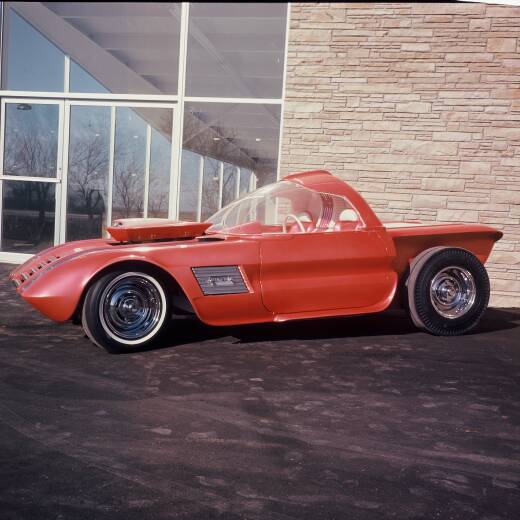 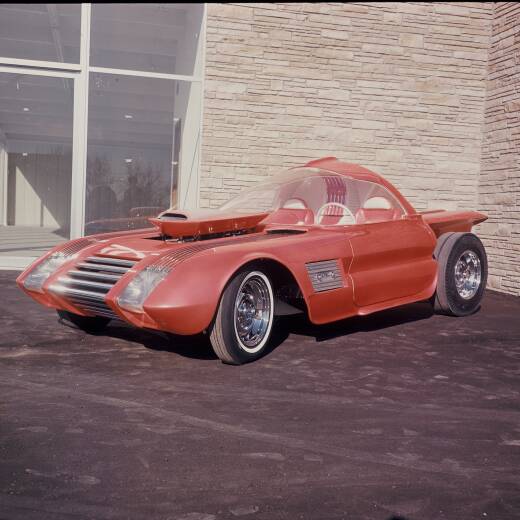 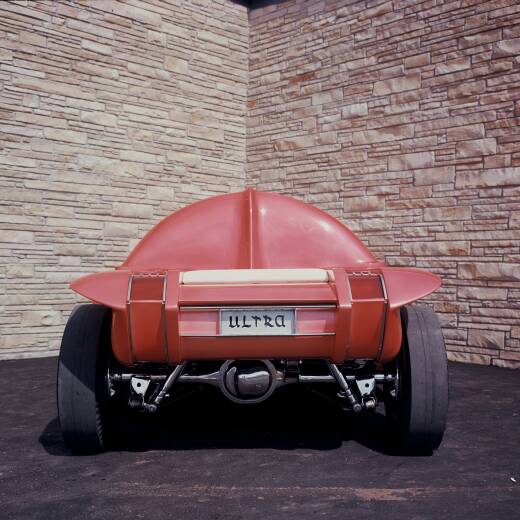 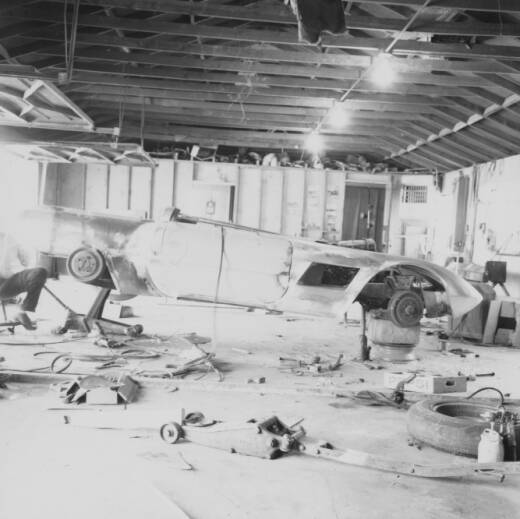 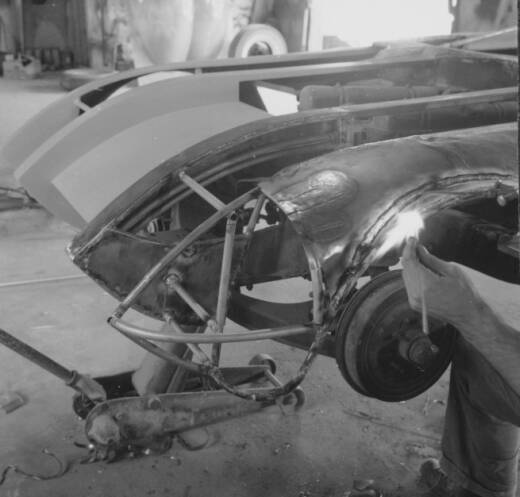 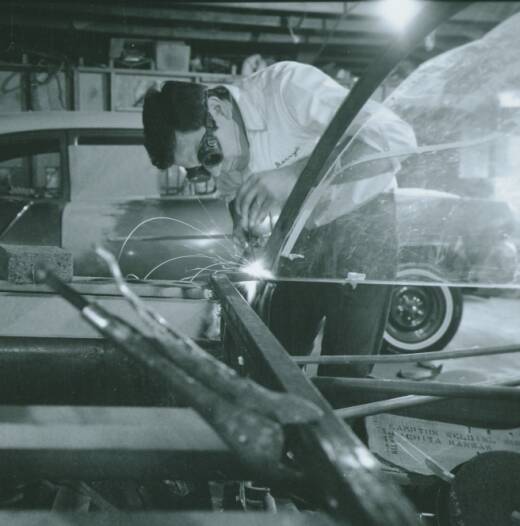 
Car Craft, September 1964, pages 30-31
There is no text, just a series of photo captions that follow a long title:
Title: "Ultra Truck  Latest Entry in the series of way-out show machined constructed in the Darryl Starbird tradition."
The photo captions were arranged like bits of text. They included the following observations:

Popular Customs, Fall 1965, pgs. 70-71
In this article, which appeared at about the same time as the Monogram Models kit using the new stage name of "Orange Hauler," there is only a brief text and a handful of captions. Remarkably, the article references the model kit but uses the vehicle's original given name!
Title:  Ultra Truck  Darryl Starbird presents a radical hauling concept
Article Text:
"Most of the top customizers are building special vehicles for model companies. Wichita's Darryl Starbird is no exception. The custom you see on these pages is the Ultra Truck and it was commissioned by Monogram Models.
Darryl has done a beautiful job of disguising the '62 Chevy 1-ton from which this sleek custom is derived. He dropped the body on a '55 Chevy frame which had been shortened 12 inches.
Painted "essence of iced tangerine," the Ultra Truck features a bubble canopy with a metal rear section.  The entire assembly is hinged at the rear and has push-button electric controls. Plastic was also used for both head and taillights. Moldings are constructed of small square tubing.
To complete the job, a deluxe white Naugahyde interior was stitched for the Ultra."
_________________
We don't care the People Says , Rock 'n' roll is here to stay - Danny & the Juniors - 1958 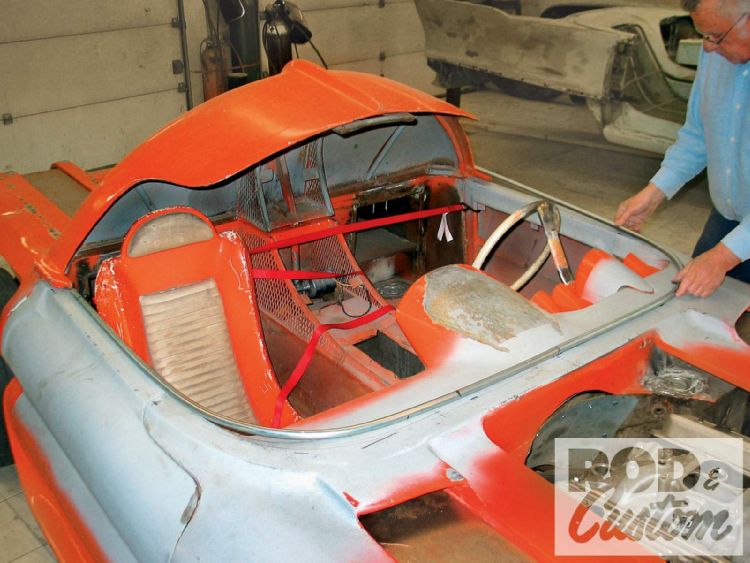 Using 1/2-inch electrical conduit, Darryl Starbird begins forming the perimeter of the bubble to the contour of the body. For this build it's a simple semi-rounded D shape. (Full bubbles require conduit around the entire opening.) Remember, the bubble will take the form of the inner diameter of the conduit, so design accordingly 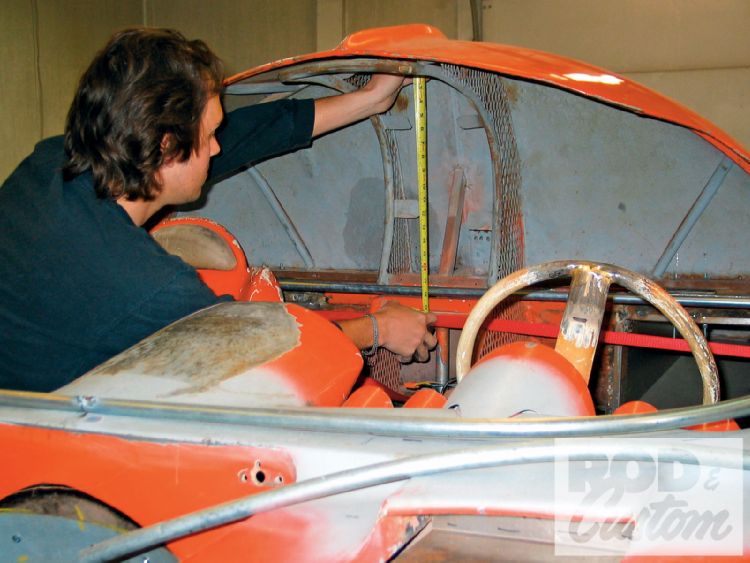 Bubbletops are free-blown, which means they can be blown to the desired height. Measuring from the base of the bubble to the peak in the canopy gives us our height. Normally the height would be set to where one would want it. 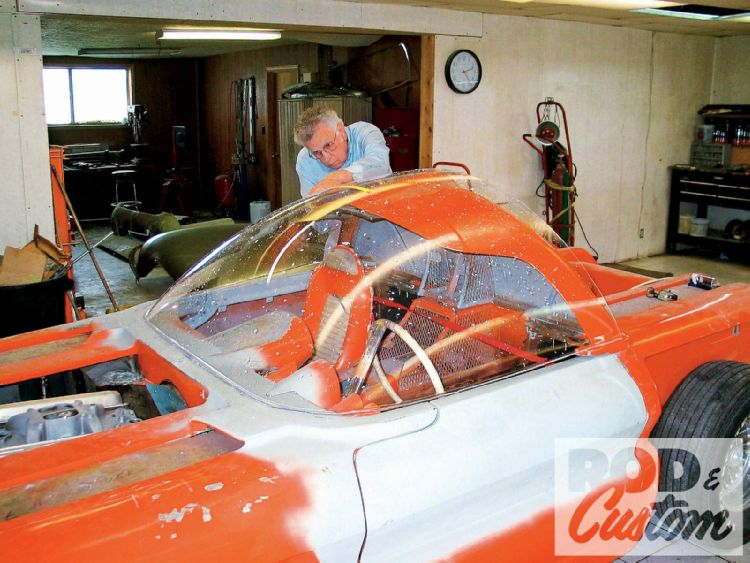 Once placed on the truck it was clear a bit of trimming was in order. Using some tape the trim marks were made. (Also, due to the nostalgic factor of the original top, we're creating the bubble to fit the canopy, however, normally the bubble would be trimmed accordingly, and then the canopy would be made to fit the bubble.) 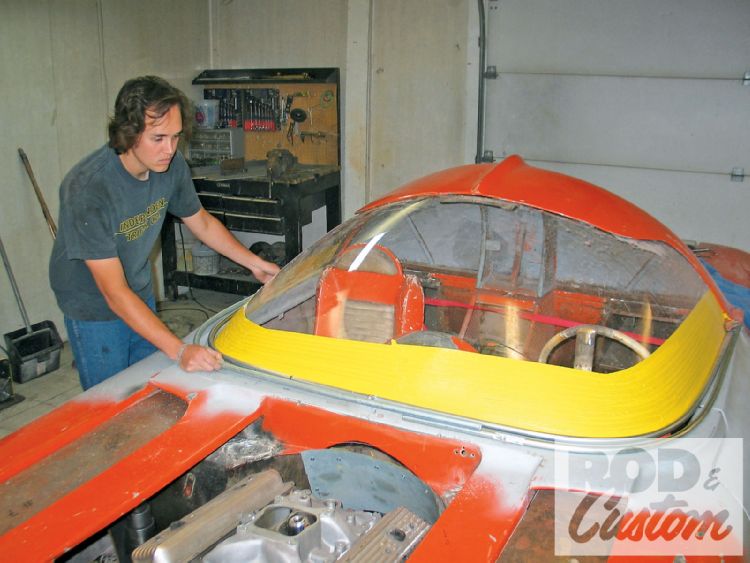 All bubbles require a ring around the perimeter. Using 1/2-inch conduit, I created an outer ring following the previously made inner ring. 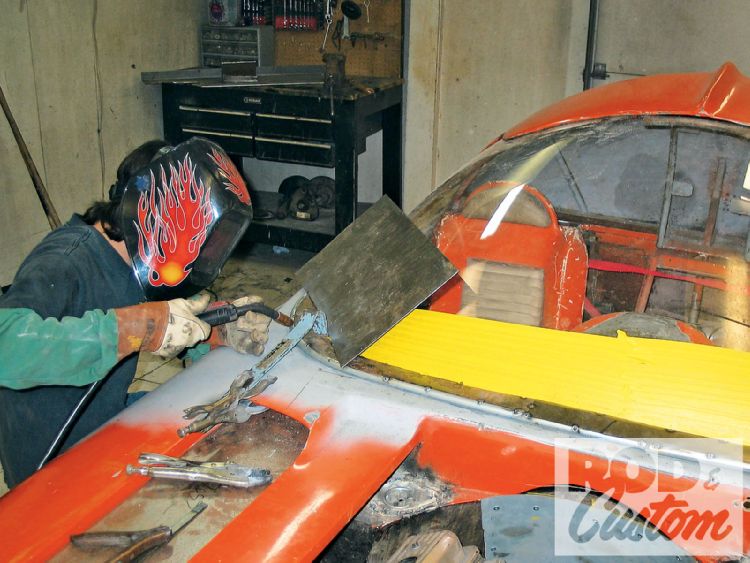 Sheetmetal is used to skin the ring. With the bubble still in place the skin was tacked throughout the ring. Once everything was tacked together the bubble was removed and the ring was welded solid. 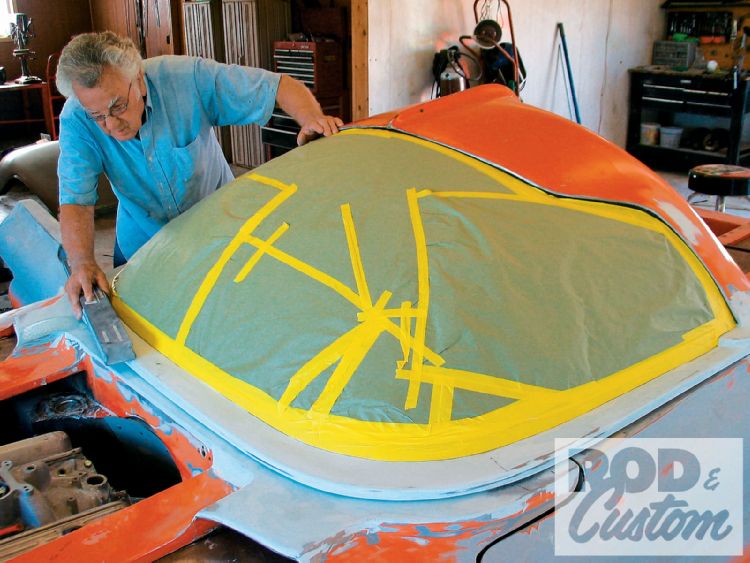 The last step is to dress the ring. Starbird dresses the ring on the car; therefore the fitment can be narrowed down for an exact match to the body. Once the ring is dressed, it's primed and then later painted. All the while, the bubble never leaves the ring. 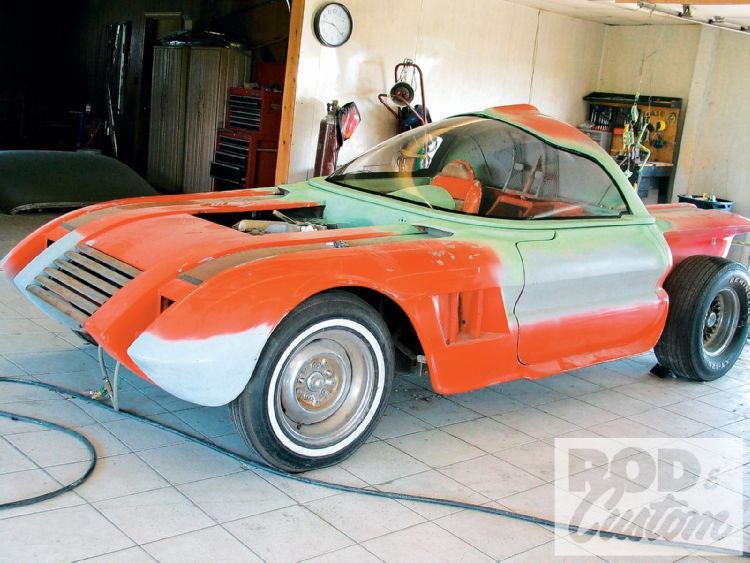 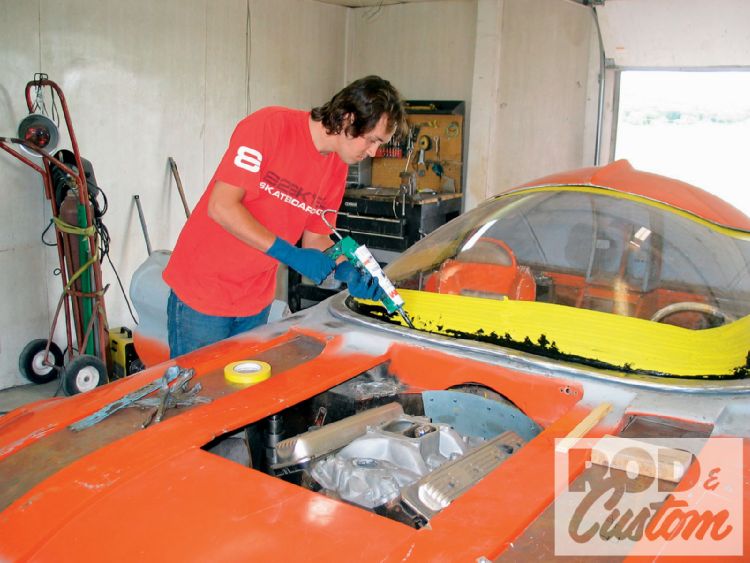 Black urethane window-weld is the easiest and safest way to secure the bubble to the ring-Lucite cracks very easy when drilled or screwed. When gluing the bubble in place it's important the ring is lying in its resting position. Gluing the ring off the car is most likely going to result in the ring being in a bind and not lying properly.
In 1960 Darryl Starbird unleashed a whole new kind of custom upon the world, the futuristic dream custom. His exemplary creation, dubbed "Predicta", was like nothing seen before. It was innovative, outlandish, and, quite frankly, out of this world. Inspired by the aerospace movements buzzing around Starbird's hometown of Wichita, Kansas, Predicta featured such advancements as dual controls, stick steering, cockpit-styled interior, and a television. Granted, all of these features mesmerized bystanders and onlookers, but what really overwhelmed audiences was the clear Lucite bubbletop. It was the kind of forward thinking only seen in comic books and the vivid minds of science fiction. Yep, this fresh idea of a bubbletop spiraled the hot rod world into a bubble frenzy.

Here we are 50 years later and bubbletops still create the same shock and awe reaction in the rod and custom world. (On a side note, a big part of that is because the jet packs, laser guns, and flying cars predicted years ago have fallen ... let's just say shorter than Britney Spear's skirt!) Their uniqueness and creativity still captivate and draw in audiences, yet what intrigues viewers even more than the clear domes themselves is the mystique of, "How'd they do that?"

For starters, bubbletops are one-off creations designed for each vehicle. The process begins by creating a tool based around the perimeter of the bubble. Once the perimeter of the bubble is determined, the height is designed into the tool. Next, a piece of Lucite plastic is baked in an oven and placed under the tool. (By the way, urban myths about bubbletops and pizza ovens are exactly that, myths. Lucite tops require large sheets, beginning at 6x6 feet and counting; therefore Luigi's Pizzeria oven is outta the question.) Once heated, the Lucite and tool are clamped together, and air pressure is used to free-blow the Lucite sheet into its bubble form.

Contrary to what some may think, vacuum forming isn't the way to go. Vacuum-forming Lucite will give one the desired shape, but that's the extent of it. In order to take shape the Lucite must be pulled down into a mold, and once the Lucite hits the buck its impressionable state will take the form of the surface and produce all kinds of wrinkles, waviness, and distortion. (Imagine looking through a square block glass wall at a '60s diner.) Basically, the optics of the bubble are ruined during the vacuum-forming process. For that reason free-blowing is the only way to go. It not only blows the desired shape, it also maintains the optics.

The last step of creating a bubbletop is trimming the bubble and creating a ring. When it's all said and done it's not exactly rocket science, or is it? You be the judge!

Shedding some light in the form of a Kodak moment is Star Kustom Shop and the innovator himself, Darryl Starbird. One of Starbird's creations from the '60s, the "Ultra Truck", is in the Star Kustom Shop for a new bubble. On the ensuing pages we'll dig into the bubble process-which is the same process Starbird designed and engineered clear back in 1959-by creating a new bubble for the Ultra. The process will be revealed from start to finish; including creating the form, building a tool, blowing the bubble, and trimming and fitting the bubble. Yep, the method of mayhem behind the bubble will be uncovered Perry Mason style! 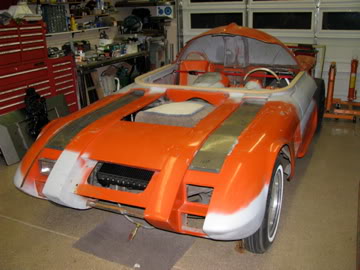 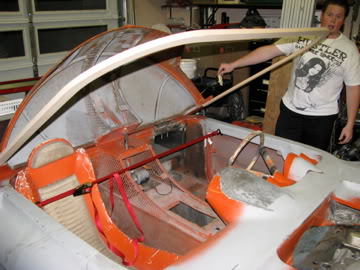 As some of you may know, I'm the proud grandson of Mr. Darryl Starbird himself, and here is one of his creations back from the dead. I had the chance to go out to Vegas and check it out and was able to take some pics. Let me know if you guys wanna see more!!

Post by bstarbird on Apr 30, 2010 at 8:11pm
hahaha thanks for the warm welcome guys...i'll have to post everything a little later because there is a lot of explanation behind some stuff. but here are the more basic photos...and for the record, i'm about 6'1-2", so you can see just how small the cockpit is so to speak. and i've always had an interest in cars, hell i was born in december and at a car show in january so my life has been wrapped up in it. i'm actually the author of darry'ls book, "The Bubble Top King", and I write about all of that kind of stuff in it. Hit me up with more questions and I'll check back. 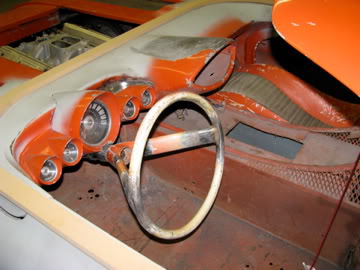 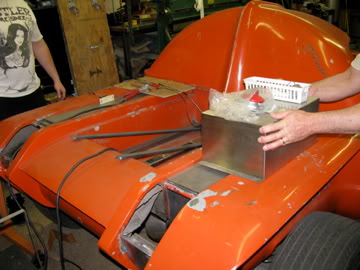 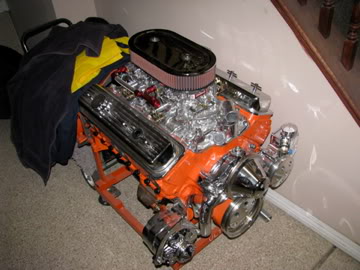 these are the owners. they are some outstanding individuals with a love for cars and most importantly the ultra truck. they're actually at darryl's right now having the bubble blown by him as we speak. 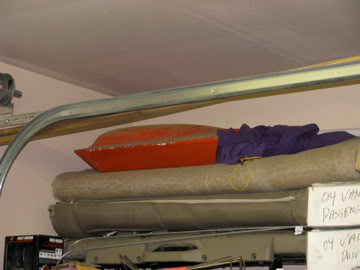 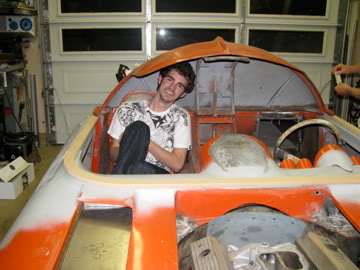 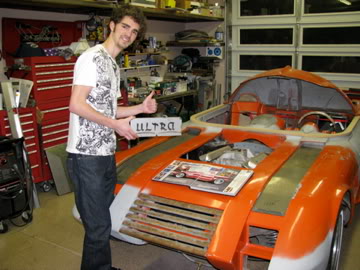 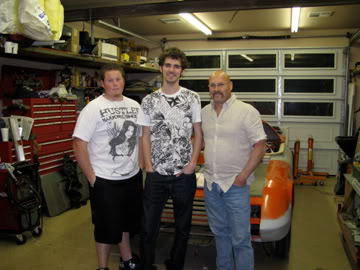 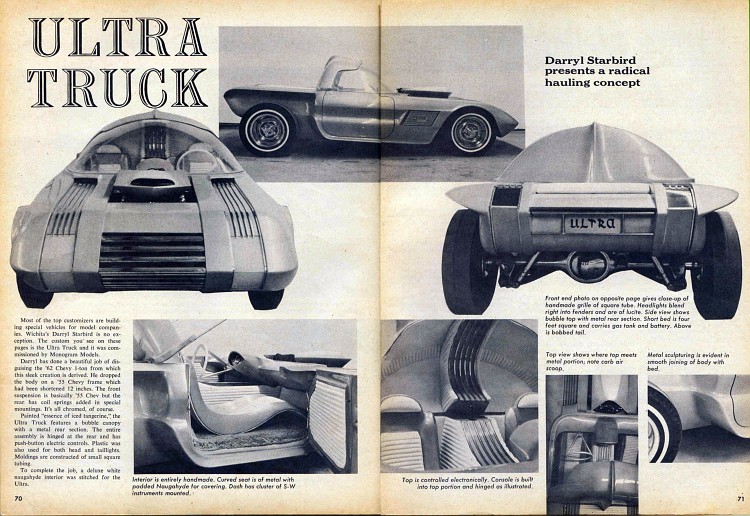 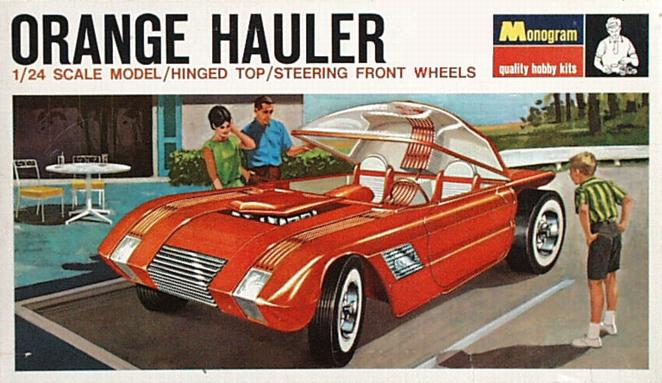