1955 Buick Century restyled by John Schott for Roy Abendroth of Compton, California. The car was also known as the BuSonic. The Buick was Roy's first car. The car was rebuilt over a three year period beginning in 1959. 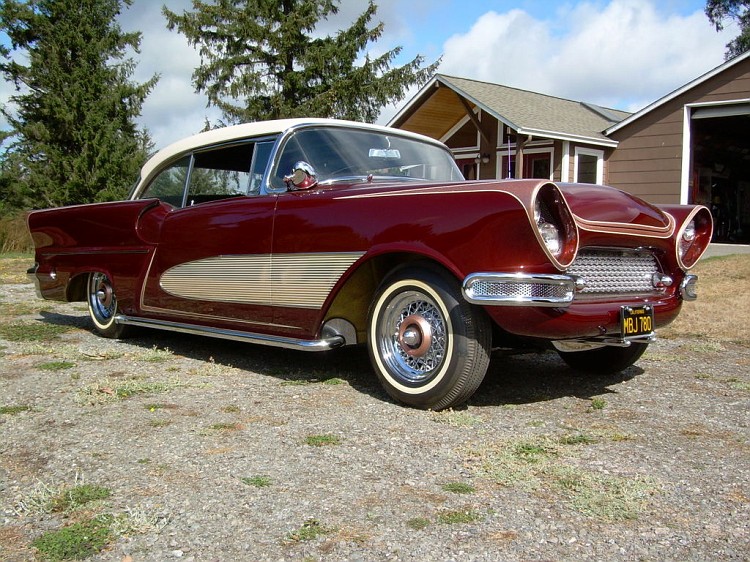 The stock rear fenders were removed and replaced with 1957 Lincoln fenders that had scoops fabricated at the front. In the rear the fenders were reformed to take triple high-mounted exhausts. Also in the rear, two complete 1956 Cadillac bumpers were purchased for rear guards. Each side had two outer tips with a 3-inch section added between them holding three 1959 Cadillac taillights. The fenders were shaped to fit and as with all other parts, rubber gaskets were made up to seal the fit between the body and the special components. The decklid was tapered in two inches at rear and new sills were formed to fit. 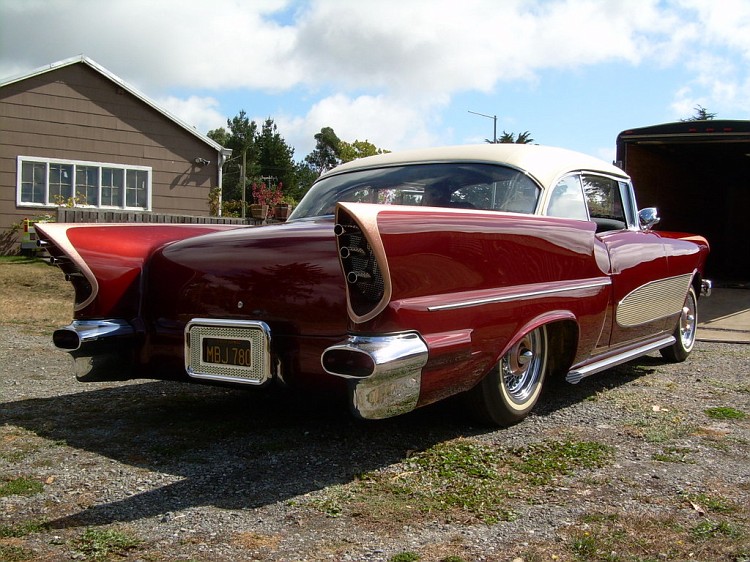 A bellypan in the rear necessitated raising the gas tank 6 1/2 inches and putting in a new rear floor. The license plate holder / nerf bar was mounted directly to the frame through the pan. The mesh was hand-made. All the door corners were rounded. 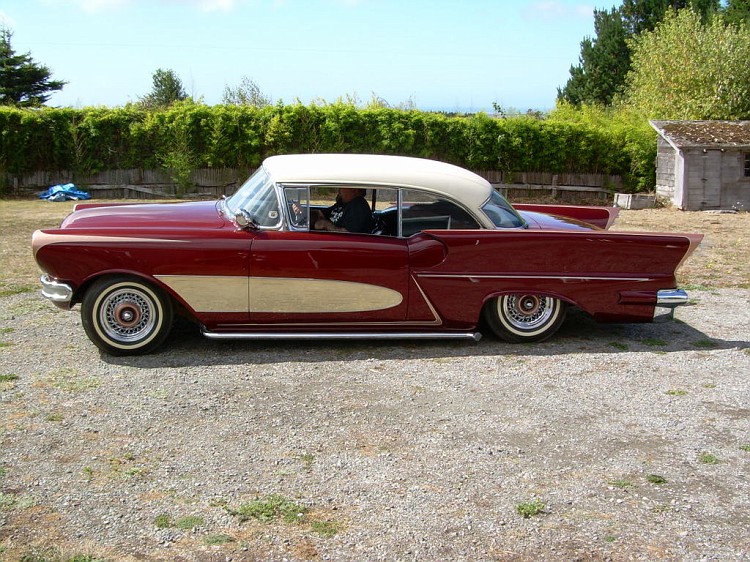 Up front the hood was cut off and sectioned 4 inches. The new grille opening and the canted headlight tunnels were formed using tubing. The front nerf bars matched the design theme of the rear license bracket. To get the right stance the frame was C'd in front and rear with the driveshaft tunneled. Once the bodywork was done the car was painted in Copper Metalflake by Larry Watson of Watson's House of Style. 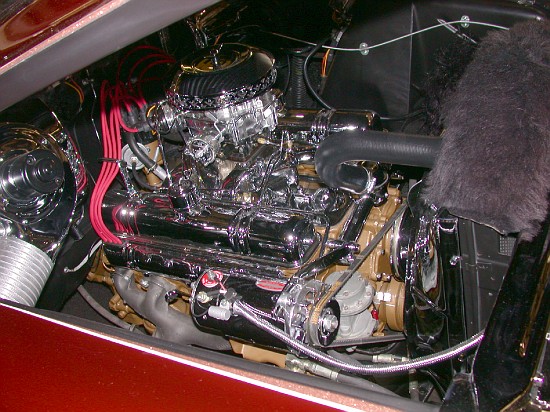 The wheels were Cadillac wires adapted with spacers. The interior of the car was upholstered by Paul's Custom Upholstery Shop. It featured a console, FM radio, record player, bucket seats and fur trim. Under the hood all of the detail pieces of the engine were chromed. Once completed the build had cost Roy $8,000. USD. 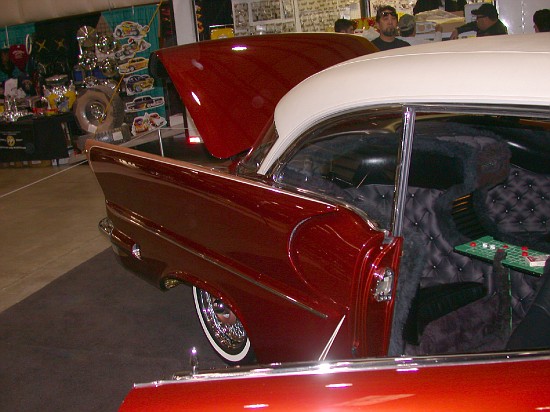 Larry Watson resprayed the BuSonic green in late 1964. In 1968 the car went into storage. Jim Breazeale found the car and decided to restore it back to its 1963 incarnation. Jim had the Watson-applied spray replicated in modern candies, metallics and flake. The restored version was painted by Don Heckman. Jamie Stormes did the pinstriping. 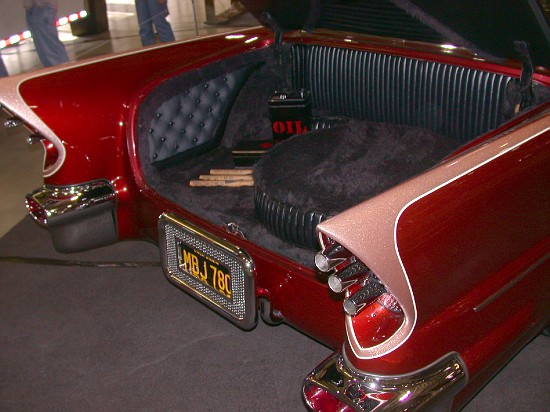 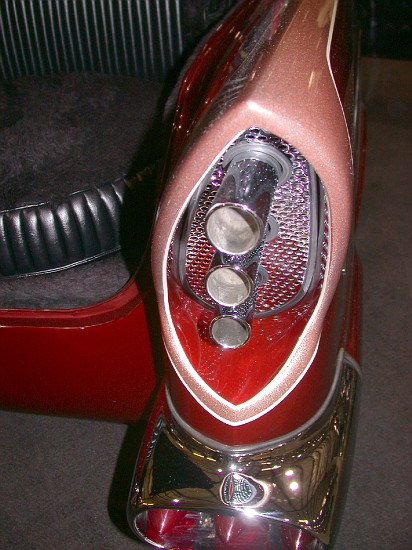 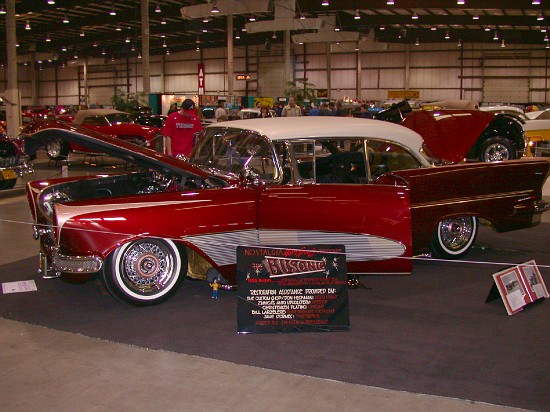 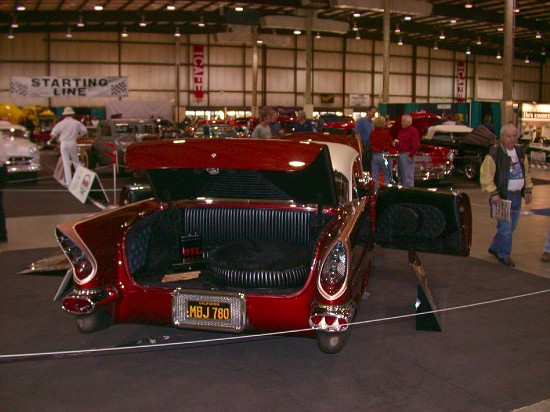 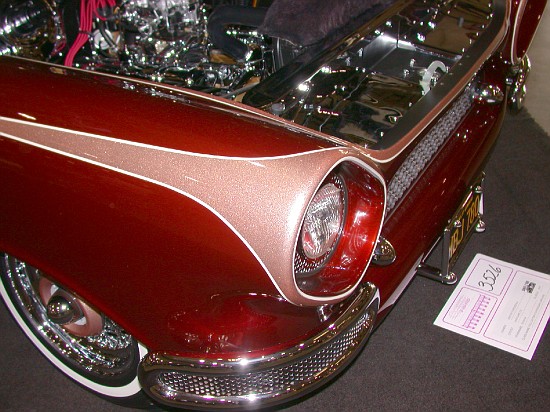 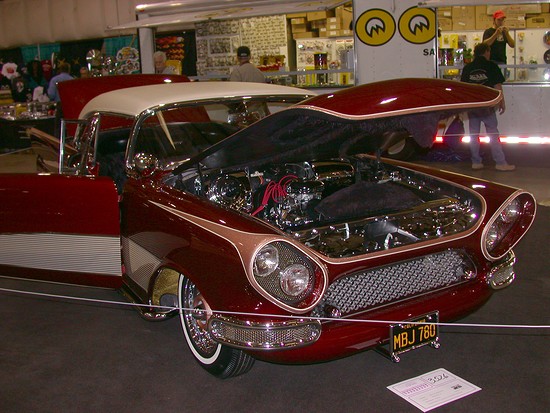 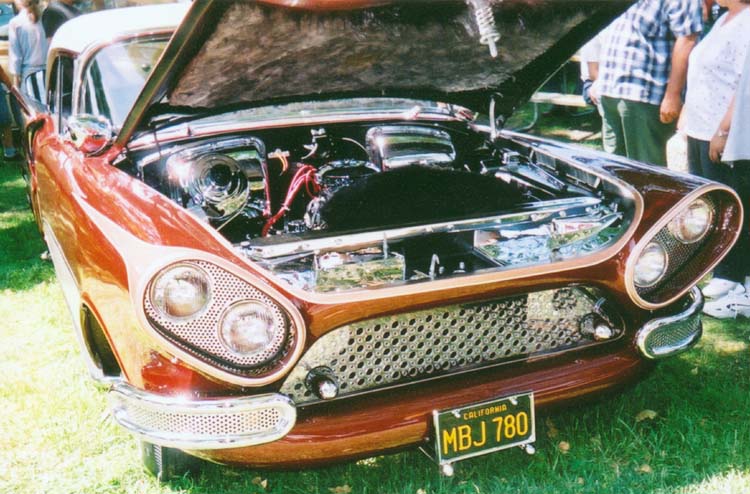 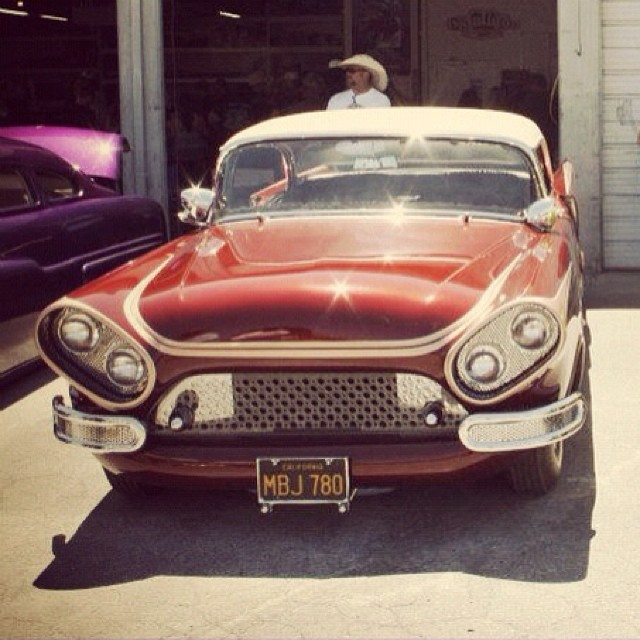 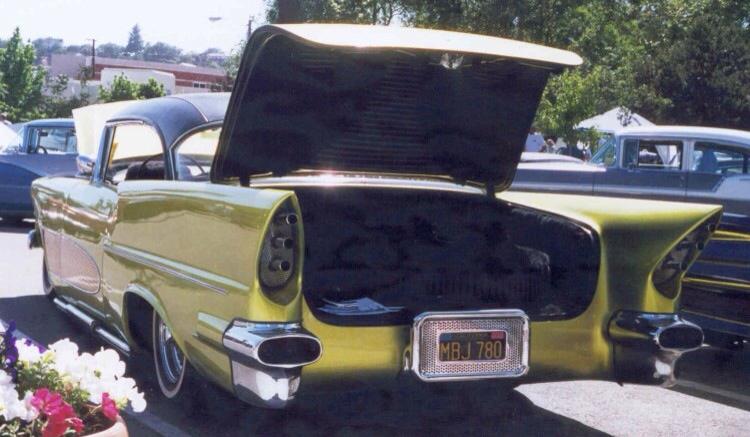 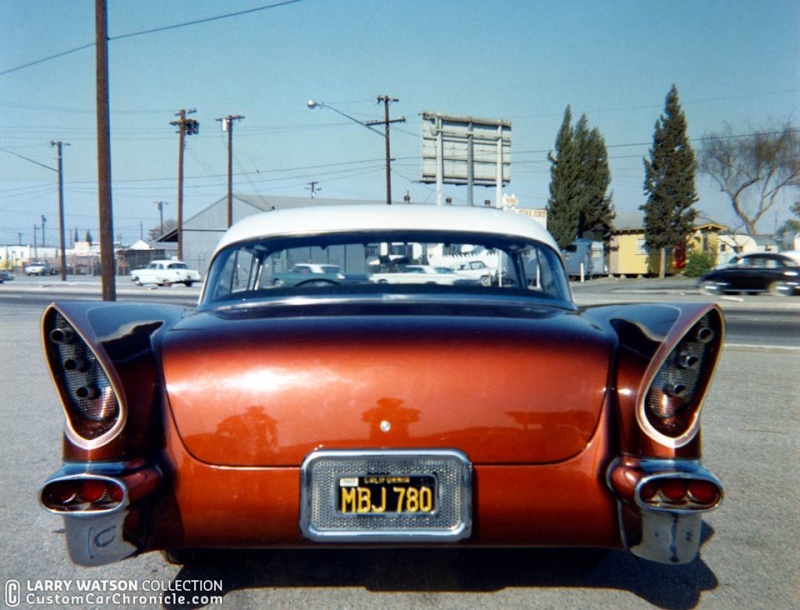 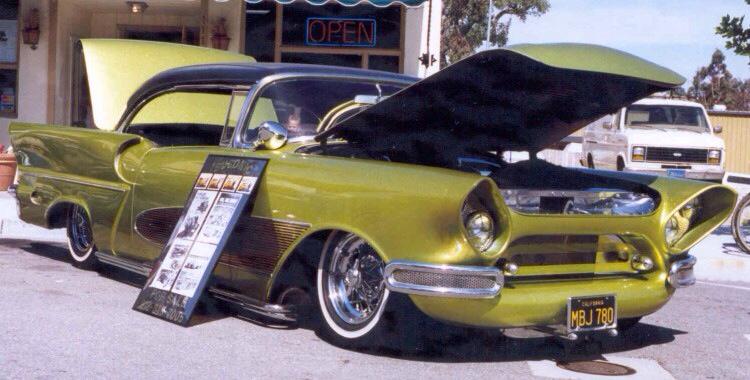 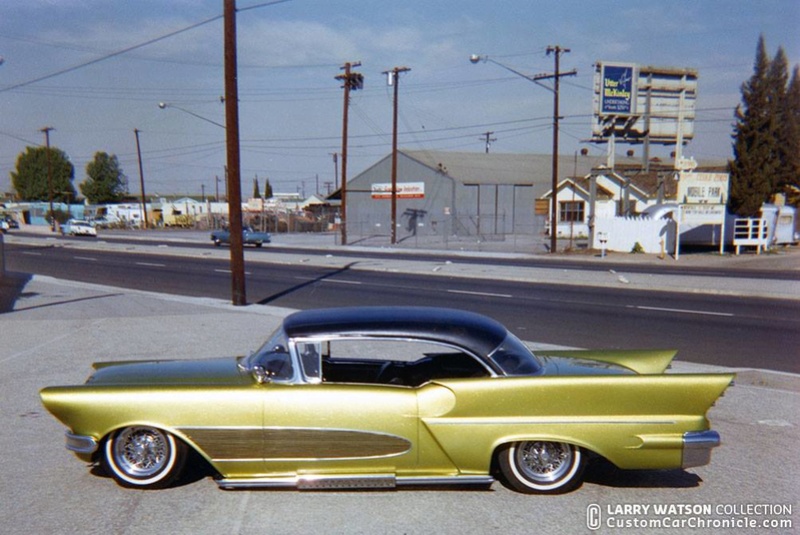 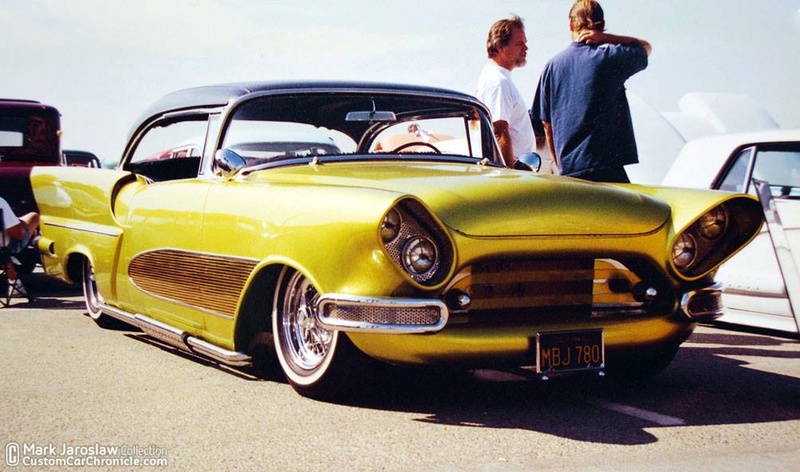 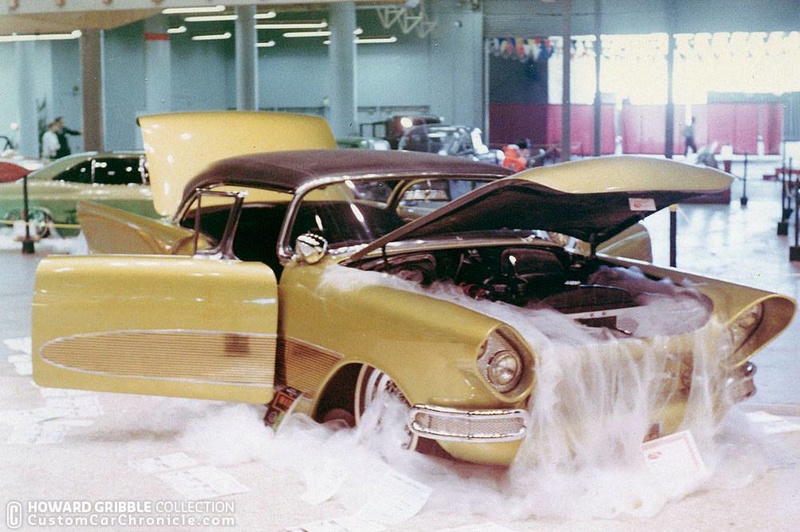 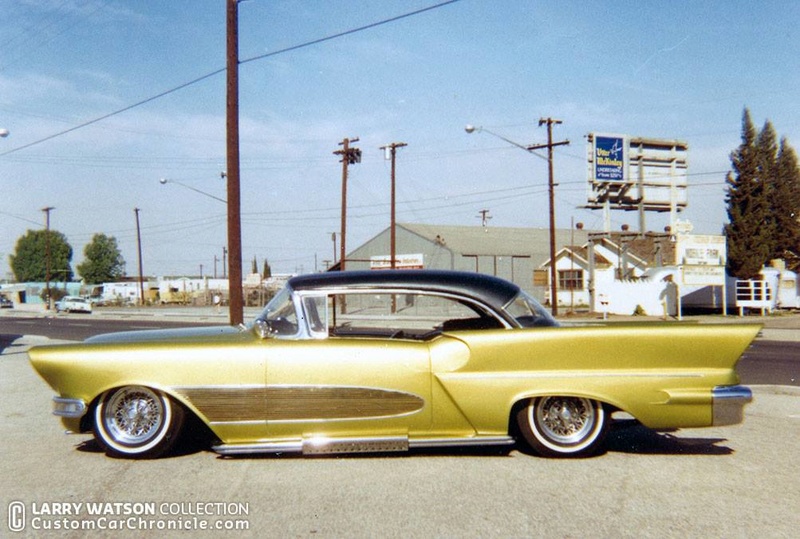 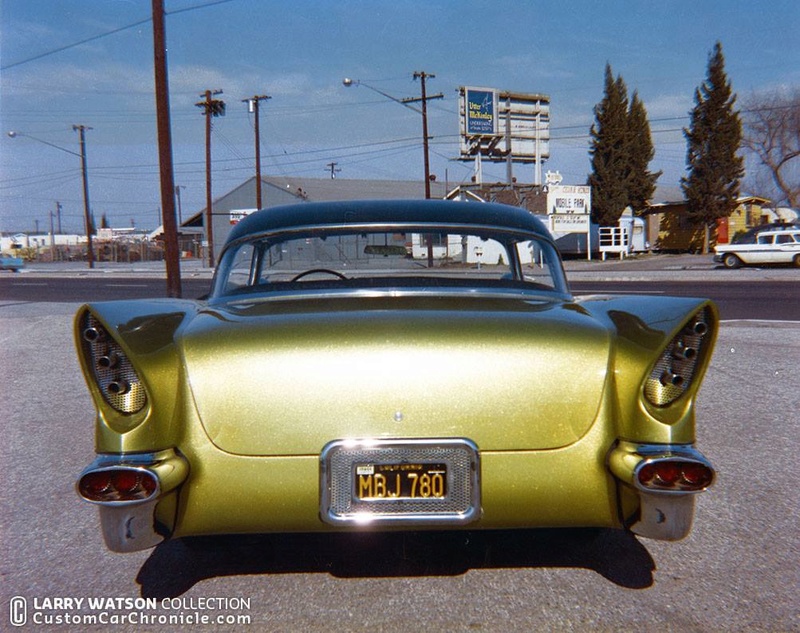 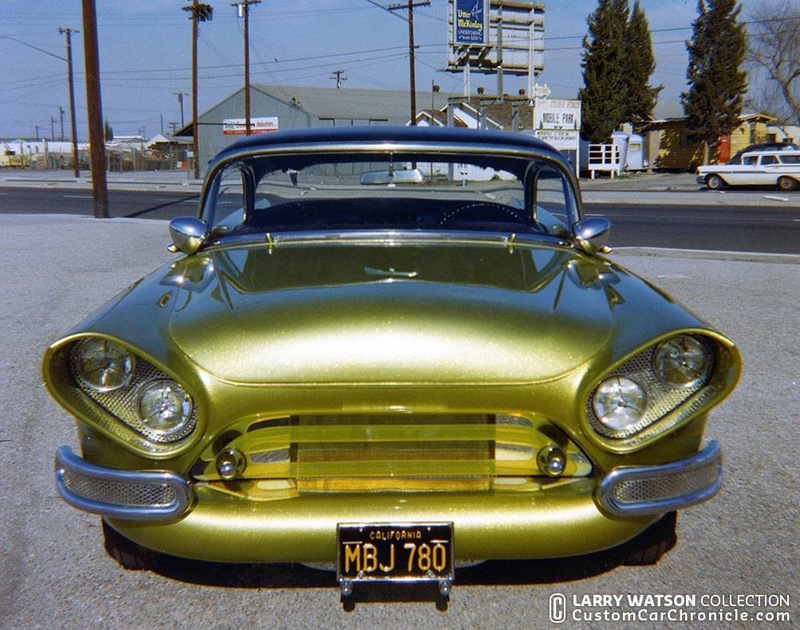 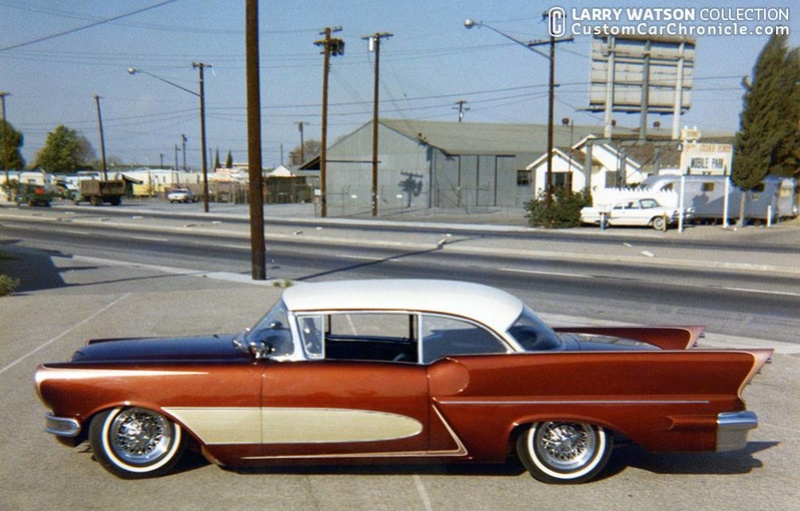 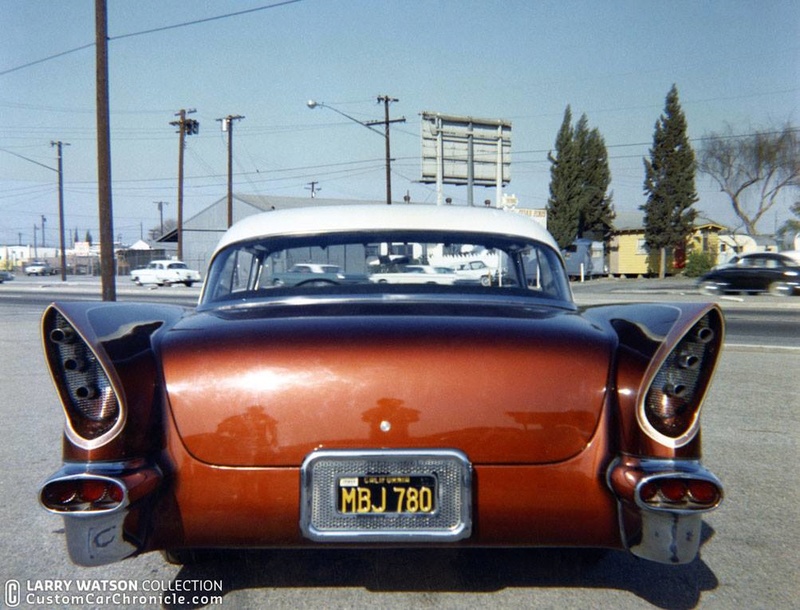 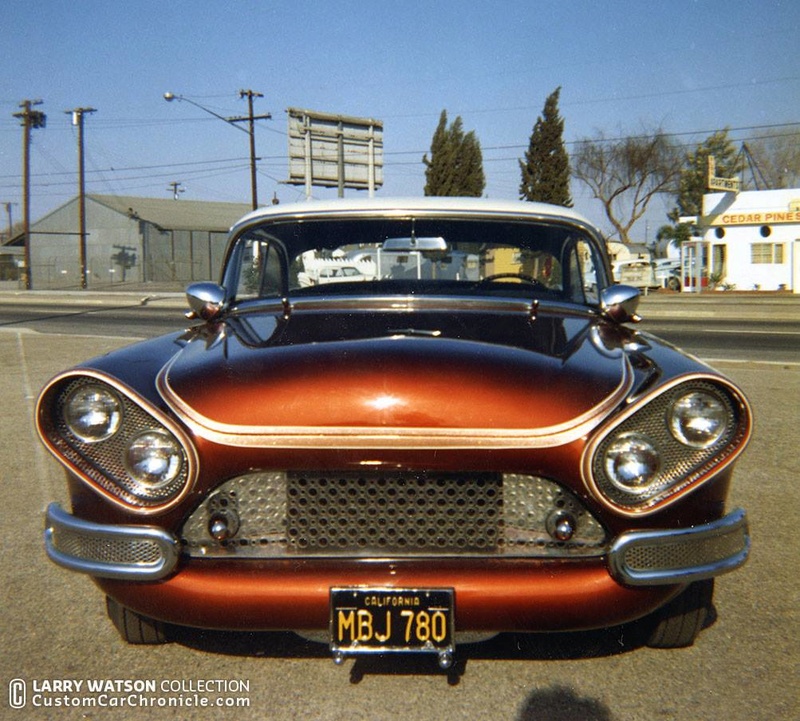 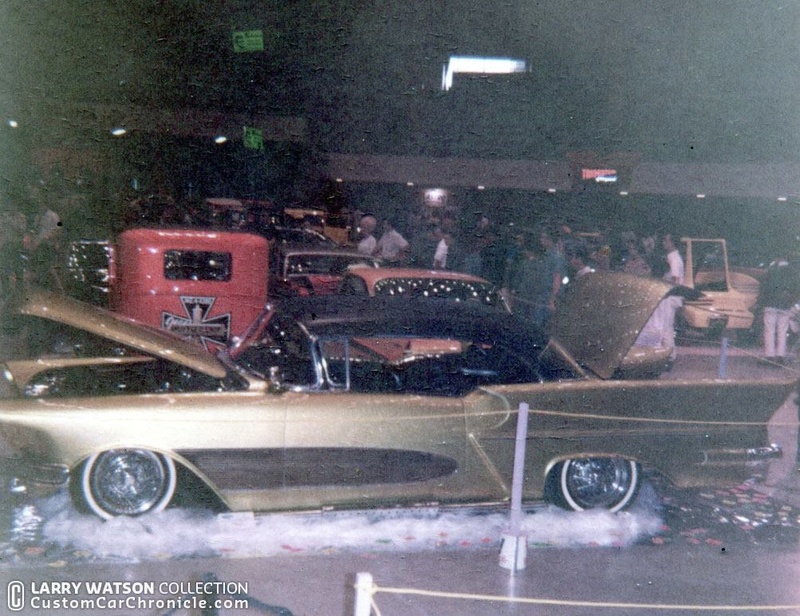 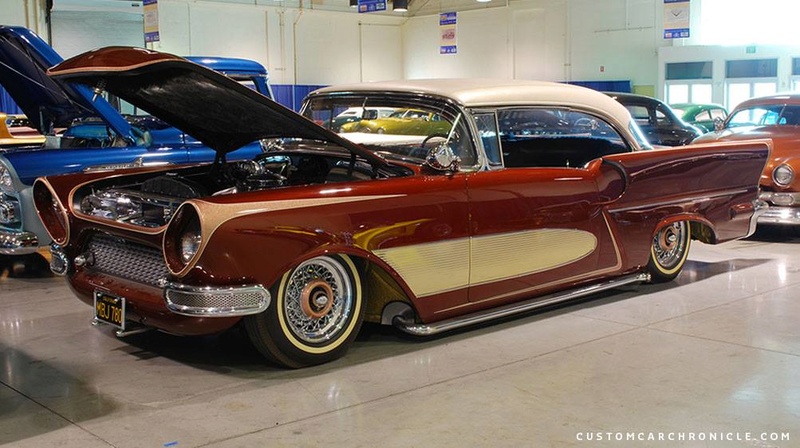